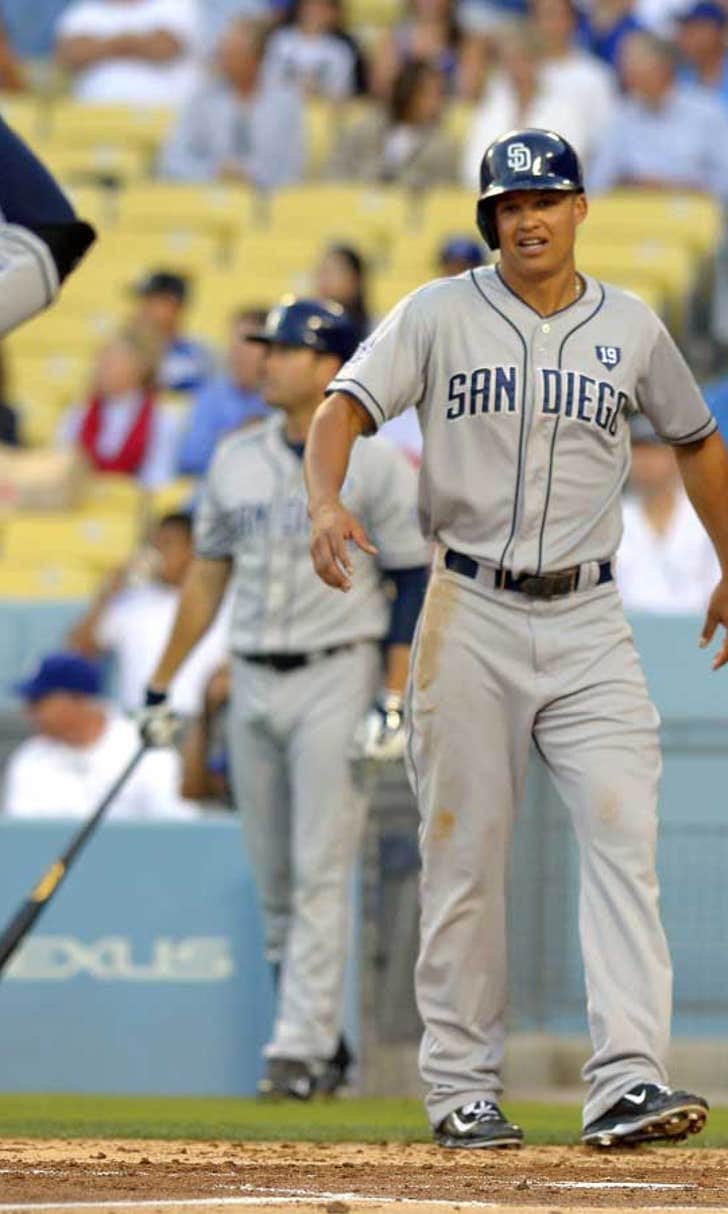 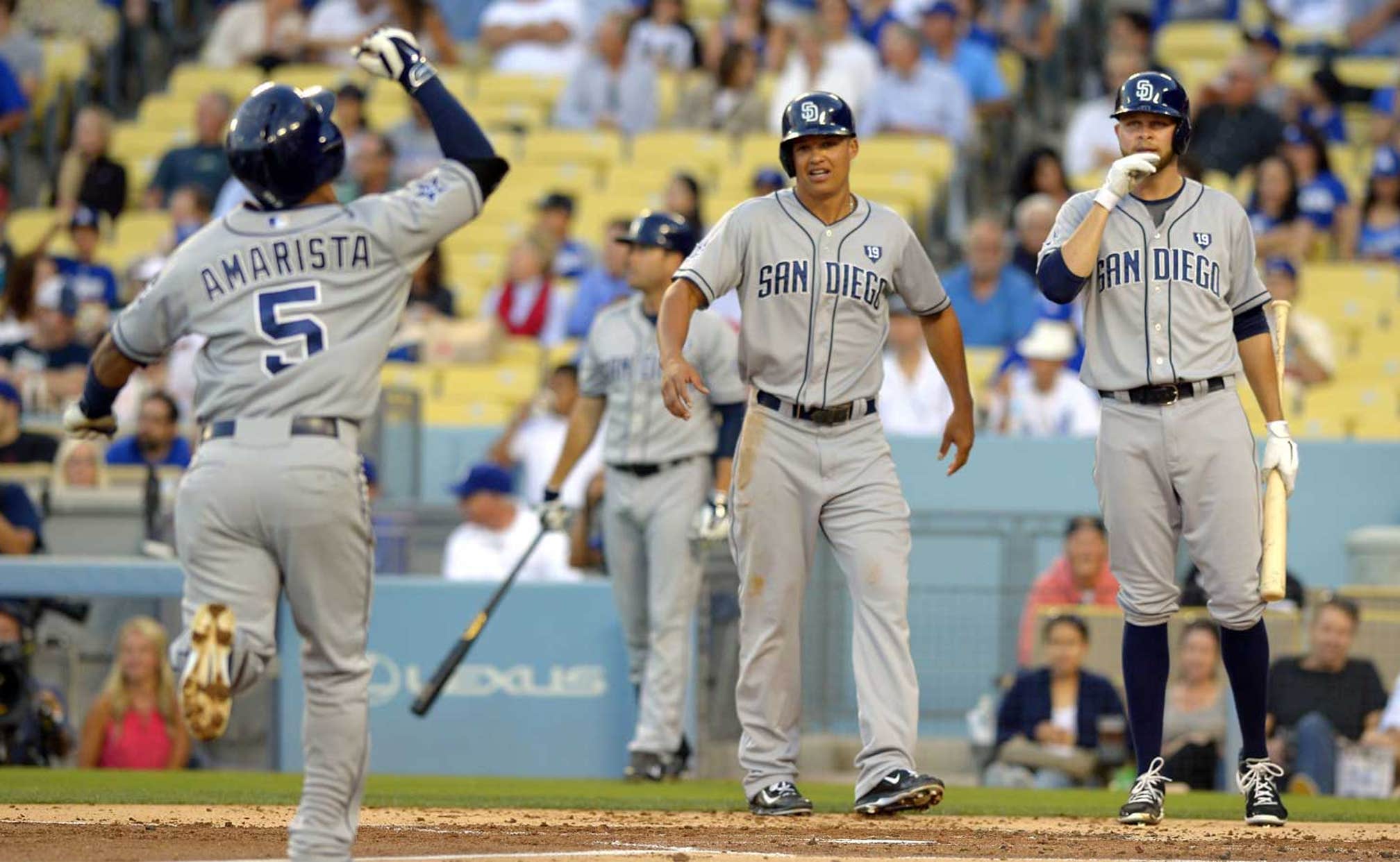 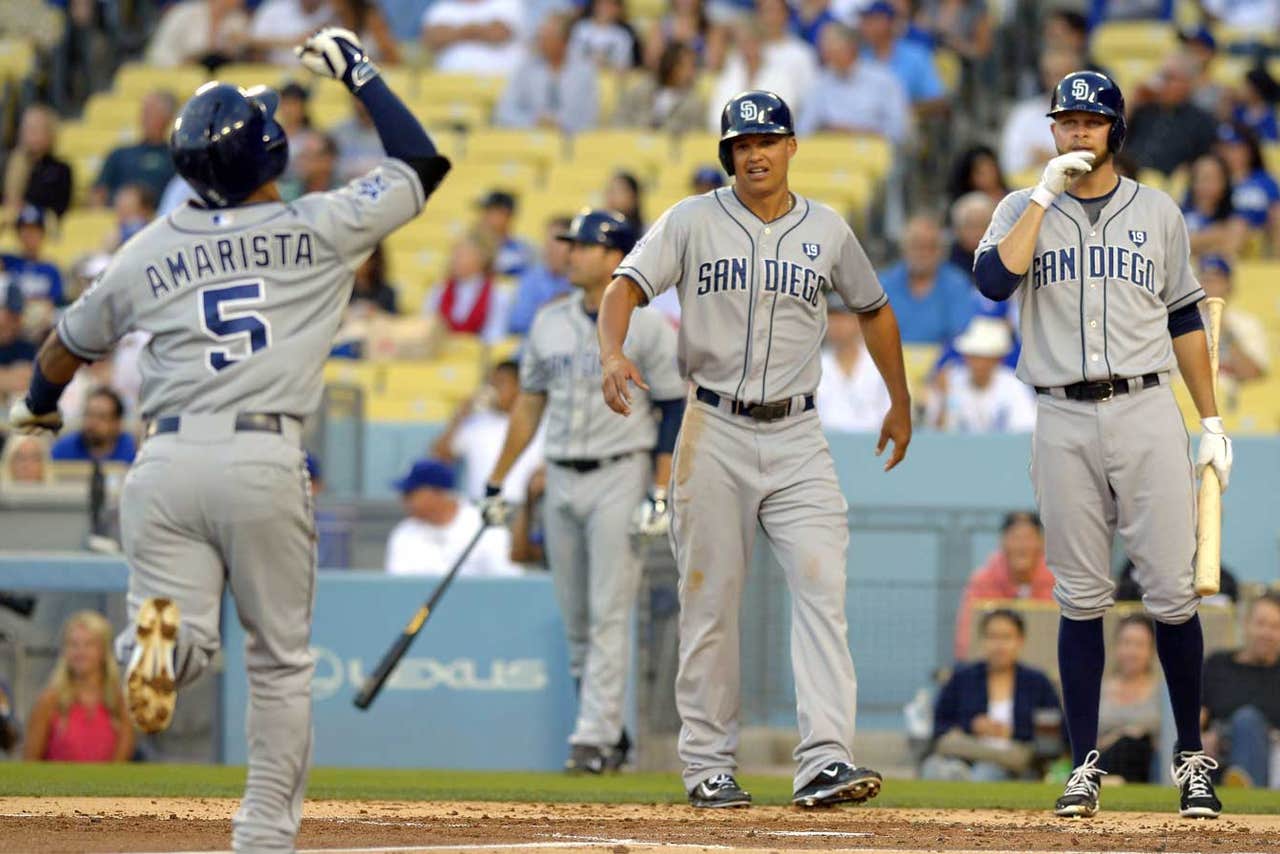 LOS ANGELES (AP) -- Jesse Hahn has given the San Diego Padres more than they bargained for when they acquired him and reliever Alex Torres during the winter in seven-player trade with the Tampa Bay Rays.

"Jesse's been a pleasant surprise, no doubt about it," manager Bud Black said. "You never know what to expect from a young player. But we liked what we saw in spring training, as far as the makeup and his stuff."

"We know where he's been the last couple of years, coming off Tommy John surgery. Having him on a slower track, our scouts and our front office really felt that there was something in this guy," he said.

Hahn (5-2) allowed a run and three hits, struck out six and walked four in his seventh major league start. The 24-year-old right-hander has a 1.46 ERA over his last six outings since Pittsburgh beat him 4-1 on June 3 in his big league debut at Petco Park.

"I had a little bit of adrenaline going, but after that first inning I kind of calmed down and was able to throw strikes," said Hahn, who fared well with this curveball and two-seam fastball. "This is the first year I've been able to throw deep into games, and I'm still getting used to that. Being able to go six or seven is going to help me build my confidence."

"When you just throw the ball and let them hit it, knowing that you've got a great defense behind you, it makes pitching a lot easier," he added. "And it's always easier when you have a big league like that because you can go ahead and attack the hitters."

Padres right-hander Blaine Boyer took over for Hahn, giving up a leadoff double to Drew Butera and a walk to Carl Crawford. That ended Boyer's season-opening string of 26 consecutive plate appearances by right-handed batters without a hit or a walk -- the longest such streak since STATS began tracking data in 1974.

First-time All-Star Yasiel Puig chased Boyer with an RBI double, the first run off him this season in 14 innings. Adrian Gonzalez hit a sacrifice fly against Torres, but Quentin turned it into an inning-ending double play by throwing to third baseman Chase Headley for the tag on the over-aggressive Puig after Dee Gordon crossed the plate.

"They were knocking on the door in that inning and put Blaine in a little bit of a crisis, so we had to go to Alex," Black said. "He got the flyball from Gonzo, and Carlos got behind that ball and made a nice strong throw. If Puig doesn't go, obviously we have to get another out. So that was a huge play for us."

Joaquin Benoit escaped an eighth-inning jam, striking out Juan Uribe and Miguel Rojas with runners at second and third and retiring Crawford on a grounder with the bases loaded after a full-count walk to pinch-hitter A.J. Ellis.

Huston Street pitched a perfect ninth for his 24th save in 25 chances.

Quentin, who entered Friday batting .165 with 14 RBIs in 42 games, hit an RBI double in the fifth off Dan Haren and extended the Padres' lead to 6-1 in the sixth with a bases-loaded two-run single against Jamey Wright. The three RBIs gave the Padres' left fielder two more than he had in his previous 34 at-bats combined.

"Carlos has to get going, there's no doubt about it," Black said. "He's working with Phil (hitting coach Plantier) on a couple of things, and nights like this can really pick a guy up."

The Dodgers' third loss in four games, coupled with San Francisco's 5-0 win over Arizona, dropped the defending NL West champions into a virtual tie with the Giants for the division lead.

Haren (8-6) gave up four runs and six hits in his third start against the Padres and second loss to them in three weeks, throwing 102 pitches in four-plus innings. He came in 4-1 with a 2.96 ERA in his eight previous home starts this year.

"I felt fine, but that doesn't really mean much. Regardless of how I felt the results were terrible," Haren said. "I'm just not getting it done for us. I'm searching right now. I went through a similar thing last year, but then the All-Star break came and I was able to kind of turn the page and string together some good ones."

Matt Kemp opened the scoring in the Dodgers' first with an RBI single, but the Padres responded in the second with Amarista's third home run after Will Venable reached on a strikeout-wild pitch past Butera. Amarista and Haren were teammates with the Angels in 2011 and 2012.

Haren has allowed 19 homers -- tying the Padres' Eric Stults for second-most in the NL behind the 27 served up by Milwaukee's Marco Estrada.

The Padres increased the margin to 4-1 with two runs in the fifth. Headley, whose homer in Thursday's series opener ended Clayton Kershaw's string of 41 consecutive scoreless innings, drove in Seth Smith from first base with a double. Quentin followed with another double on Haren's 103rd and final pitch.

NOTES: Haren has allowed at least one home run in 11 of his last 12 starts. But none of the last 30 home runs hit against him have come with more than one man on base. ... The Padres' rotation has a 1.74 ERA over the last 11 games.