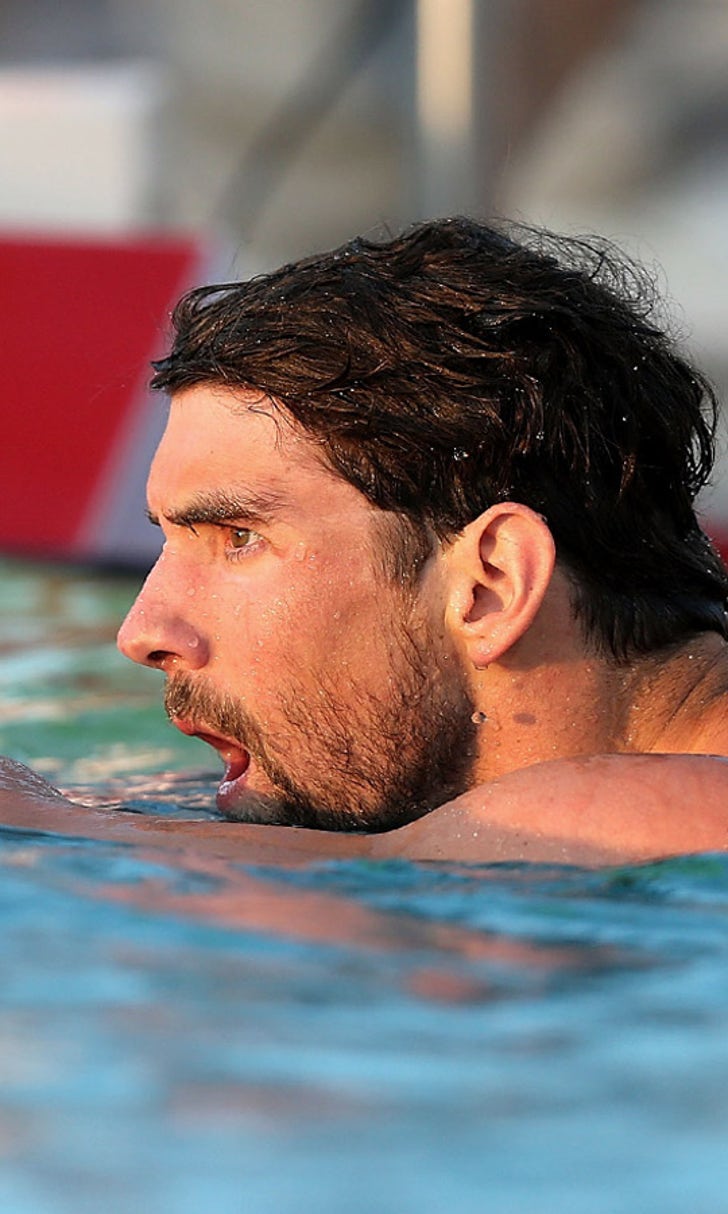 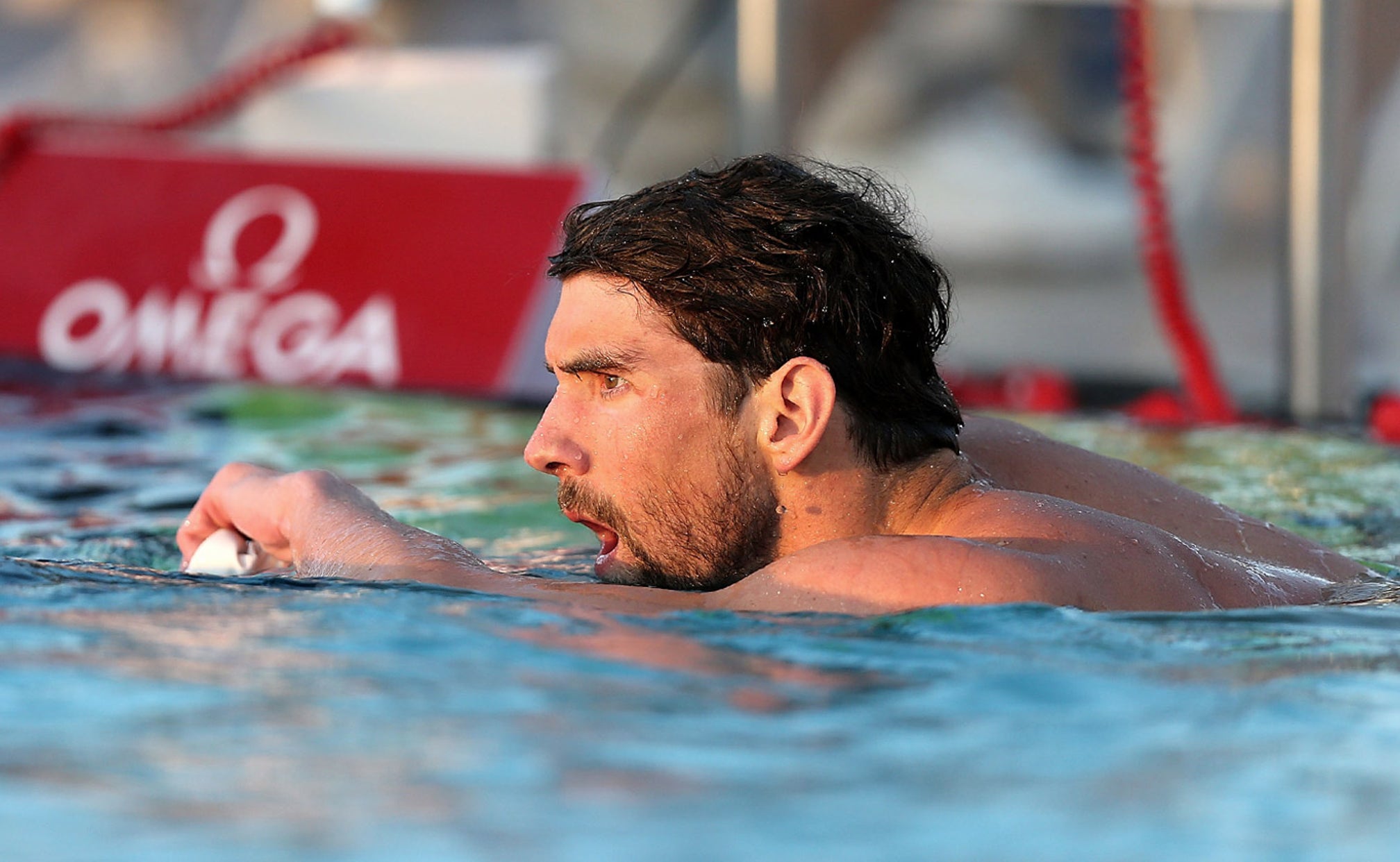 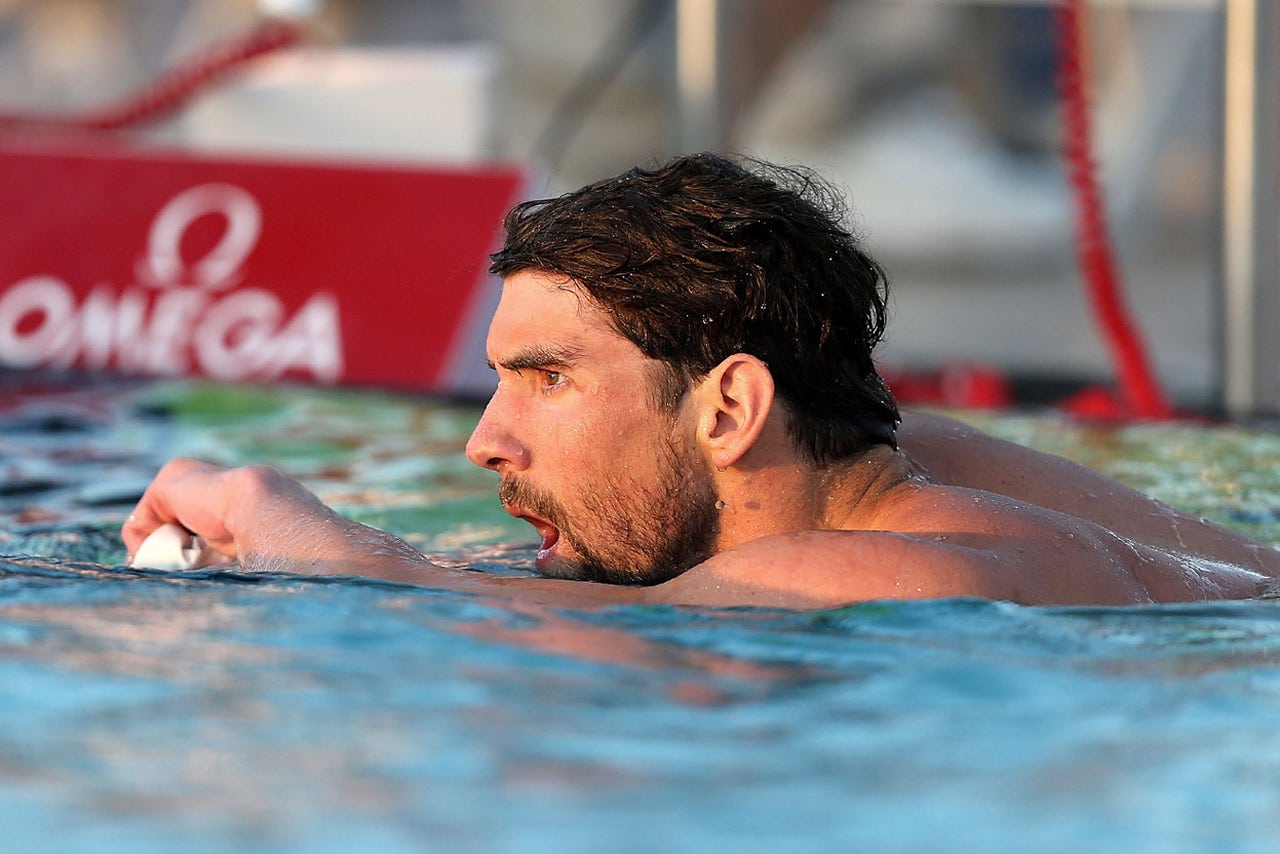 Michael Phelps felt something coming off the wall in the 100-meter freestyle, a sensation he hadn't experienced since resuming training four months ago.

It was like a switch flipped in the 18-time Olympic gold medalist.

He zoomed off the wall in lane seven, rallying from last to win in 49.72 seconds Saturday night in his comeback from a six-month suspension at the Arena Pro Swim Series.

"As soon as I was under water I just started kicking and one of the kicks I just felt something different that I hadn't felt before," Phelps said. "I don't know if that was the switching gear in knowing how to race again or what. I haven't felt that switch in anything."

Ryan Lochte came in as the fastest qualifier and finished second at 49.77, while fellow Olympian Conor Dwyer took third in 50.02.

Katie Ledecky won her fourth event of the meet in the 800 free. She briefly dipped under world-record pace before coming home in 8:13.02. The high school senior from Maryland also won the 200, 400 and 1,500 freestyles.

"I try to be consistent," she said. "I'm training really well, that gives me a lot of confidence."

Phelps, Lochte and Dwyer returned for the 100 free about 25 minutes after competing in the 200 individual medley.

"It's feels like old times," Lochte said about resuming his long rivalry with Phelps.

Phelps handled quick turnarounds easily during his historic run to eight gold medals at the 2008 Olympics. He had some doubts this time, having not competed since August.

"I don't know if having a tight turnaround like that is better for me," he said. "I always have in the past kind of seemed to do better in situations like that."

Phelps was suspended by USA Swimming after his second drunken driving arrest last fall. He won the 100 butterfly, finished third in the 200 individual medley and didn't make the final in the 400 free during the four-day meet.

"I was pleased with the IM because he kind of showed a little spark there, which he hadn't yet this meet," his coach Bob Bowman said. "These times are very good to start from. As we go along, we can compare off of this."

Lochte is tuning up for the world championships in Russia in August.

"My times aren't spectacular, but I know my effort and my overall attitude toward swimming is perfect," Lochte said after the preliminaries. "I'm happy where I'm at right now, and hopefully I get better and better."

Phelps has been banned from worlds as part of his punishment by the sport's U.S. governing body. He's planning to compete in Charlotte next month and likely Santa Clara, California, in June before U.S. nationals in August, which will be held at the same time as worlds.

Three-time Olympian Katinka Hosszu of Hungary won the 200 IM in 2:11.40 for her third victory of the meet. She came back later to finish second behind two-time Olympic champion Kirsty Coventry of Zimbabwe in the 200 backstroke.

Arianna Vanderpool-Wallace of the Bahamas completed a sweep of the women's sprints, adding the 50 free to the 100 she won earlier. She finished in 54.18 seconds, ahead of Olympian Allison Schmitt, who touched in 55.35.

The final was missing 12-time Olympic medalist Natalie Coughlin, who was the fastest qualifier in the morning with the exact same time as Vanderpool-Wallace in the final. Coughlin scratched the final in order to return home to California. Also scratching were Ledecky, while Simone Manuel and Lia Neal also headed home.