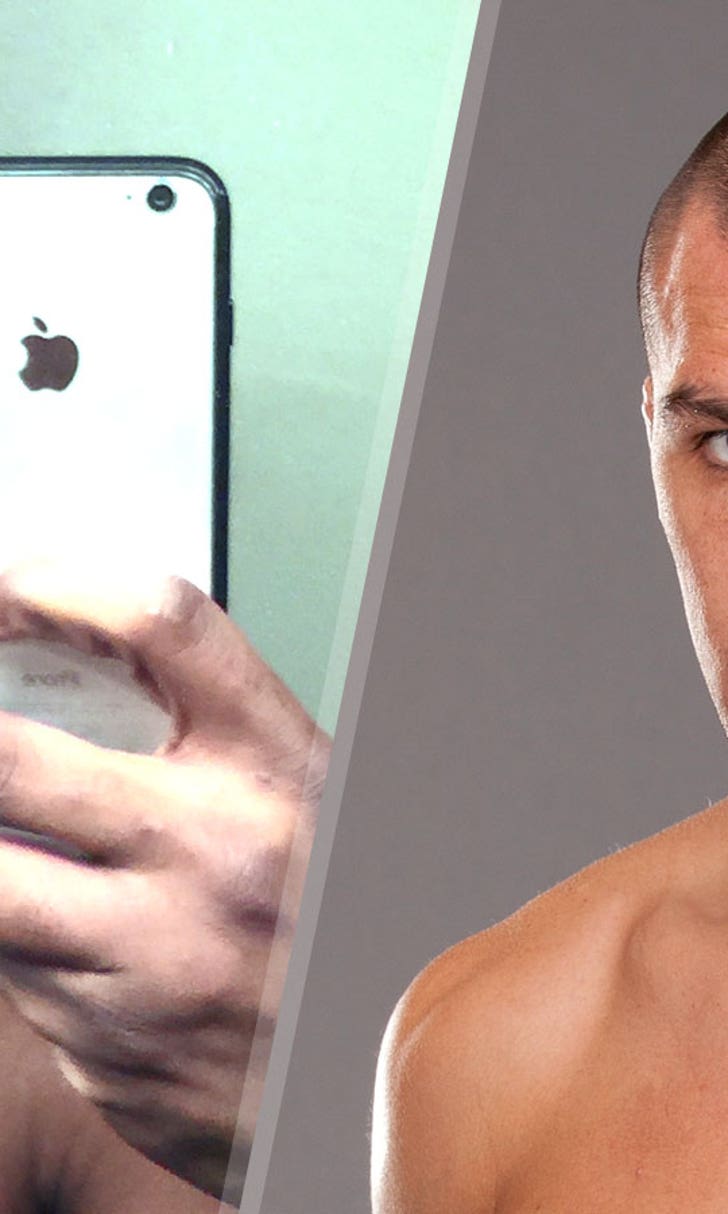 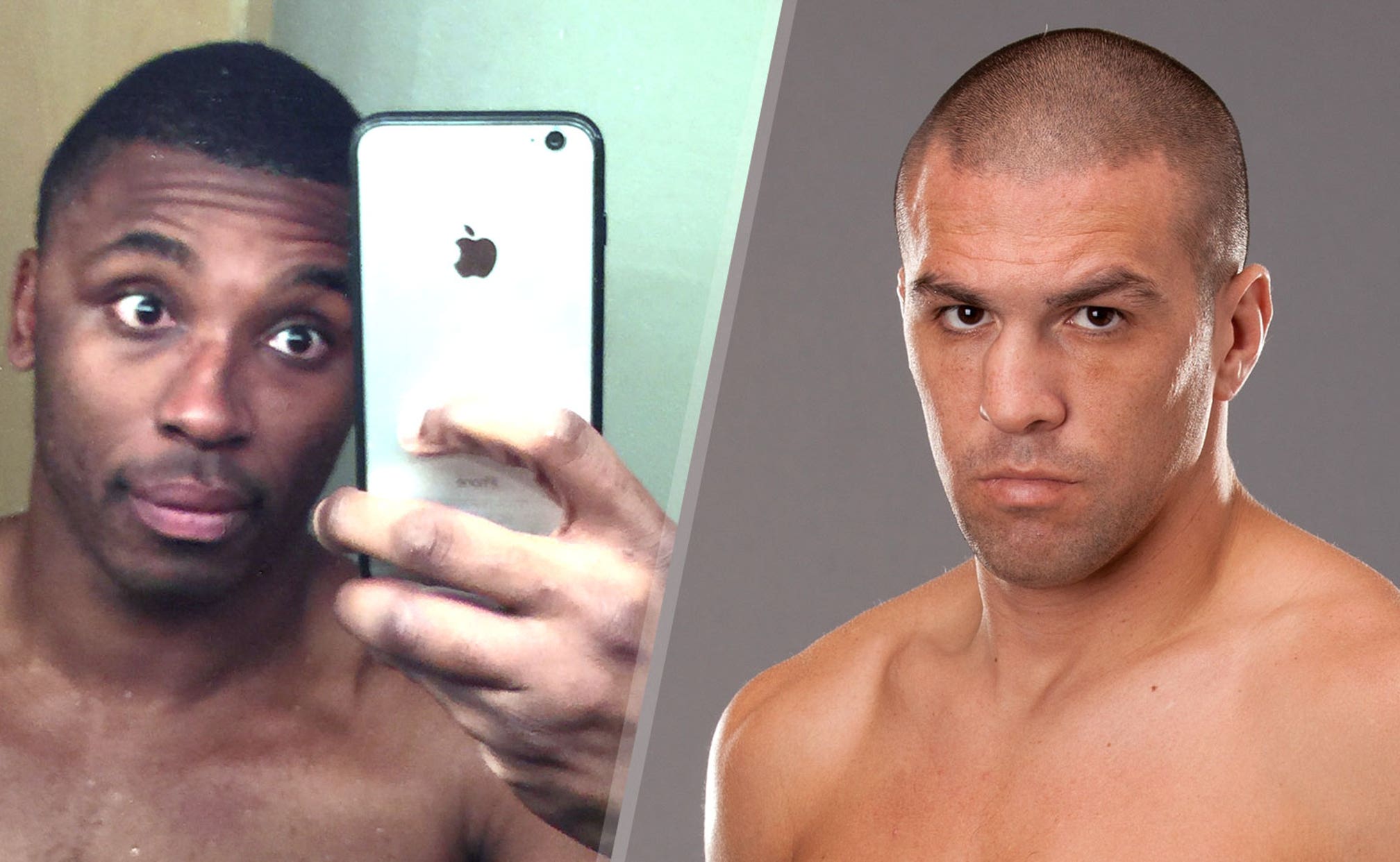 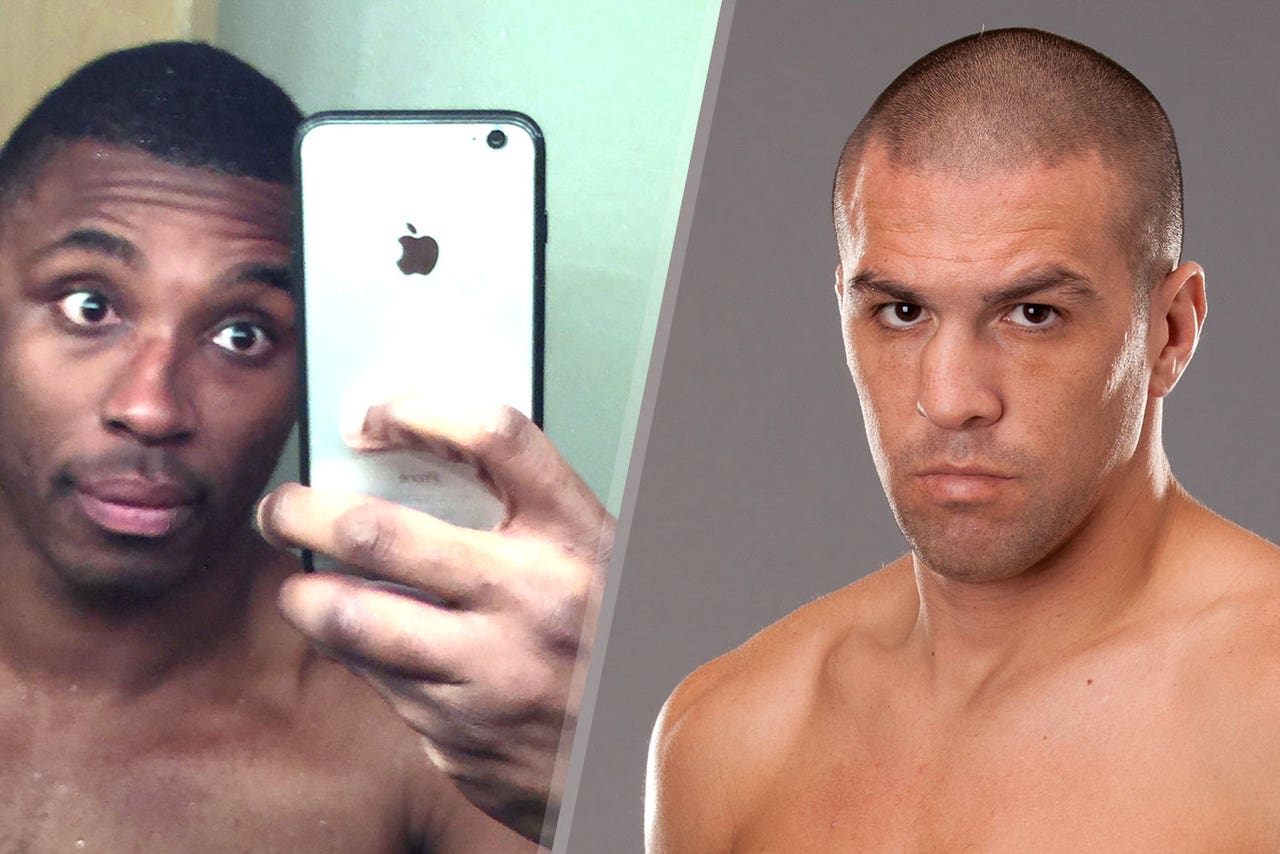 When Patrick Martin decided to spar former UFC fighter Josh Neer at his home gym in Iowa, he never imagined it would spawn into the viral video that was released earlier this week.

The video shows Neer on top of Martin dropping several heavy elbows and punches before being dragged off by two other men.  As he was being pulled away, Neer kicks Martin directly in the face as he lays virtually motionless on the ground.

Neer painted the situation as a fighter standing up to a bully and heckler who was trash talking him in a series of text messages and Facebook exchanges, but now Martin is speaking out about the incident and telling his side of the story.

According to Martin, he actually went to Neer's gym to join as a member and it was only after a wrestling drill where the veteran fighter was mocking him for his performance where he finally ended up in the altercation.

"I come into the gym, pay the membership and it was the first time I'd ever seen him. I come back two days from then and they were doing wrestling takedown drills and I was working with a coach and he was teaching us doing the drill and we went live like three minutes later.  So we went live and I got tired and winded in the drill," Martin explained when speaking to FOX Sports.

"We were standing up and going back down and I was getting some cardio out of it and that's what the drill was and he started disrespecting me after we were done.  Him and this other guy Victor were on the other side of the gym just talking s--t in the corner."

Martin says he ran into Neer again at a local kickboxing event and for reasons he doesn't understand, the two of them just didn't get along and their personalities clashed right away.  Eventually, Martin and Neer started exchanging messages back and forth as well as through Facebook.

It was only after Neer started talking down to him that Martin claims he fired back by questioning the former UFC fighter's credentials.

"I respect everything he does and obviously he has a career history and he's been to the UFC and I wasn't trying to disrespect him. It was only after he started disrespecting me that I started pointing out my critiques about his career," Martin said.

After going back and forth through messages, Martin finally offered to come back into the gym and spar with Neer and another fighter on the same day.  The idea was Martin would spar Neer for three minutes, take a one-minute break and then spar the other fighter from the gym like many fighters do as they are preparing for a fight.

Martin explains how the entire incident unfolding while also stating that Neer's strikes that are shown in the video are akin to a sucker punch after the round had already ended and they were supposed to separate with the sparring session concluded.

"We weren't in a cage or anything, we were just on the mats where the MMA classes are at and so I come in and I was supposed to spar two fighters at the gym. Neer was like 'which one do you want first?" and I said 'I'll take you first'.  So I was going to do three minutes with him and three minutes with the other guy.  I had boxing gloves, which you see on the video and he had UFC gloves.  It didn't matter," Martin said.

"I put the gloves on and he made the comment "I won't even need a round".  We get going after the bell and we start sparring.  Right before the bell was ringing we were clinched up and as soon as the bell sounded we were talking back and forth and I said 'I told you, you weren't going to do what you thought you were going to do' and my mouthpiece fell out and then I go to turn around because now it's over and pick up my mouthpiece and that's when he speared me and took me down and I'm in a side position when he did it, and that's when the elbows came."

Martin says once Neer put him on the mat is when the video was edited to show the final few seconds after the sparring session was already supposed to be over.  Martin says the whole video of the entire sparring session exists, but Neer's coaches were the ones shooting it so he's unsure if it will ever see the light of day.

"He started swinging with punches and that's when the coaches came and got him up off me and he threw the kick," Martin said.  "The round was over and everyone listens to the bell training or sparring or whatever, so it's not like he didn't hear the bell or trip or something.  If they think I'm lying, just show the tape.  Cause there was obviously more than the 13-seconds they showed in the video.  That 15 seconds was after the bell."

While the strikes thrown by Neer in the video look vicious and Martin seems defenseless through the last few couple of shots, he says he didn't endure any actual damage from the blows.  Martin argued immediately when the fight was over, but it didn't take long for him to gain his composure and leave the gym.

"After it was over, the coach started yelling me 'get out of here!' and I'm yelling back that I got sucker punched and I'm still holding my ground and I had a friend there and he went over to try to help me out," Martin said.  "I got out of there and nothing else happened."

The video posted online immediately went viral with every MMA outlet talking about the incident not to mention TMZ picking up on the story as well. The brutal nature of the video even got the Iowa athletic commission involved, but ultimately because the fight happened in a private gym, they have no authority to do anything to Neer as punishment.

As far as legal ramifications, Martin says there was never a time he even contemplating filing charges against Neer for the incident.  As upset as he was about getting sucker punched, Martin says at the end of the day it was two guys fighting in a gym and bad things happen sometimes.

"No way, I would never file charges. I don't feel like I was assaulted," Martin said.   "A lot of stuff goes on without cameras inside of gyms.  That's just a gym mannerism.  I'm not trying to shut down a gym. That would be pretty selfish of me.  It takes two people to do anything in any disagreement and I'll take the blame just as much as Neer.  I'm not going to play a victim or anything."

As far as the future goes, Martin has actually received some offers to do a MMA fight and he's interested in pursuing it but fighting isn't his first love or a job he plans on doing full time.  When it comes to Neer, Martin isn't trying to set up some kind of rematch with the 50-fight veteran.

Because of the edited nature of the video, Martin just wanted to get his side of the story out and prove that he wasn't afraid of Neer even after everything that happened.

"The truth will always come out.  That's why you don't lie.  He turns this story into a heckler or a bully or whatever and I'm just trying to tell the truth because he told this lie. I know what happened," Martin said.

"I proved I'm not scared of him and I'm still not scared of him.  Am I going to press it?  It's up to him.  I'm not going to shy away from anything.  Especially not now after it's been blown up to this point.  Yes, I would definitely do it, but there's no retaliation from me.  If he wants to spar or fight again and he's aware he's giving up like 50 pounds, we can do it."