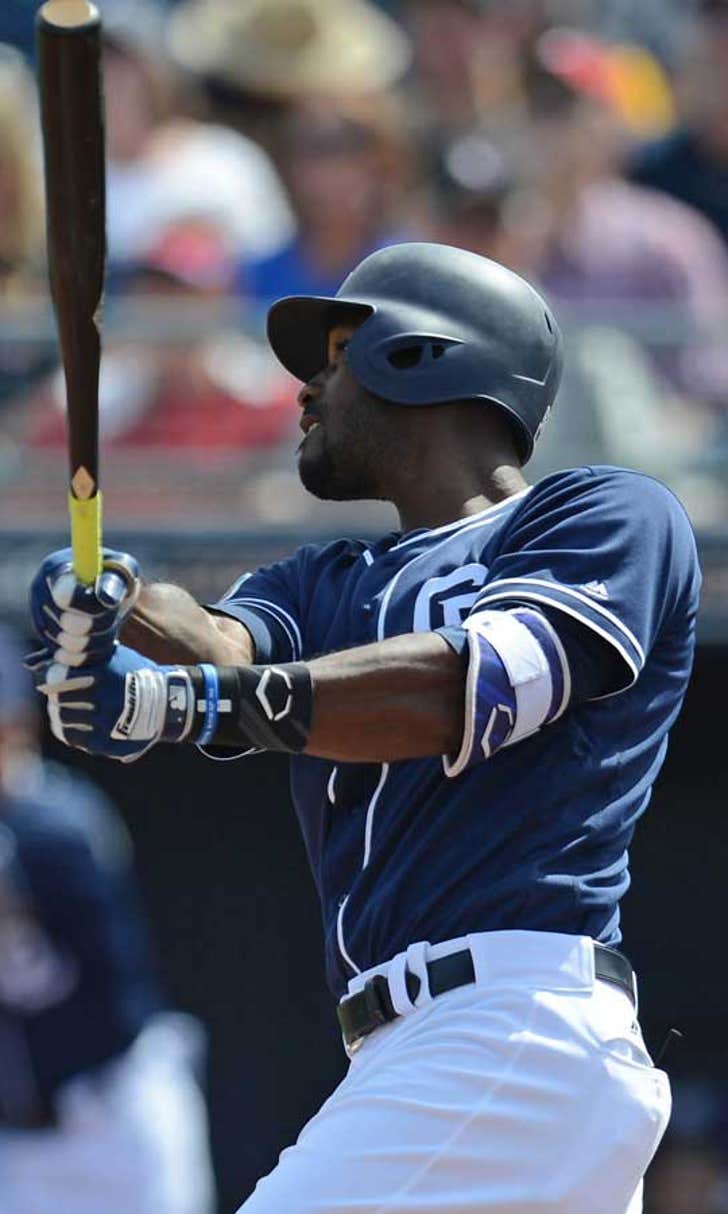 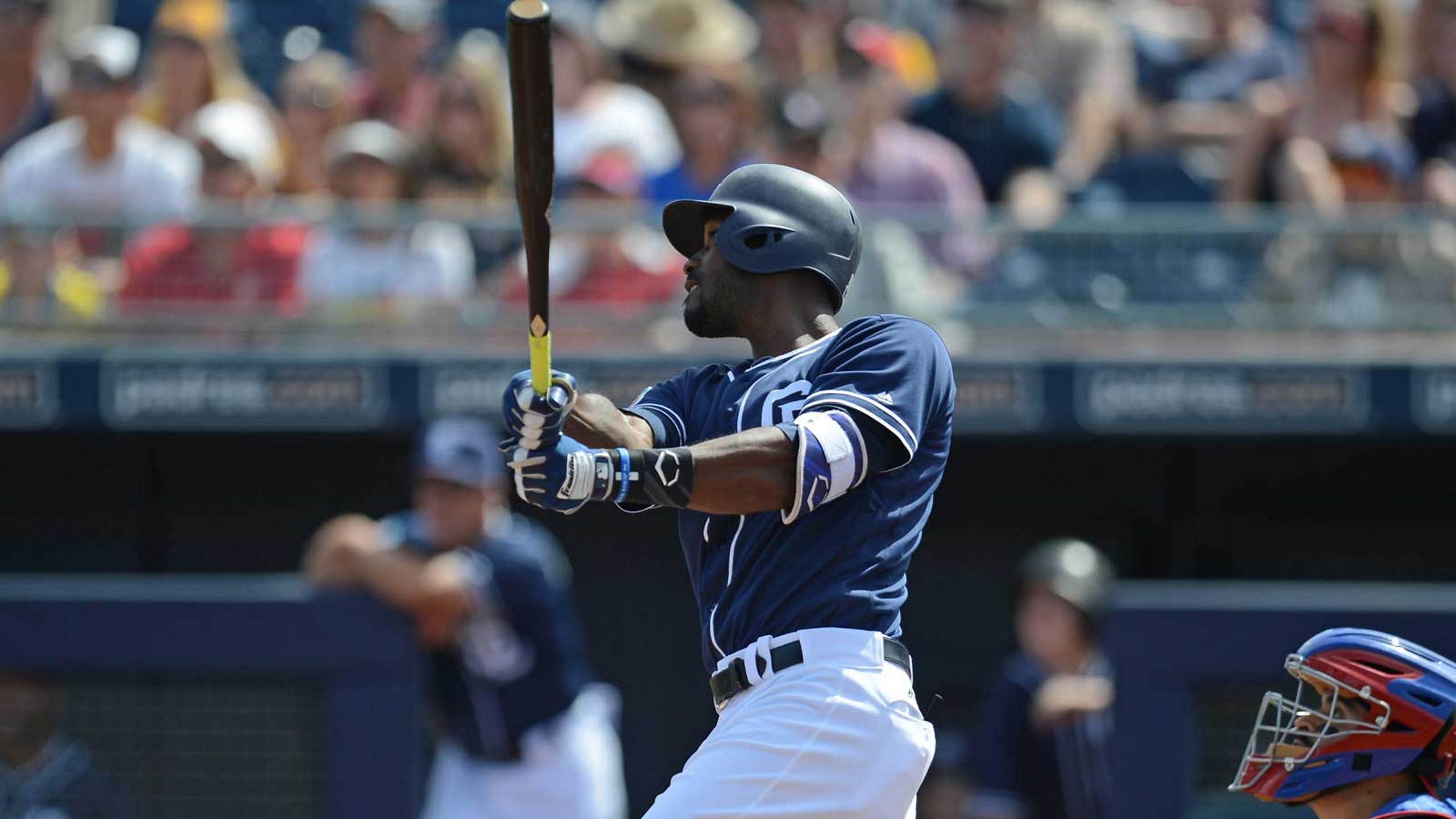 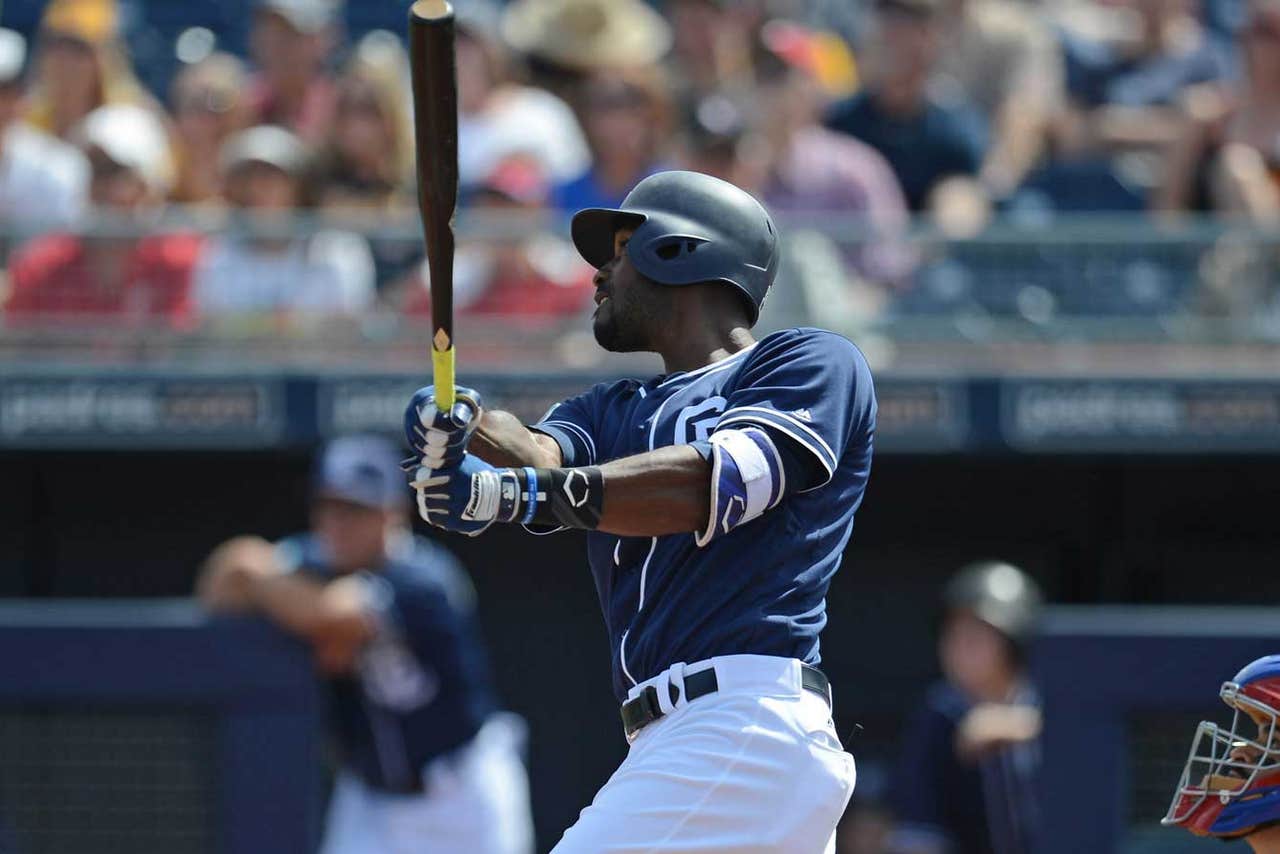 PEORIA, Ariz. (AP) -- Derek Norris hit a two-run homer, doubled in two more and threw out a pair of runners trying to steal, leading the San Diego Padres to a 17-5 victory over the Texas Rangers on Tuesday.

Jabari Blash also homered for the Padres, who scored nine runs in the first four innings against Rangers starter Colby Lewis. Cory Spangenberg went 2 for 3 and drove in two, and Alexi Amarista had two hits and two RBIs for San Diego.

"A few of the guys are starting to swing better. Especially the guys we're going to rely on this year. They're getting more comfortable in the box," Padres manager Andy Green said.

Lewis gave up 11 hits in 4 2-3 innings with one strikeout. Hanser Alberto hit a three-run homer for Texas, and Shin-Soo Choo had two hits. Rougned Odor doubled, scored and stole a base.

Lewis has two more starts scheduled before the regular season begins. He gave up four runs in 3 1-3 innings against minor leaguers last week.

"I don't feel I'm missing anything. As long as I feel good both times I go out ... it's an adjustment even adrenaline-wise when the season starts," Lewis said. "As long as my upper body feels good and I go out there and work my pitch count up, then I'm happy."

Rangers: RHP Yu Darvish threw a 30-pitch bullpen session as he works his way back from major elbow surgery. ... OF Delino DeShields left the game with mild right biceps soreness and will be re-evaluated Wednesday. "It's just bothering me a little bit," DeShields said. "It's one of those things that's happened before and it goes away. Today it just lingered a little bit longer than it usually does." ... 1B Ike Davis (sprained knee) is beginning baseball activities but is not ready to play in games yet. ... OF Ryan Cordell remains out with a sprained right ankle.

Padres: OF Travis Jankowski injured his left ankle rounding third base in the third inning and had to be helped off the field. He was diagnosed with a bruise. . RHP Brandon Morrow (shoulder surgery) is scheduled to make his Cactus League debut Friday. He has already pitched in a minor league game.

Each team lost a ball in the high, sunny sky over Peoria Stadium. Blash fought the sun and had Choo's third-inning fly ball go off his glove in the left-field corner for a hit. And four Rangers converged on Norris' double before it dropped in front of a sliding James Jones in the bottom half.

The Rangers and Chicago Cubs will play a doubleheader at Texas' spring home in Surprise on Wednesday. The first game is the regularly scheduled spring training contest, followed by the second annual Rangers-Cubs Futures Game 30 minutes after the conclusion of the big league game.

Rangers: Lewis pitched in a big league game for the first time since March 7. His previous two outings were in minor league games.

"I got my pitch count up. Overall I felt pretty good," Lewis said. "I'm not really concerned with results or anything like that. I never really have been."

Padres: Cashner will be in the starting rotation and continued his tuneup Tuesday with his fourth spring training start. "I was working on some stuff today. My sinker was really good again and I got a lot of guys freezing in the front door, with the lefties," Cashner said. "Slider was good. Changeup, still trying to work on my changeup a little bit."

Rangers: Derek Holland pitches against the Cubs and Kyle Hendricks on Wednesday. It will be Holland's fifth spring training start.

Padres: LHP Drew Pomeranz is scheduled for his first start of the spring and fourth appearance on Wednesday against the Chicago White Sox. Pomeranz replaces Brandon Maurer, who is being moved to the bullpen.