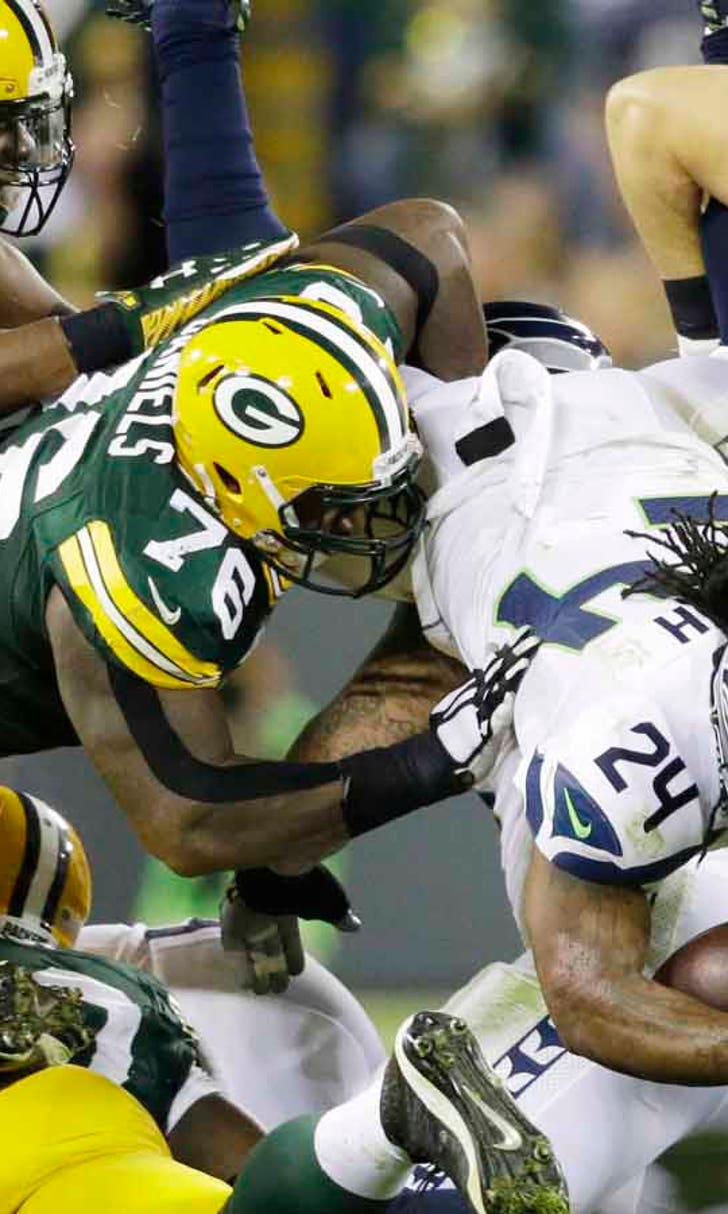 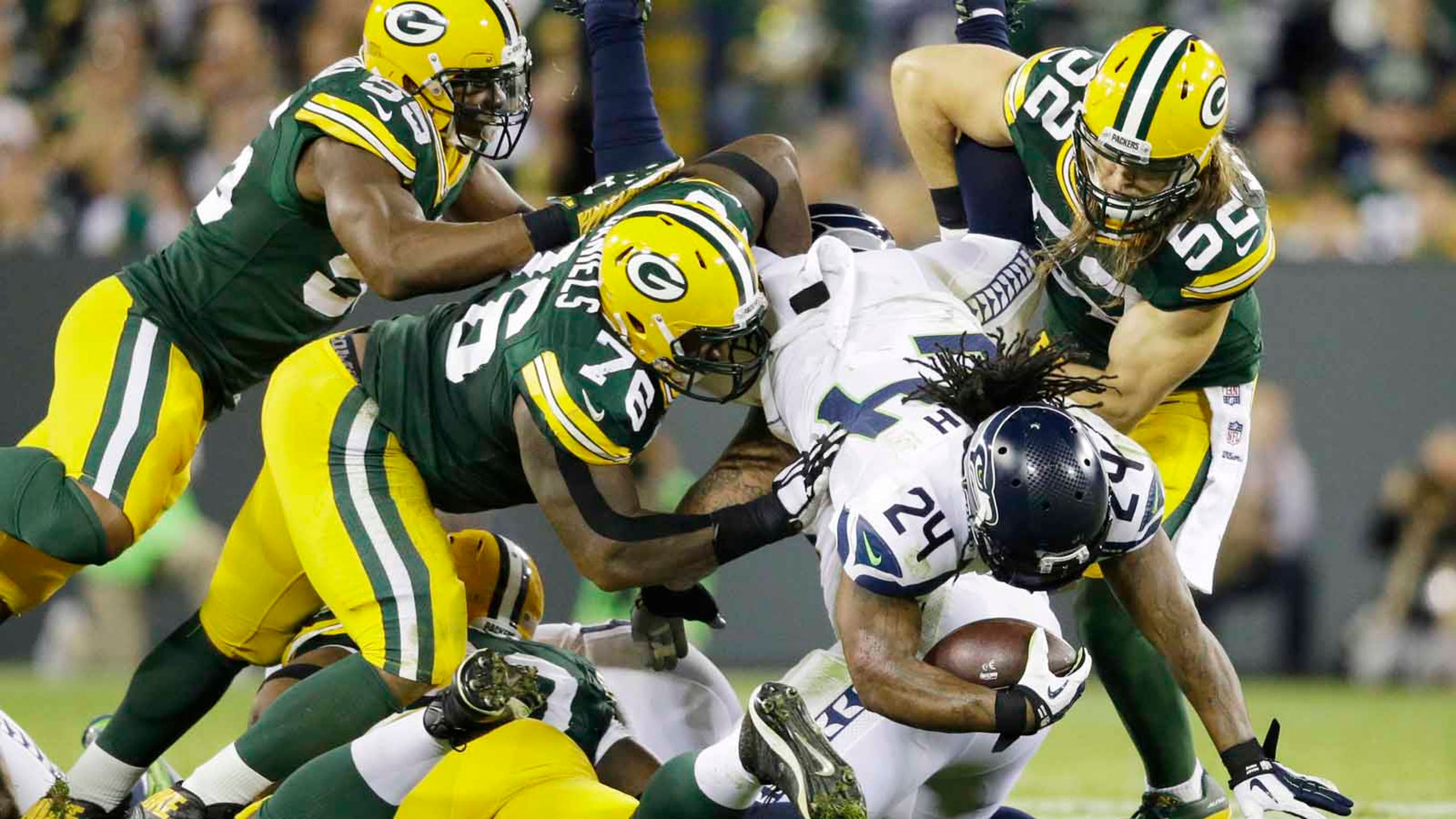 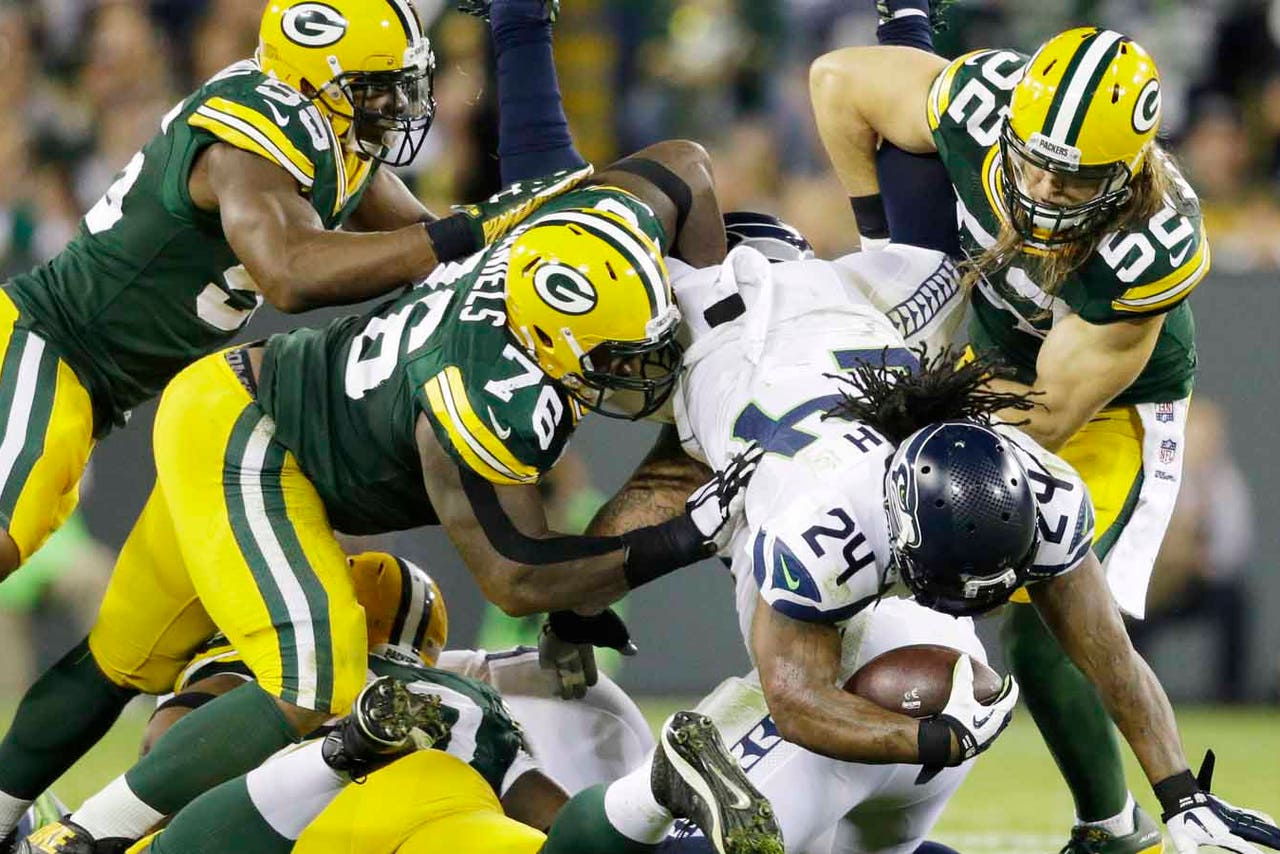 GREEN BAY -- A young, stingy Green Bay Packers defense is looking to get some face time with Peyton Manning.

The Sunday night showdown in Denver between two of the league's five unbeaten teams will be the first meaningful game for all but one of the Packers' defensive players against the Broncos' legendary, but struggling quarterback.

The 35-year-old is the team's oldest player and was unaware he is the only current Packer on the defensive side who has played a regular-season or playoff game against the 39-year-old five-time NFL MVP. Peppers was playing for the Carolina Panthers and faced Manning twice when the QB was with the Indianapolis Colts.

His teammates' unfamiliarity with Manning, who last played Green Bay in a game that counted in 2008, doesn't concern Peppers. He said when you play accomplished quarterbacks like Manning or New England's Tom Brady, "you're excited to play.

The Packers' No. 1-ranked scoring defense also may get a lift as veteran safety Morgan Burnett is probable to play after being able to practice since Monday, when Green Bay returned to work after its bye week.

Burnett has managed to play only one game this season. A reinjured calf kept him out of the last four games.

"Six years of experience, that experience holds a lot of weight, especially in this secondary," cornerback Casey Hayward said. "He's like the quarterback of our defense. Everything runs so smooth when he's in there. With him being back, it should boost our defense and boost our confidence."

Burnett has an interception against Manning to his credit. That came in a lopsided preseason win for Green Bay against the Colts at Lambeau Field in 2010.

Two years earlier in an in-season game at Lambeau, the Packers picked off two Manning passes and didn't allow him to throw a touchdown during their 34-14 victory over the Colts.

Green Bay's defense, which is allowing an average of only 16.8 points per game, is looking to add to Manning's struggles this season.

He's completed only 61.6 percent of his passes and has a league-high-tying 10 interceptions -- three returned for touchdowns.

Green Bay has relied on steady pressure in the pocket to disrupt opposing quarterbacks and force mistakes.

The 6-0 Packers have 23 sacks, ranking third behind Denver's co-leading 26. They also have eight interceptions.

Micah Hyde, who has filled in as a starter during Burnett's absence, said the defense will have to play its A game to give Green Bay a good chance to knock off Manning and the 6-0 Broncos.

When the Packers last played, they gave up 503 passing yards to San Diego's Philip Rivers in a narrow win over the Chargers in a game that wasn't decided until the final seconds on Oct. 18.

"We'll have our hands full," Packers linebacker Clay Matthews said. "Obviously, I'm sure (Manning) hasn't played up to the standard he sets for himself, but the reality is if he's got time in the pocket he can step up and make every throw."

NOTES: Three contributors on Green Bay's defense are questionable for Sunday's game -- nose tackle B.J. Raji (groin), linebacker Nick Perry (shoulder/hand) and rookie cornerback Damarious Randall (ankle). Randall didn't practice Thursday after he said he rolled his right ankle in a team drill the previous day. He hopes to practice Saturday when the team arrives in Denver. "I'm going to do everything I can to try to play in the game." . . . Coach Mike McCarthy hopes running back James Starks (hip) can play. Starks and rookie receiver Ty Montgomery (ankle), who hasn't practiced this week, are questionable. Receiver Davante Adams (ankle) is probable after not playing the last three games.