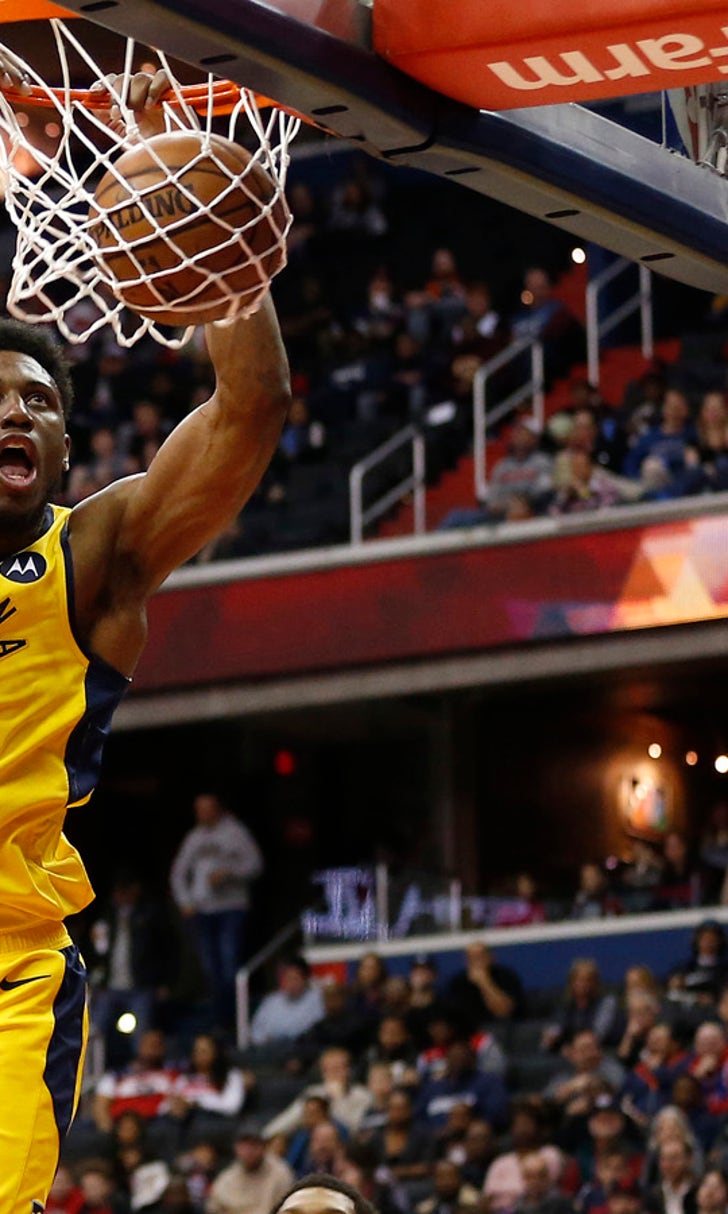 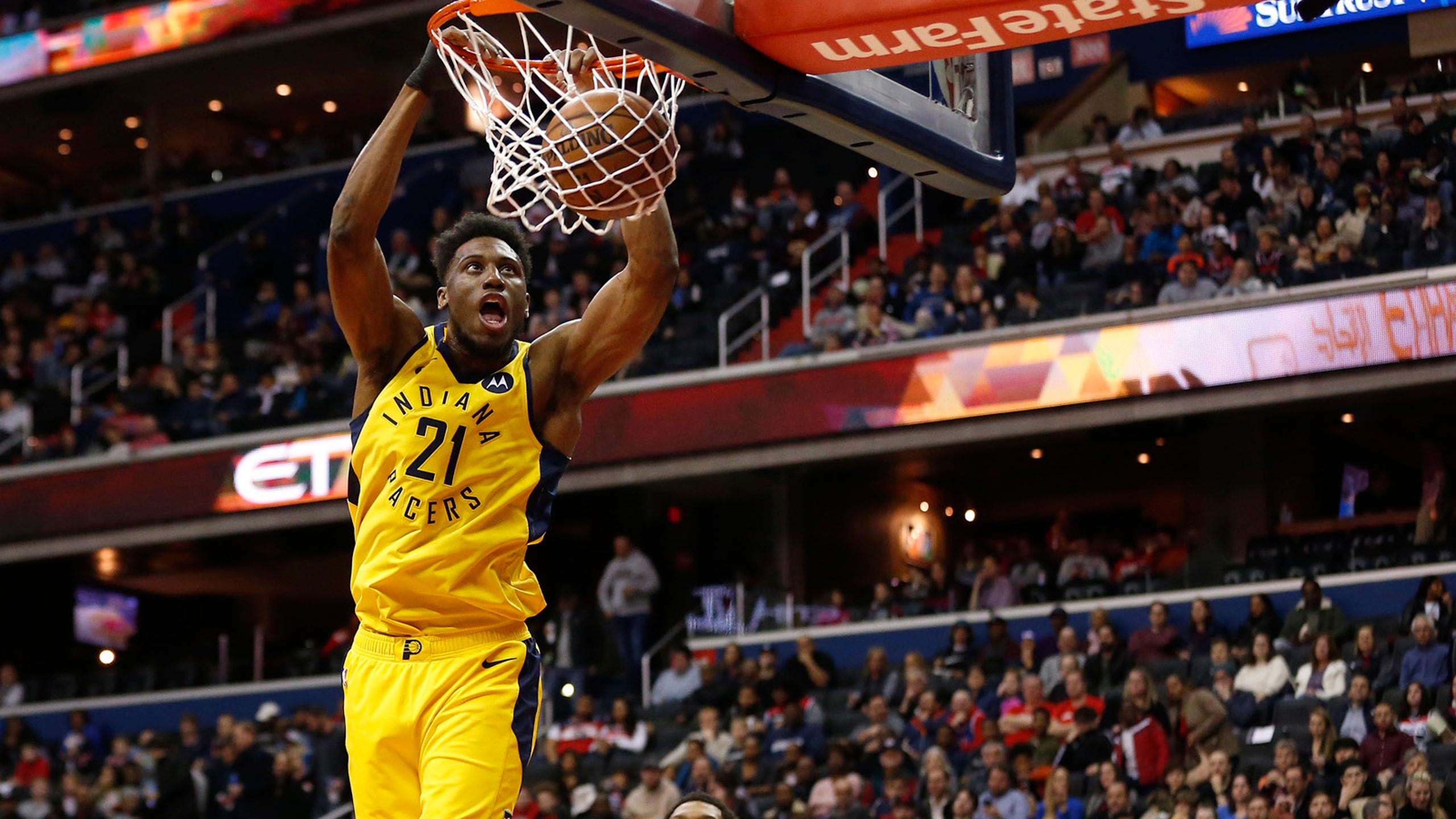 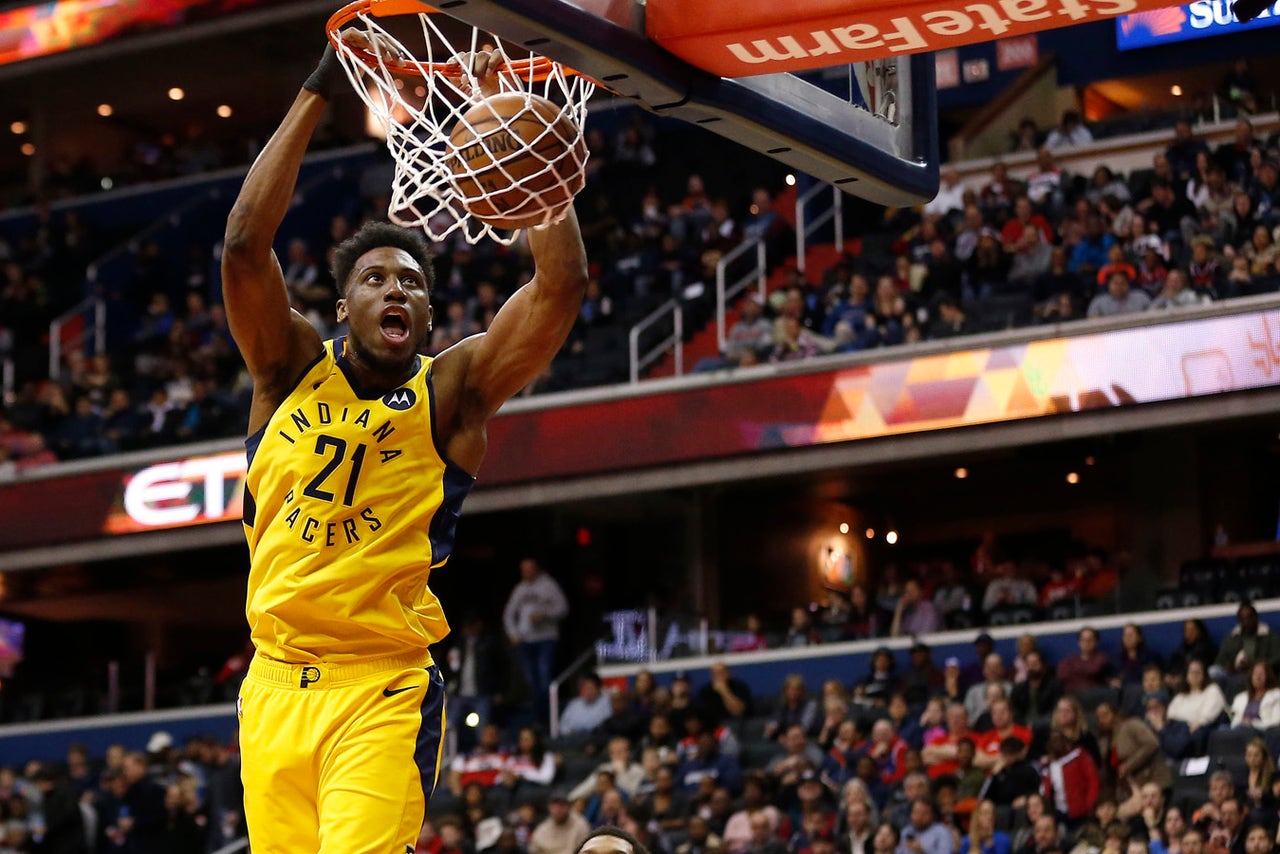 WASHINGTON — Hardened by the loss of their best player, the Pacers keep doing whatever it takes to win.

Saturday night, that meant overcoming their own mistakes and two late Wizards rallies.

Domantas Sabonis added 13 points and 12 rebounds, while Darren Collison scored 11 of his 15 points in the fourth quarter to help the Pacers sweep a second straight back-to-back set despite 23 turnovers.

"Winning the game by any means necessary," Collison said. "It felt like I set my teammates up the first three quarters. I felt like at some point I had to put my head down to be an option in the offense, and that's what happened."

Indiana sits third in the Eastern Conference after winning eight of nine. The Pacers previously dropped four in a row following the loss of All-Star guard Victor Oladipo for the season with a ruptured tendon in his right knee.

"It's not so much about playing without Vic, we're just playing our games," Collison said. "Vic goes down for the season a month ago, so I think we've been finding ourselves."

Bradley Beal scored 35 points for the Wizards, a night after posting a season-high 46 at Charlotte. He converted an exceptional four-point play that brought Washington within two midway through the fourth quarter.

Thomas Bryant added 23 points and 12 rebounds after being dropped from the starting lineup. But with their 22 turnovers adding to continuing defensive struggles, the 11th-place Wizards dropped their fourth straight and sit 4 ½ games behind eighth-place Charlotte.

"For sure," Beal said. "Scoring is not the problem. It's not our problem. It's just defending and getting stops, and controlling stuff we can control."

After overcoming an early 20-point deficit at home Friday against New Orleans, the Pacers shot nearly 62 percent (29 of 47) in the first half and led by as many as 17 in the second quarter.

Washington chipped at the lead and then made a 13-2 run in the fourth. Beal pulled the Wizards within 99-97 when he crossed over his dribble, hit a three from the right wing, absorbed a bump from Wesley Matthews and sank a foul shot with 5:55 left.

Collison answered with a baseline three and then a pull-up jumper a possession later to quell the threat.

Washington mounted one last 10-2 charge inside the final 90 seconds, with Bryant's 3-pointer closing it to 115-112 with 28 seconds left. After another Indiana turnover, Bryant missed another three attempt, and Collison hit two free throws.

"You could easily give in to that game," said Pacers coach Nate McMillan. "But our guys made plays, got stops, made free throws when they needed to."

Darren Collison on Kyle O'Quinn: "The last two nights he's been amazing. He's really been the MVP these last two games, just with his effort. It's been contagious, his positive energy has been contagious. A guy like that on a team, you have no choice but to play hard."@Pacers pic.twitter.com/sgYYVRJBAl

"Forty is not the number that we want," McMillan said. "We can't be satisfied with anything we've done."

The Wizards have now allowed at least 119 in eight of their last nine games (seven losses), despite continued efforts to fix their defensive woes.

"The only way you can do it is by doing it on the floor," Beal said. "I don't know how else to really put it."

Pacers: Young made his first eight shots before missing a jumper with 7:11 remaining in the third quarter. ... F/C Myles Turner missed his second consecutive game with a hip injury and is day-to-day, McMillan said. ... Sabonis recorded his 24th double-double, and 21st coming off the bench.

Wizards: In place of Bryant, F Bobby Portis made his first start since joining the Wizards in the trade that sent Porter to the Bulls, and his seventh this season. ... It was Bryant's eighth double-double.

Wizards: At Brooklyn on Wednesday night.