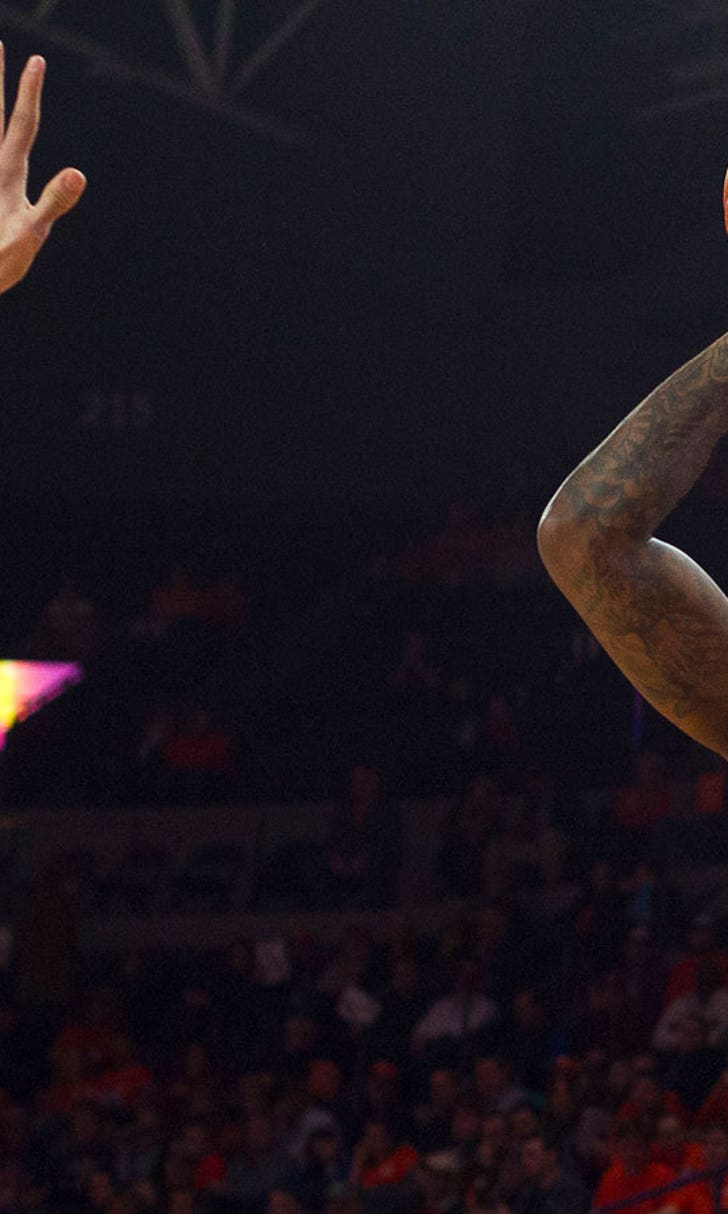 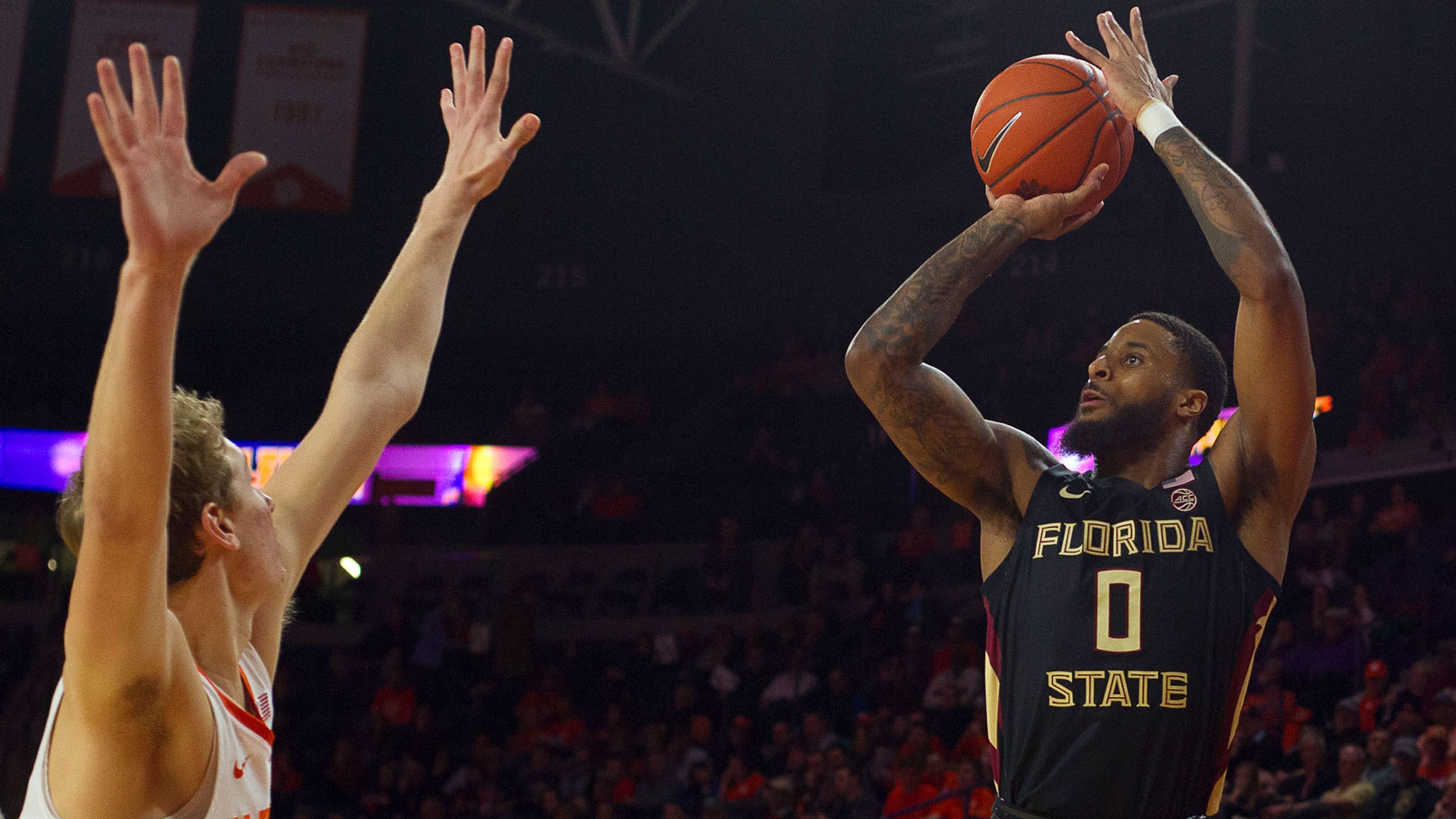 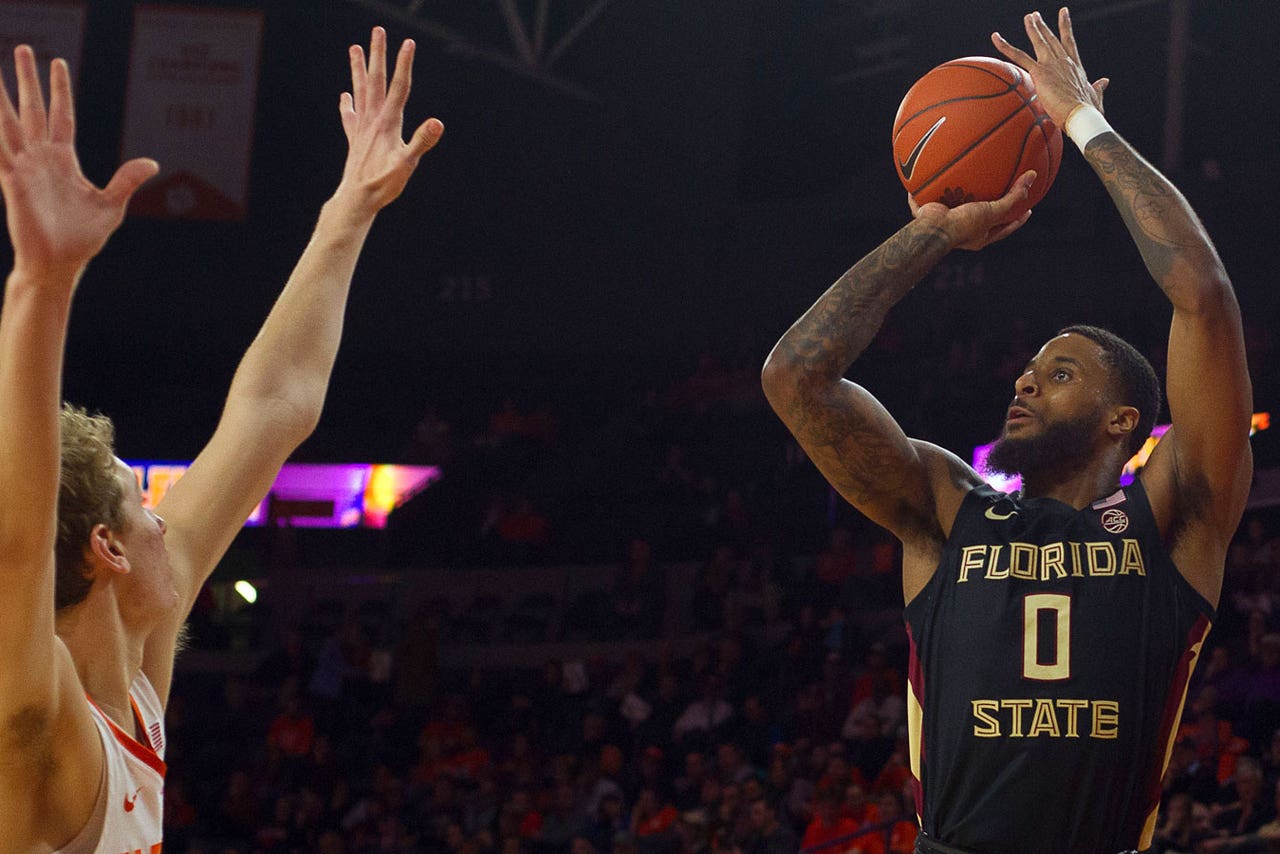 CLEMSON, S.C. (AP) —Mfiondu Kabengele had 19 points and 11 rebounds, and No. 16 Florida State set a program record with its eighth consecutive Atlantic Coast Conference victory in a 77-64 win over Clemson on Tuesday night.

Kabengele led the way on both sides of the ball. He hit 9 of 13 from the field, blocked two shots, and his rebounds were a season high. Then again, Clemson had trouble stopping much of anything Florida State did around the basket. The Seminoles' starting center in 7-foot-4 Christ Koumadje went 4-of-6 shooting for 10 points with seven rebounds and a pair of blocks.

Florida State's monthlong run of success began with a 77-68 win over Clemson in Tallahassee, Florida, on Jan. 22 and doesn't show any signs of ending — especially if the Seminoles keep playing like this.

The Seminoles took control after Clemson closed to 23-21 on Marcquise Reed's 3-pointer with 6:18 left in the half. Florida then went on a 15-2 surge the rest of the half with Kabengele hitting three buckets and Walker landing a 3-pointer.

When Trent Forrest got his off-balance push shot on a drive to the basket to go right before the buzzer sounded, Florida State went to the locker room ahead 38-23. The lead grew as large as 18.

Reed had 20 points to lead Clemson.

Florida State: The Seminoles' offense was relentless with guard Trent Forrest and Terance Mann pushing the ball at the basket where their bigger teammates like Kabengele and Koumadje took control. It's a formula that works well in the postseason where Florida State reached the NCAA's round of eight last year.

Clemson: The Tigers came into the season ranked and with high expectations after their NCAA Tournament run to the Sweet 16 a year ago. But the team of four senior starters appeared way out of synch in this one. Clemson has had two three-game losing streaks in ACC play and may have to do something remarkable for make another appearance in the Big Dance.