MADISON, Wis. — Often, Wisconsin coach Greg Gard says, Wisconsin's defense feeds off its offense. And once the Badgers started capitalizing on opportunities Saturday, the other end took care of itself.

Playing for the first time in nine days, the Badgers shook off an early challenge from Grambling State to beat the Tigers 84-53. Along the way, Ethan Happ led the Badgers (10-2) with 19 points and grabbed his 1,000th career rebound.

Gard said part of the Badgers' defensive troubles were tied to a rut on offense.

"The ability to put the ball in the basket also fuels your defense and energizes that," Gard said.

The Badgers entered the game giving up just 62.4 points a game, allowing only two opponents to crack 70 points.

But a little more than 12 minutes into the game, Lasani Johnson hit a 3-pointer to tie it at 22, and Grambling State (6-7) provided the Badgers more of a challenge than they may have expected.

From there, though, the Badgers became more physical on defense and the offense picked up. The Badgers finished the half on a 17-5 run, opened the second half with an 8-0 spurt and weren't challenged the rest of the way.

The Tigers scored just seven points over a nearly 15-minute stretch that spanned both halves, and the Badgers pushed their lead to more than 30 for the first time at 62-31.

Grambling State coach Donte' Jackson said the Tigers tried to pack the post when Happ got the ball and had some early success. But eventually, their turnovers (17) created too many chances for the Badgers. Once others joined Happ in picking up the scoring load, he said, it was too much. 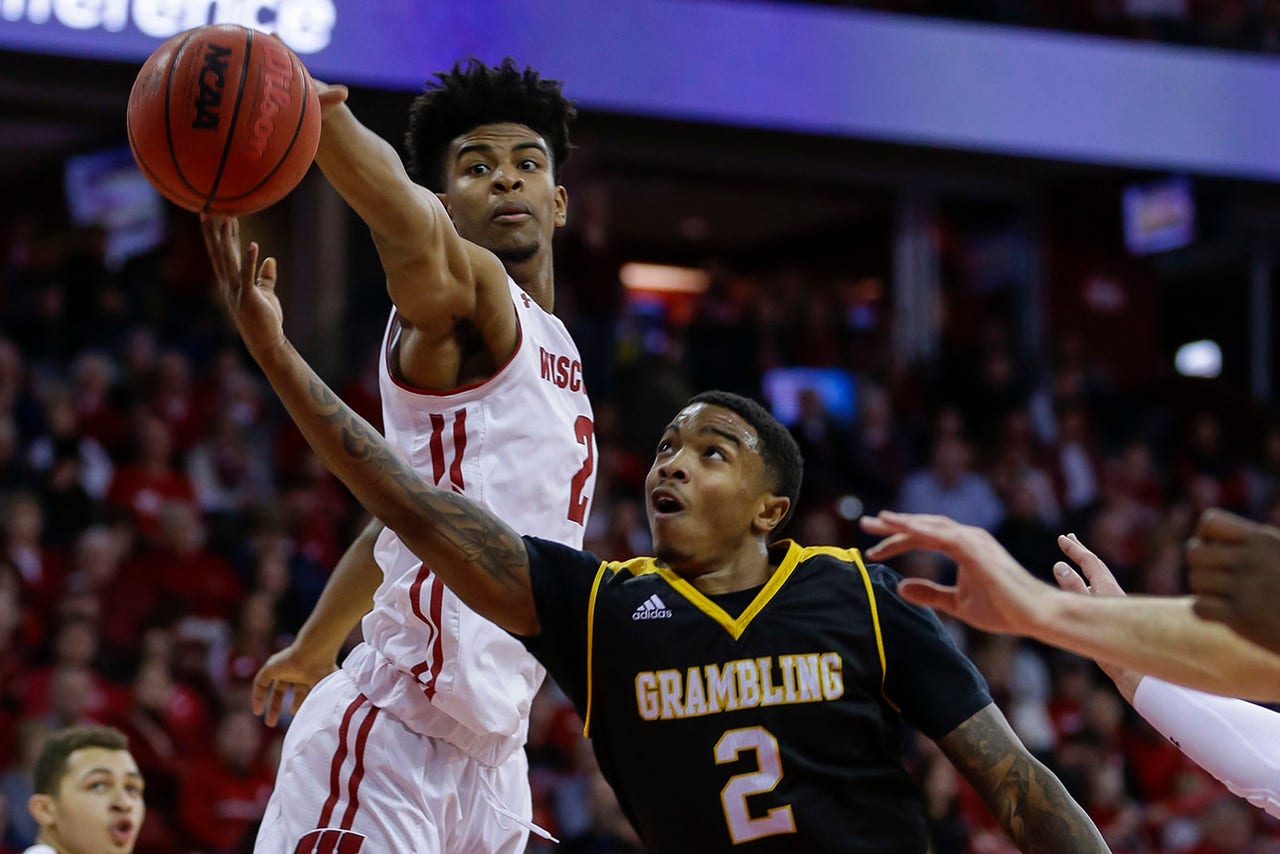 "The bottom line is the size, the skill level just kind of wore us down as the game went on," Jackson said.

HAPP ON THE REBOUND

Wisconsin sophomore Kobe King, who had knee surgery almost a year ago, scored 10 points, his second straight game in double figures. King said he was initially hesitant about putting weight on it and cutting. "Maybe it's still a little bit in my head. But as the year goes on, I'm getting more comfortable," he said.

Grambling State: The Tigers, picked in the preseason to repeat as Southwestern Athletic Conference champs, were simply outmatched after making some early noise.

Wisconsin: Beating Grambling State isn't going to burnish Wisconsin's resume come the NCAA Tournament. But the Badgers shook off any rust after a nine-day layoff for finals.

Wisconsin: The Badgers head to Western Kentucky Dec. 29 to wrap up nonconference play.