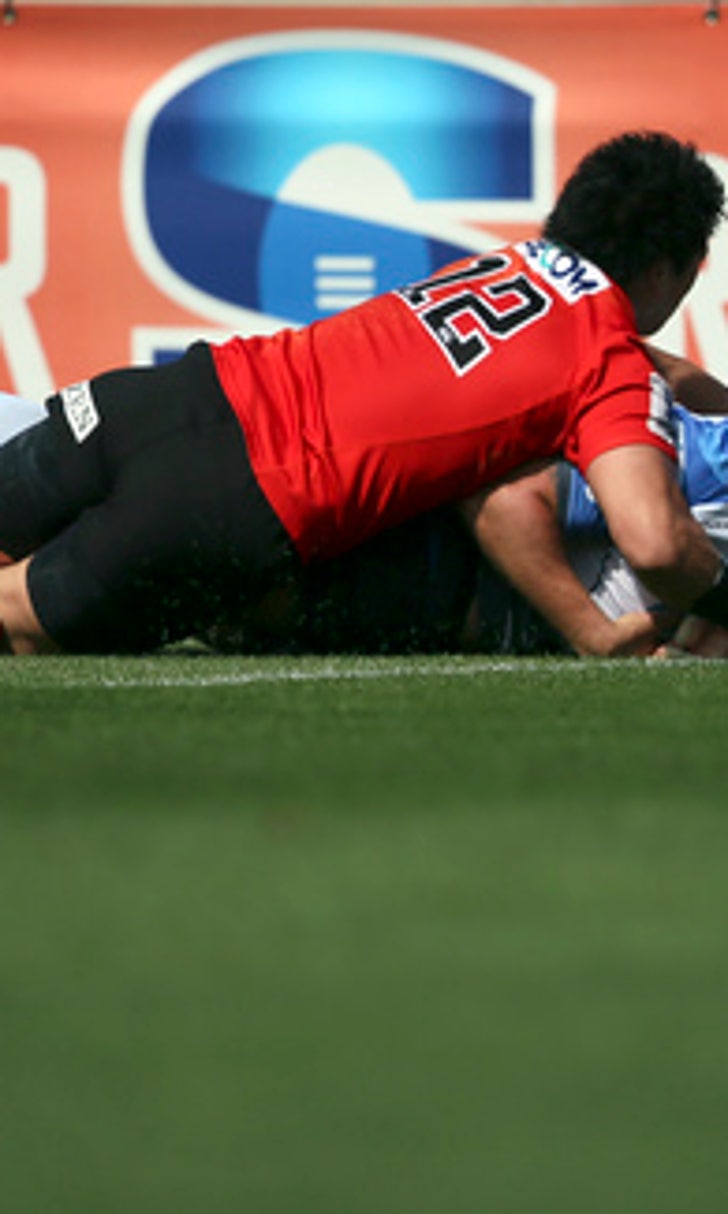 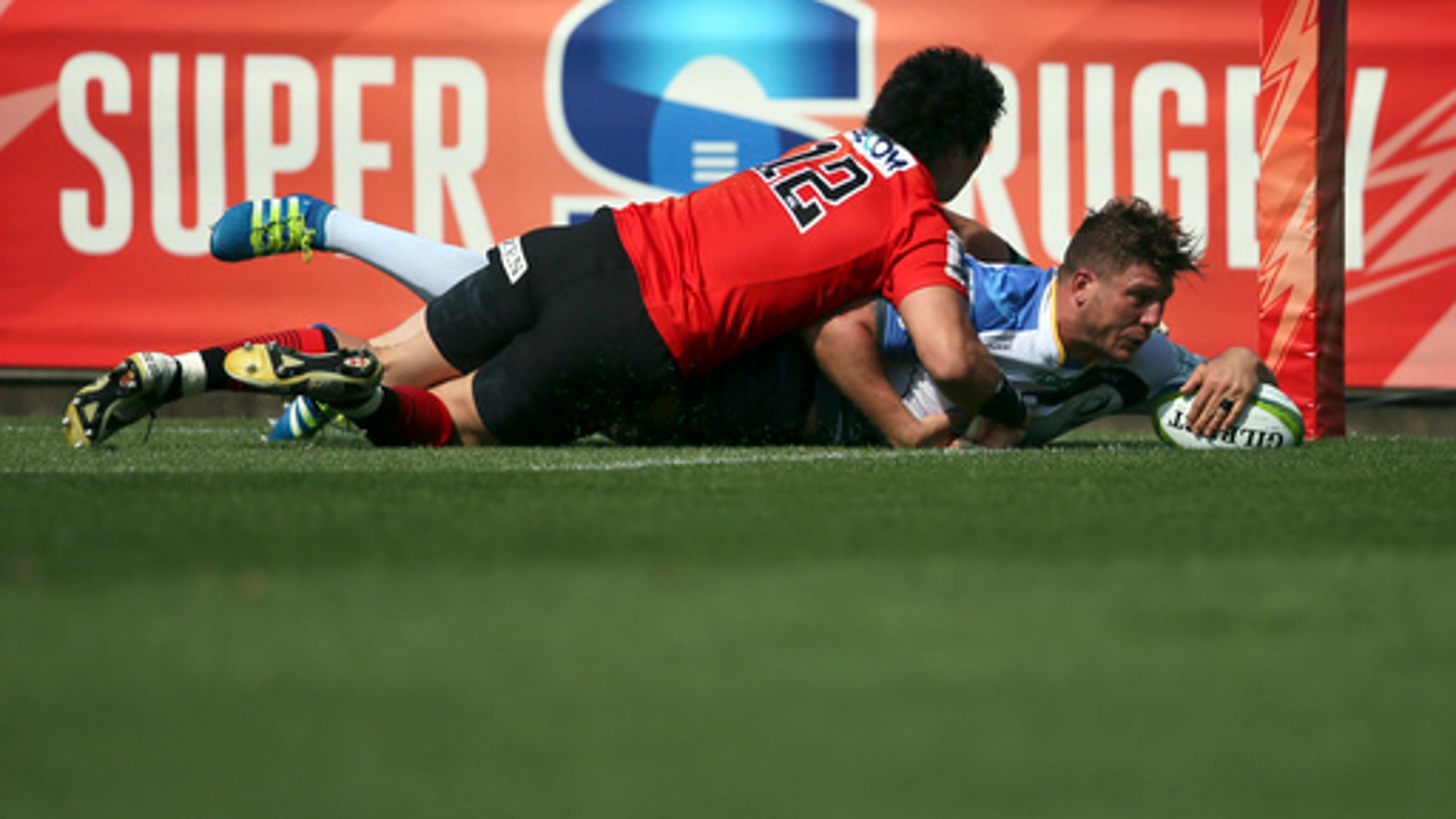 Naholo back to help Highlanders beat Chiefs in Super Rugby 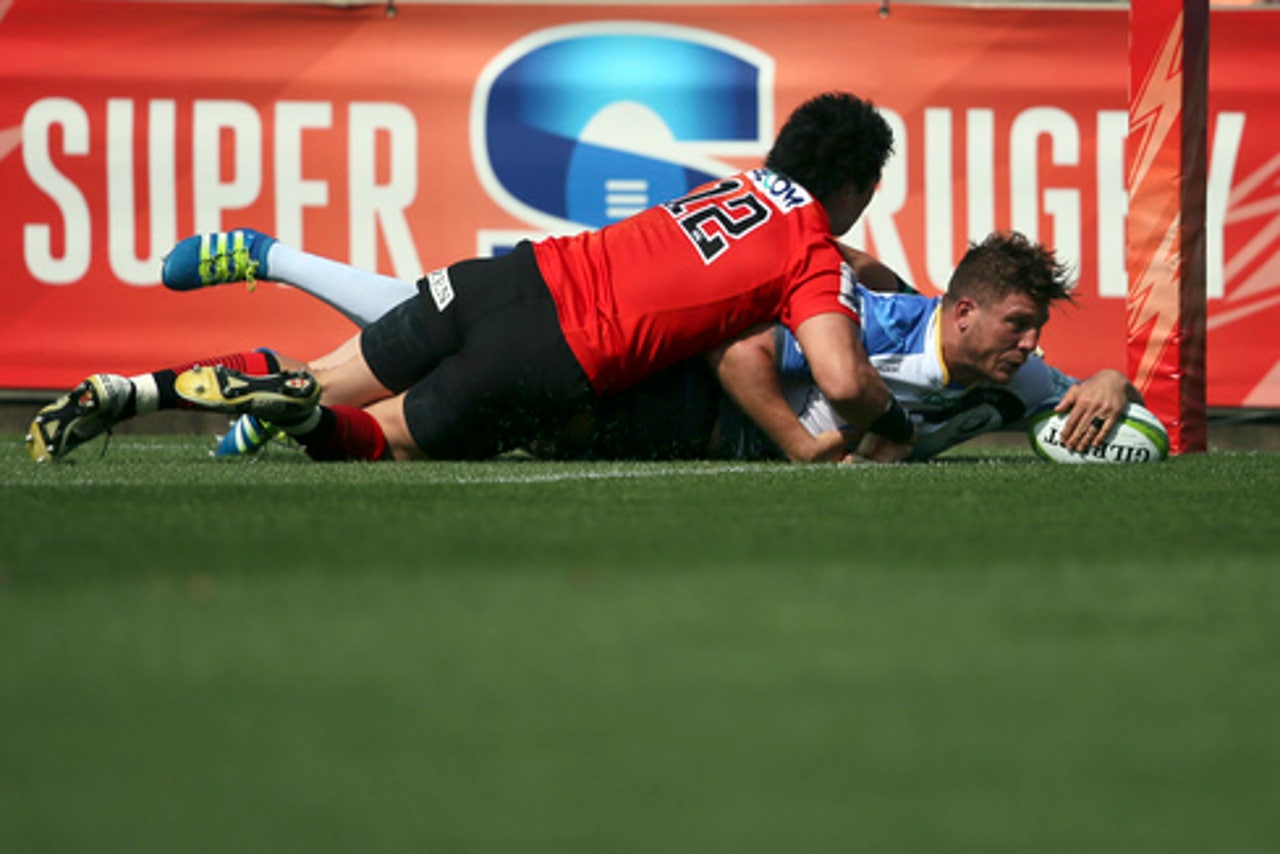 HAMILTON, New Zealand (AP) All Blacks winger Waisake Naholo scored two tries on his return from a broken leg as the defending champion Highlanders beat pace-setters the Chiefs 26-13 in Super Rugby on Saturday.

The win boosted the Highlanders' flagging title defense and ended the Chiefs' seven-match winning streak, and their almost season-long reign atop the table.

The Christchurch-based Crusaders, who beat the Queensland Reds 38-5 on Friday, took over first place from the Hamilton-based Chiefs on points differential.

Australian sides New South Wales Waratahs and Western Force won, while in South Africa the Sharks scored four tries in an 18-minute spell either side of halftime to surprise the visiting Hurricanes of New Zealand 32-15.

Another New Zealand team, the Auckland-based Blues, kept their cool to beat South Africa's Southern Kings to round out the weekend's games.

In Hamilton, Naholo scored his first try in the 44th minute, when the Chiefs were reduced to 14 men by the sin-binning of center Charlie Ngatai, to extend the Highlanders' 13-3 halftime lead to a more defendable 18-3 margin.

Chiefs flyhalf Aaron Cruden, likely the first choice for the All Blacks at No. 10 after the retirement of Dan Carter, scored a try and kicked a penalty while replacement Sam Vaka scored from his first touch in Super Rugby.

''Our defense hung in there,'' Highlanders captain Ben Smith said. ''The Chiefs were always going to test us ... so I'm really proud of our defense.''

The Sharks put themselves back in the reckoning in the South African group and dented the Wellington-based Hurricanes' playoff hopes with a win built on their superior physicality.

The Hurricanes made the early running with a try by front-rower Reg Goodes, but Springboks winger JP Pietersen went in on the stroke of halftime and again three minutes after the break and the Sharks surged ahead from there.

South Africa flyhalf Patrick Lambie also made his return from injury to buoy the Sharks for the second part of the season.

''They came out with some massive intensity in that second half and we couldn't come back,'' Hurricanes captain Dane Coles said.

The Auckland-based Blues took a bonus point from their 34-18 win at the Southern Kings, with the extra point coming from wing Tevita Li's try four minutes after the final hooter.

The struggling Kings made a game of it and trailed by just four points at 22-18 with 10 minutes to go. But the Blues struck the killer blow as they turned over a scrum five meters out from the Kings' line and replacement Billy Guyton slipped over for the victory-clinching score. Li touched down for the Blues' fifth try. The other Blues winger, Melani Nanai, earlier scored two in four minutes.

At Sydney, the New South Wales Waratahs ended a three-match losing streak with a 21-6 win over the Bloemfontein, South Africa-based Cheetahs. Bernard Foley had 16 points for the winners from a try, conversion, and three penalty goals. Israel Folau crossed in the final seconds, a try that would have given the Waratahs a bonus point and first place in the Australian conference, but it was called back because of a forward pass in the lead-up.

The Waratahs and ACT Brumbies are level on points, but New South Wales has a game in hand.

Marcel Brache scored three tries in the first half to lead the Perth-based Western Force to a 40-22 win over the Sunwolves in Tokyo.

The match at Chichibu rugby ground got off to a promising start for the hosts when Akihito Yamada ran in a try in the third minute.

Brache responded two minutes later with his first try and the visitors took the momentum and built a 26-5 lead by halftime.

Backs Tusi Pisi and Derek Carpenter scored after the break to give the hosts some hope but any chance of a comeback was dashed when Angus Cottrell intercepted a pass at the halfway line and ran the distance to make it 40-15 in the 75th minute.