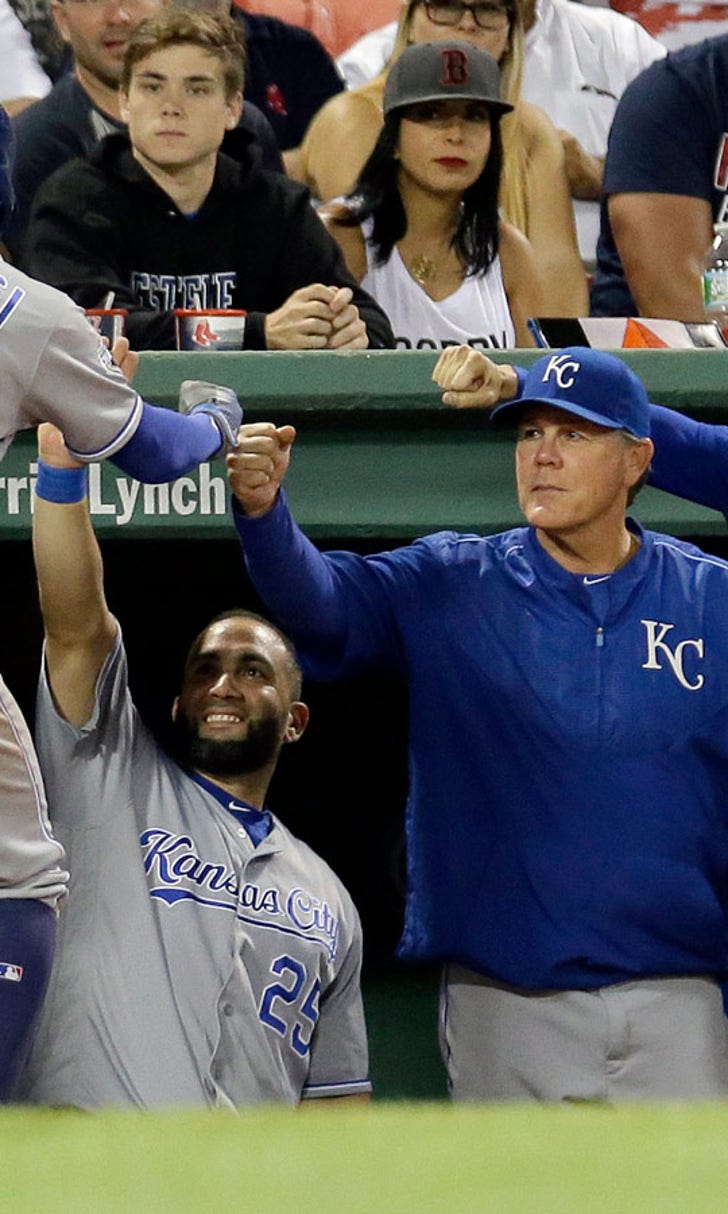 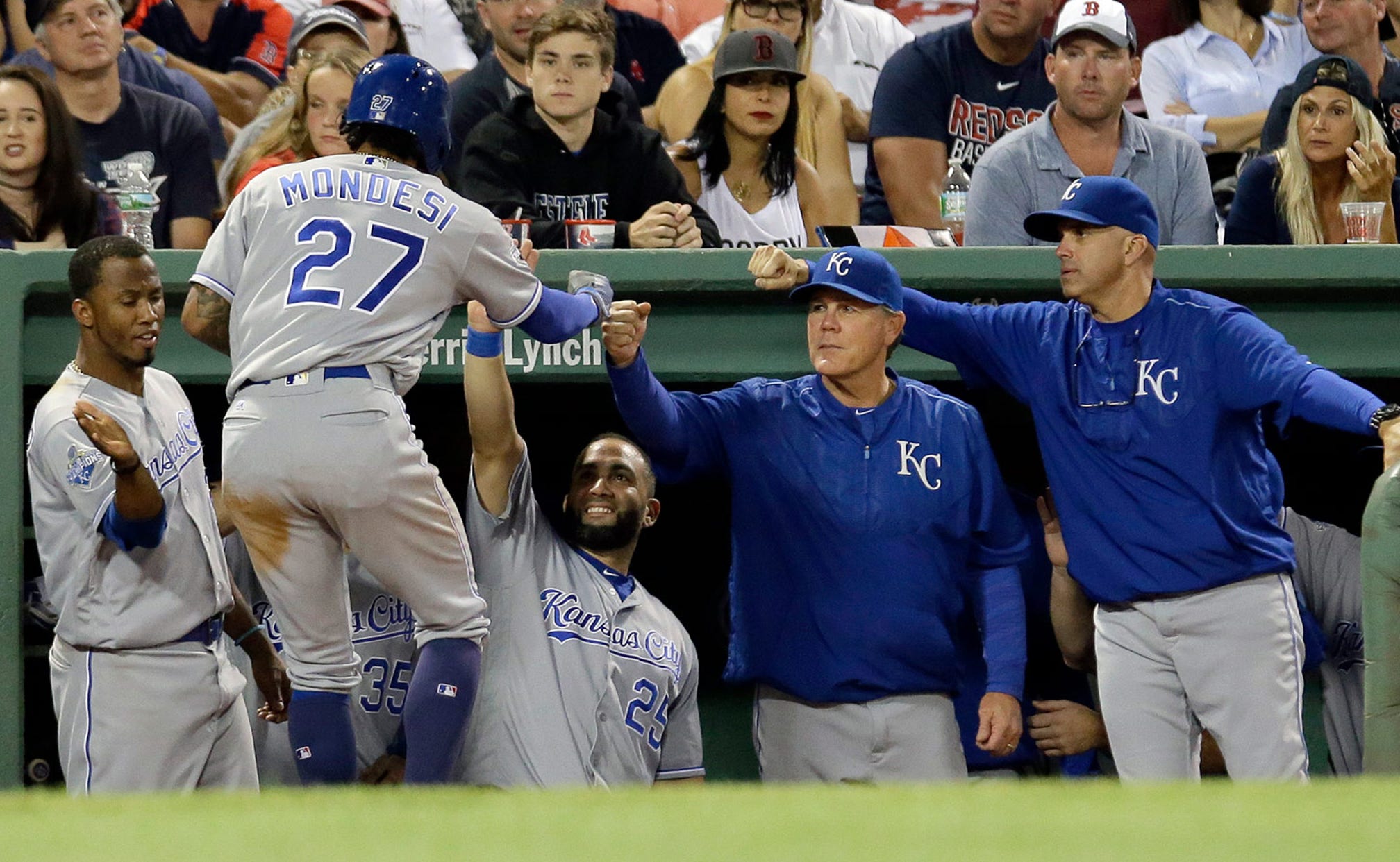 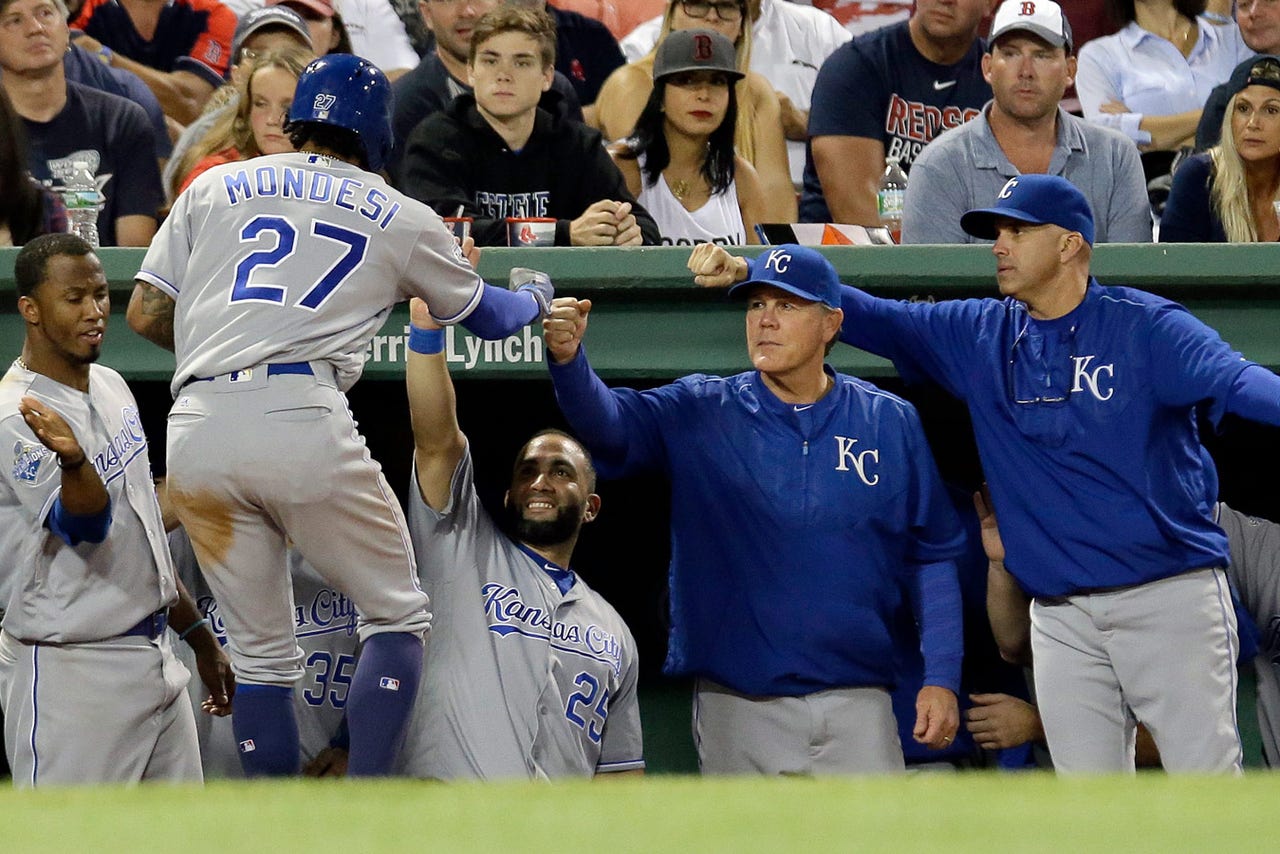 Raul Mondesi hit a bases-loaded triple and Eric Hosmer added a two-run single during an eight-run sixth inning, lifting the surging Royals to a 10-4 victory over the Boston Red Sox on Sunday night.

Salvador Perez hit his third solo homer in two games for Kansas City, which took two of three at Fenway Park and got its 17th win in 21 games.

After nearly falling out of the playoff race, the defending World Series champs have cut their deficit to Cleveland in half and are 5 1/2 games back in the AL Central. They also cut 6 1/2 off their wild-card deficit.

David Ortiz hit his 534th career homer, a solo shot, for the Red Sox, tying Jimmie Foxx for 18th on the career list. Boston has lost four of five.

Eduardo Rodriguez (2-6) gave up five runs in 5 1/3 innings before the bullpen allowed five more in the sixth.

"As hot as they are and the momentum they've been able to create, it was a tough, tough sixth inning, obviously, when you put eight runs up on the board," Boston manager John Farrell said.

The Royals chased Rodriguez and regained the lead in the sixth after the Red Sox moved ahead in the fifth.

Alcides Escobar had an RBI single before Mondesi rocked his triple to the outfield-wall triangle in center off Matt Barnes. Cheslor Cuthbert had a run-scoring fielder's choice grounder before Lorenzo Cain added an RBI single.

Robbie Ross Jr. relieved and gave up Hosmer's two-run single off the Green Monster before getting the final two outs.

"It unfortunately didn't go the way I hoped," said Barnes, who was charged with five runs and didn't get an out.

Boston capitalized on center fielder Paulo Orlando's error to score three times off starter Yordano Ventura in the fifth. Chris Young singled and Orlando dropped Sandy Leon's fly at the track, putting runners on second and third before a walk.

Brock Holt drove in the first run with a groundout before Xander Bogaerts' two-run single.

Ortiz's 31st homer went into the bleachers behind Boston's bullpen in the fourth.

Perez homered off a billboard above the Green Monster.

Royals: C Perez took a foul ball in the chin area after it bounced in the dirt and up under his mask, but stayed in the game.

Red Sox 2B Dustin Pedroia left the team after a death in the family. He's expected back after Monday's game starts following the services, so he won't be on the bereavement list that requires three games missed.

Despite the late night, Yost was glad to be heading back to Kansas City.