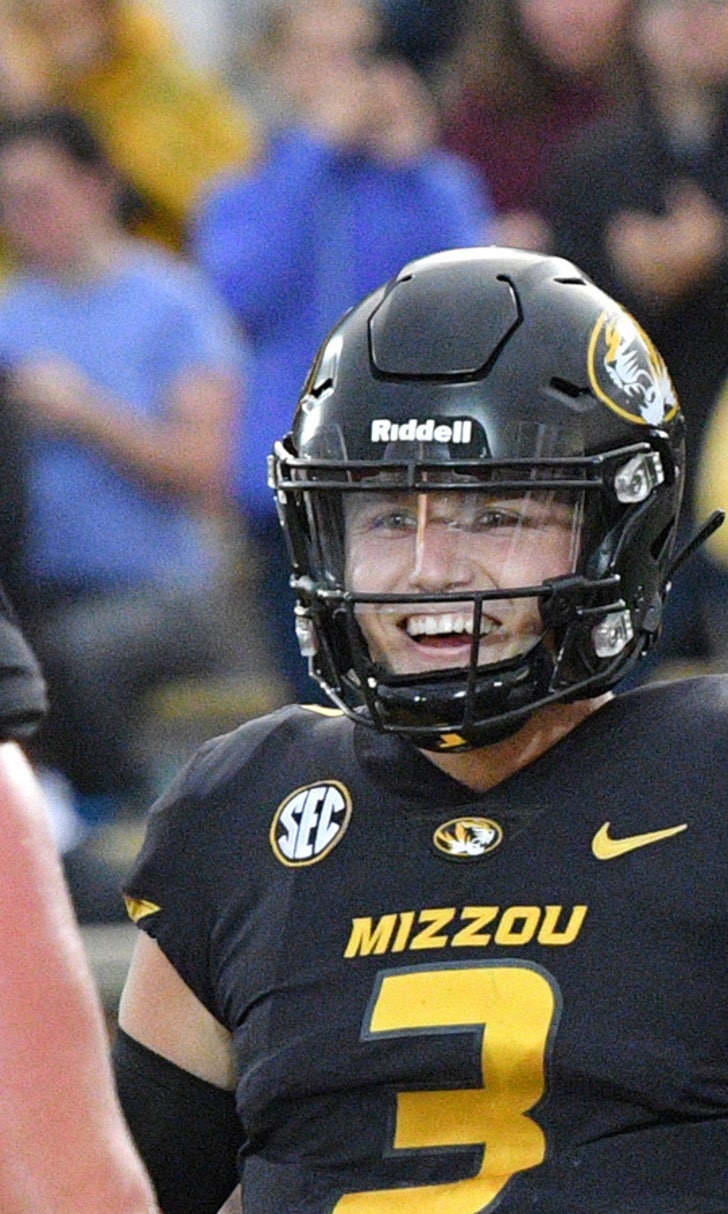 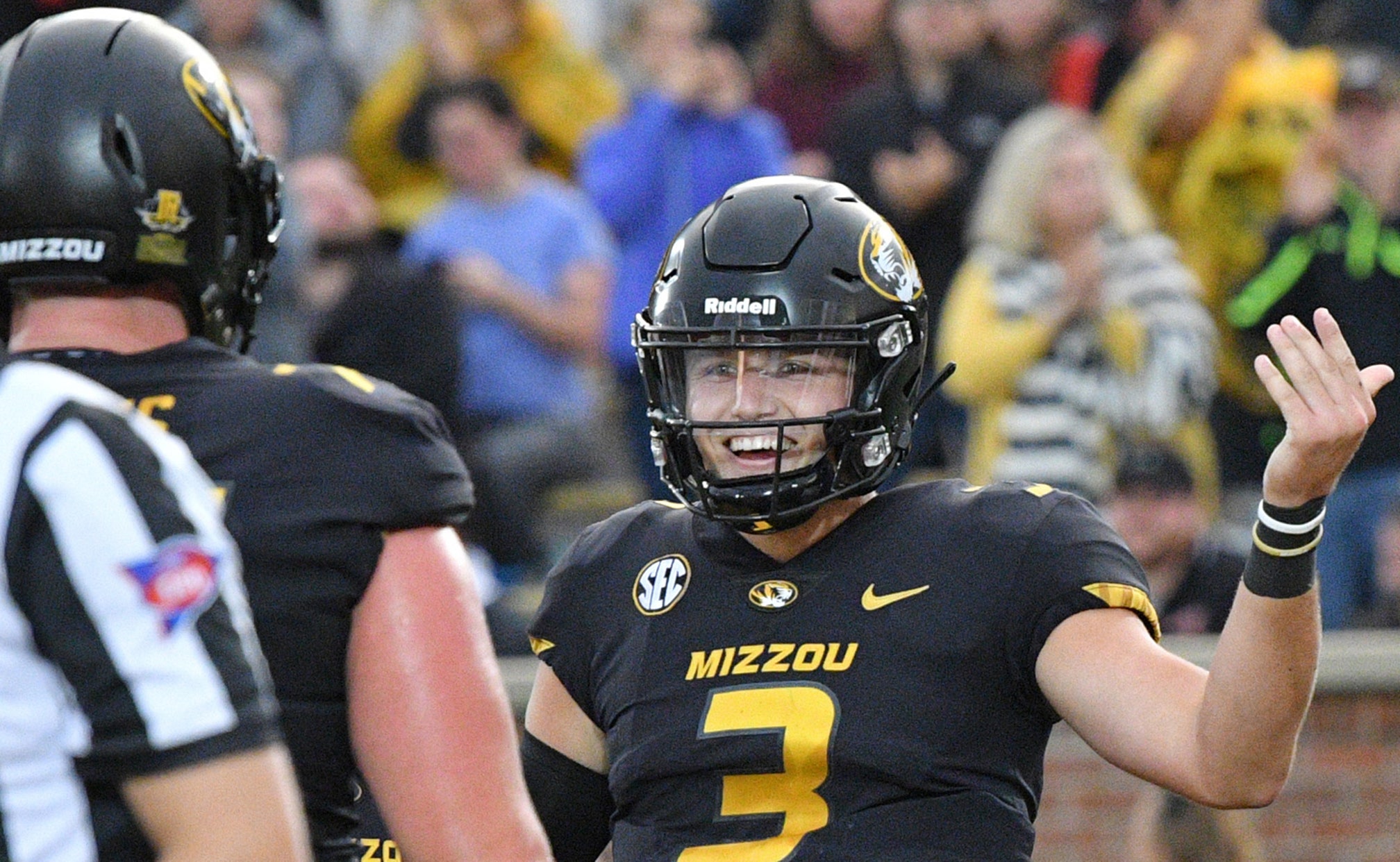 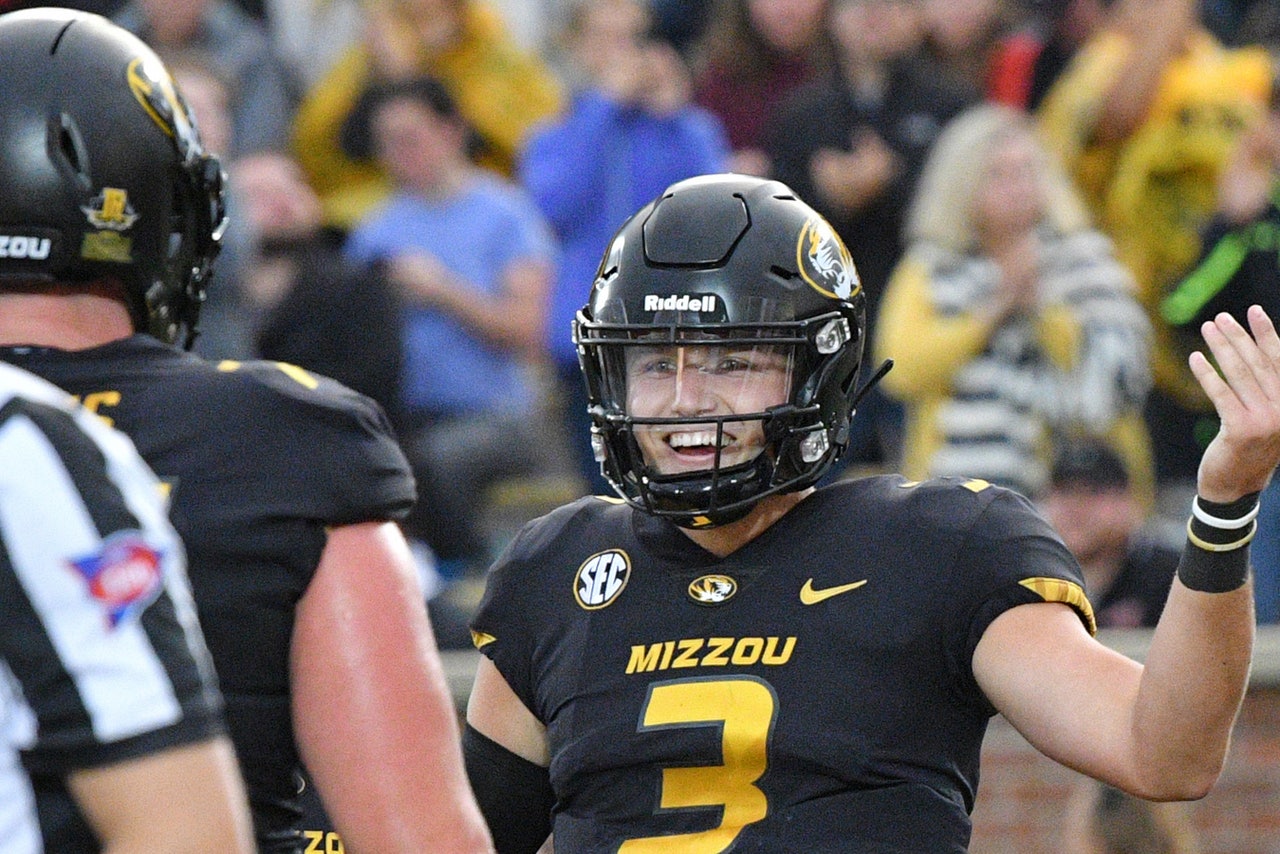 Missouri is led by quarterback Drew Lock and receiver Emanuel Hall (not pictured), who found their rhythm after an early season loss to the Boilermakers last year.

He's about to find out if it solves the Boilermakers ills.

After losing each of the past two weeks, they are suddenly trying to get their season back on track against SEC East team Missouri on Saturday.

"We're definitely going to have to improve a great deal this week, come out, not shoot ourselves in the foot, play disciplined, hard football, opportunistic, find ways not to make mistakes," Brohm said. "If we can do that, we'll give ourselves a chance."

But two late personal foul calls proved costly against Northwestern and Eastern Michigan. If it happens a third time against the Tigers (2-0), the result could be all too familiar.

Missouri is led by quarterback Drew Lock and receiver Emanuel Hall, who found their rhythm after an early season loss to the Boilermakers last year.

Since then, they have been almost unstoppable.

Over the past nine games, Lock has completed nearly 65 percent of his passes, averaged 325.7 yards and four TDs per game while throwing just six interceptions. Hall, meanwhile, is averaging 117.2 yards per game and has 11 TD catches during the same span. Plus, he already reached the 100-yard mark twice this season.

"Hall has put in great work from the midpoint last season until now," coach Dave Odom said. "He's grown and has been a really great learner. He has an opportunity to continue to make big plays."

And Brohm sees the production and potential all over the game tapes.

He knows Missouri's high-scoring offense poses a major obstacle for his young defense, and if the self-inflicted mistakes continue, the Boilermakers could be staring at an 0-3 start for the first time since 1996. Brohm also believes, though, the Boilermakers can turn things around.

"Right now I'm sure some people's confidences are not at the highest point," he said Monday. "You identify the issues, you work hard to solve them, and then you go about trying to play as confident as you can."

The Tigers will be the second SEC team to visit Ross-Ade Stadium. Vanderbilt is the only other school to make the trip, back in 1941. Purdue hasn't had a lot of experience against the conference, either, going just 2-4 all-time against SEC schools. The Boilermakers are 0-2 against Georgia and Vanderbilt and are 1-0 against Tennessee. But the Tigers and Boilermakers did meet eight times before the Tigers joined the SEC and Purdue owns a 4-0 home mark in the series.

Purdue receiver Jordan Sparks will have an unusual assignment this weekend, going against head-to-head with his younger brother, Adam, a cornerback for the Tigers. Purdue's Sparks has seven catches for 87 yards in the first two games, while Missouri's Sparks has recorded five tackles this season.

Brohm may be known for his proficiency in the passing game. But this season, Purdue has one of the nation's top early-season ground games. The Boilermakers average an FBS-leading 8.1 yards per carry and 271.5 yards per game, 24th nationally. Last week the Boilermakers rushed for 341 yards — their highest single-game total since posting 349 yards against Illinois in October 2014.