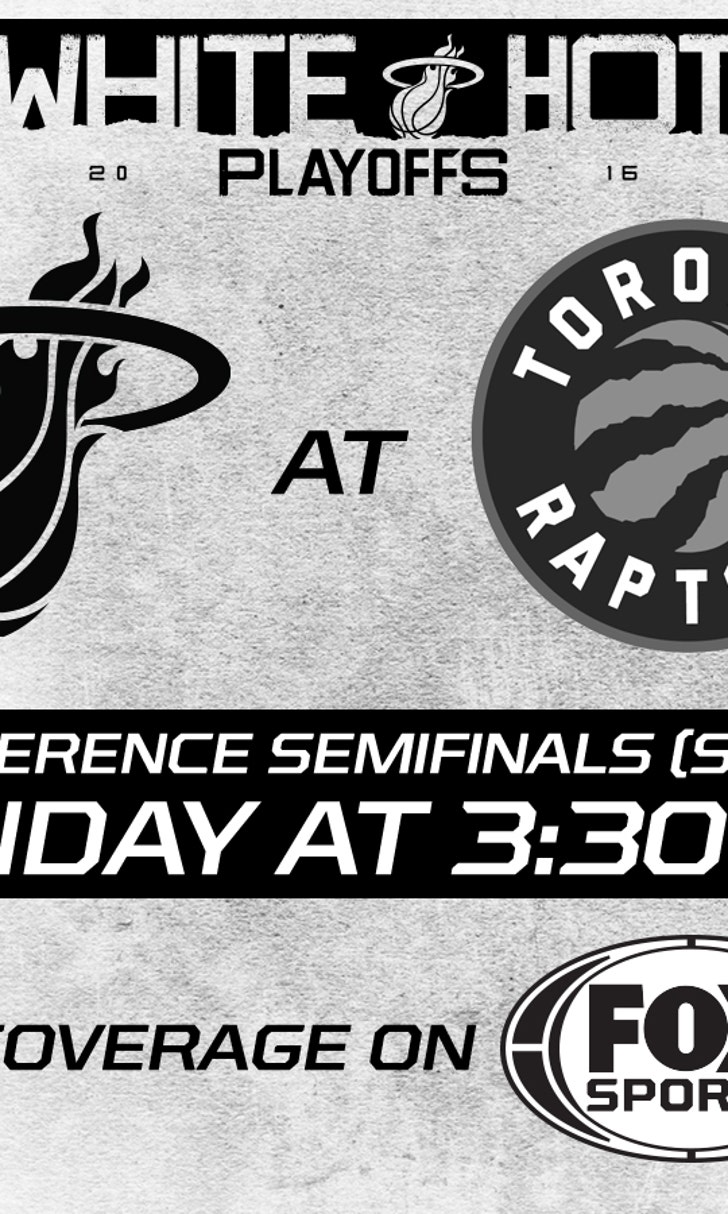 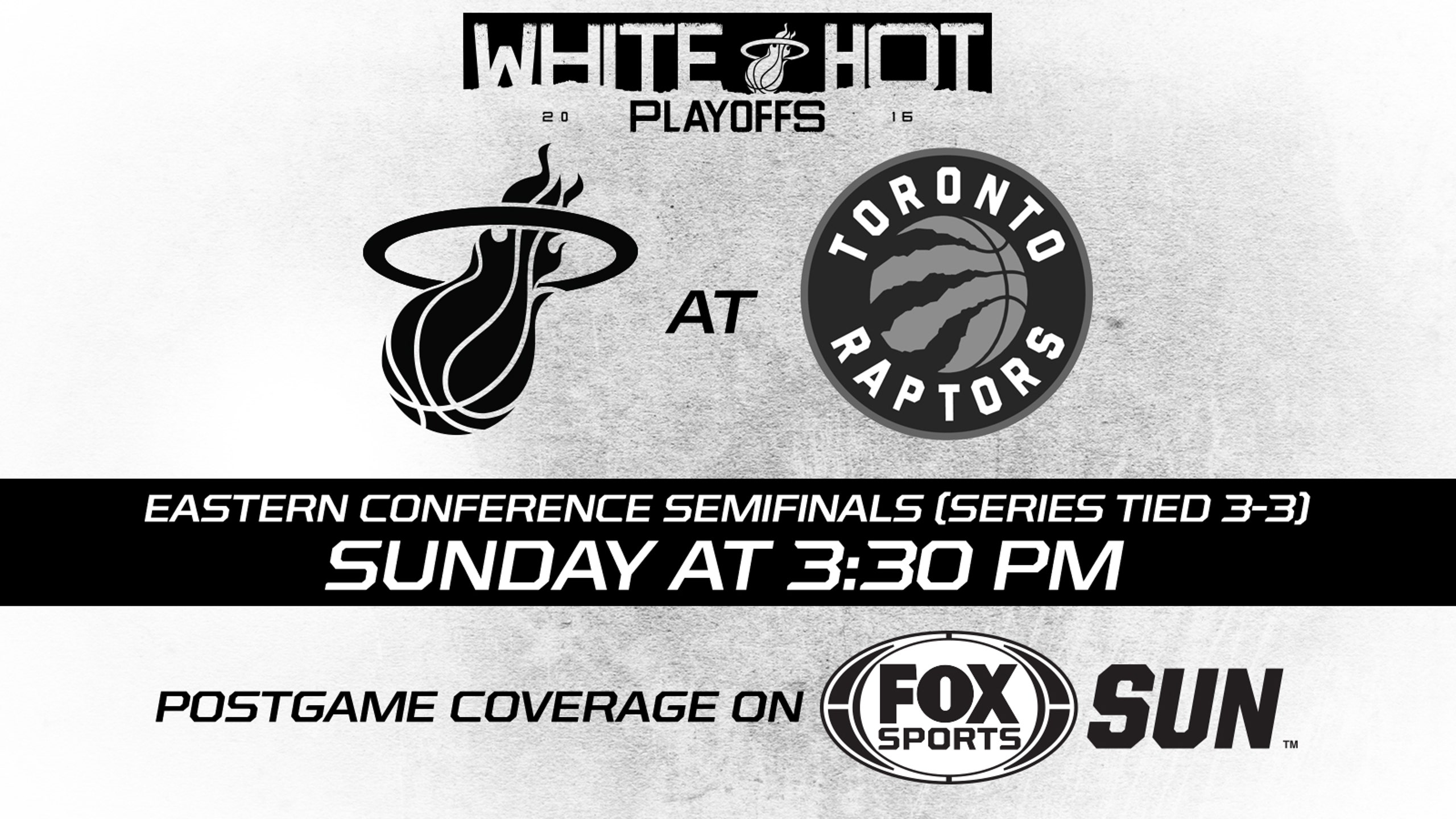 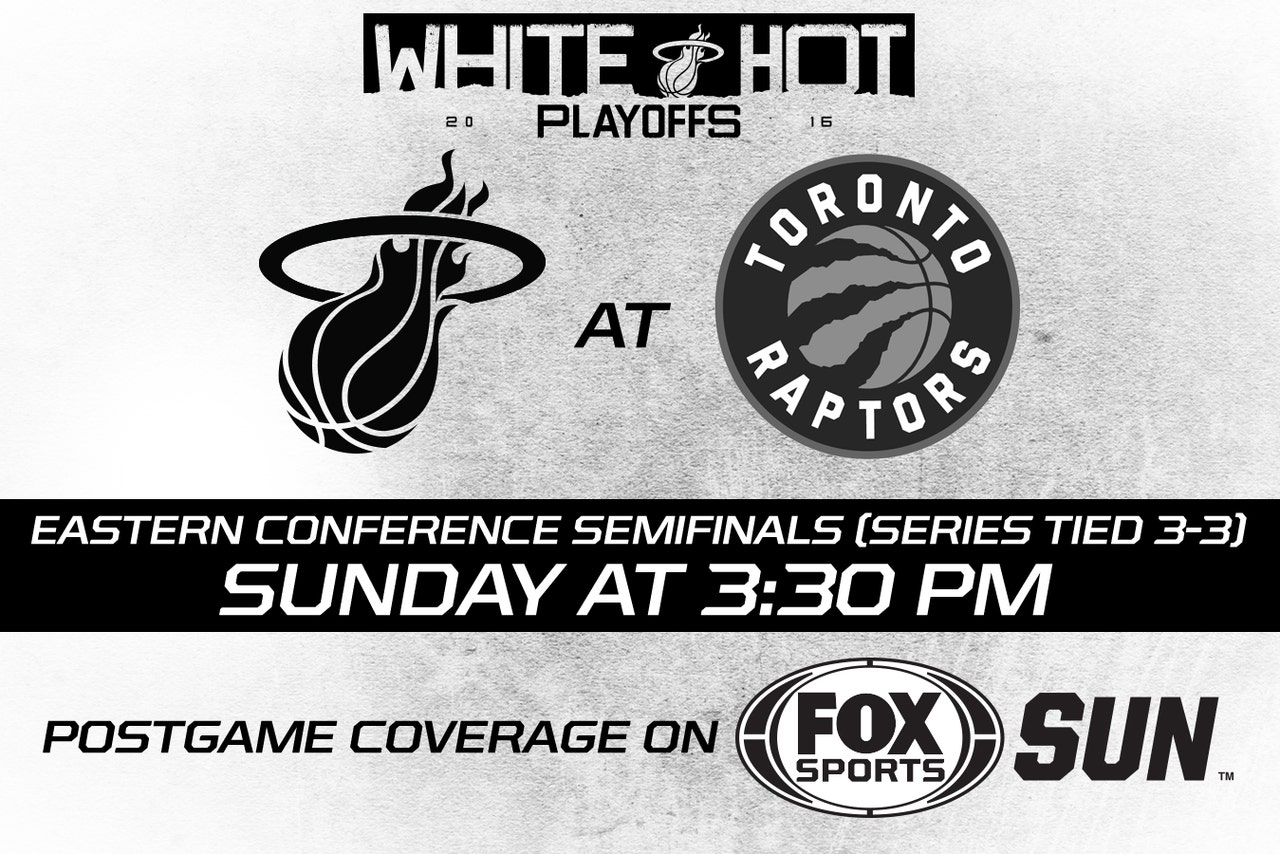 Either Toronto or Miami will become the 15th NBA team to win two Game 7s in the same postseason. The Raptors could go to the Eastern Conference finals for the first time. The Heat have a shot at being the first team ever to erase 3-2 deficits in consecutive playoff series.

And if that wasn't enough, LeBron James awaits the winner in the East finals.

The stage is set, the stakes are super-high. The final second-round game of this year's playoffs is Sunday afternoon in Toronto, where the Raptors and Heat will play Game 7 and finally decide their back-and-forth, black-and-blue series. The winner will join Golden State, Oklahoma City and Cleveland as the four teams left standing in the chase for the NBA championship.

"This is why we're in this business, to be pushed and tested and challenged," Miami coach Erik Spoelstra said Saturday. "There's no greater challenge than a Game 7."

They hope history repeats itself one more time Sunday.

"Game 7 in the first round was a little more tight," Raptors guard Kyle Lowry said. "This one Sunday will be `Just go out there and hoop.'"

Every team and every year is different, but closeouts seem to never come easily for Toronto.

The Raptors are 2-6 all-time when they have a chance to eliminate an opponent, and lost a Game 7 at home two years ago to Brooklyn -- a team that featured current Heat forward Joe Johnson. Lowry and backcourt mate DeMar DeRozan are averaging a combined 42.7 points in the series, but are still shooting a combined 38 percent.

"Our backs will be against the wall," Raptors forward DeMarre Carroll said. "It's Game 7 on our home court with our home crowd. What better place do you want to be?"

The Heat, meanwhile, oddly seem to thrive when in trouble.

Miami has won its last four Game 7s, could join the Lakers and Celtics as the only franchises to win five straight, and are 7-1 in its last eight games when facing elimination. And Miami has somehow won its last three series after falling into a 3-2 hole.

Miami figures to stay with the small lineup, with rookie Justise Winslow the de facto center to open the game -- as was the case in Game 6 when Spoelstra rolled the dice and played only eight players, just one standing taller than 6-foot-9.

It was unconventional. It was necessary. And it worked, with Goran Dragic's 30 points leading the Miami win.

Chris Bosh has been out since February after another blood clot was found, Hassan Whiteside has missed most of this series with a knee injury, and seven of the eight players who got minutes Friday were not with the Heat when they played in the 2014 NBA Finals.

Yet here they are, on the cusp of reaching the conference finals for the seventh time in Wade's 13 seasons.

"I didn't want to go down not swinging, so that was pretty much my mentality," Winslow said. "I'll approach Game 7 the same way."

The Raptors could throw a wrench in Miami's small-ball scheme if center Jonas Valanciunas -- out since spraining his ankle in Game 3 -- was to return. The Raptors say he's not ready to play, but the Heat know some sort of adjustment from Toronto is coming.

"We have to respond," Raptors coach Dwane Casey said.

The series has had a little of everything. There was Wade's anthem flap, injuries to Whiteside and Valanciunas, DeRozan playing through a bad thumb, bloodied faces for Lowry and Dragic, and Carroll and Luol Deng playing through sore wrists in Game 6.

Now it's time to decide a winner, and Cleveland's opponent in the East final.

"Nobody said it was going to be easy," Dragic said.