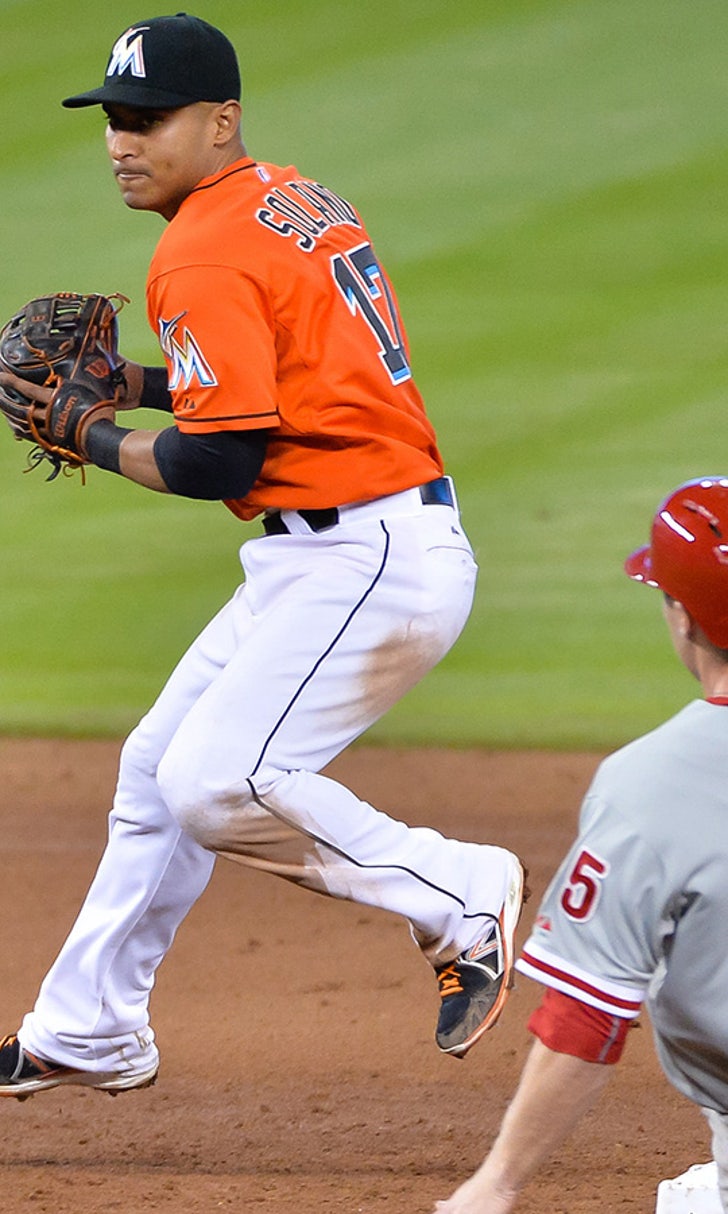 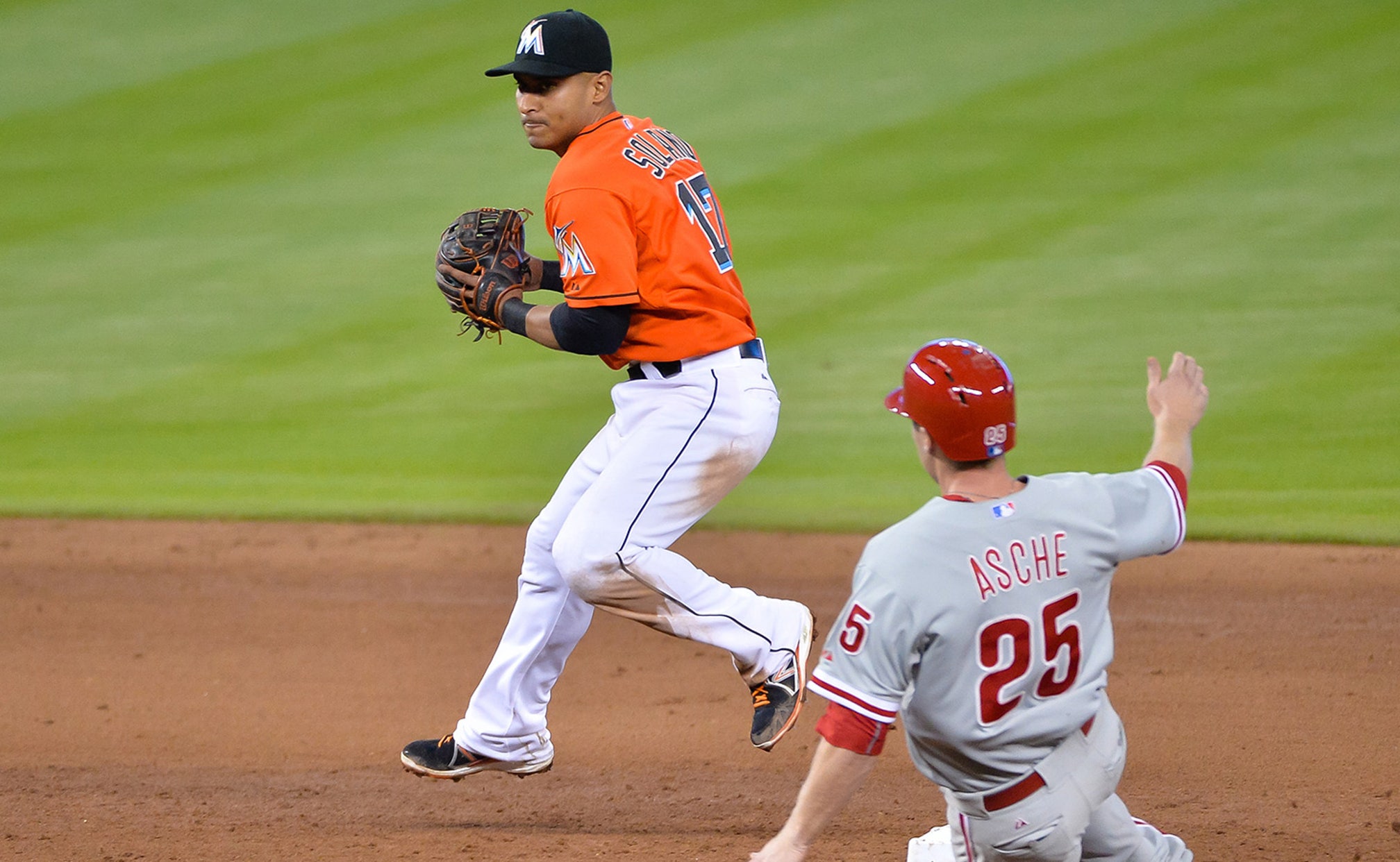 Marlins fail to climb above .500 with loss to Phillies 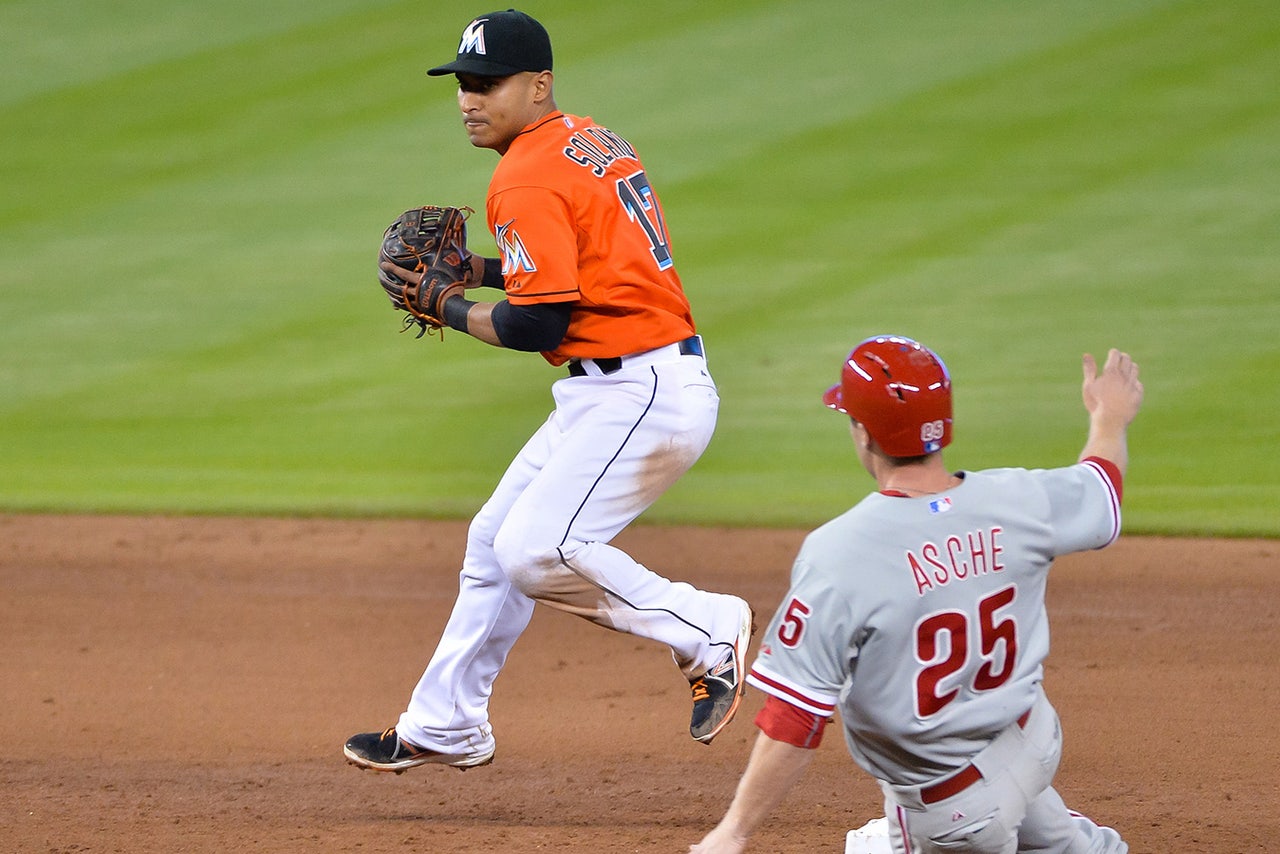 MIAMI (AP) -- Ryan Howard lingered on the field after the game, slowly following his teammates to the clubhouse and even pausing on the dugout steps to shake hands with a security guard.

There haven't been many good games for Howard to savor in 2015, and this was one.

The veteran slugger had a pair of RBI hits to help rookie Severino Gonzalez earn his first career victory, and the last-place Philadelphia Phillies broke a five-game losing streak by beating the Miami Marlins 6-2 Sunday.

"This is the kind of game you want to build off of," Howard said. "This is one that we definitely needed."

The Phillies averted a sweep and improved to 3-11 on the road. The Marlins, who had won four in a row, missed a chance to climb above .500 for the first time this year.

Howard struck out twice before he drove in a run in the sixth with his first triple since April 2014. He added an RBI single in the seventh and improved his average to .193.

"I just tried to battle through things," he said. "You have to dig deep and keep battling."

It was only the third time this year that Howard had two hits in a game.

"I think there was a little bit of anger behind them," manager Ryne Sandberg said. "He took his aggression out on the baseball. Those were good swings, real good swings."

Gonzalez (1-1) improved dramatically from his first big-league start five days earlier, when he gave up seven runs in 2 2-3 innings. He allowed Miami two runs in five innings, lowering his ERA from 23.63 to 10.57.

"My location was a lot better," Gonzalez said through a translator. "My mind was really set on attacking the strike zone."

Jonathan Papelbon pitched the ninth to complete a six-hitter.

Odubel Herrera, one of the Phillies' few bright spots this year, came off the bench to deliver an RBI single in the eighth. He also made a leaping catch in center field to rob Adeiny Hechavarria of an extra-base hit.

Marlins second baseman Dee Gordon was given the day off even though he has had six consecutive multihit games and leads the majors with an average of .440. His replacement, Donovan Solano, scored a run but committed two errors, and one led to an unearned run.

"I'd love to sit here and say we can play nine guys for 162 games, but that's not possible," Redmond said. "This thing is a grind, and you've got to be able to keep players fresh."

Jarred Cosart (1-2) gave up three runs in five-plus innings, including two in the sixth when the Phillies rallied for a 3-2 lead.

BACK TO BACK BROTHERS

Jhonatan Solano drove in his younger brother with a double in the fifth. The Solanos, both reserves, played together in a big league game for the first time, and batted back to back for the first time since they were youngsters growing up in Colombia.

"I live in a dream playing with my brother," Jhonatan said. "But we lost the game, and that's all that matters."

Marlins RHP Mat Latos (hamstring) felt fine after a bullpen session Saturday and will start at scheduled Tuesday at Atlanta.

RHP Aaron Harang (2-2, 2.51) starts for the Phillies on Monday when they open a series at Atlanta. He allowed only two hits in eight shutout innings against the Braves on April 24 but received no decision.