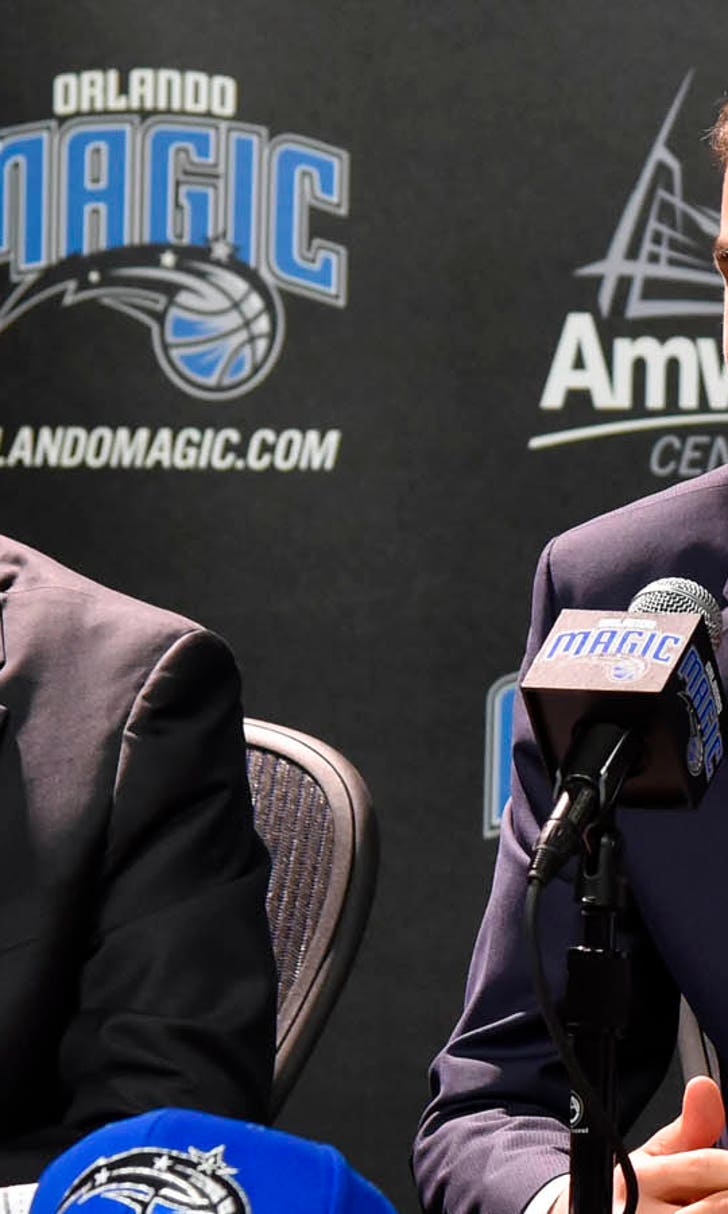 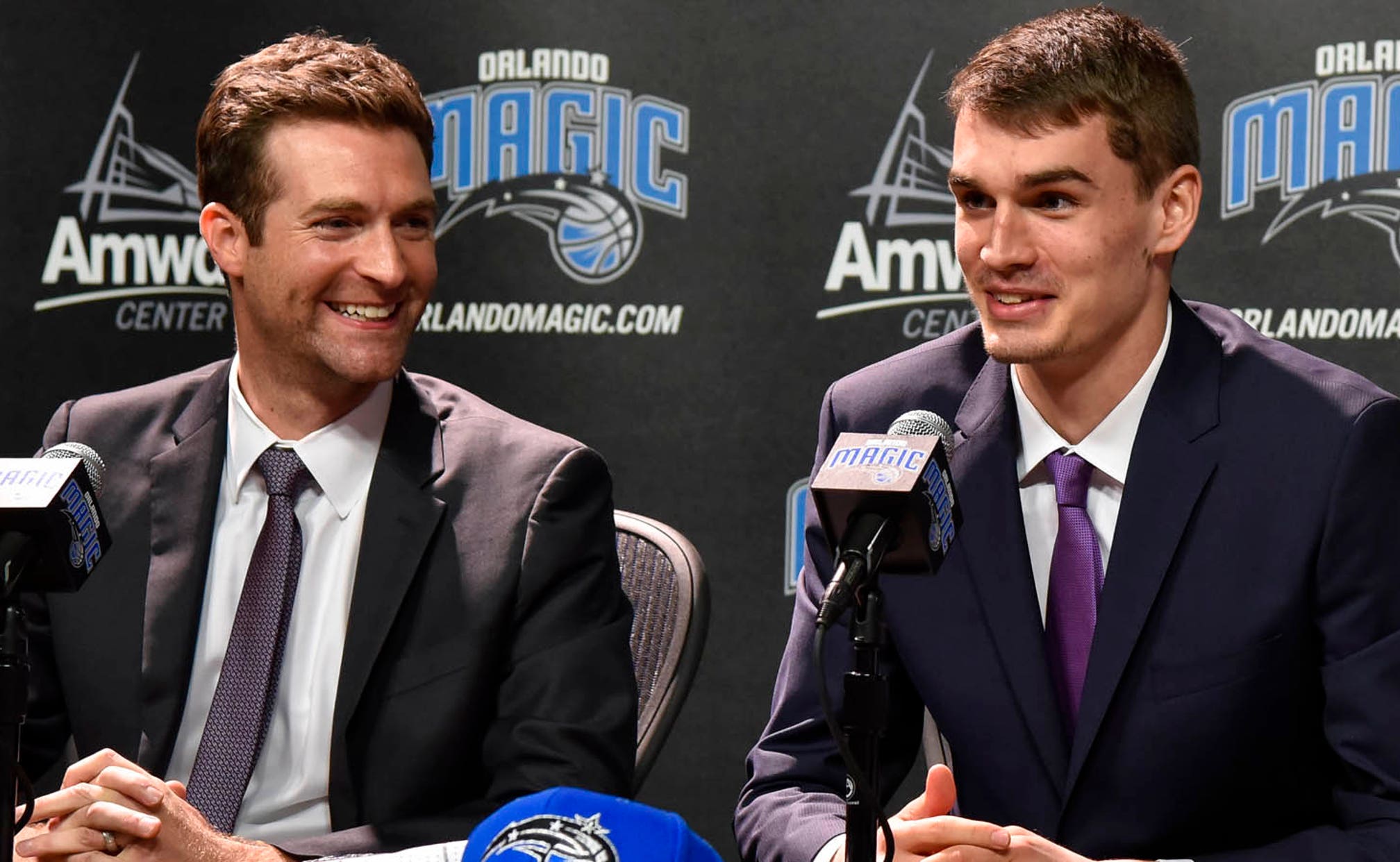 Magic have high hopes for Hezonja, but will limit him in summer league 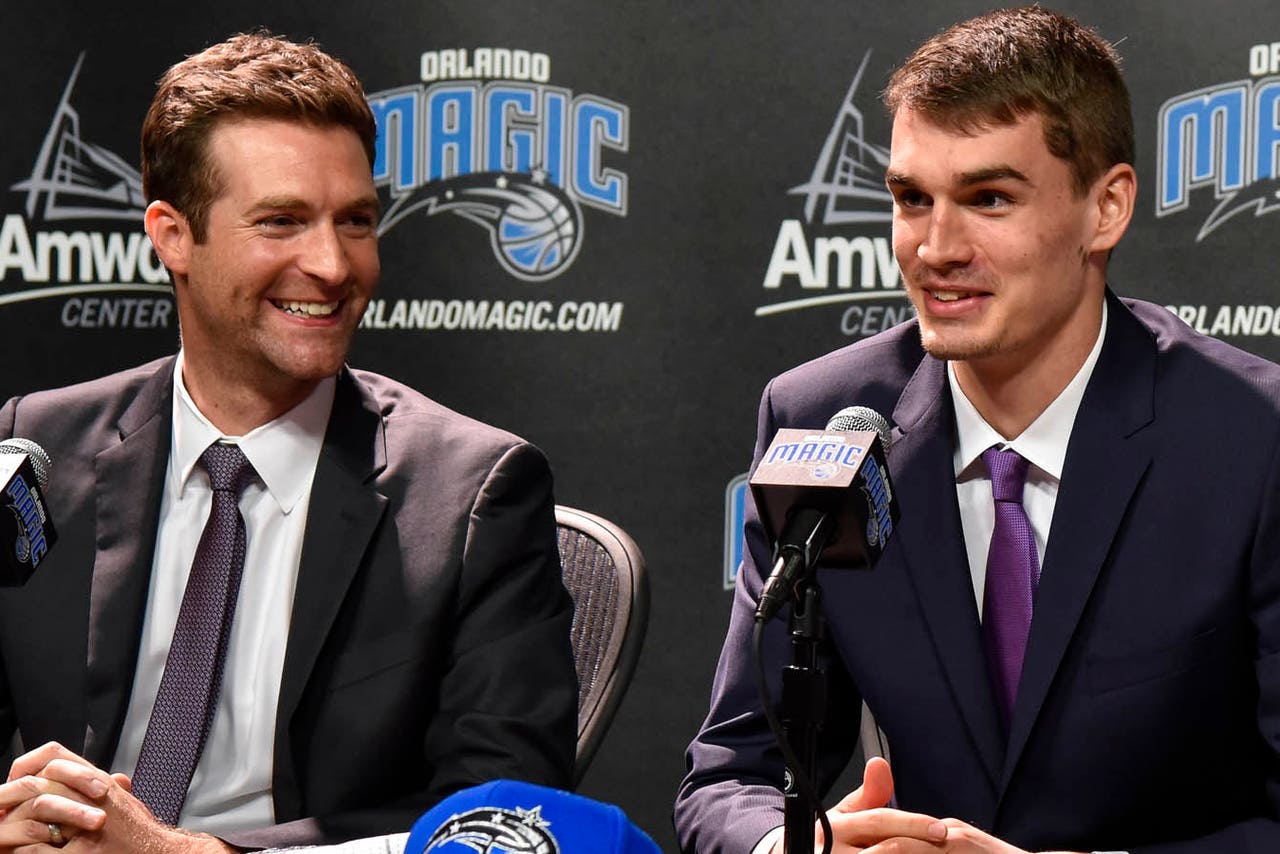 The Croatian-born 20-year-old would skip straight from his just concluded full season with FC Barcelona in the Euroleague, to playing in every game during Orlando's upcoming summer league, to probably working out every day until training camp.

"When I finished with Croatia, I was thinking really about the NBA already. At that age, I was 17 turning 18," Hezonja said during his introductory news conference on Thursday.

But as energetic as the fifth overall pick might be, team officials hoping he can help propel this young Orlando team out of the rebuilding doldrums have a more controlled transition in mind.

Magic general manager Rob Hennigan reiterated that for now the plan for Hezonja is to play two of Orlando's five games during the Orlando summer league, which opens Saturday.

Hennigan shrugged off the notion that Hezonja might have been overlooked by other teams on draft night, and said his selection was more about their scouting zeroing in on a player who matches their needs.

"His game fits with our team. His skillset fits with our team," Hennigan said. "A lot of times in the draft you look for guys who are really talented, and guys who fit a need. Often times you can't find both in the same player. We feel fortunate enough to think that we have potentially found both with Mario."

While Hezonja comes in with lots of experience, having played professionally in Europe since age 11, new Magic coach Scott Skiles said he's not expecting him to necessarily come in contributing like a veteran.

"We'll just have to see where he's at in relation to the other guys," Skiles said. "He has a couple of outstanding, already sort of high-level NBA skills in his pocket. He can really shoot it and he's really athletic. So those are things we need.

There is also a little mystery about second-round selection Tyler Harvey. What is known is that former Eastern Washington guard can score, having led the NCAA Division I as a junior last season.

Harvey said his plan to make the Magic's roster is to keep the "hard work" mentality that helped him jump from averaging 7.1 points as a freshman to nearly 22 per game the following year.

As for Hezonja, the thing no one can take away is the on-court confidence that has become his calling card.

"I think you can't be a professional athlete if you don't have confidence, in your teammates and in yourself," he said. "So basically that's pushing me... to work hard every day to get ready for every opportunity."