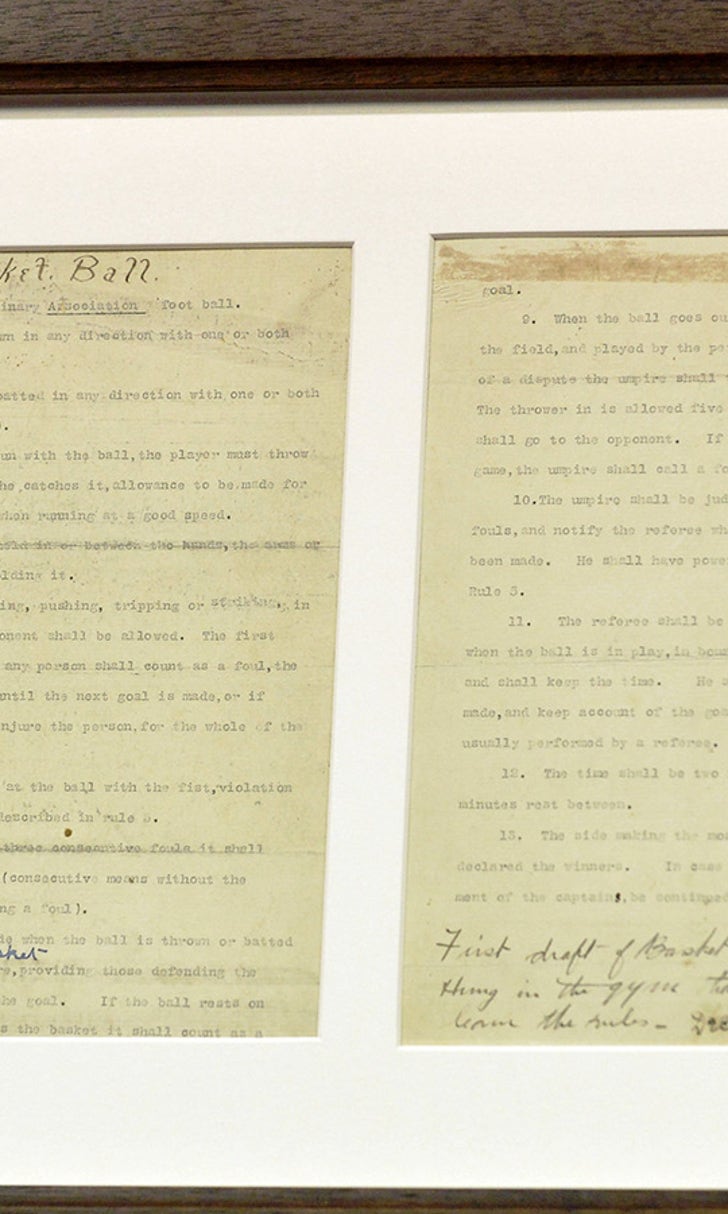 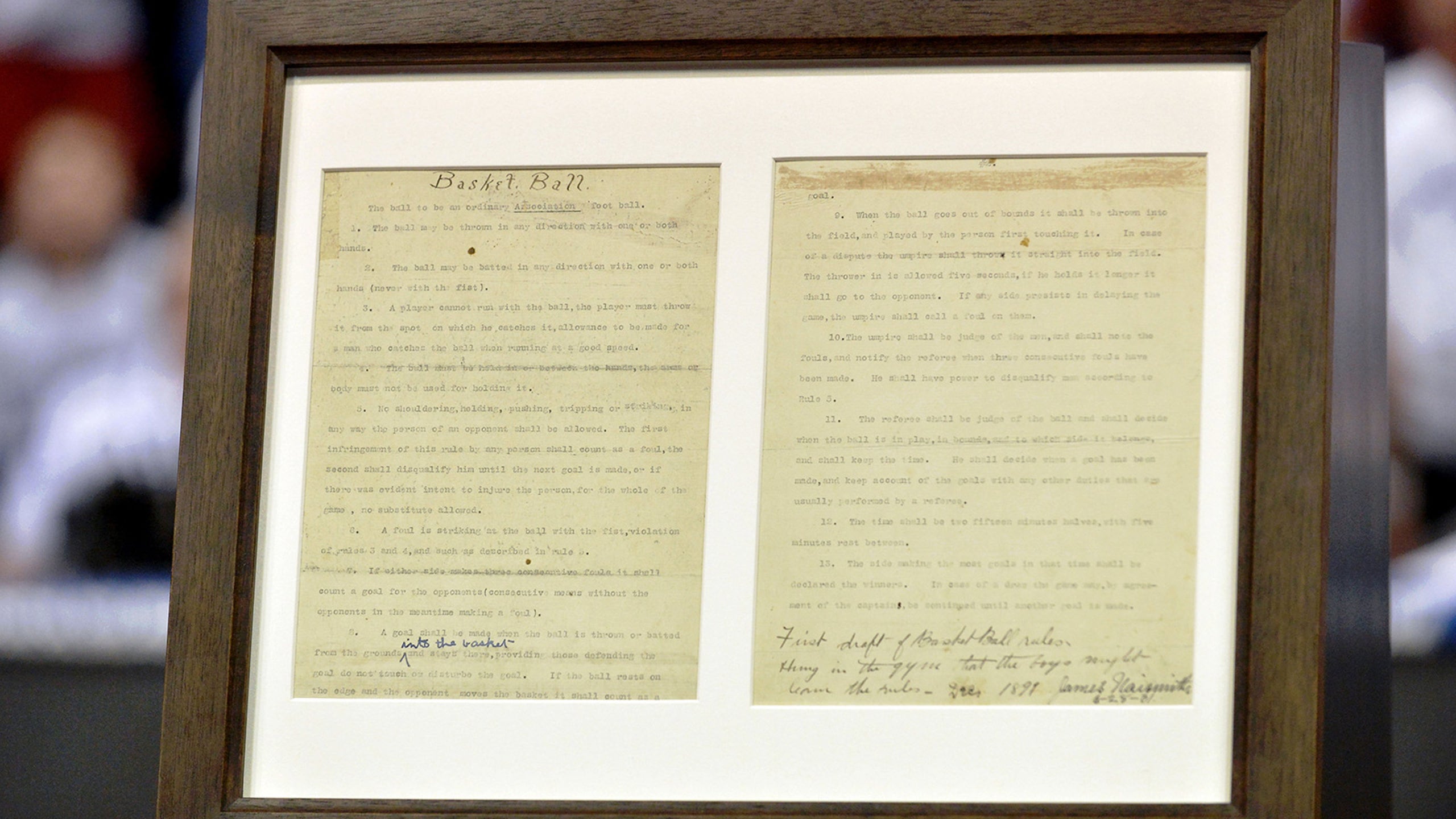 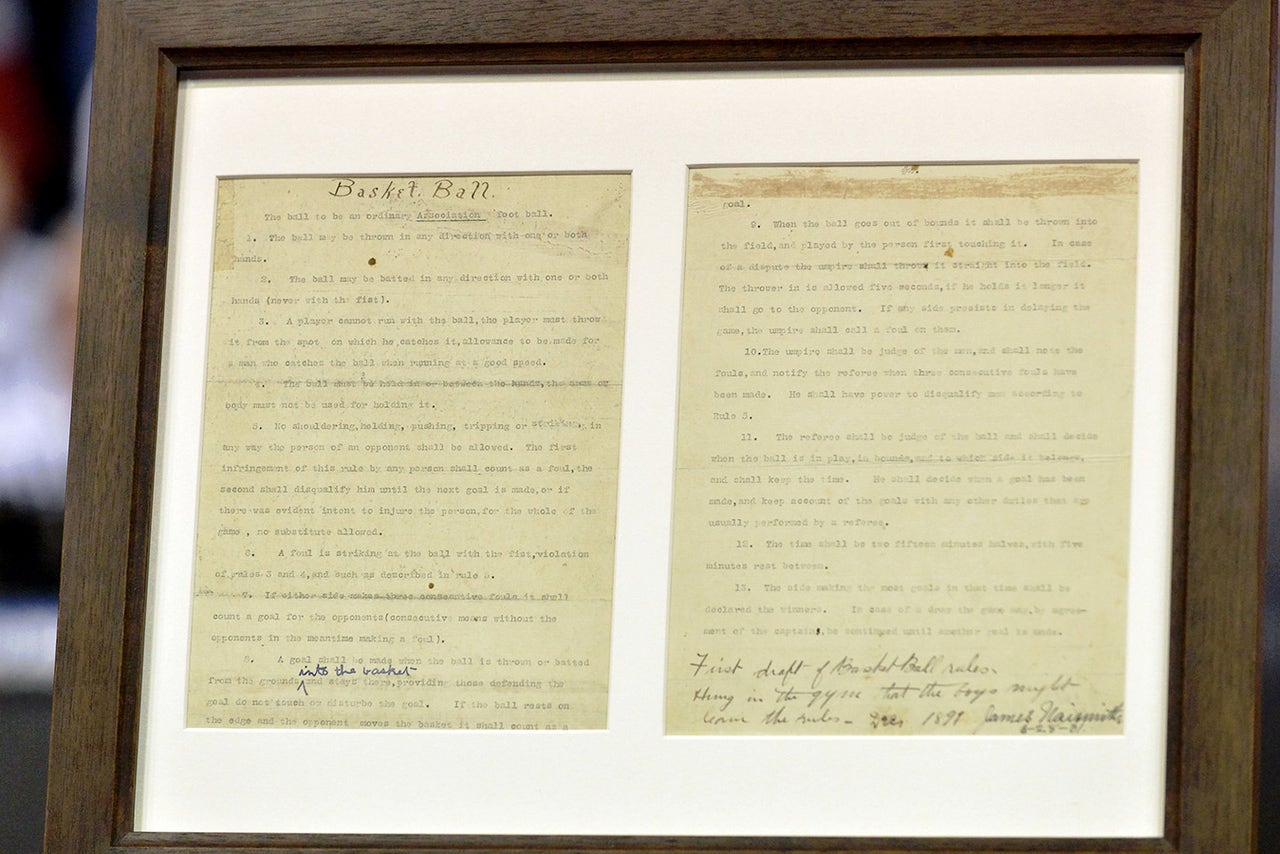 LAWRENCE, Kan. -- The University of Kansas put James Naismith's original rules of basketball on display Friday at the new multi-million-dollar DeBruce Center, which was built to house the historical two-page document.

The 32,000-square-foot DeBruce Center opened a few weeks ago and is the permanent home for "The Original 13 Rules of Basket Ball," which Naismith wrote in 1891. The display was installed Friday.

The area where the rules are held is deliberately darkened to protect the historic document, which was bought at auction in 2010 for $4.3 million by University of Kansas alumnus David Booth and his wife, Suzanne Booth.

The $21.7 million donor-funded DeBruce Center, which was built to house the rules and serve as a space open to students and the public, opened April 25 and also features a cafeteria, gift shop and lounge space, The Lawrence Journal-World reported.

The display also contains a small portrait of Naismith as well as a 1939 radio interview of Naismith describing how he invented the game. It's the only known audio recording of Naismith's voice.

Kansas basketball coach Bill Self, who got his first glimpse of the newly installed Naismith rules Friday, said the display reminded him of Leonardo da Vinci's "Mona Lisa," among the world's most famous portraits.

"What makes it so cool is how simplistic it is," Self said. "For those two pieces of paper to have such an impact in our sport is what makes it so special."