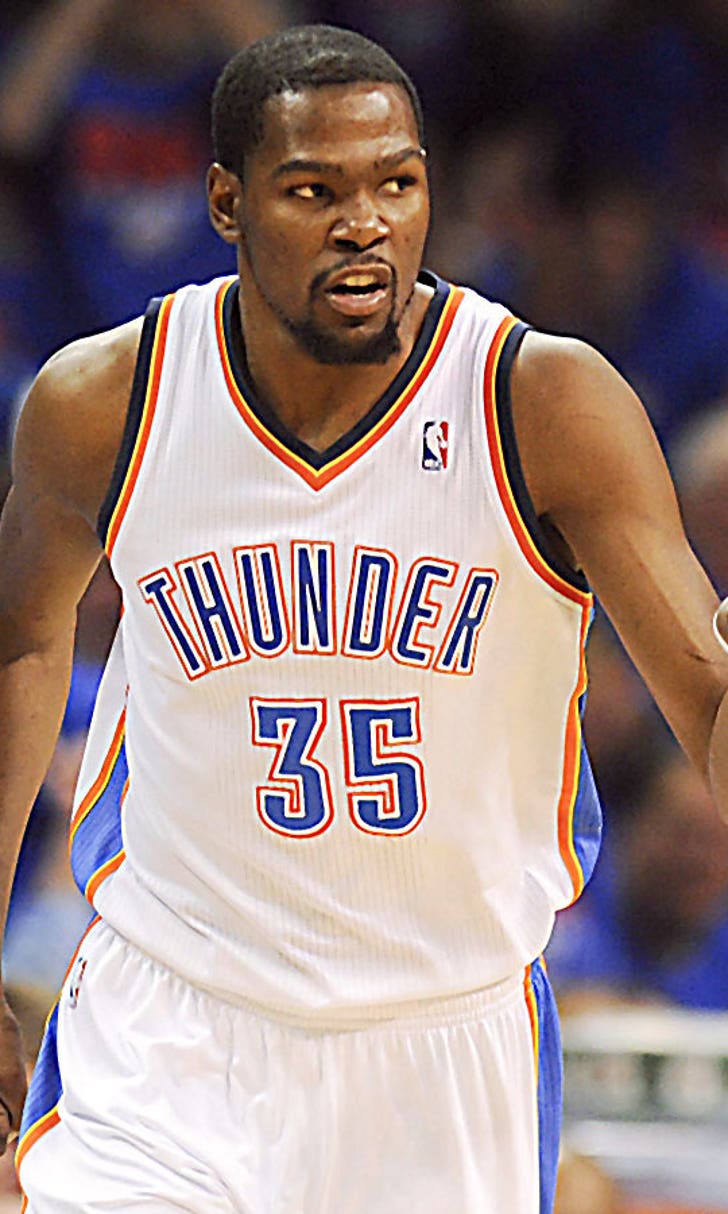 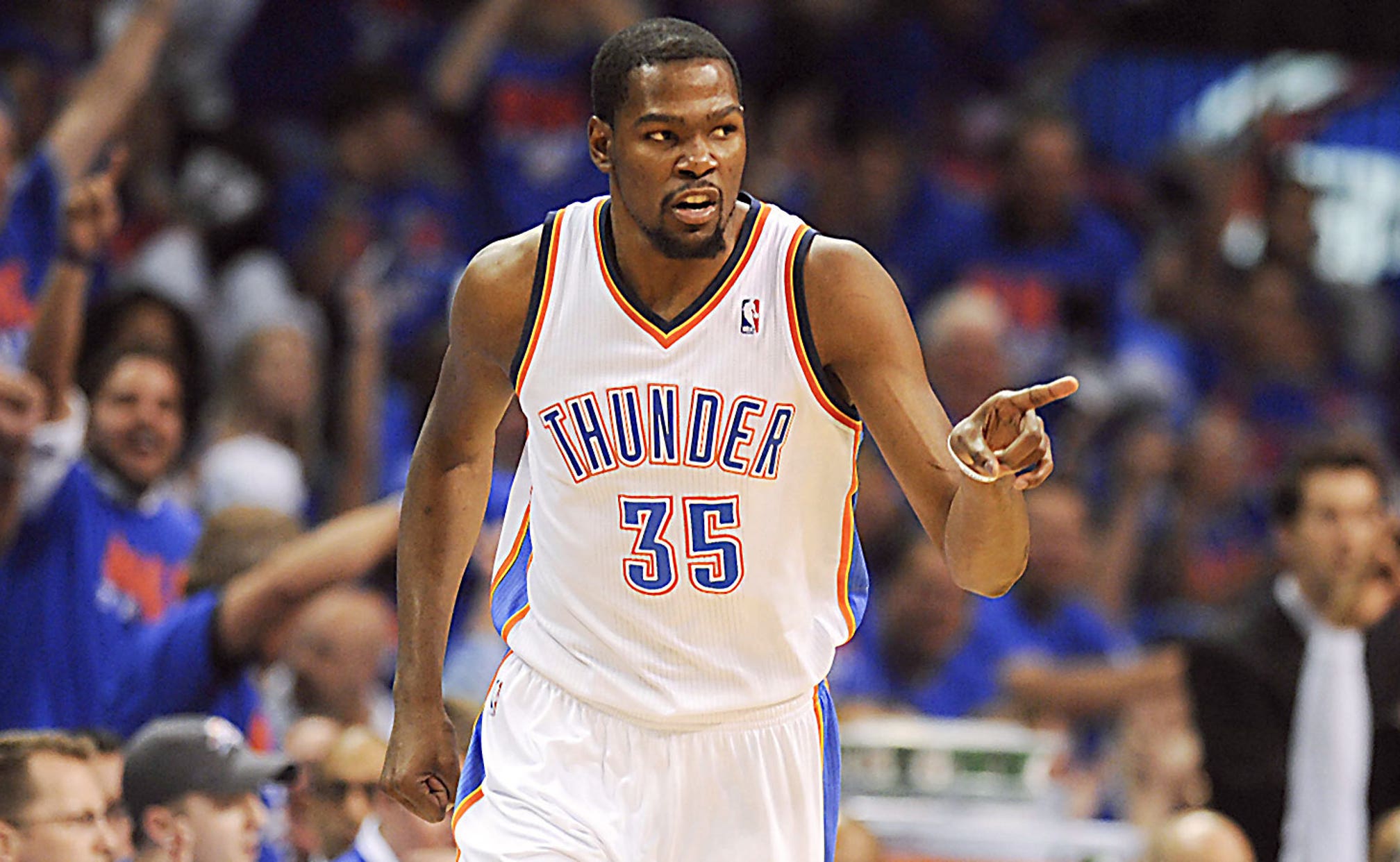 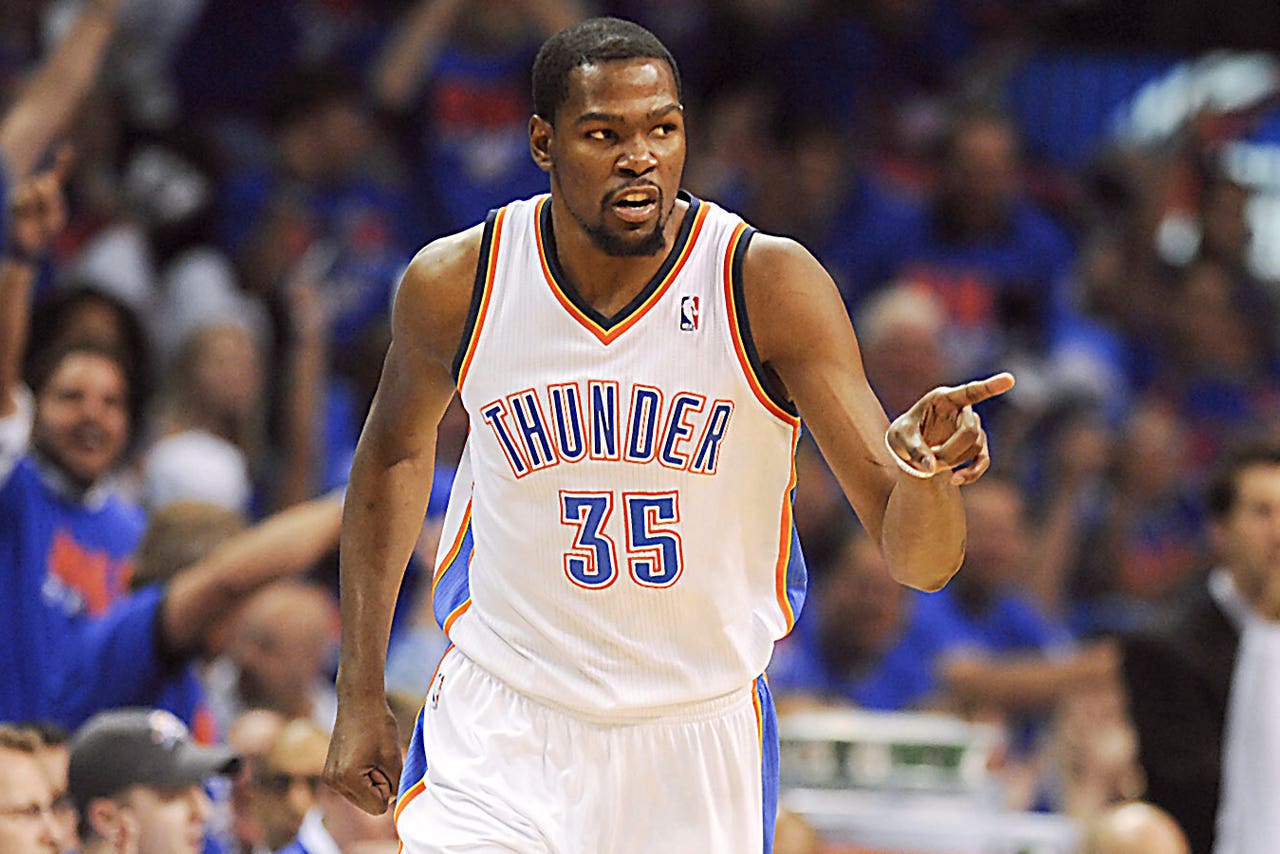 OKLAHOMA CITY -- Kevin Durant has been named the MVP.

The Oklahoma City forward got 119 of 125 first-place votes and earned his first MVP award in the same season he won his fourth scoring title.

LeBron James of the Miami Heat was second in the voting, getting the other six first-place votes. Blake Griffin was third, Joakim Noah was fourth and James Harden was fifth.

Durant scored 33 points and had 10 assists in Game 7 against Memphis and helped the Thunder get past the first round of the playoffs. He scored 25 or more points in 41-consecutive games at one point this season and was named the Western Conference Player of the Month four times.

For the season, Durant averaged a career-best 32 points as well as 7.4 rebounds and 5.5 assists per game.

Congratulations to my bro @KDTrey5 well deserved!!!! #ProudOfYou don't know 2 many people who love the game like this kid! !!

Congrats to KD on a career year and his first #KiaMVP http://t.co/5w6Vidbpel

Congrats to @KDTrey5 on being #NBAMVP and giving one of the realist and most touching @NBA MVP acceptance speeches I've heard. #Real

KD to his teammates: "When you have people behind you, you can do whatever." #OKCsMVP pic.twitter.com/k1DSTnl3oG