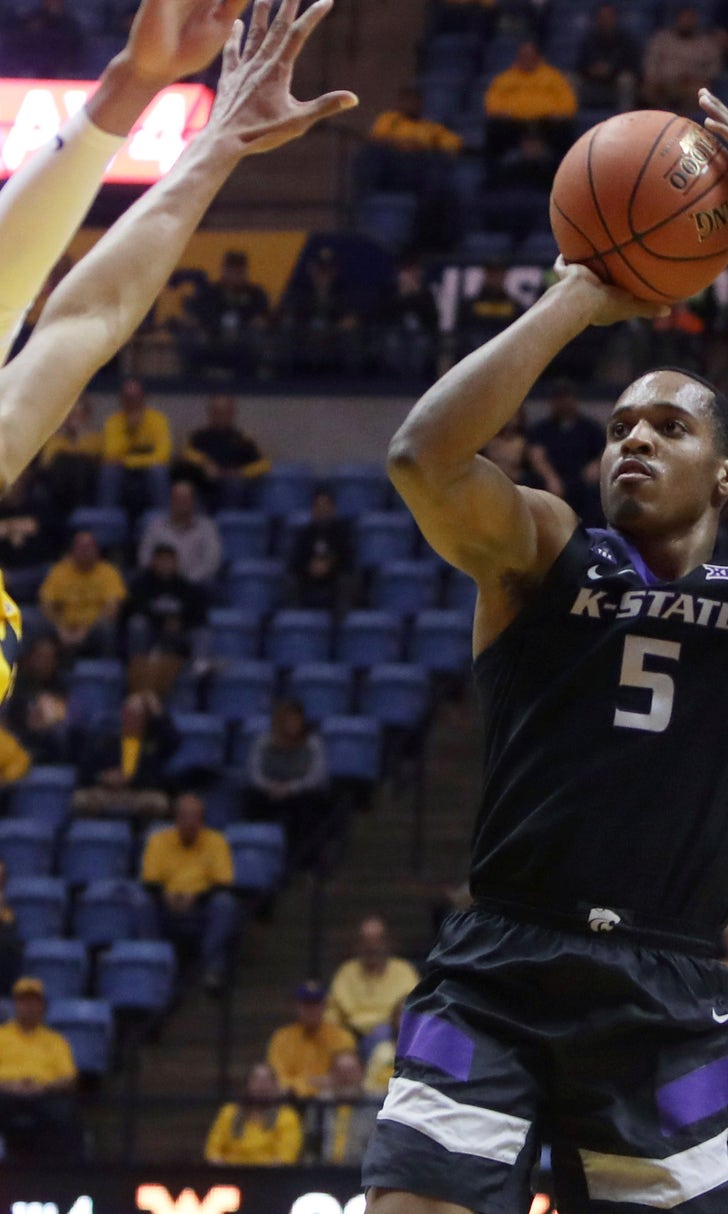 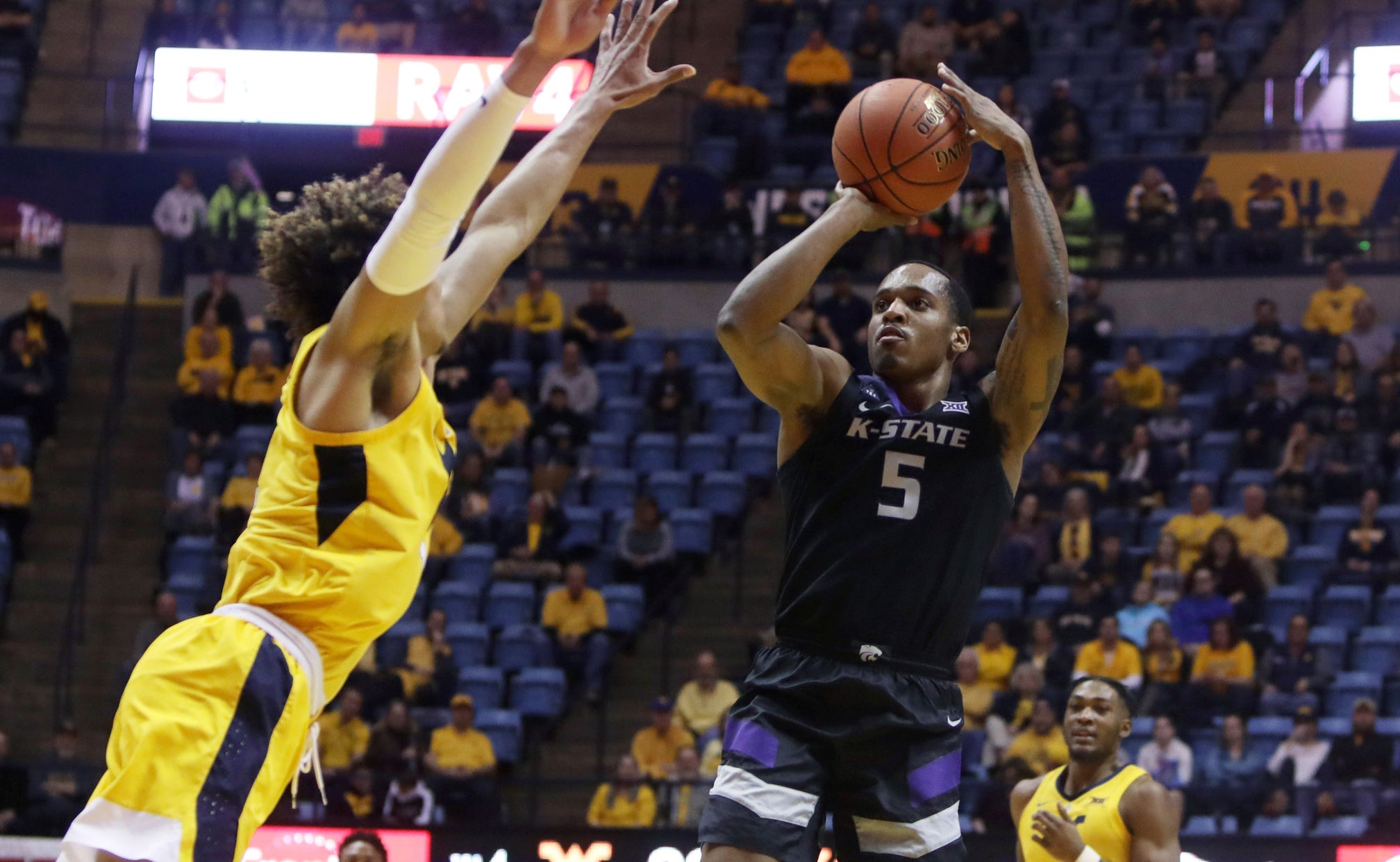 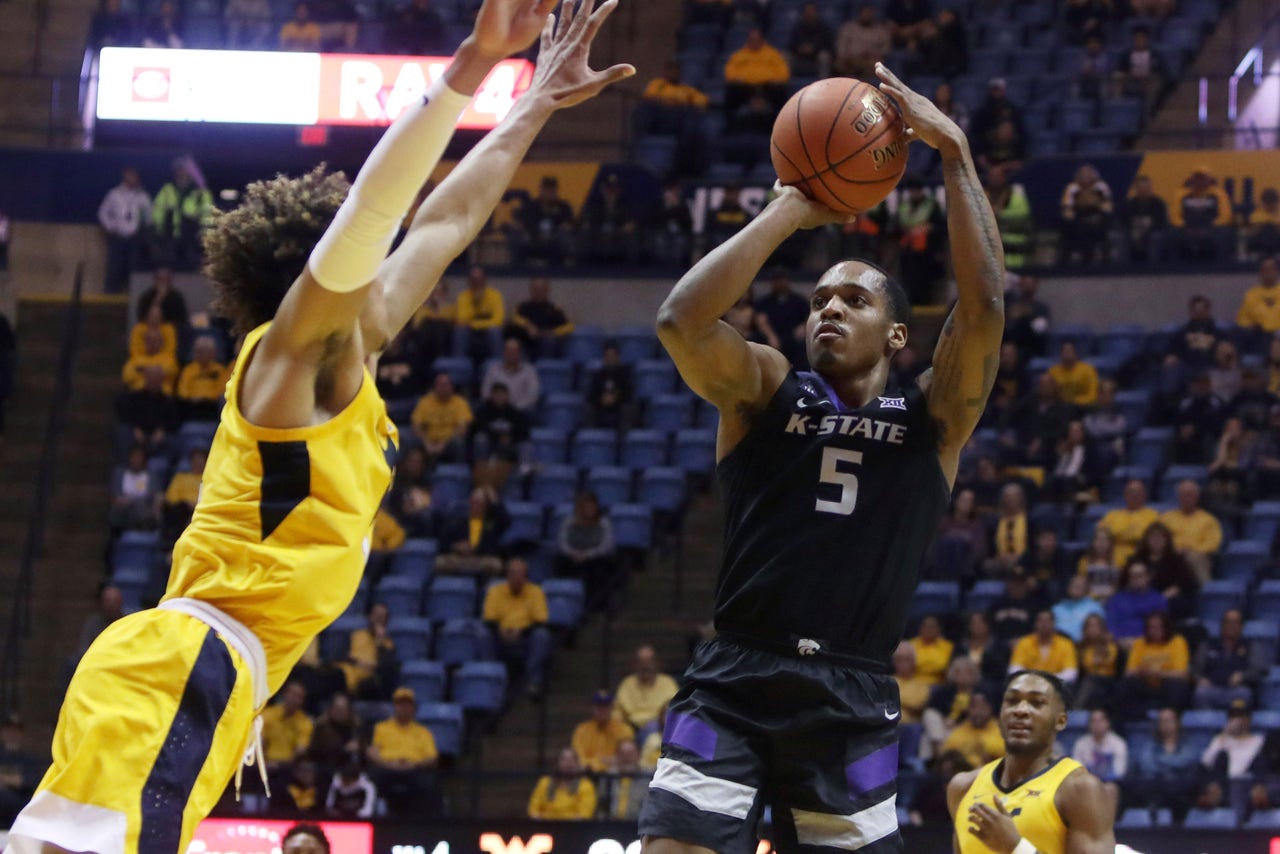 MORGANTOWN, W.Va. — Kansas State went on the road to quickly get back on track.

Barry Brown scored 21 points and the No. 23 Wildcats beat West Virginia 65-51 on Monday night to remain atop the Big 12 standings.

"We've won these road games, and you do that with experience," Kansas State coach Bruce Weber said. "You got guys who've been through it and stay poised. They stay focused and stay disciplined on defense."

K-State responded with the 14-0 run. WVU could not recover.

"We were getting a lot of shutouts, trying to hold them to one shot, get the rebound and push it," Brown said.

West Virginia finished 18 of 52 from the field.

The Mountaineers outrebounded the Wildcats 35-31.

Kansas State: The Wildcats maintained their Big 12 lead by bouncing back from a 78-64 loss to then-No. 23 Iowa State on Saturday. No. 12 Kansas and No. 14 Texas Tech remain one game back at 9-4. The Jayhawks and Red Raiders play each other Saturday in Lubbock, Texas.

West Virginia: Considering the recent depletion of their roster, the Mountaineers put up a pretty good fight against the stout Wildcats, not caving until midway through the second half. With Oklahoma State's win over TCU on Monday, WVU sits alone at the bottom of the Big 12.

Brown drew comparisons to former WVU guard Jevon Carter, who was in attendance.

"He's terrific," Huggins said. "I compare him to Jevon Carter. What JC did here and his maturation process. He's a terrific defender and he's obviously become a very good offensive player."

The win marks K-State's only one in Morgantown during Brown's college career, three of them matching up with Carter.

"Jevon Carter, I know he left a legacy here," Brown said. "His jersey could probably be in the rafters here in West Virginia."

The Wildcats would likely inch up into the top 20 of the AP Top 25 if they beat Oklahoma State on Saturday. In that scenario, Kansas State would be one game ahead of the winner of Saturday's Kansas-Texas Tech game in the Big 12 standings, and that's something voters would likely hold in high regard.

With their sixth win in Big 12 play this season, the Wildcats have reached 20 wins for the fifth time in seven seasons under Weber.

West Virginia heads to Waco to play Baylor on Saturday.