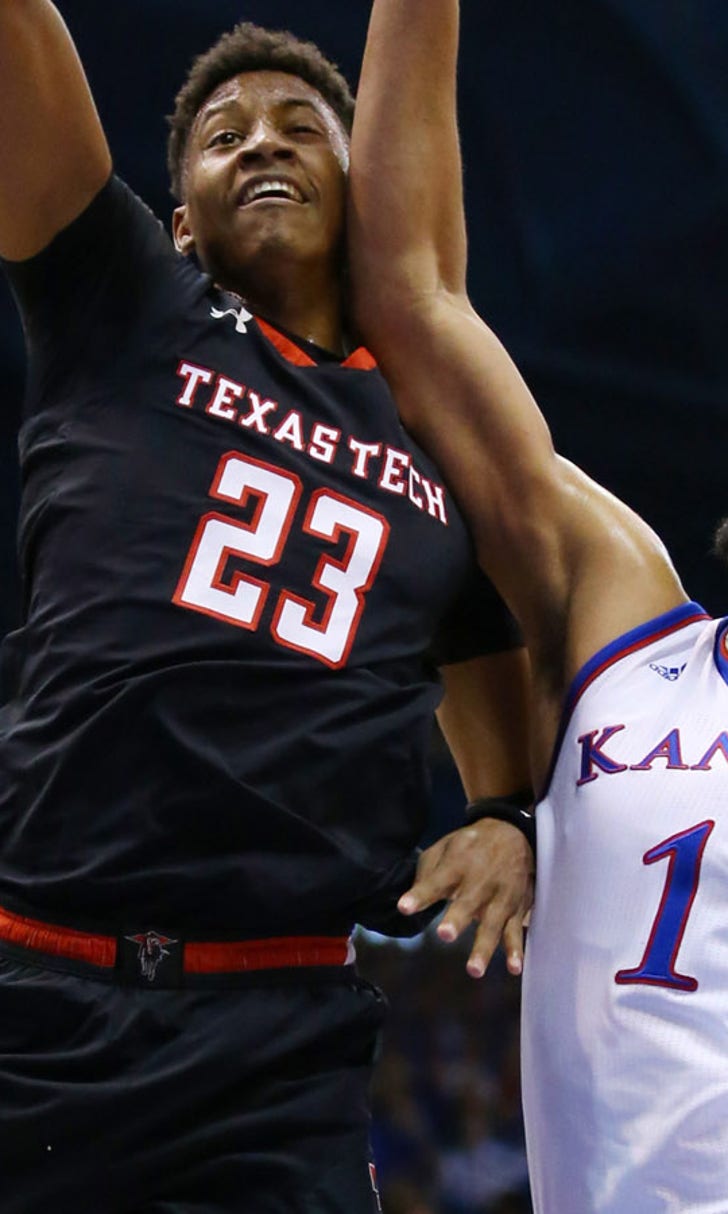 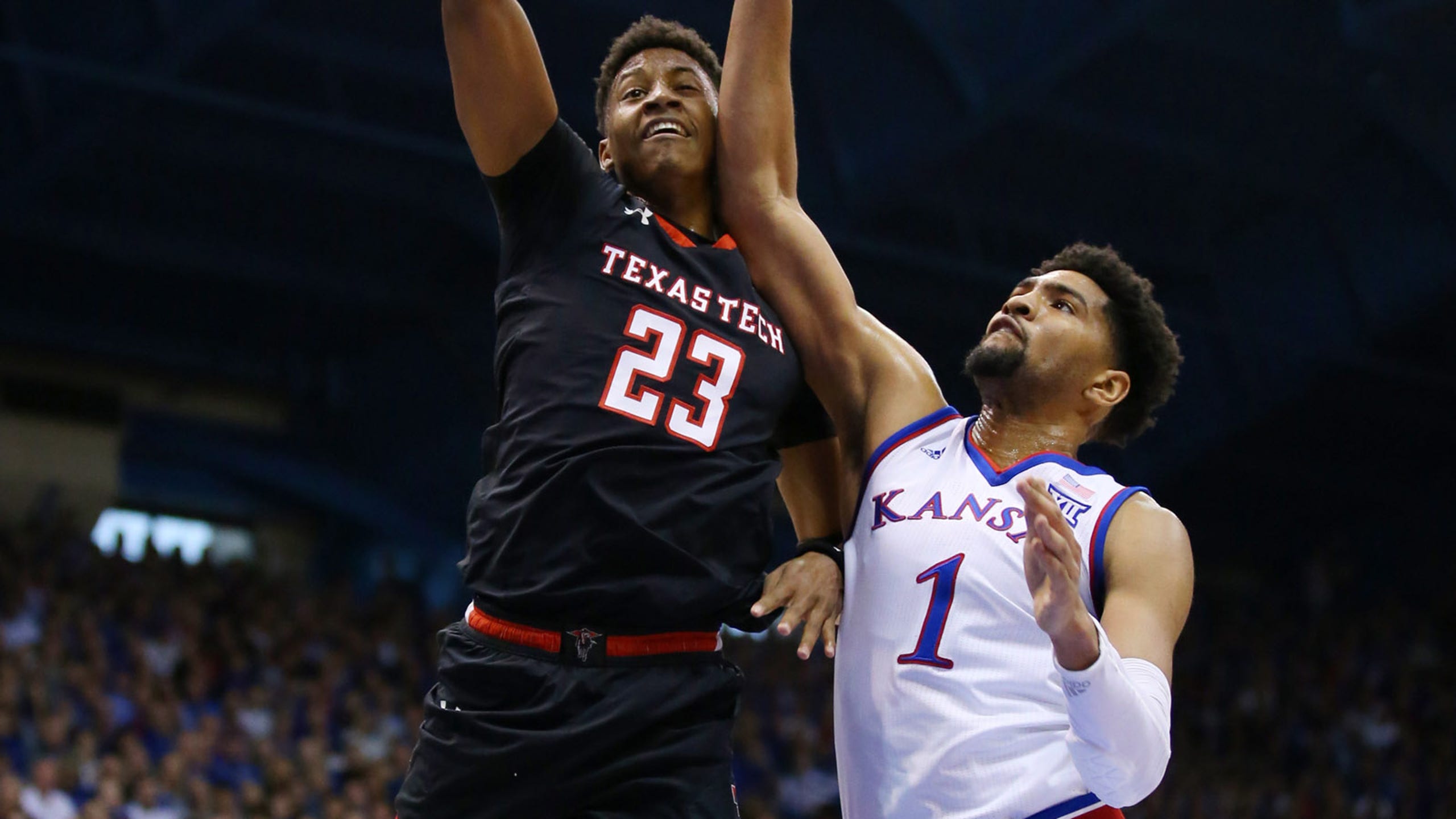 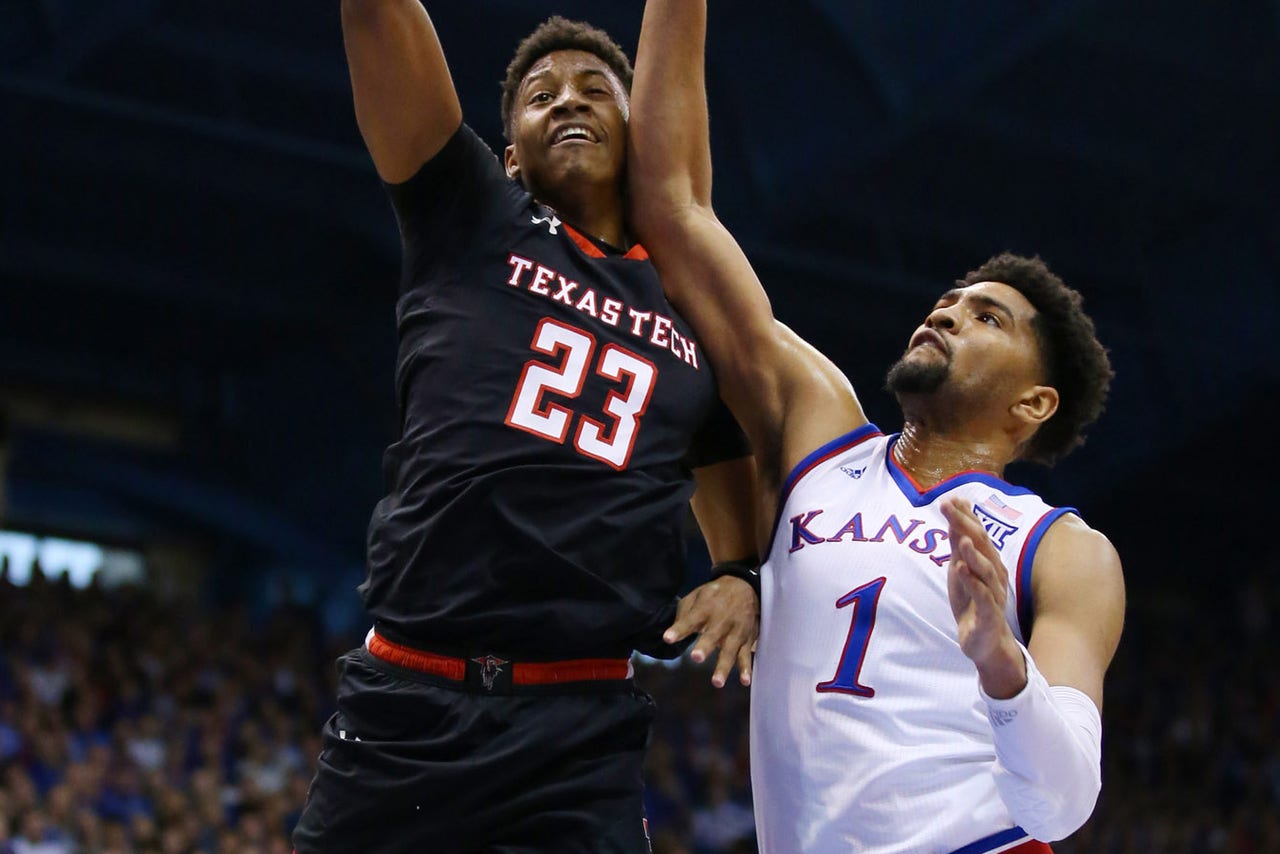 LAWRENCE, Kan. — Kansas coach Bill Self had been waiting most of this season for a moment to galvanize his team.

He may have gotten it during practice on Friday.

First, the Jayhawks lost starting guard Marcus Garrett to a sprained ankle, robbing them of their defensive stopper. Then, they learned that sophomore forward Silvio De Sousa would be ineligible for this season and next after the NCAA determined his guardian had accepted impermissible benefits.

With everything going against them, the No. 11 Jayhawks responded Saturday by throwing haymakers from the opening bell in their showdown with No. 16 Texas Tech. Dedric Lawson piled up 25 points and 10 rebounds, Devon Dotson added 20 points and Kansas cruised to a 79-63 victory over the Red Raiders.

"There comes a point in every season when a team becomes a team," Self said, "and we've been given an opportunity — and maybe fortunately so — that we've dealt with some crap, and you can become a team off that, and I hope today is a step toward it."

Yet suddenly and unexpectedly, they looked every bit the program that has won 14 straight crowns.

The Jayhawks roared to a 20-point halftime lead against the Red Raiders (17-5, 5-4), the league's dominant defensive team, then weathered a shaky start to the second half before pulling away again.

It left a stark change in mood in Lawrence from 24 hours earlier.

"You'd have to be an idiot not to understand what we were walking into," Texas Tech coach Chris Beard said. "Their backs were against the wall. This is how good Coach Self is. There's too much pride in that locker room. And for whatever reason, we didn't hear that message."

Davide Moretti led the Red Raiders with 14 points, but nobody really got on track. Leading scorer Jarrett Culver was held to 10 points on 5-for-17 shooting, the Red Raiders were 6 of 28 from beyond the arc and they continually gave up easy opportunities on the fast break.

Lawson got the Jayhawks off to a hot start, draining an early 3-pointer on his way to 16 points and seven boards by the break. Vick also got into the act, knocking down a trio of first-half threes and at one point gesturing to the Texas Tech bench to bring it on.

The Red Raiders never really did.

Only three times in the first half did Texas Tech score on consecutive trips down the floor, and a team that relies on defense to dictate tempo could not contain the Jayhawks at the other end.

By the time Lawson buried two more threes, the Jayhawks had a 46-26 lead headed into halftime.

To put its offensive efficiency into perspective, Texas Tech had been holding opponents to an average of 56.8 points. Four times the Red Raiders have allowed 46 points or fewer.

Texas Tech began to pound the paint with Norense Odiase in the second half, but misfires from the foul line prevented the Red Raiders from trimming their deficit. And when they managed to get within 15 points, the Jayhawks would answer with a driving layup or crucial putback.

Or they'd make a key defensive stop a la their opponents.

The lead swelled to 25 down the stretch, and Self was able to empty his bench with a couple of minutes remaining against a team that topped Kansas in Allen Fieldhouse last season.

"Victory favors the team that was more aggressive," Beard said. "They were more aggressive than us the whole game, every possession, offense and defense."

Kansas announced 30 minutes before tipoff that the sophomore guard would not play, and he's almost certain to miss Tuesday's trip to Kansas State. Garrett has become the Jayhawks' defensive stopper along with averaging 7.2 points and 3.6 assists this season.

Kansas athletic director Jeff Long said before the game the school will appeal the NCAA's punishment of De Sousa. At issue is the NCAA's finding that his guardian, Fenny Falmagne, received a $2,500 payment from a booster or agent but without De Sousa's knowledge. "If the NCAA is trying to send a message or make a statement through unwarranted punishment," Long said, "they are doing it through the wrong avenue and with the wrong man."

Kansas visits the Wildcats for the Sunflower Showdown on Tuesday night.