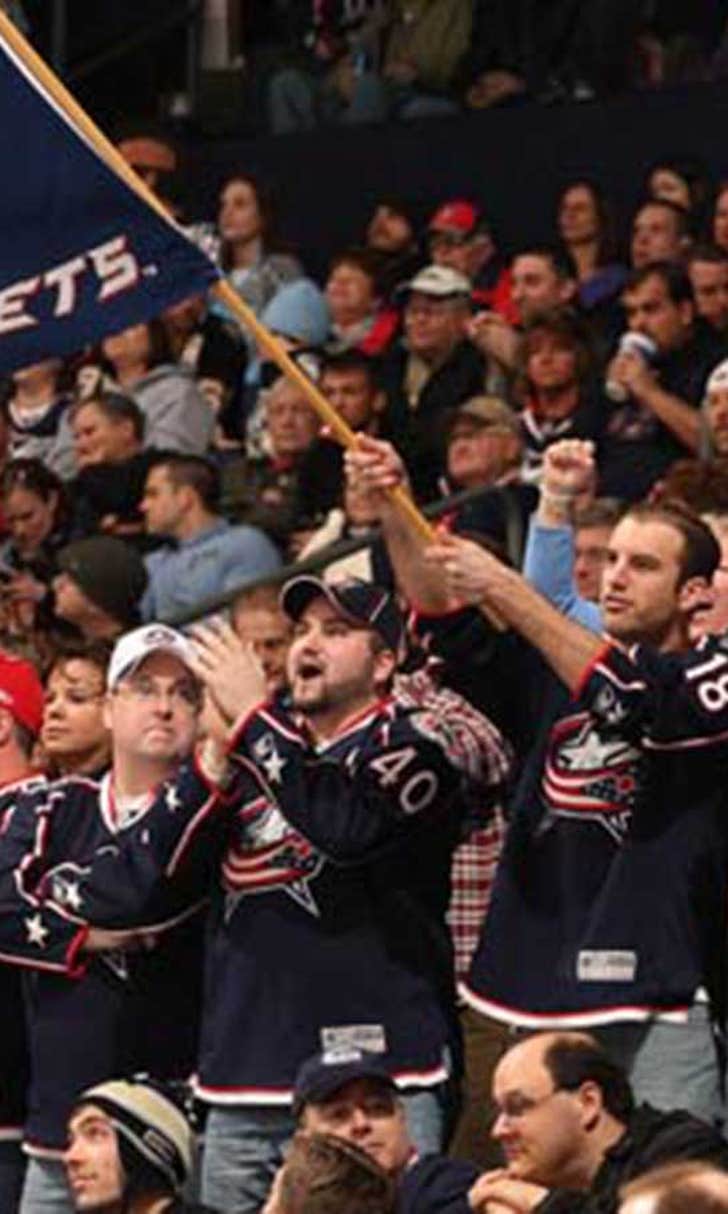 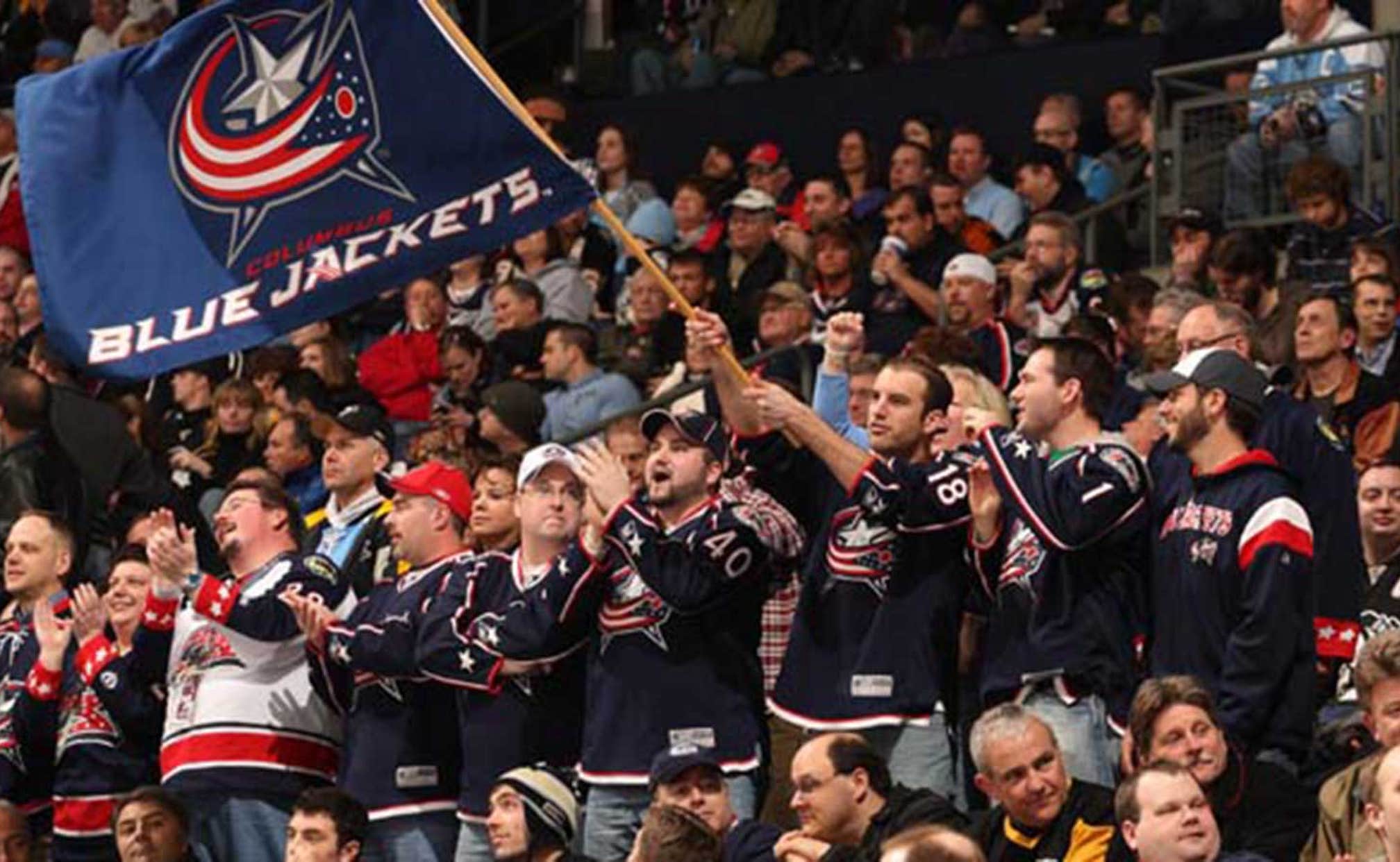 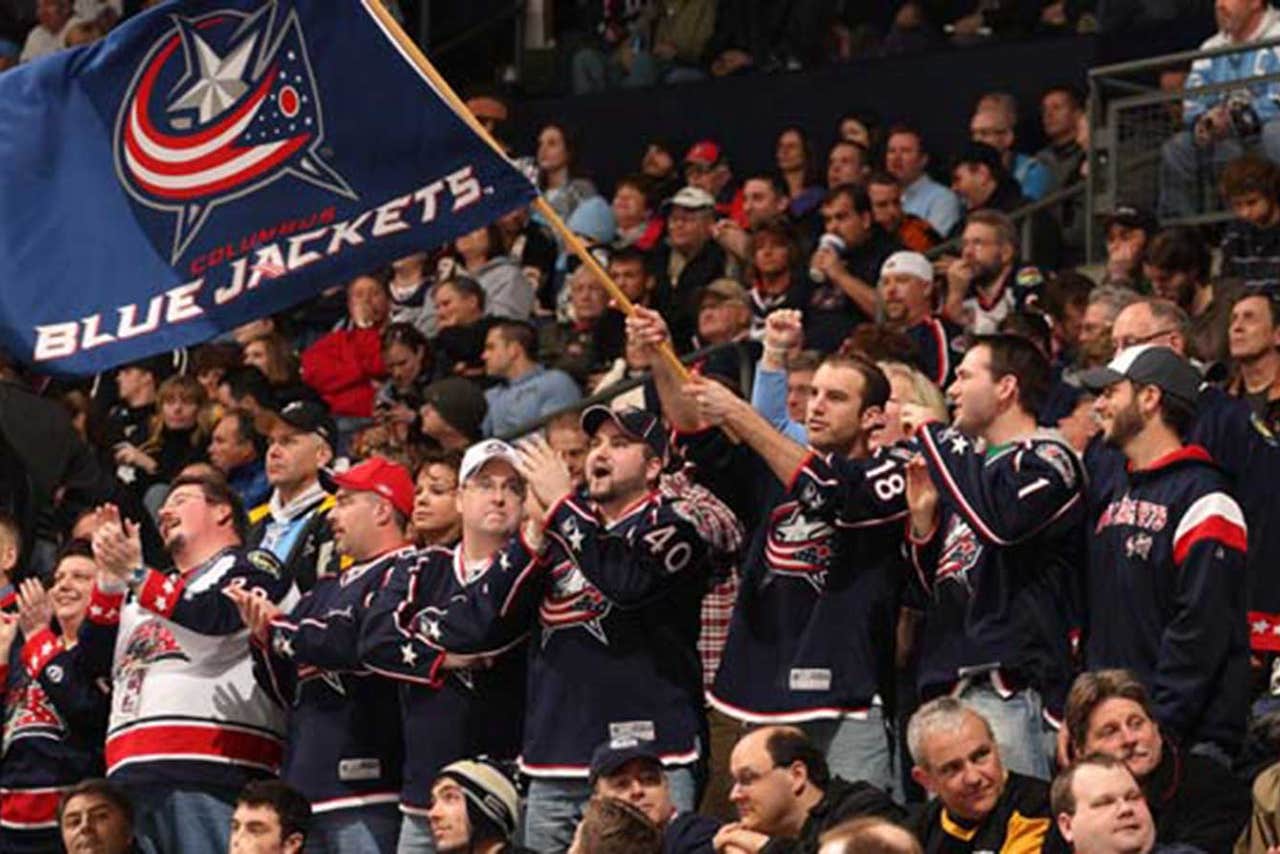 Fan groups are meant to promote a love of their team, but who would have thought that the official Blue Jackets booster club, the Jacket Backers, would lead to true love off the ice as well?

"I met my now wife on the message board that spawned the Jacket Backers - two of my groomsmen, including my best man, were part of the group," said Ben Berry, the second elected President of the Jacket Backers. "We took our engagement photos at center ice at Nationwide Arena."

Formed in 2001 by a group of passionate fans, the Jacket Backers focus on being ambassadors for their hometown and their hometown team through charity events, game watch parties, social events and road trips for Jackets games in other cities.

"The most important thing the Jacket Backers do for the CBJ fan community is our fan outreach," said Julie Maurer, Jacket Backers President since 2006. "We help fans of all knowledge levels meet others who like to watch, discuss and enjoy hockey."

While not everyone who meets may end up getting married, long standing relationships drive members to participate throughout the Columbus community. Group members helped the Blue Jackets build a playground at Krumm Park.

The group has also adopted a section of an Ohio highway, sponsored Red Cross Blood Drives, and raised money for the Columbus Blue Jackets Foundation through their "Community Power Play" fundraiser at home games.

"This year alone, (through the Community Power Play) we have raised $964 for the Foundation," Maurer said. "We are hoping with our next game we'll cross that $1,000 threshold." 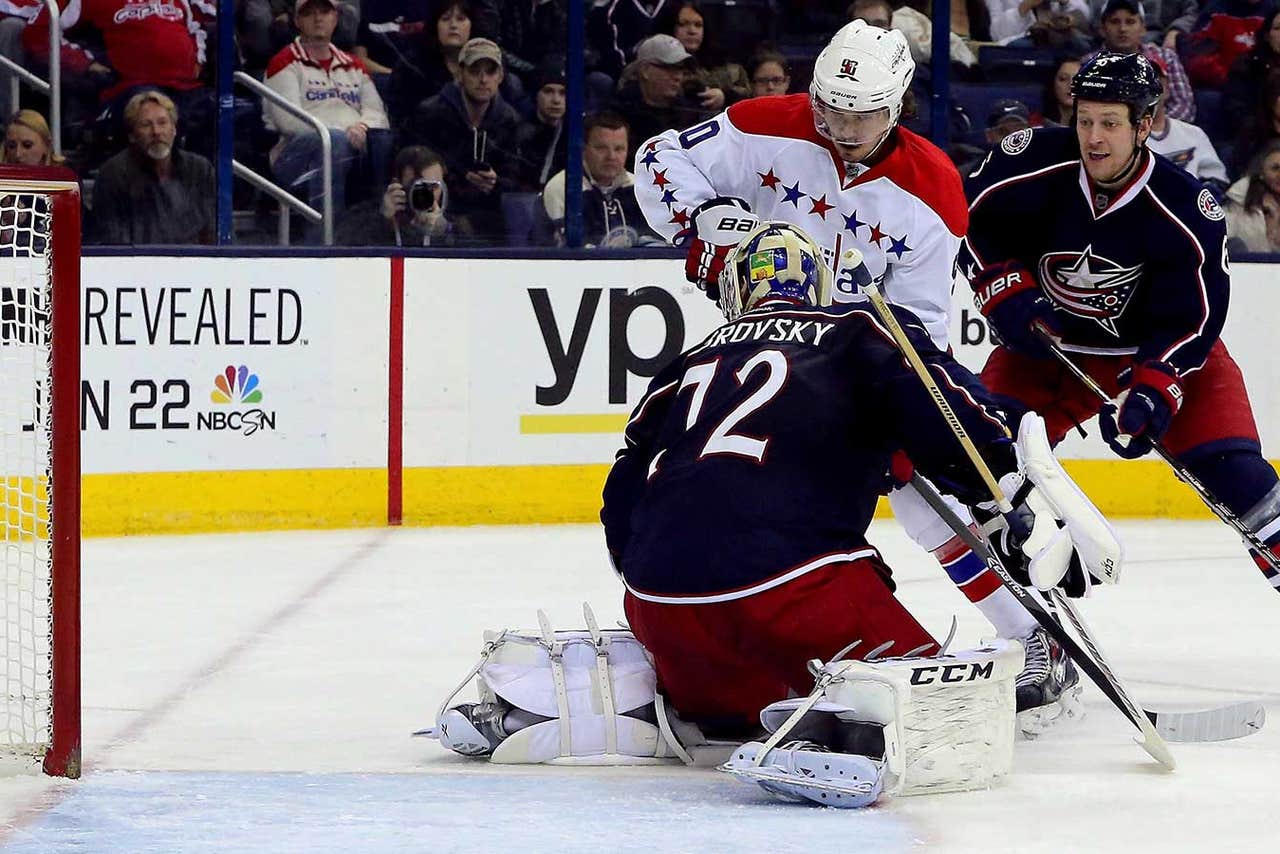 But it hasn't been all fun and games. As an expansion franchise in the NHL, the Blue Jackets have fought for legitimacy on and off the ice. Through the past 12 seasons, the Jackets earned 366 regular season wins in 950 games played. The fan base has suffered through two lockouts -- the first of which affected the young fan group as well.

"The lockout hit everyone hard, and our founding president and some other officers felt it was time for a change," Berry said. "Through the support of a lot of dedicated fans, we were able to get the Jacket Backers back up and running."

Just as the Jackets are starting to change perceptions of its on-ice reputation to a legitimate playoff contender, the Jacket Backers continue to focus on making sure all aspects of the hockey world take notice.

"I looked at my role as helping evangelize for the Blue Jackets," Berry said. "You see a lot less of the 'expansion franchise' mentality - the only knock on Columbus these days (from media) is being scared when the cannon goes off."

The perception is changing in other hockey cities as well. What the Jacket Backers may arguably be most known for is organizing road trips for fans to attend Jackets games around the world -- including a visit to Stockholm Sweden in 2010.

"Frequently, when we are on the road, we are the first Columbus fans or residents people have ever met," Maurer said. "We've convinced many fans from out of town to come see a game here in Columbus and enjoy all that our community has to offer."

The group has taken bus loads of fans to Ottawa, Buffalo, Pittsburgh, Nashville and are currently planning trips to Nashville and Tampa for the remainder of the current season.

"We organize tickets, travel, hotel, and our trips are open to everyone -- not just members," Maurer said. "Our first bus is already full for the Nashville game March 8."

The value the Jacket Backers bring is felt by the organization. They group has integrated with the team for philanthropic and promotional events.

"It wasn't (the Blue Jackets) that sparked the desire to start a fan club," said Blue Jackets Vice President of Marketing JD Kershaw. "They did it on their own -- they bring great passion for the organization."

The Blue Jackets see the impact of the Jacket Backers getting bigger and bigger in the community and for the team.

"It makes me feel wonderful watching a game in an opposing rink when I see Blue Jackets fans in the stands," Kershaw said. "When it is the Jacket Backers it's even that much better. They're quality people representing the team and the city in a positive way."

The guys who take to the ice agree.

"It's fantastic when we go on the road and we are getting support from our fan base," said Jackets defenseman James Wisniewski. "You score a goal and you hear them. It's fun to see our fan supporting us in other cities."

With the Jackets winning nine of their 13 games in January, and being actively in the playoff hunt, fans who stuck through the up and down years of the franchise are enjoying the team's success.

"We've been with this team since the beginning and are really excited to see them doing so well," Maurer said.

To join the Jacket Backers organization, or participate in one of their upcoming road trips visit www.jacketbackers.org.

The Blue Jackets return to the ice tonight against the Washington Capitals. For more information or to buy tickets for the 7 p.m. game, visit bluejackets.nhl.com.