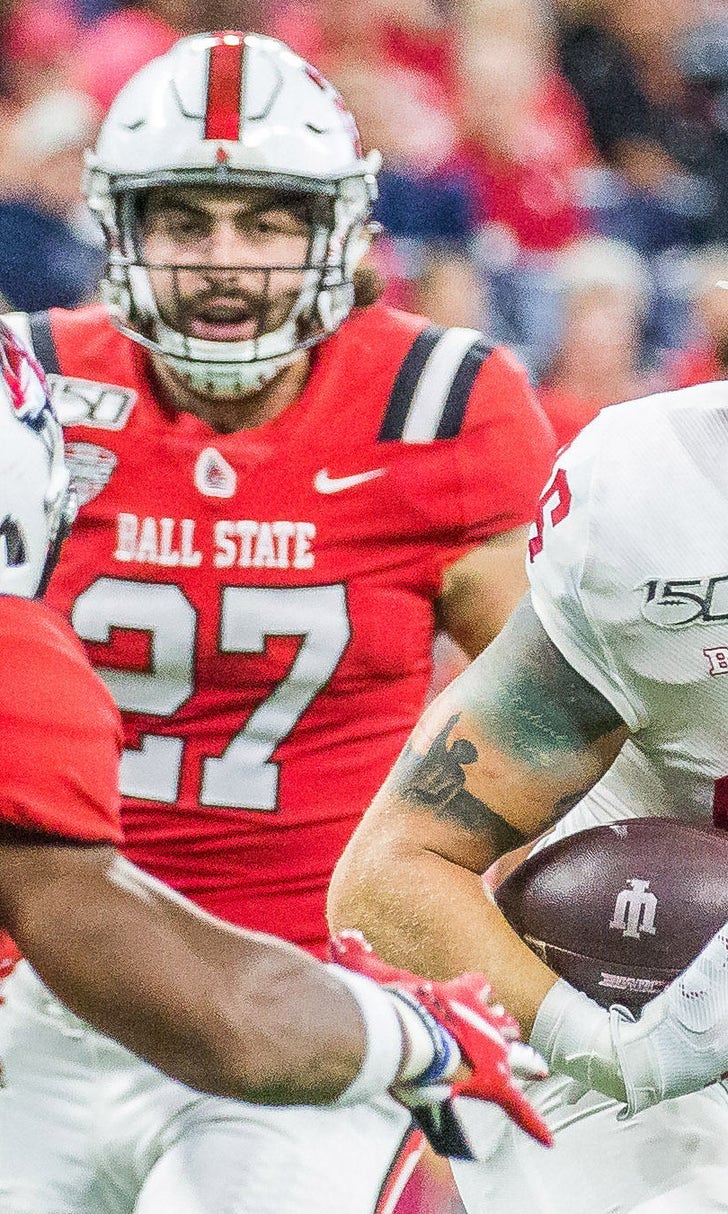 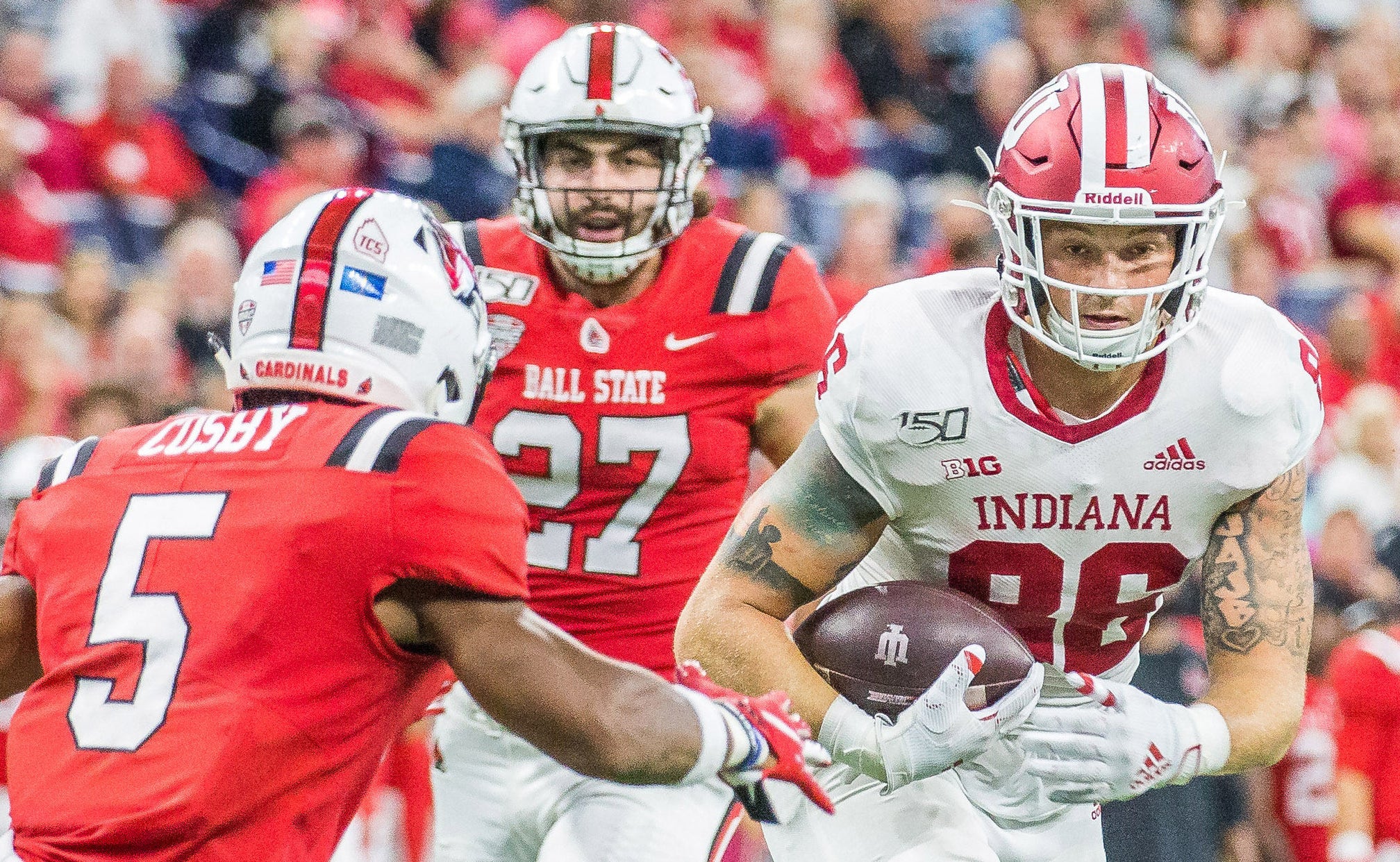 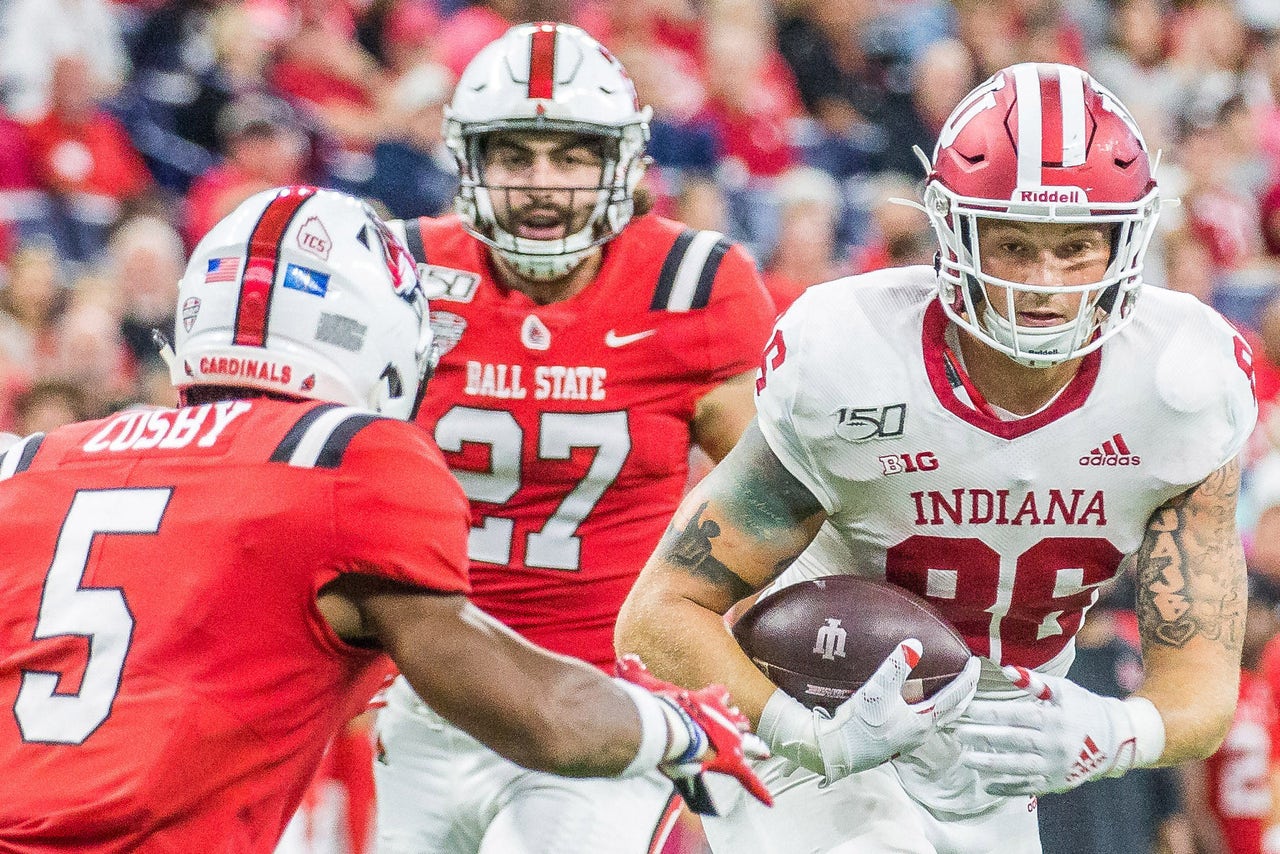 He started fast. He ran well. And he found a way to close out a 34-24 victory over Ball State.

Even Penix knows, though, there's plenty of room for improvement following an up-and-down starting debut.

"He missed some reads, but that didn't surprise me," Indiana coach Tom Allen said. "You're going to have some growing pains and they did a good job disguising things. But he was able to make something out of nothing sometimes."

It's one reason Allen named Penix the starter over Peyton Ramsey.

After going 8 of 11 with 144 yards, one touchdown and one interception in the first quarter, he finished 26 of 40 with 326 yards, one TD and two interceptions and seven carries for 67 yards. He became the fourth freshman in school history to throw for 300 yards in a game and produced the school's second-highest passing total in his first start — trailing only Antwaan Randle El (385) in 1998.

But this week's film sessions might be tough to grade.

At times, the redshirt freshman's fastballs bounced off the hands of receivers. At others, he made bad decisions or poor throws. A few drops didn't help, either.

But the bottom line: Penix was effective enough to win.

He set up Justus for a career-long 48-yard field goal on the Hoosiers' opening possession and broke a 3-3 tie with a perfect strike to Nick Westbrook for a 75-yard touchdown on the second possession.

"It just felt great," Penix said. "That was a great play, great protection, great catch by Nick but you've got to keep playing."

Penix was intercepted on each of the next two possessions, one of which Ball State (0-1) turned into a tying touchdown.

Two more field goals from Justus made it 16-10 at halftime.

Then Penix reverted to his early form, setting up Stevie Scott III for a 4-yard TD run to open the third quarter and a 2-yard TD run early in the fourth after Walter Fletcher cut the deficit to 23-17 by breaking a tackle on a 45-yard TD catch from Drew Plitt.

Justus sealed the victory with his third career-long field goal of the game, a 50-yarder with 2:15 to go.

"We're capable if we play our best football," Ball State coach Mike Neu said. "It was there for us to go out and get, but we didn't get it done.

Indiana: The Hoosiers (1-0) got what they needed — a win — but know they must clean up a lot of mistakes before welcoming facing No. 5 Ohio State to Bloomington in two weeks.

Ball State: Plitt played well and the Cardinals exceeded expectations after winning only 10 games in Neu's first three seasons. It was a promising start for this season.

Ball State: Receiver Riley Miller had his six-game streak with a touchdown catch end and the Cardinals have now lost six straight against Big Ten foes and three in a row to the in-state Hoosiers.

Indiana: Scott carried 19 times for 48 yards. Westbrook had three receptions for 103 yards, Whop Philyor caught six passes for 66 yards and Peyton Hendershot had four catches for 69 yards. The Hoosiers have won 14 of their last 16 season openers.

Ball State: Plitt was 26 of 41 with 298 yards, two TDs and one interception in his debut as Ball State's full-time starter. Caleb Huntley ran 22 times for 81 yards and one touchdown. Justin Hall had six catches for 39 yards. The Cardinals have lost five of their last six overall.

Indiana: Opens its home schedule next Saturday against Eastern Illinois.