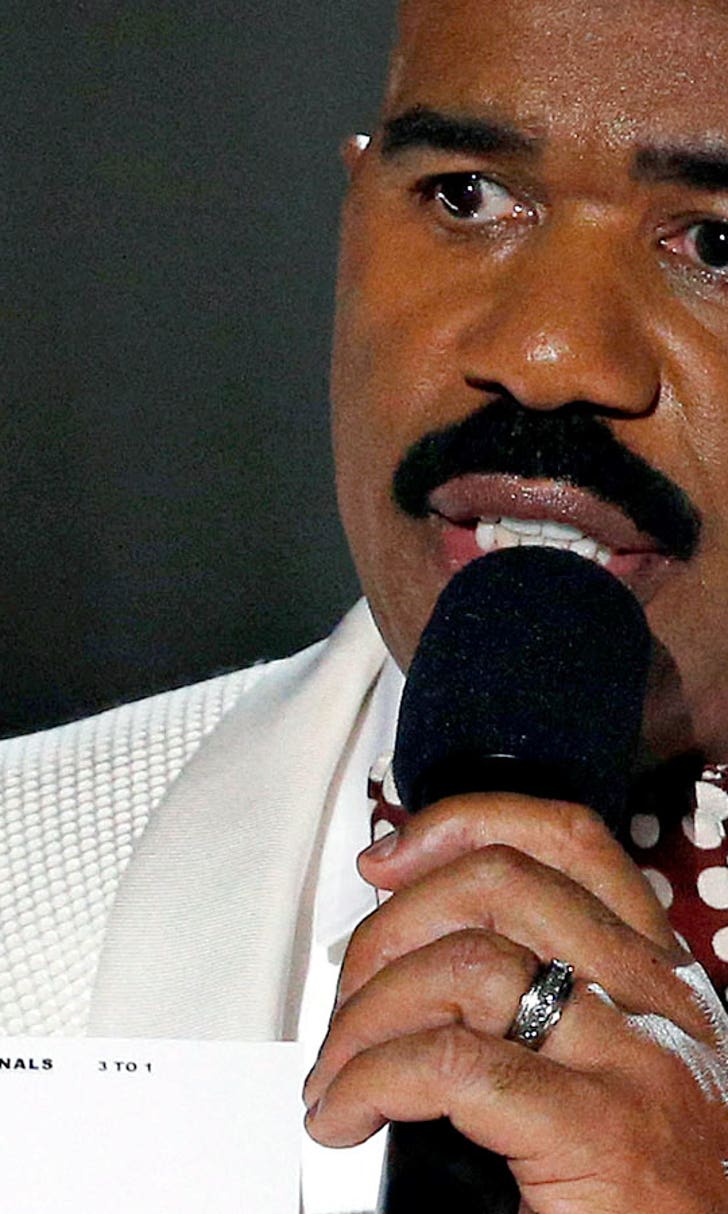 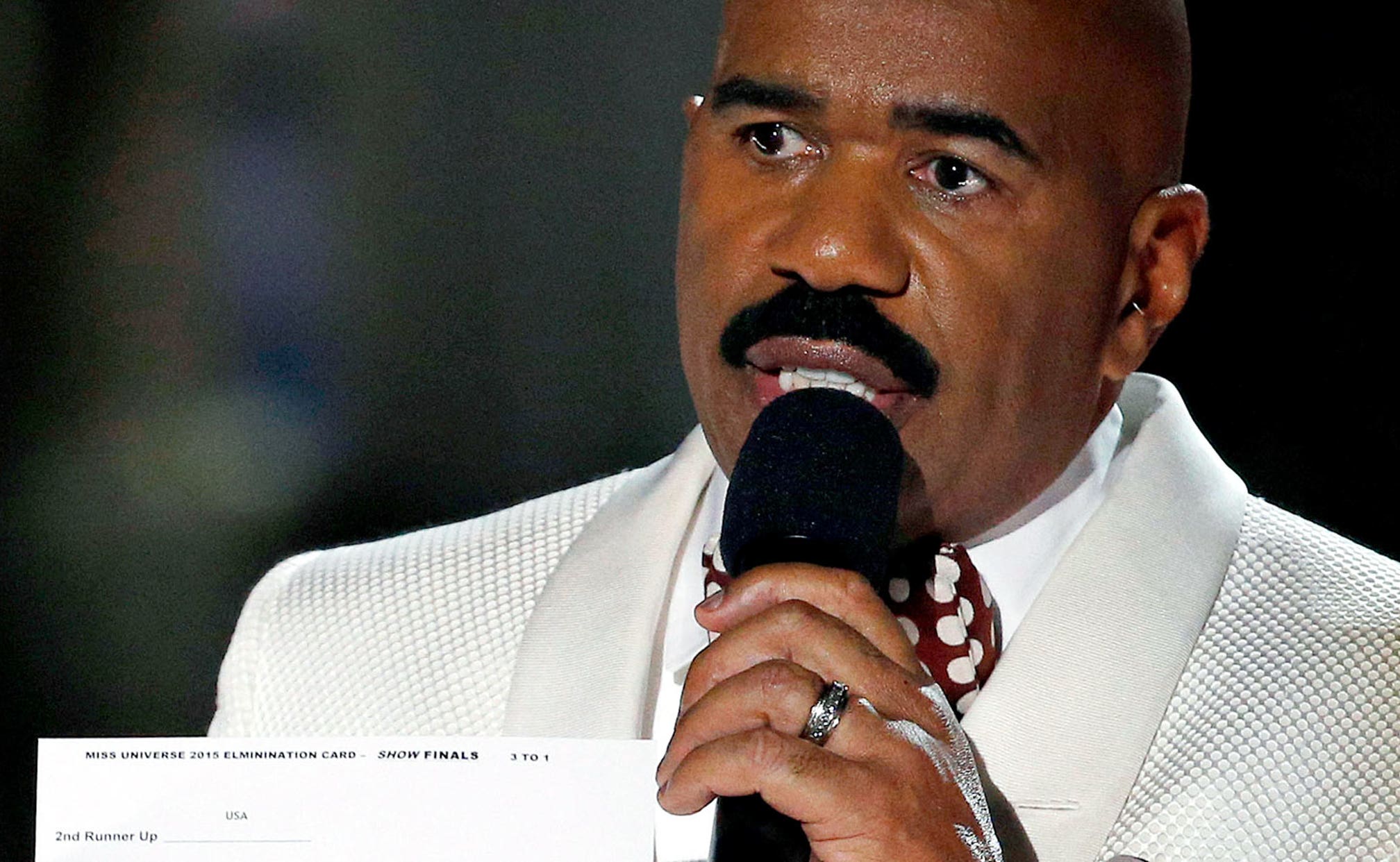 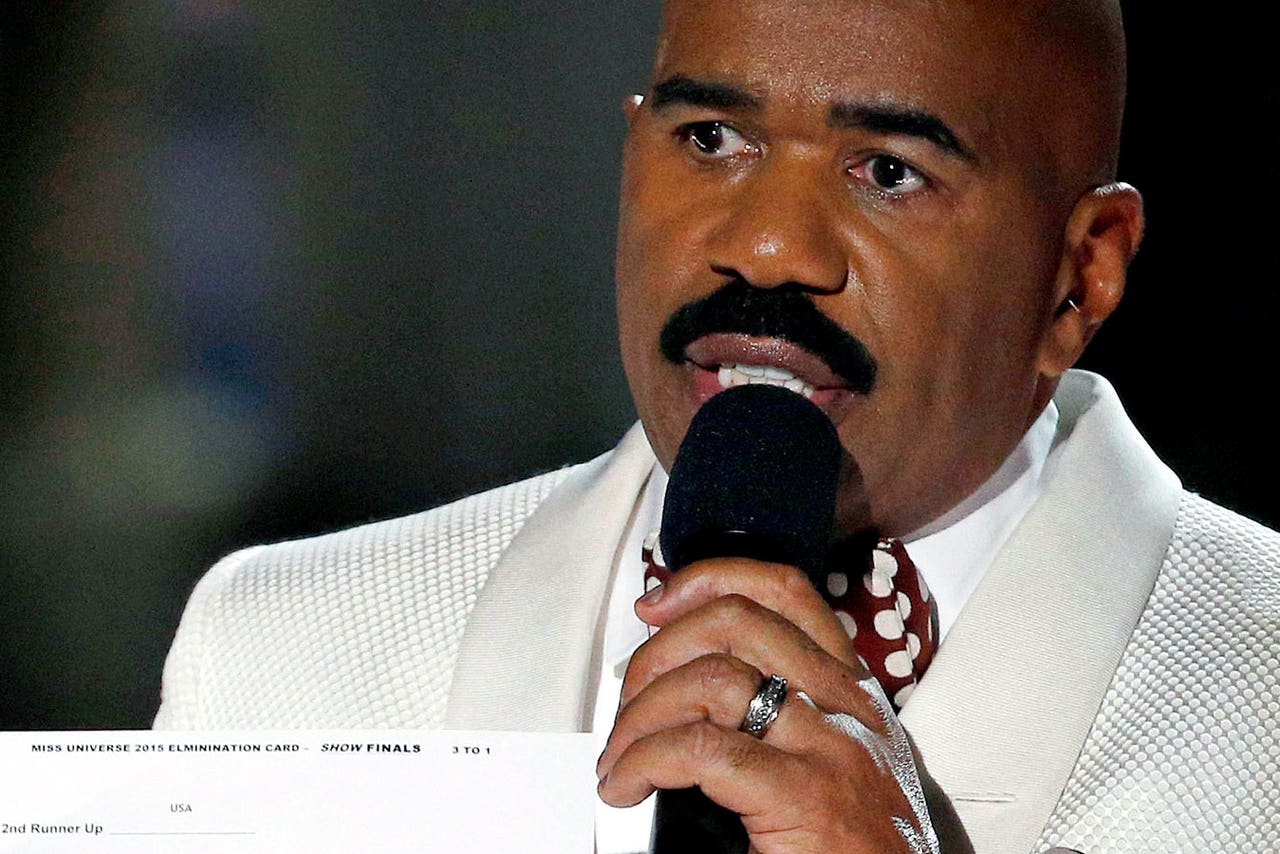 Just when you think you've seen it all, host Steve Harvey announced the wrong winner for Miss Universe on Sunday night.

Seconds after the mistake on live TV, Colombia contestant Ariadna Gutierrez Arevalo was already wearing the crown as this year's winner when Harvey returned to apologize.

Then they took crown right off Miss Colombia's head.

You have to watch this video:

A classic case of where a user blames himself for what is actually just bad design. #MissUniverse2015 pic.twitter.com/hRWmwvrqbs

And I'm mad as hell because I was watching the crappy "Homeland" finale while this was airing.

Harvey said it was his mistake and that he would take responsibility for not reading the card correctly that named Miss Philippines Pia Alonzo Wurtzbach this year's winner and Miss Colombia the first runner-up, The Associated Press reported.

A mystified Wurtzbach appeared stunned as she walked to the front of the stage alongside the crown-wearing Arevalo before last year's Miss Universe from Colombia removed the crown and placed it on Wurtzbach's head instead.

After the show was over, Harvey reportedly apologized in person to Wurtzbach.

Gutierrez seemed to take it pretty well. Actually, she showed a lot of class with her comments.

Who did this?!? You Tweeps are way too quick! #MissUniverse2015 pic.twitter.com/RoElYmWdKg

My entire household when Steve said "There's been a mistake.." #MissUniverse2015 pic.twitter.com/6HiB9Mgu7p

"@Hydie_J: You all know you wanted this reaction to happen... #MissUniverse2015 pic.twitter.com/m9UqSuygNr" omg kelan to hahahaha

#MissUniverse2015 Anyone else reminded of this scene from Zoolander after the wrong person was crowned? https://t.co/m9VOR9H6Vi

My entiiiire timeline is #MissUniverse2015 and now I see why. pic.twitter.com/jXxqgxk7fr

Steve Harvey while Miss Colombia was getting crowned #MissUniverse2015 pic.twitter.com/2G5Y4IMiND

LOOK: Statement of #MissUniverse2015 production on the error on announcement of winners | via @MissUniverse pic.twitter.com/52RUWYTG0P

— The Associated Press contributed to this report