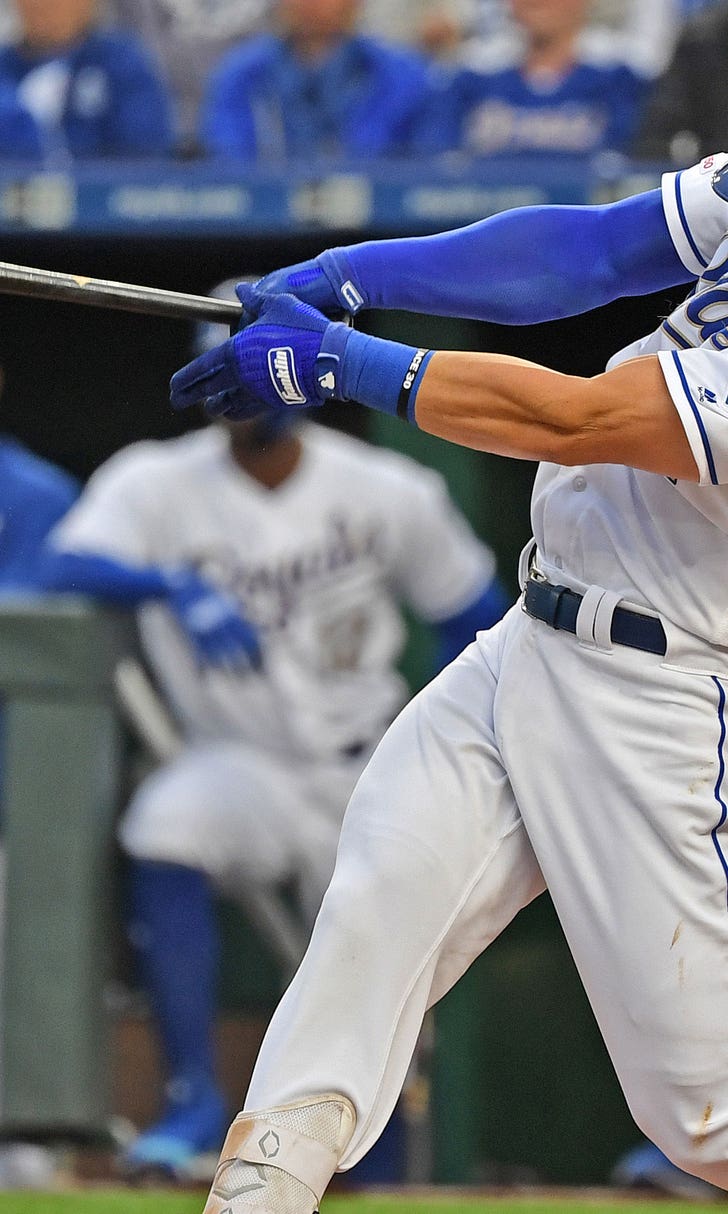 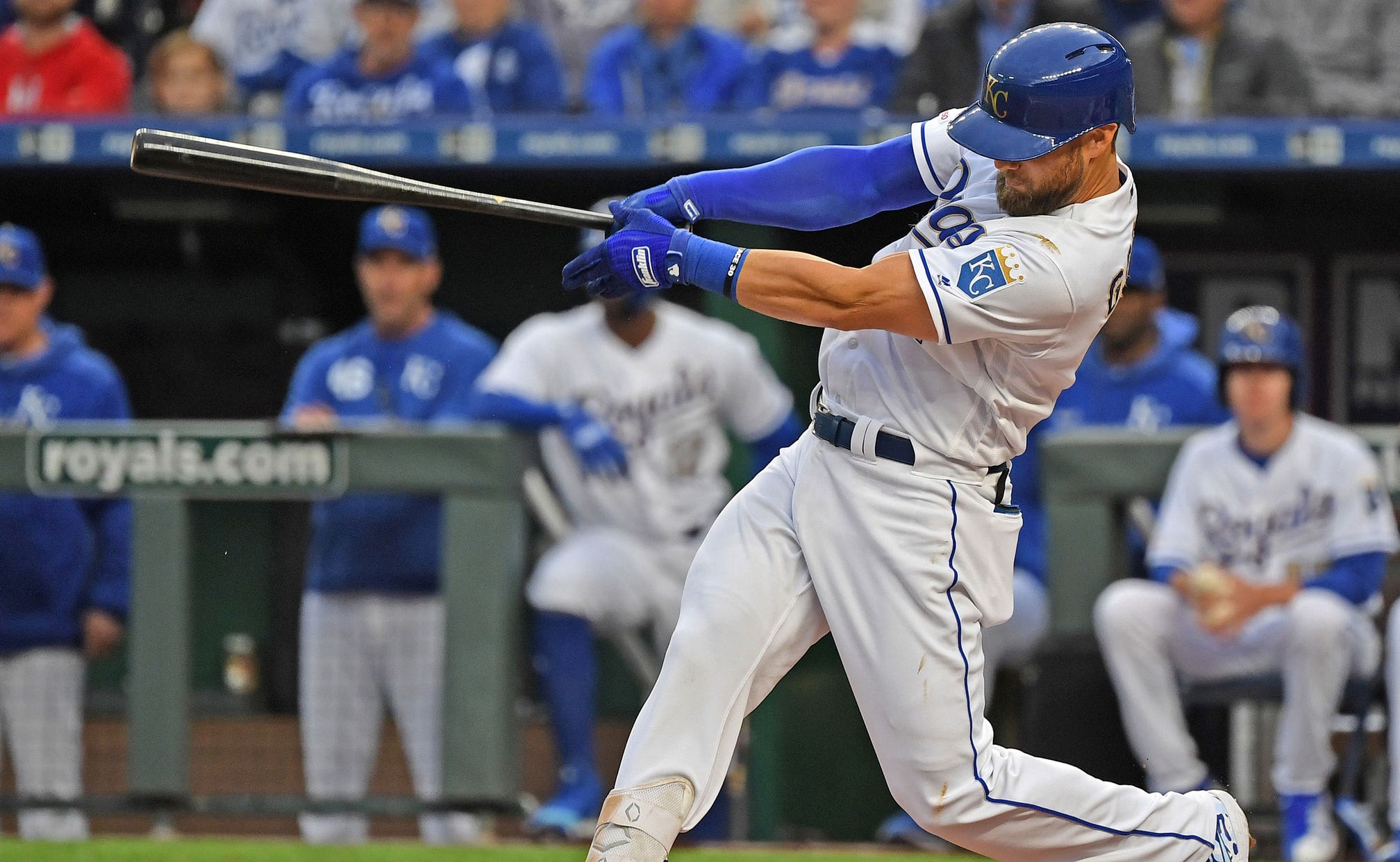 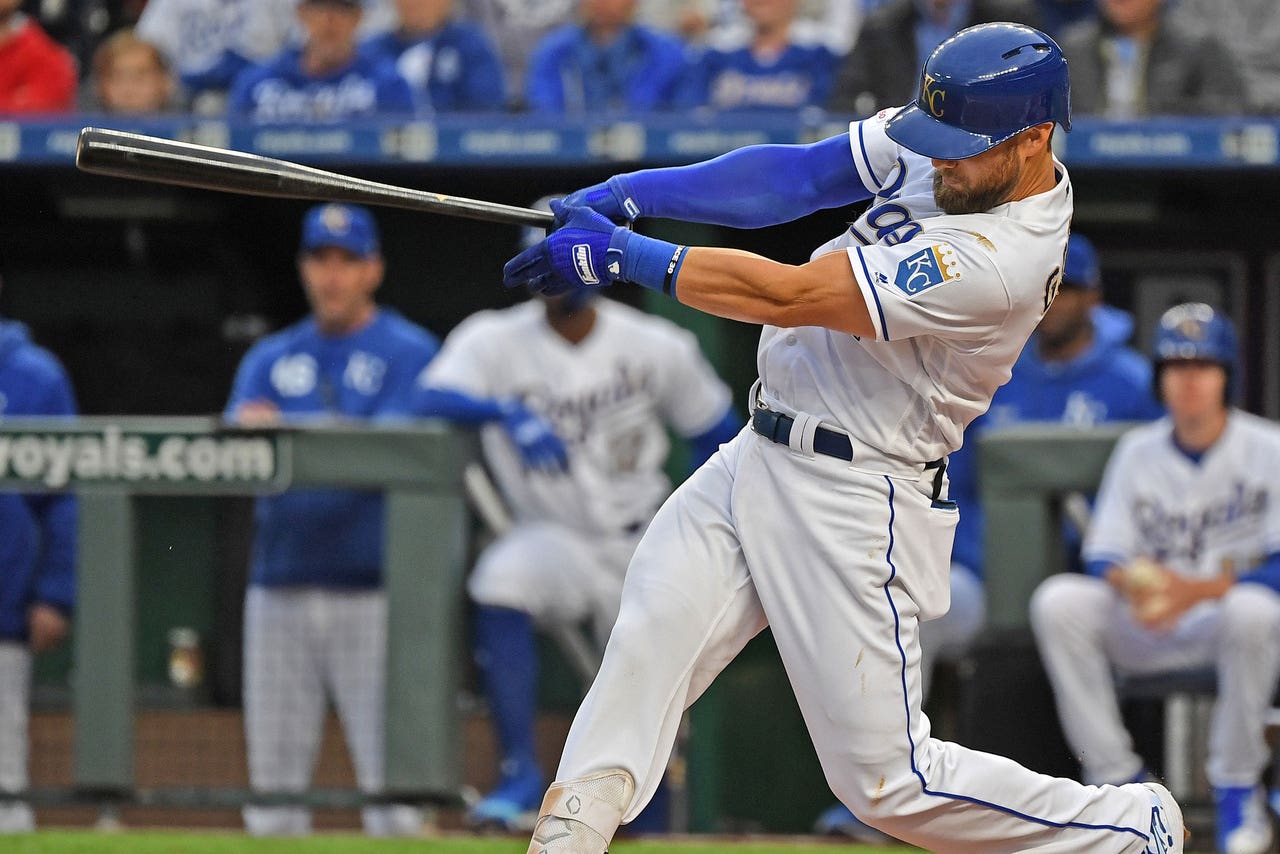 KANSAS CITY, Mo. — Ned Yost saw that Alex Gordon was dragging a little bit early in the week. So the Kansas City manager gave the outfielder a day off Wednesday. With the team not playing Thursday, Gordon had two full days to rest.

The move paid off in a big way as he homered twice to drive in three runs, and the Kansas City Royals beat the Philadelphia Phillies 5-1 Friday night.

"I definitely felt it. I felt fresh and felt good," Gordon said.

Gordo on picking up a career milestone, hit 1,500: "It's always special to be able to play this game a long time and be able to put up numbers like that. I'm just very humbled and very lucky." #AlwaysRoyal pic.twitter.com/nvqQbJJA1q

"It's cool. I'm lucky to play this game as long as I have and very humbled by 1,500 hits and I'm just happy that I'm still able to do it," Gordon said.

Homer Bailey (4-3) gave up one run and four hits in five-plus innings, and Scott Barlow struck out a career-high six in two innings of relief for the Royals. Jorge Soler added his team-leading 10th home run of the season.

Bailey left after giving up back-to-back singles to lead off the sixth. Barlow came in and pitched around a one-out walk to strike out the side and leave the bases loaded, then struck out all three batters he faced in the seventh inning.

"I thought it was an opportunity for us to do some damage. That's for sure," Phillies manager Gabe Kapler said. "Obviously you want to drive the ball in that situation, but it's round ball, round bat, and sometimes you do everything in your power and the other guy just beats you. I think that's what happened in that situation. Barlow pitched a good inning there."

After giving up 10 runs in 10 innings over his first two starts, Bailey has allowed just 12 runs in his last six outings with a 3.48 ERA over 31 innings.

"I don't think you could say enough good words about the job the bullpen did tonight," Bailey said.

Phillies starter Jake Arrieta (4-3) also went five-plus innings, giving up four runs and seven hits. He allowed three home runs in a start for the first time since May 29, 2015, against the Royals. Gordon also went deep in that game.

"Just too many mistakes up in the zone," Arrieta said. "The sinker has to be down; it has to be more down, to force him to put the ball on the ground. The one that he hit out in the fourth or fifth inning was too much elevated in a 2-0 count. And the first pitch of the at-bat to Soler was just up. Those need to be down. Three mistakes got hit over the fence. Just need to be better."

Bryce Harper walked three times and scored Philadelphia's only run of the game, coming home on Odubel Herrera's RBI grounder in the fourth.

BATTLE OF THE BEST

J.T. Realmuto has thrown out 11 baserunners and has a 50% caught stealing rate, both tops in the MLB. Kansas City leads the majors with 37 stolen bases this season with a 72.5% success rate. On Friday, Realmuto caught two of four runners stealing, keeping his 50% mark on the season. Adalberto Mondesi swiped two bags, his 11th and 12th of the season, and is now tied with the Chicago White Sox's Tim Anderson for the major league lead.

Royals: RHP Brad Keller (2-3, 3.99 ERA) will make his first career start against the Phillies on Saturday. Keller pitched 5 1/3 innings Sunday, allowing two runs on six hits and taking a no-decision in a 5-2 loss to Detroit.