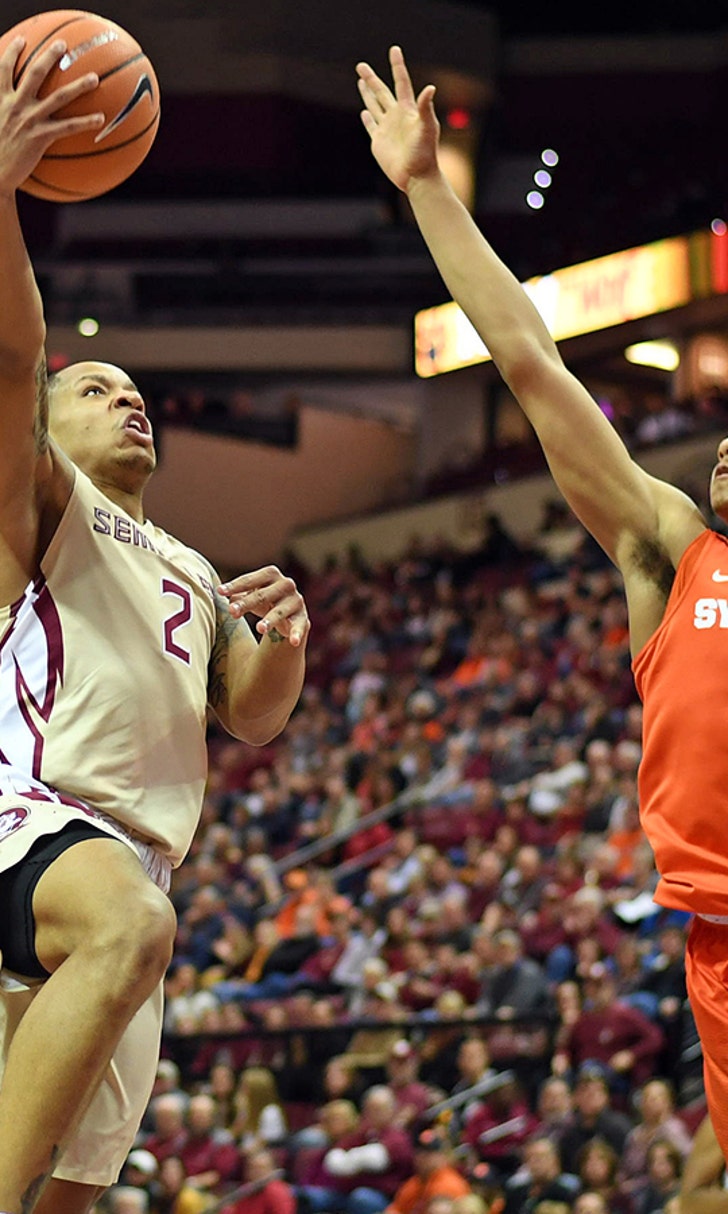 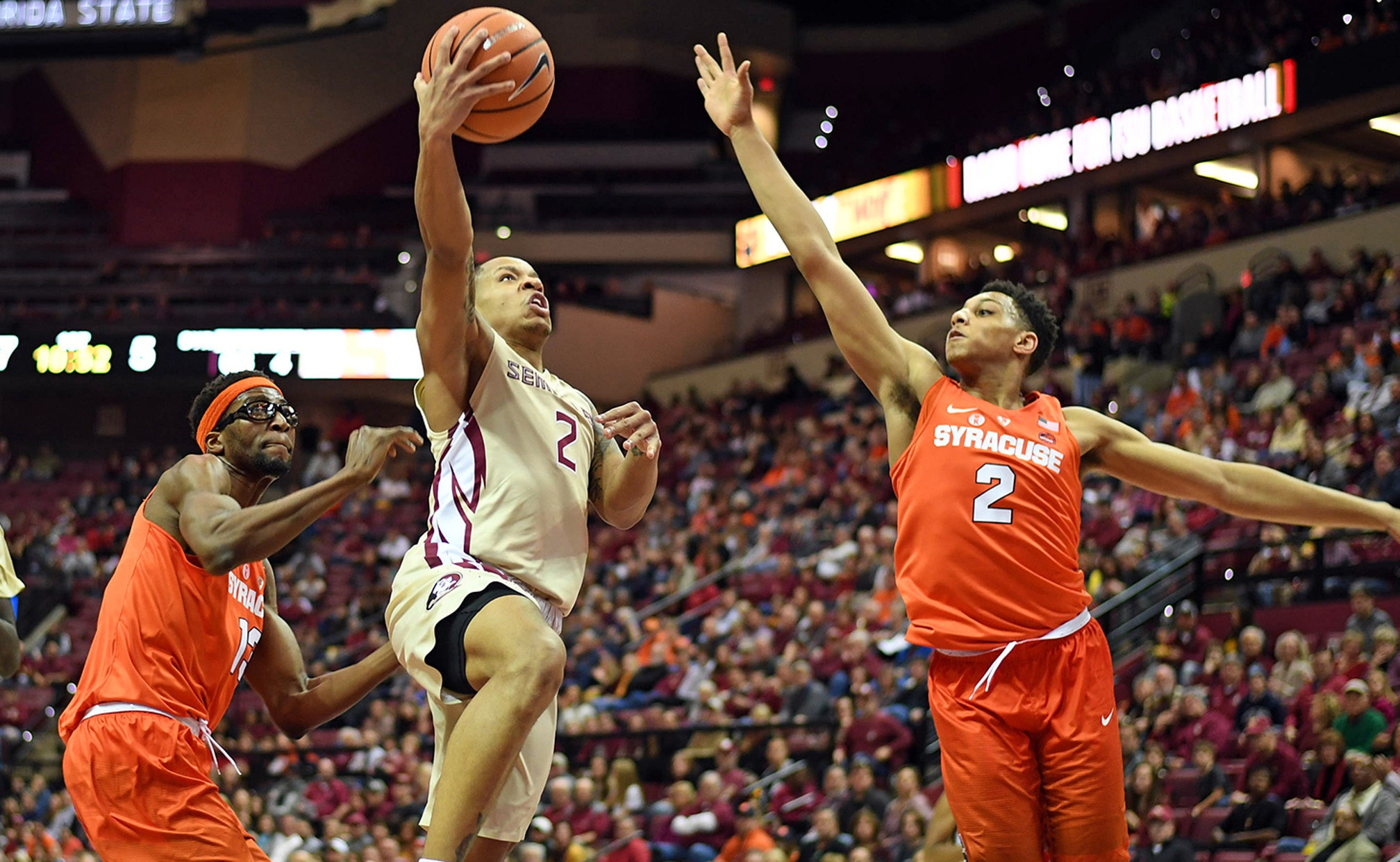 FSU dominates 2nd overtime, snaps out of funk with win over Syracuse 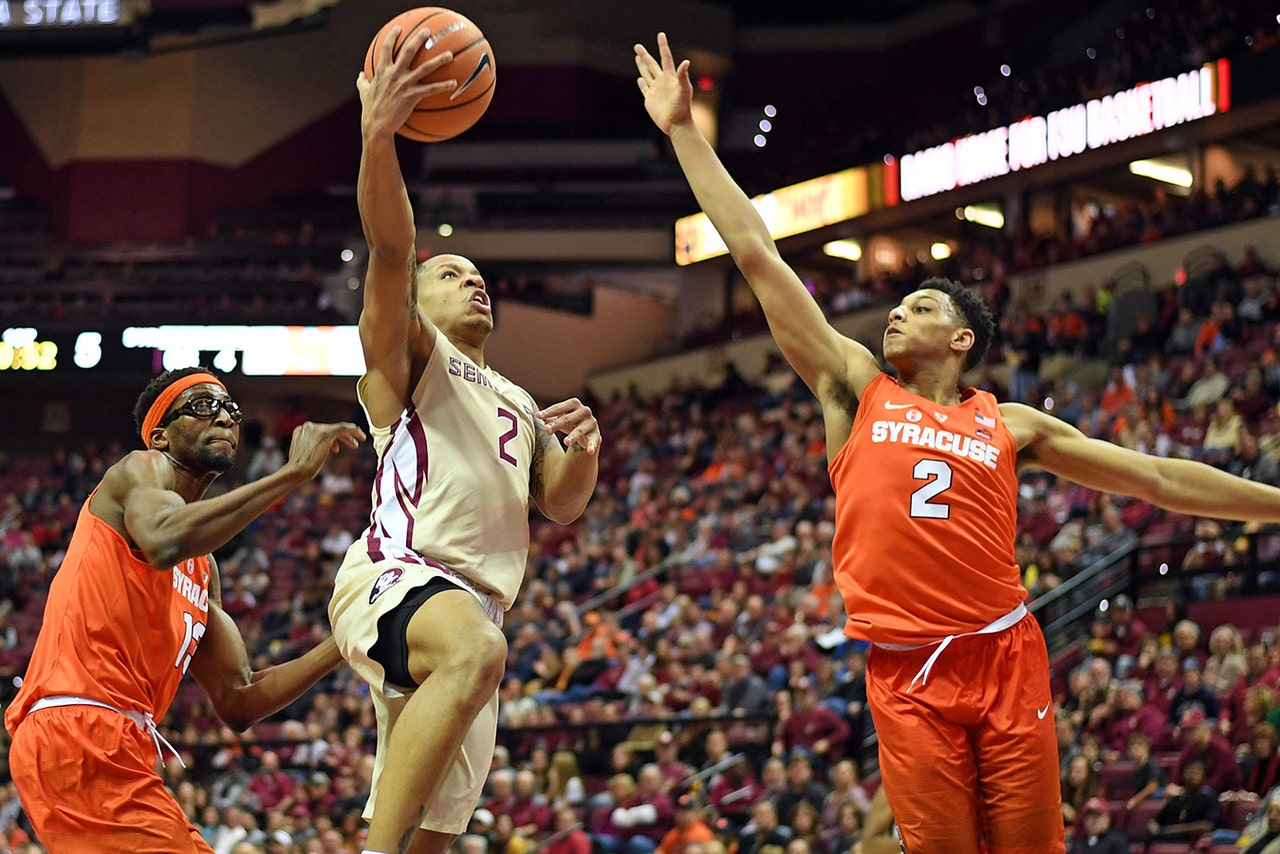 TALLAHASSEE, Fla. (AP) -- Florida State squandered a double-digit halftime lead for the second straight game, but this time it was able to overcome that despite needing overtime.

The 23rd-ranked Seminoles scored the first six points in the second overtime to propel them to a 101-90 victory over Syracuse on Saturday.

"This is a very big win for us. Going 2-3 (in the Atlantic Coast Conference) is better than 1-4," said Briain Angola, who had 24 points, including five in the second overtime. "We let Louisville slip out of our hands. Today we executed what we had to do."

Tied at 82 at the end of the first overtime, the Seminoles scored the first six points of the second extra session to take control. Two free throws by Tyus Battle cut FSU's lead to 88-84 but it scored nine of the next 11 points to put it out of reach.

Christ Koumadje had a career-high 23 points and Phil Cofer added 16 for Florida State (13-4, 2-3 Atlantic Coast Conference), which played without leading scorer and rebounder Terance Mann, who missed the game due to a concussion.

"We had a little more depth, we had some guys step up and make some plays. We were fortunate to come away with a victory. ... We just kind of hung on a little longer," coach Leonard Hamilton said.

Florida State had a 10-point lead at halftime but found itself down 48-41 with 10:11 left as Syracuse took advantage of turnovers and cold shooting from the perimeter. In a 73-69 loss to Louisville on Wednesday, the Seminoles led by 13 at halftime but were also victimized by poor shooting and turnovers.

This time though FSU was able to chip away. They were 5 of 24 from 3-point range at one point, making five of their last six in regulation.

FSU had a 74-71 lead after CJ Walker made one of two free throws but Battle tied it with a 3-pointer with 6.4 seconds left. The Seminoles had a chance to win it in regulation but Mfiondu Kabengele missed a driving layup.

"They were a lot more aggressive than we were in that period (when Syracuse made a 19-3 run)," Hamilton said. "Then PJ (Savoy) made a couple 3s, Braian made a couple baskets and we got some momentum going. Sometimes you need games like this to reach down deep and overcome some challenges."

Syracuse scored the first four points in the first overtime but was unable to hold on. Trent Forrest tied it at 82 with a jumper with 24 seconds remaining and Syracuse's Oshae Brissett missed a 3-pointer.

Battle, who had five points at halftime, led the Orange (12-6, 1-4) with 37 points and Brissett added 14. Battle is the first player to score 30 or more points in an overtime game for the Orange since Rakeem Christmas had 35 against Wake Forest on Jan. 3, 2015.

"We put some motion in which helped open things up for us in the lane," Battle said. "We need to start grinding out some wins."

Syracuse: The Oranges have dropped four straight conference games for the second time since joining the ACC in 2013. Despite being 1-4 in the ACC, coach Jim Boeheim is not alarmed over the slow start.

"We had a tough start including three on the road but we've played close games," he said. "I think we can play better on offense. We've got an extremely young team. Everyone knew that coming in."

Florida State: The Seminoles are likely to be short-handed going into Monday's game at Boston College. Besides Mann being in concussion protocol and being doubtful, Savoy could miss some extended time after going down with a right knee injury with 2:04 remaining in regulation. Savoy had 11 points and helped lead the Seminoles back with a pair of 3-pointers in the second half.

The win might be able to keep Florida State in the rankings for the sixth straight week despite Wednesday's loss to Louisville.

Trent Forrest got his first career start in place of the injured Mann. The 6-foot-5 sophomore scored seven points and had a career high 11 rebounds

"He was focused and his defensive effort was tremendous," Hamilton said.

The Orange are 1-2 in overtime this season.