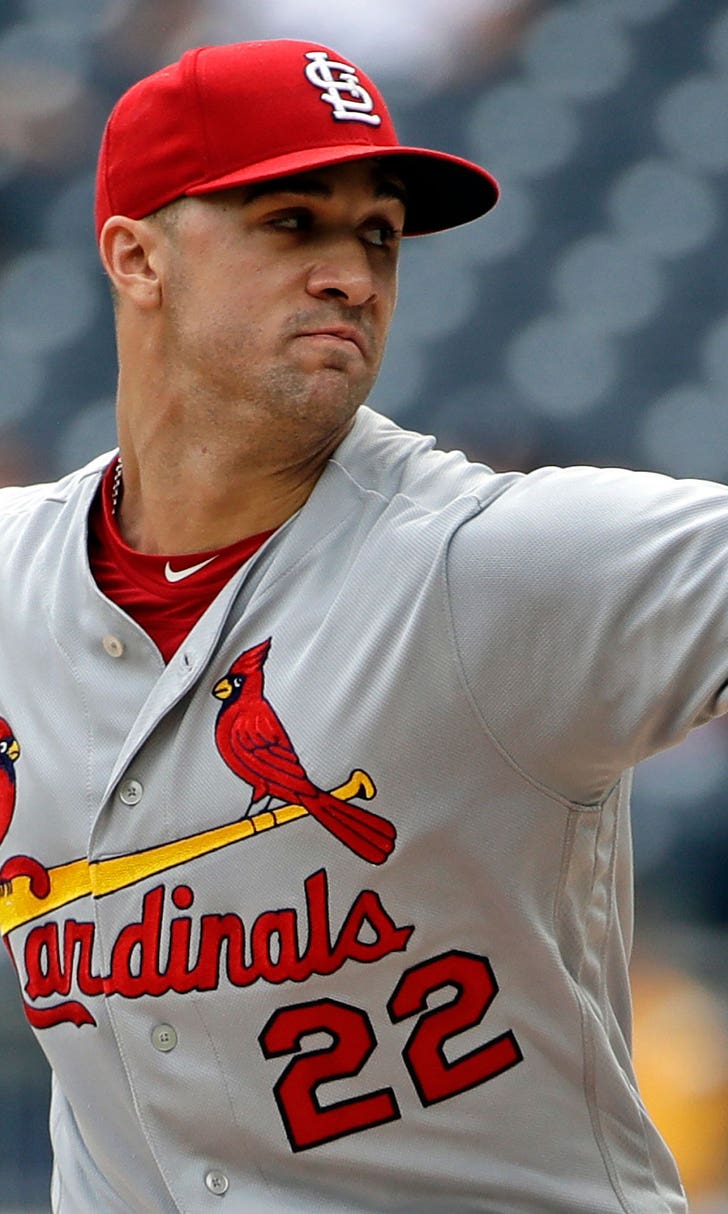 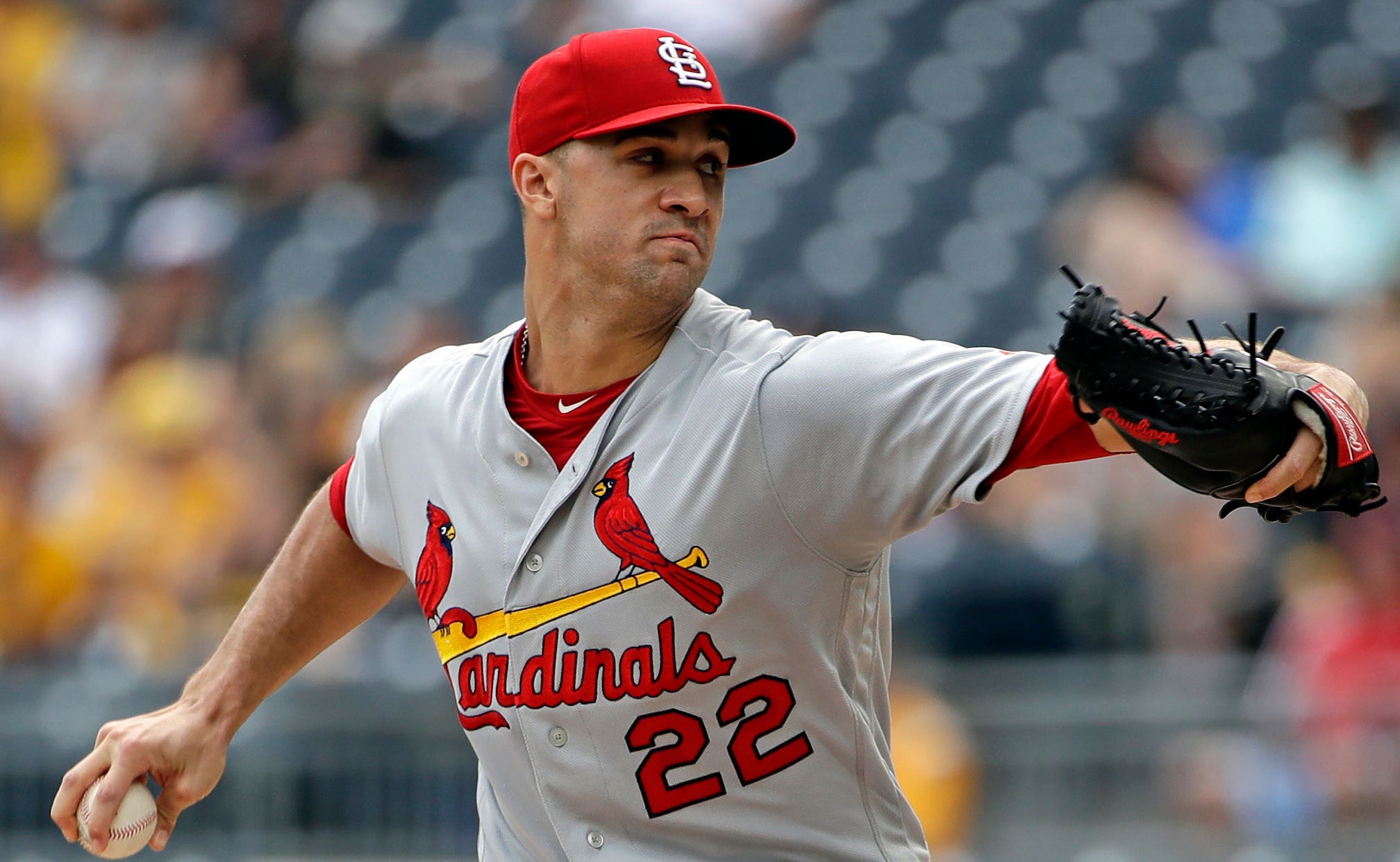 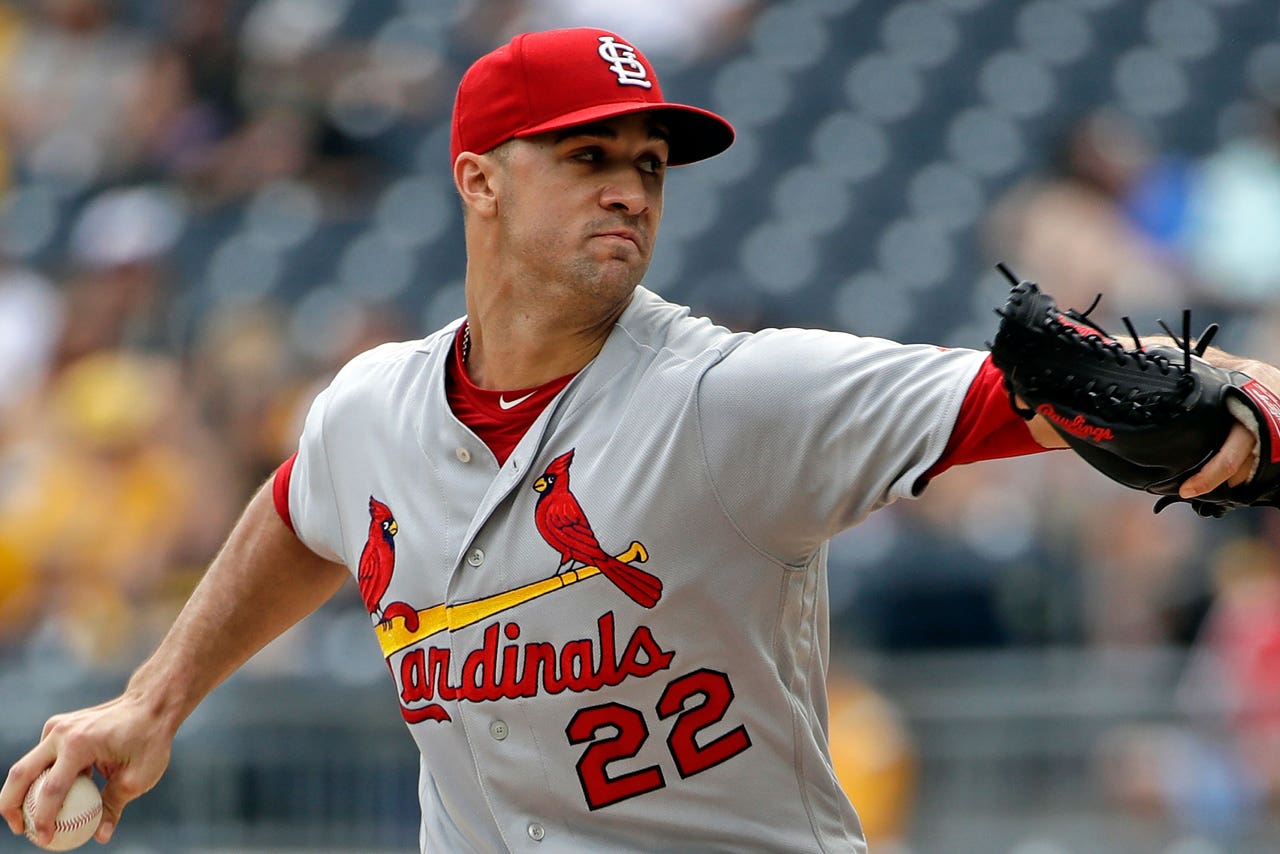 PITTSBURGH  — Jack Flaherty always had the tools. Figuring out how to put them together has been the challenge for the 23-year-old pitcher since the former first-round pick arrived in St. Louis two years ago.

While Flaherty is sketchy on specifics about what exactly he changed heading into the All-Star break, one thing is for certain: the roadblocks — mental, physical and otherwise — are all gone. Flaherty is rolling, and so are the Cardinals.

Flaherty overwhelmed the Pittsburgh Pirates in a 2-0 victory on Sunday, striking out 10 against five hits and a walk over eight electric innings to keep up a dazzling run that has turned him into the de facto ace for the NL Central leaders. Flaherty (10-7) won for the sixth time in eight starts while dropping his post-All-Star break ERA to 0.76 as St. Louis pushed its lead in the division to 4 1/2 games over second-place Chicago with three weeks to go in the regular season.

"He's in control of the conviction of what he's doing," Cardinals manager Mike Shildt said. "Just a lot of big-league pitches consistently. Fastball where he wants it to with good life on it, and a really good slider as well. That's what pitching looks like. Phenomenal job."

Flaherty's surge began with seven innings of two-hit ball against San Francisco on July 7. The Cardinals lost 1-0 that day, but the switch flipped. Flaherty has been lights out while fueling St. Louis' sprint to first and has allowed just three earned runs 56 innings across eight starts since Aug. 1.

Jack Flaherty: "We're playing together, playing as a team and not letting any moment get too big." #TimeToFly pic.twitter.com/kAgj7iV0nB

"(I've made) small adjustments, not really to my mechanics, but mentally to how I was going about things," Flaherty said. "So little things here and there. Just tried to kind of carry it from one start to the next."

Carlos Martinez worked a perfect ninth for his 19th save to finish off a season series dominated by the Cardinals. St. Louis won 14 of its 19 meetings with Pittsburgh, including 10 of 12 in the second half, one of the main reasons the Cardinals are heading to October while the Pirates are planning for next season.

"Guys are healthy," Flaherty said. "We're playing together. Playing as a team. Not letting any moment get too big."

Paul Goldschmidt had an RBI double, and Harrison Bader added a run-scoring single off Pittsburgh rookie James Marvel (0-1). Matt Carpenter went 2 for 3 while starting at third base and is hitting .400 (6 for 15) in September as the veteran tries to shake out of a season-long slump.

"Like everybody else, he understands it's about the team," Shildt said of Carpenter. "He's got his head in the right spot to help us win baseball games."

Flaherty's effectiveness ended Pittsburgh manager Clint Hurdle and second baseman Adam Frazier's respective days a little bit early. Both were ejected by home-plate umpire Roberto Ortiz in the seventh for arguing balls and strikes after Ortiz ruled a pair of borderline pitches in favor of Flaherty.

"He's taken it to another level," Hurdle said of Flaherty. " He was as advertised from what we watched coming in here. It's been going on for two months."

Marvel, the 1,087th player chosen in the 2015 draft, was solid in his first major-league start after piling up 16 victories across Double-A and Triple-A this season. With more than 40 people in the stands who roared every time he stepped out of the dugout onto the field at PNC Park, Marvel gave up two runs and four hits in five-plus innings with two walks and two strikeouts.

"I can't really hear things when I'm pitching," Marvel said. "I tend to zone out and focus on what I'm doing and the glove. But I'd be lying if I said that today there weren't a few instances where I heard them."

There was plenty to cheer about. Marvel, who won 16 games combined during stops at Double-A and Triple-A this summer, didn't allow a hit until Marcell Ozuna's two-out single in the fourth. Bader's flare to center in the fifth scored Carpenter to put the Cardinals in front and Goldschmidt hit an opposite-field double following a lead-off walk to Kolten Wong in the sixth. Otherwise, Marvel was efficient and rarely rattled.

Marvel will get a chance at a second, third and fourth.

Cardinals: C Matt Wieters was unavailable on Sunday. Manager Mike Shildt declined to provide specifics. Wieters is expected to be available on Tuesday in Colorado.

Pirates: CF Starling Marte sprained his left wrist while making a catch in the ninth inning. The team pinch-hit for Marte in the ninth. ... OF Jason Martin was moved to the 60-day injured list with a dislocated left shoulder. ... RHP Yefry Ramirez (right calf strain) was activated off the 10-day IL.

Cardinals: Start a three-game set in Colorado on Tuesday with Michael Wacha (6-6, 4.98 ERA) on the hill.