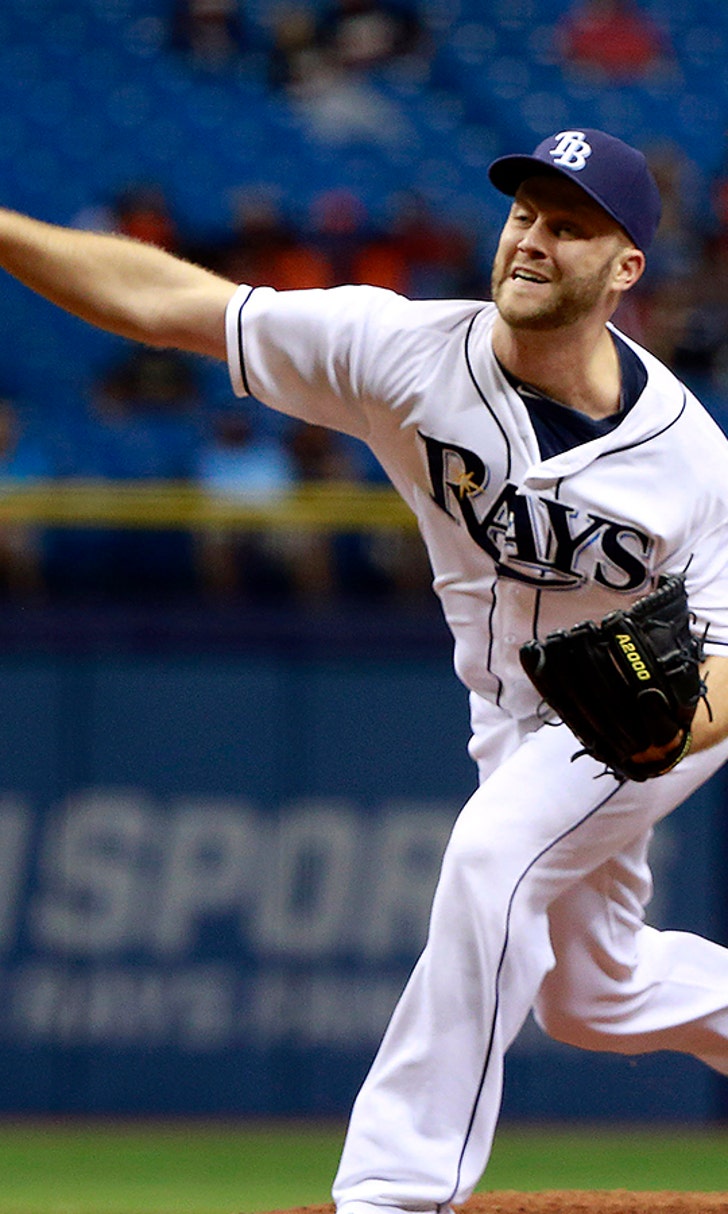 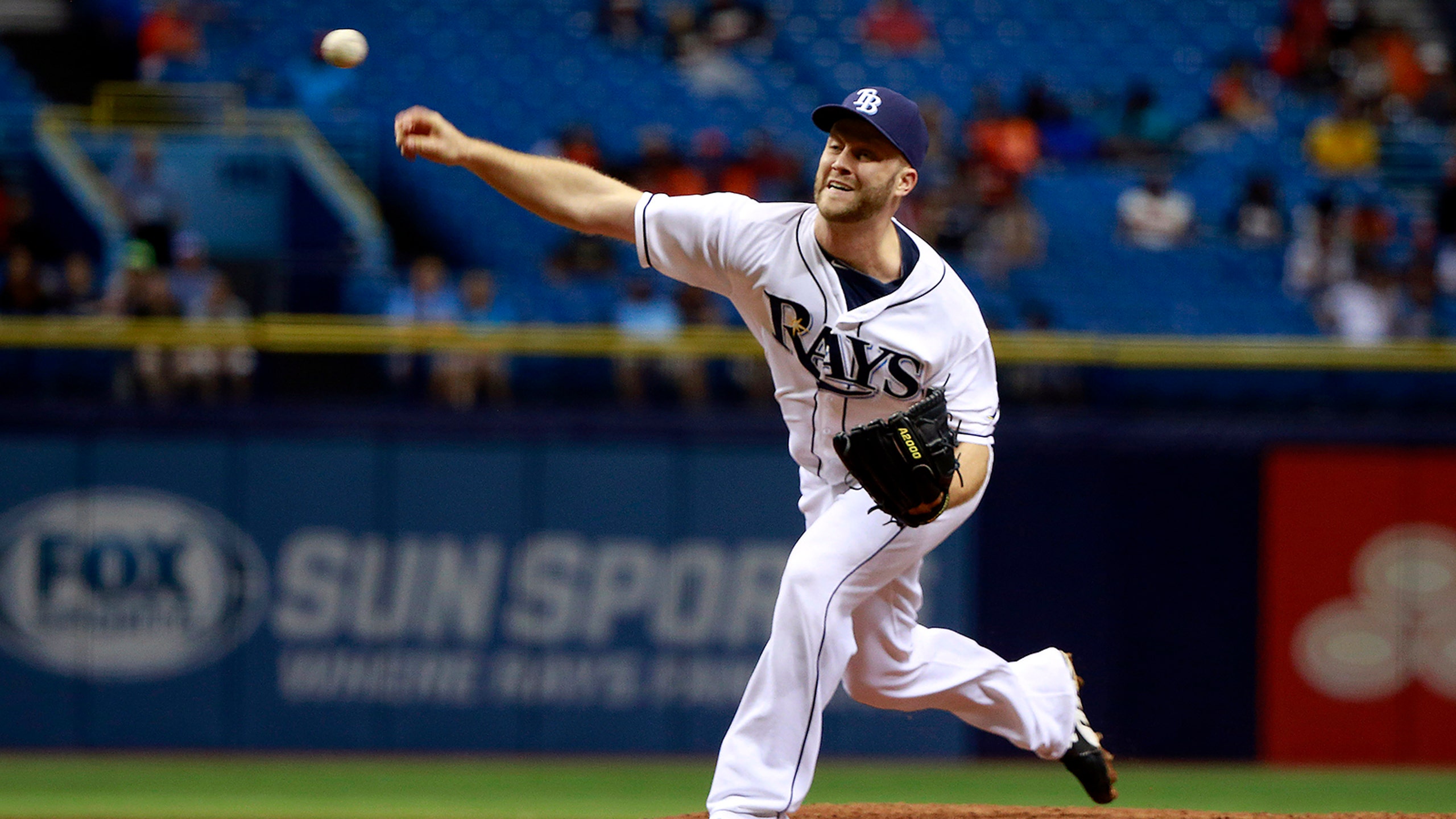 The Rays closer is progressing through his rehab following surgery in mid-March. The surgery was needed to address a tear in the adductor brevis, a muscle located in the groin region. This could be a tad confusing, as the surgery was reportedly needed for an abdominal problem. However, like I explained when the injury initially occurred, the adductor muscle group aids the true abdominal muscles in stabilizing the trunk.

An injury to the area is often referred to as a sports hernia, a misleading term that has become a catchall for any injury to the abdominal and groin area. To add to the problem, the term suggests a protrusion of the muscle, though not all sports hernias include an actual hernia.

To help reduce confusion, renowned orthopedic surgeon Dr. William Meyers, a specialist in the field, utilizes the term core muscle injury instead of sports hernia. Dr. Meyers was the surgeon who performed Boxberger's operation and has previously worked on other notable MLB players including Miguel Cabrera, Robinson Cano and Troy Tulowitzki.

The surgery has a high success rate with multiple players returning to their previous levels of play relatively quickly. The associated recovery time varies depending on the involved muscle, but Boxberger was expected to miss eight weeks.

Eight weeks has come and gone, though the reliever did make his first official rehab appearance over the weekend. He threw a scoreless inning for High-A Charlotte and will likely make an additional appearance there before moving to Triple-A Durham. As a result it looks as though Alex Colome will remain the Rays closer at least through the end of the month. Colome is 9-for-9 in save opportunities and has pitched well enough to make Tampa consider leaving him in the closing role.

The Rays offense is also managing other injuries, as Forsythe hit the disabled list with a hairline fracture in his scapula (shoulder blade). The injury occurred on May 9 when the second baseman was struck in the area by a pitch from Seattle's Felix Hernandez. Initial X-rays failed to reveal the injury but imaging performed over the weekend revealed the tiny crack.

Discovering a fracture following a negative initial X-ray isn't drastically uncommon, especially if the involved bone is small or the break itself is tiny. Forsythe's injury appears to be the latter and was discovered after a CT scan was performed. Traditional X-rays provide a two dimensional image of the involved area in an isolated plane. They are quick and easy to take and read, but have their obvious limitations. CT scans utilize multiple X-ray images taken from around a center axis of rotation to create a 3D image. While CT scans often provide more insight, they take longer to perform and analyze, and can be more invasive if a contrast agent has to be injected.

Fortunately for Forsythe the break was found and he can begin the appropriate rehab measures. Time will be his best treatment plan and he hopes to return by mid-June. Bone heals well and he should be fine upon his activation from the DL. Infielder Steve Pearce will see more action at second for Tampa paving the way for Logan Morrison to see more reps as well.

The 28-year-old outfielder was finally placed on the 15-day DL after missing seven consecutive games with inflammation in his right wrist. While testing failed to uncover any significant structural damage to the area, the inflammation, along with concurrent pain and weakness, persisted long enough to merit an extended break. While the exact culprit behind the recurring symptoms remains undisclosed, Peralta has been hit in the area twice since April and also injured the wrist near the conclusion of last season. Peralta is optimistic he will return on May 23, though the team admitted they plan on treating the injury conservatively. Expect him back by early June and prepare for an initial dip in productivity upon his return. Veteran Michael Bourn was called up in Peralta's place.

Michael Brantley: The Indians outfielder has struggled following offseason surgery to repair a torn labrum in his shoulder and will now head to the DL for the second time this season after reporting soreness in the area. A follow up evaluation didn't uncover any new damage to the area, but the team opted to once again shut him down for extended rest. Brantley is set to meet with his surgeon in the coming days. Given the multiple bumps in the road to recovery, fantasy owners should anticipate this trip to last considerably longer than the allotted 15 days.

Shin-Soo Choo: Texas could have a crowded outfield soon as Choo has begun his rehab assignment roughly a month after suffering a right calf strain. Choo hit a homerun in his first game with Triple-A Round Rock on Sunday and will continue his assignment over the next few days. The Rangers will have an interesting decision to make when he does return to the big league level. The team is currently using Ian Desmond in center field after sending Delino DeShields Jr. down to Triple-A. Top prospect Nomar Mazara has been great in right field, and Ryan Rua has played well and hit well while patrolling left field. Rua seems like the odd man out but could remain with the team in a utility role.

Mike Moustakas: The Kansas City third baseman appears to be right on schedule in his recovery from a fractured thumb. He was able to grip a bat and play catch late last week and should progress to live batting practice in the near future. It's been a little over a week since the injury occurred. Moustakas was initially ruled out two to three weeks and is on track to meet or beat that estimate.

Wil Myers: Myers was a late scratch Sunday after experiencing tightness in his forearm. The injury came one day after Myers made an early departure from Saturday's 12-inning marathon win with a left calf cramp. Fortunately, neither injury appears serious, and the Padres hope a scheduled day off on Monday will provide Myers enough respite to return to the lineup.