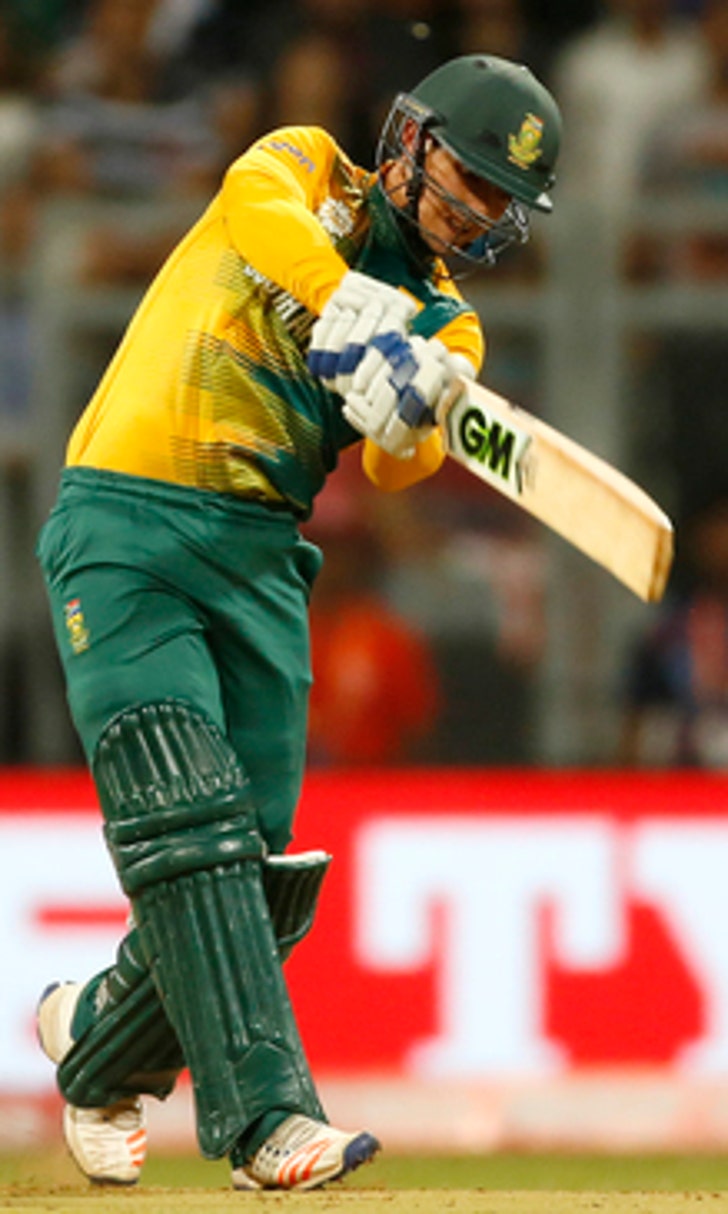 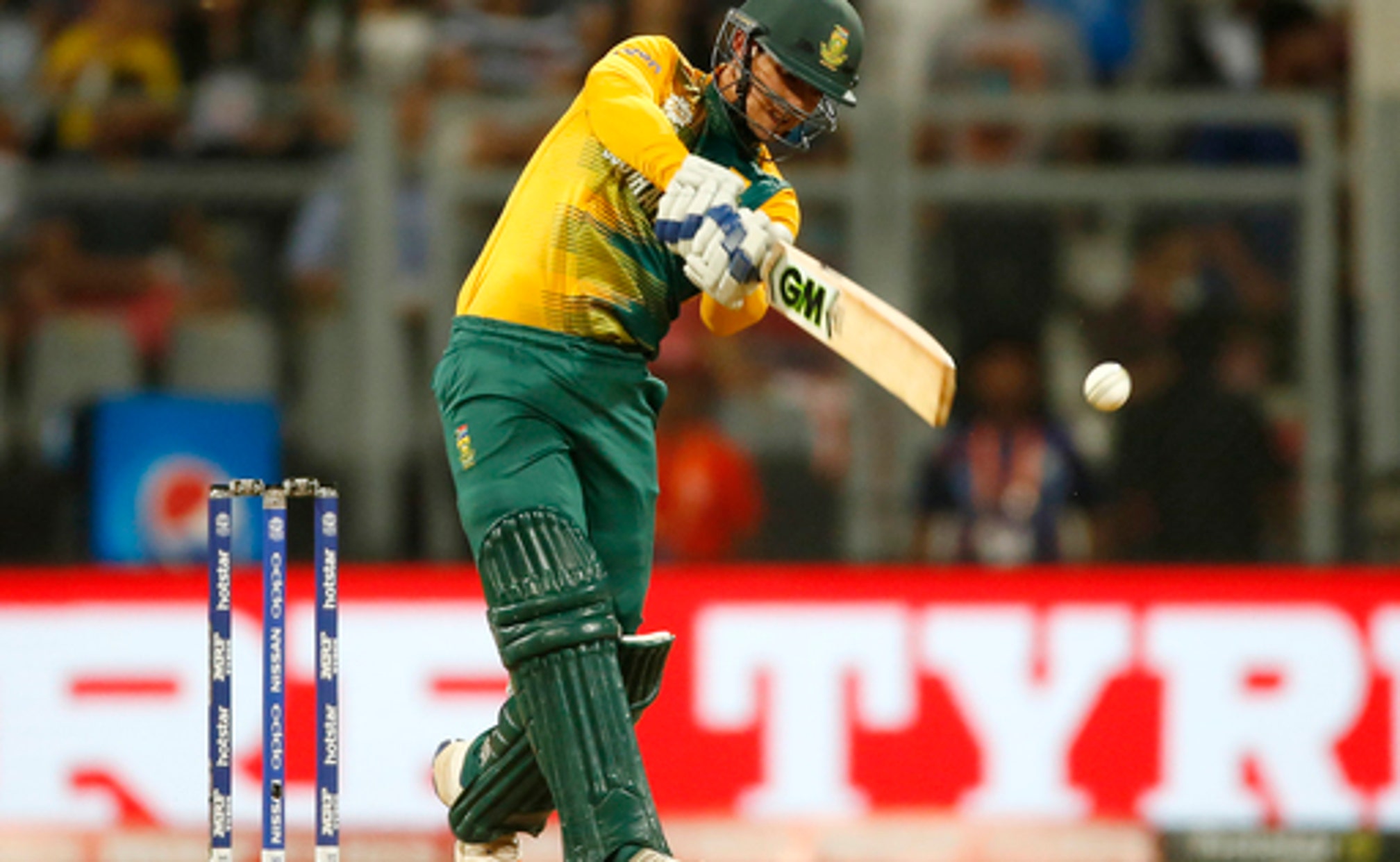 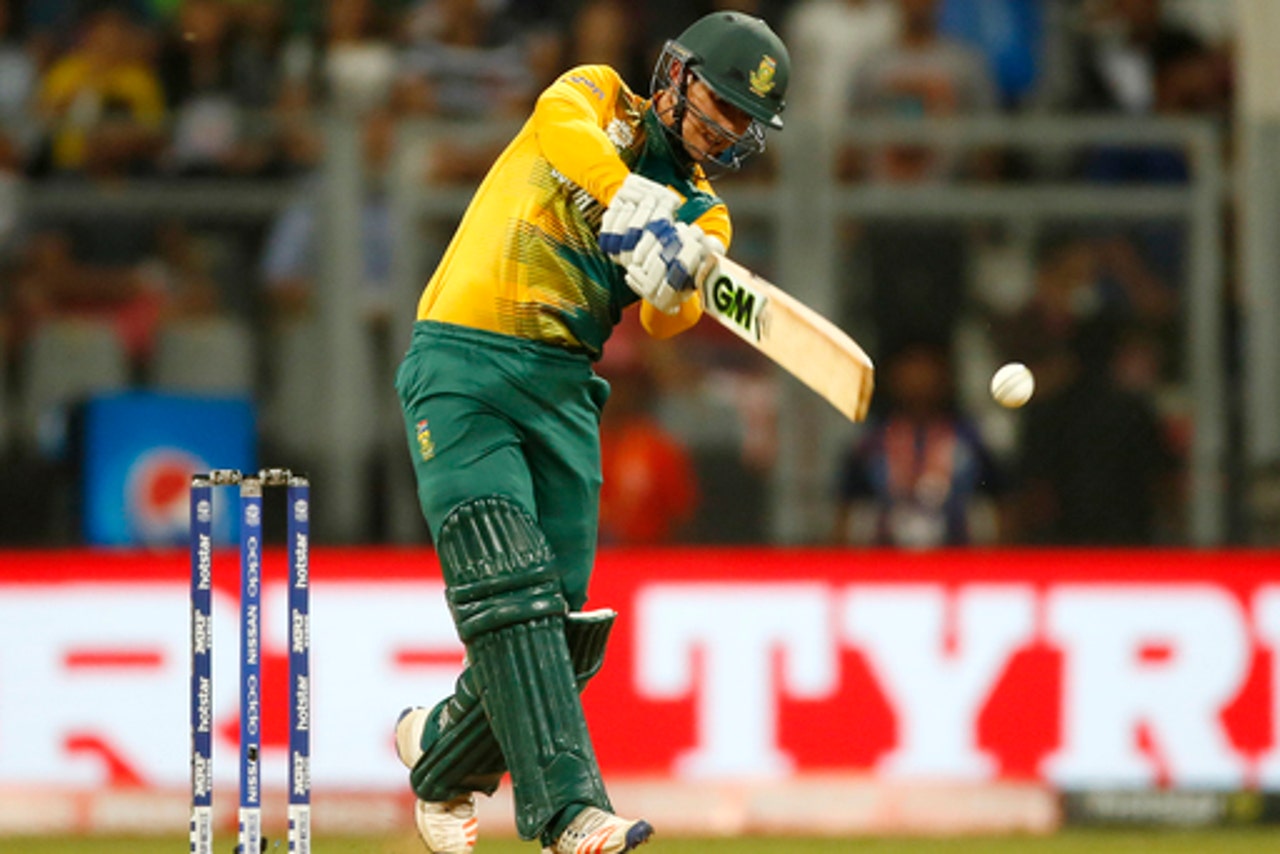 Joe Root smashed 83 off 44 balls as 2010 champion England survived a very late scare to march to 230-8 in 19.4 overs after South Africa had posted 229-4 on the back of half-centuries from Hashim Amla, JP Duminy and Quinton de Kock. Between them, the two teams hit 459 runs in under 40 overs.

England openers Jason Roy and Alex Hales had provided a roller-coaster start of 48 runs off just 15 deliveries and Root motored along the chase by hitting six fours and four sixes against wayward South African bowling.

''It's just nice to contribute to a game of cricket,'' Root said. ''Be sensible, play smart cricket ... and the guys were so calm under pressure.''

England's remarkable performance in the Group 1 match puts them only second behind West Indies' highest-ever successful run chase in all Twenty20 internationals when it made 236-6 against South Africa at Johannesburg last year.

South Africa seamers were guilty of giving away 20 extra runs from wide deliveries to help England's cause.

Root combined in a match-winning 75-run fifth wicket stand with Jos Buttler (21) off 36 balls as England rebounded in style after being thumped by the West Indies in the opening group match two days ago.

Root was brilliantly caught in the deep off Kagiso Rabada's full toss delivery in the 19th over but by that time England required only 11 off 10 deliveries.

With the scores tied England lost two wickets in the first two balls of the 20th over before Moeen Ali drove to mid-off to complete England's first win in the tournament.

''We've all played long enough to know that no score is unchaseable,'' South Africa captain Faf du Plessis said. ''We said we needed to start with intensity and didn't do that ... the execution of our extras, it makes it very tough because you are always under the pump.''

Earlier, Amla blazed 58 off 31 deliveries and de Kock smashed 52 off 24 balls against the same England bowling attack which was destroyed by West Indies' Chris Gayle at the same Wankhede Stadium.

Duminy joined in South Africa's runfest with an unbeaten 54 off 28 balls with three fours and three sixes as none of the four England seamers could stem the flow of runs.

Openers Amla and de Kock cracked seven fours and three sixes each in a rollicking start of 96 off 43 balls after England won the toss and opted to field first.

But Roy and Hales matched the brilliance of Amla and de Kock when they smacked Rabada (2-50) and Dale Steyn (0-35) for 43 runs off the first two overs.

Abbott, who had dropped Hales at short fine leg off Steyn's first ball, dismissed both openers in his successive overs, but Root took control.

England captain Eoin Morgan said his side had ''to play out of our skin'' to win the match. ''But there's a lot of talent in our team if we play with freedom.''