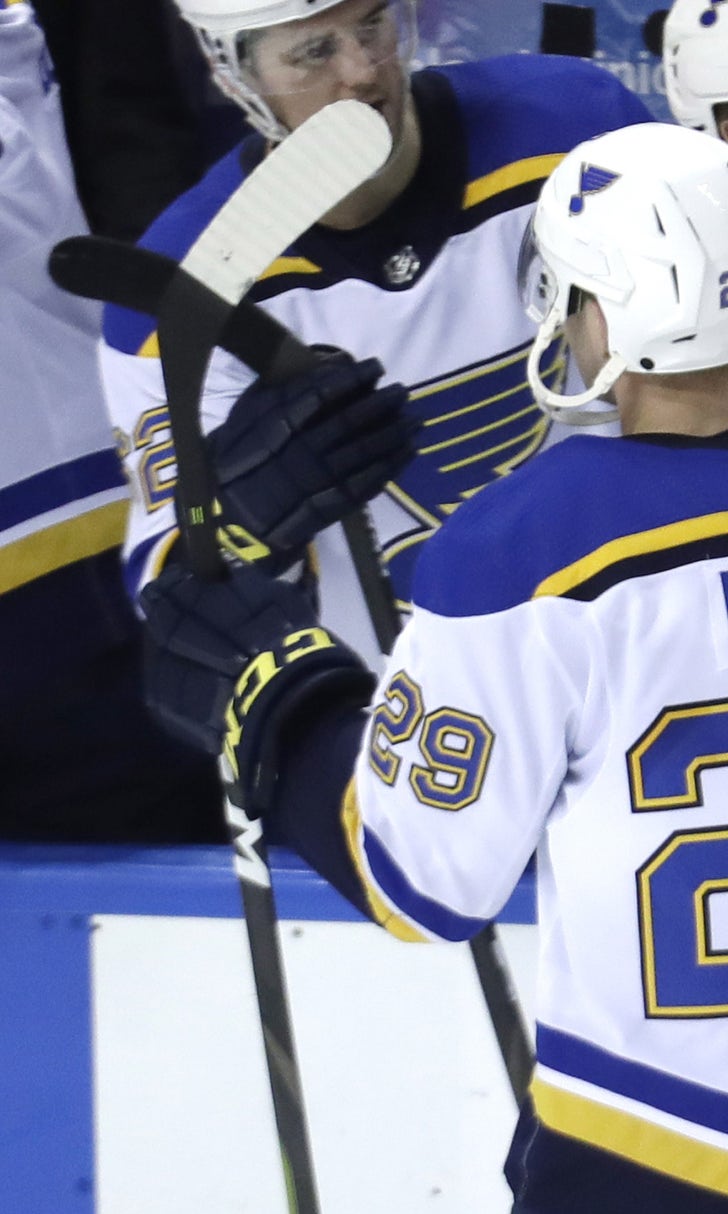 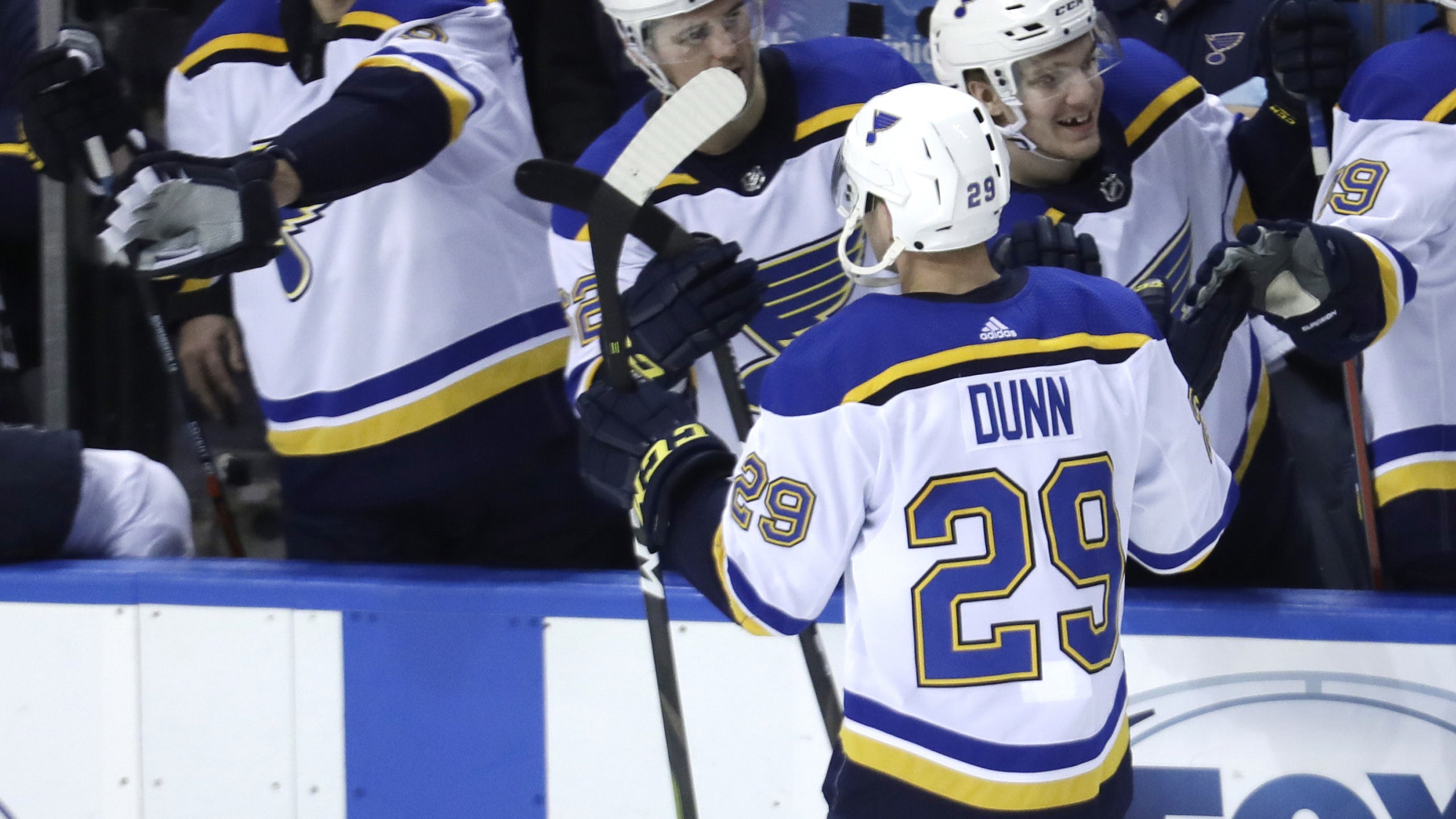 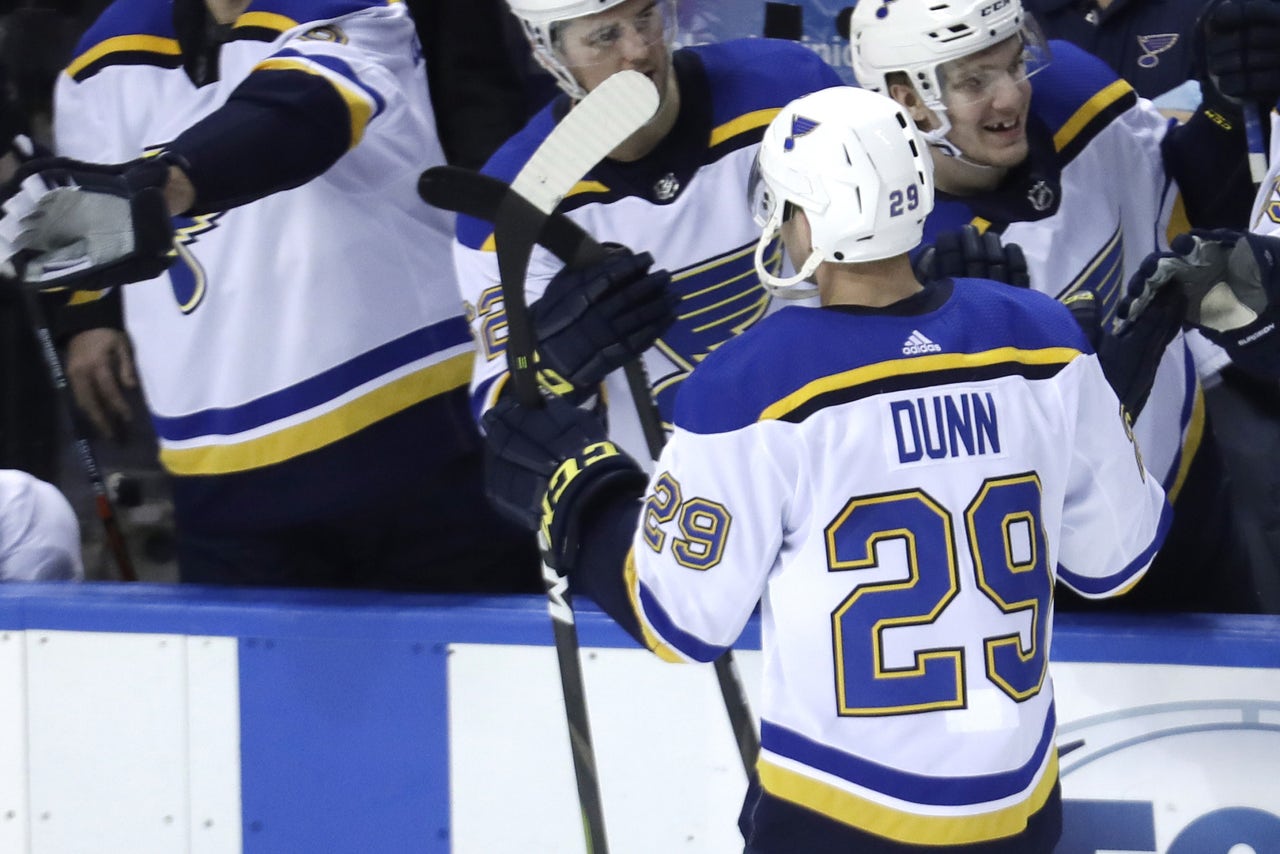 SUNRISE, Fla. — Only one thing has really worked for the St. Louis Blues this season when trailing late in games: playing against the Florida Panthers.

Vince Dunn scored with 3:53 left to cap a third-period rally from a two-goal deficit and lift the Blues over the Panthers 3-2 on Tuesday night. It was only St. Louis' second win when trailing after two periods this season — both against Florida.

The Blues are 2-18-3 with the other team ahead going into the third.

"We need to definitely start off better," Dunn said. "Fortunate enough to get the win and that's really good for us. It's a really good feeling in the room being able to come back into games."

"(Binnington) kept us in there," Blues coach Craig Berube said. "He made some big saves, and we battled back and got two points."

O'Reilly tied it with 8:51 left by finding the puck in the slot amid a net-front scrum and pushing it between Reimer's pads.

"We're all just whacking at it trying to get a bounce and lucky for me I put it in," O'Reilly said.

The Panthers lost for the second time in three games.

"We had the game in our hand 2-0, and you've got to find a way to shut them down and get the two points," Panthers coach Bob Boughner said.

Barkov scored on a power play, taking a pass from Mike Hoffman and poking it in from near the net. Parayko scored 3:05 into the period to make it 2-1.

That goal seemed to be the spark that ignited the Blues.

"You could just see how the momentum shifted and it put them back on their heels," Dunn said.

In the third period, the Panthers spent most of the time in their own zone, playing defense. It didn't work.

"In the third period they got their momentum and just rolled over us," Barkov said.

Borgstrom also scored on the power play. He corralled a loose puck off a deflected shot and swept the puck past Binnington with 1:05 left in the first.

NOTES: Tuesday's game was part of the Blues' dads trip, and 20 fathers and grandfathers will also travel to Tampa Bay on Thursday.