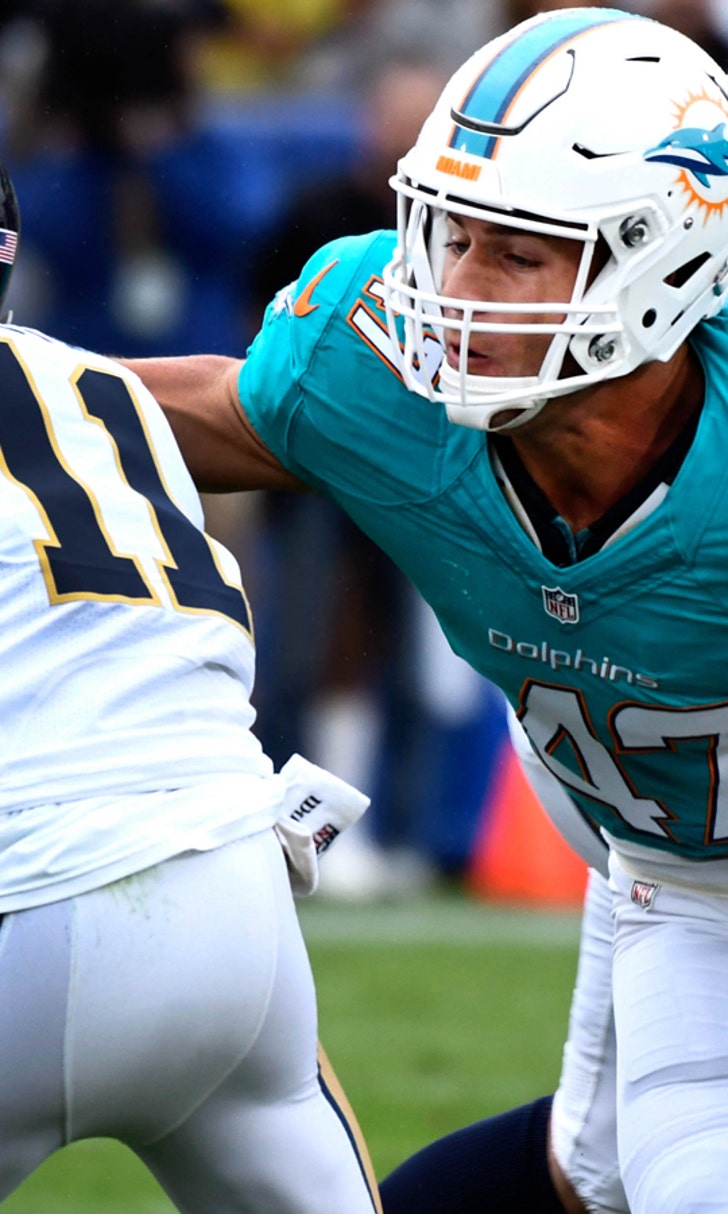 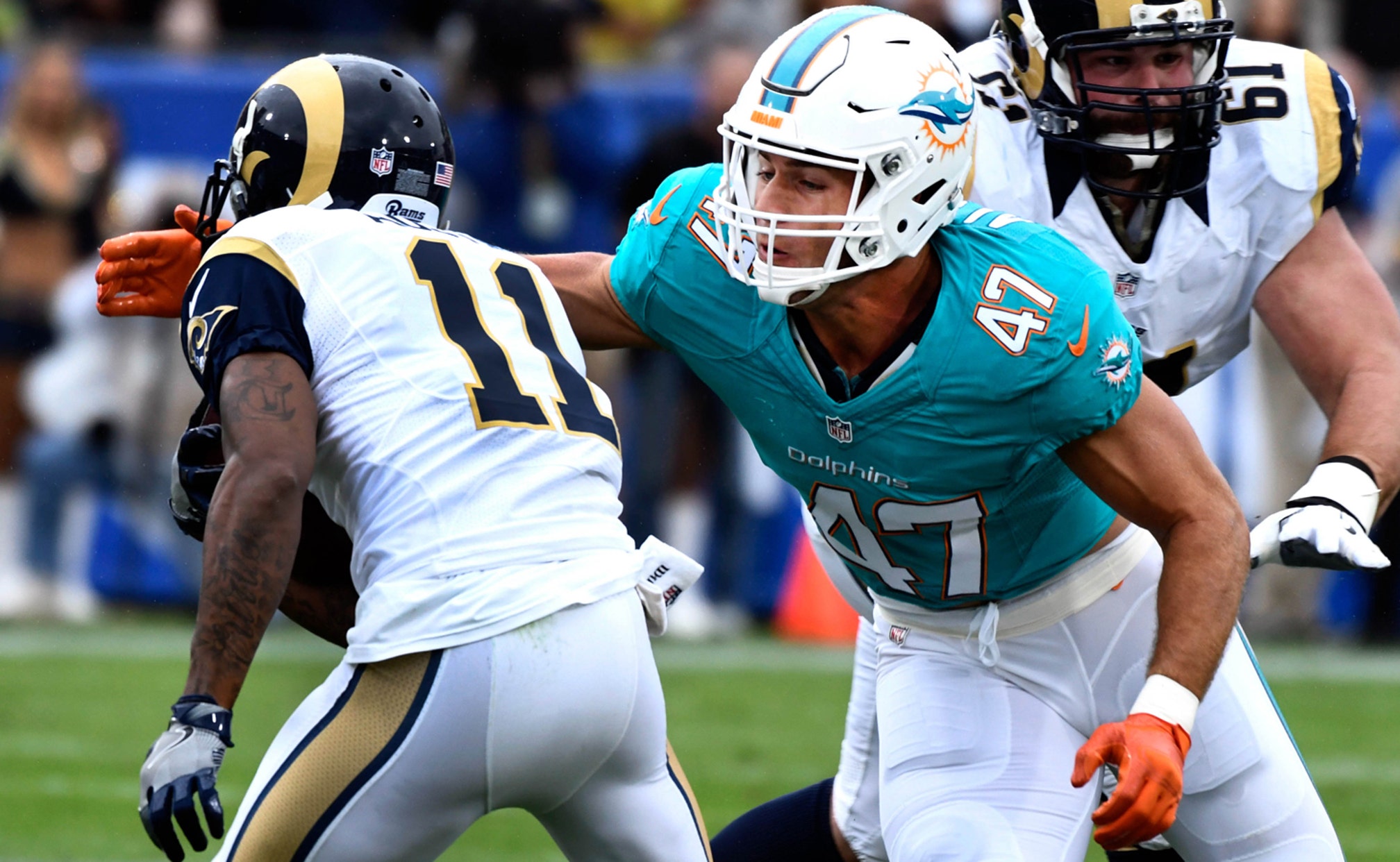 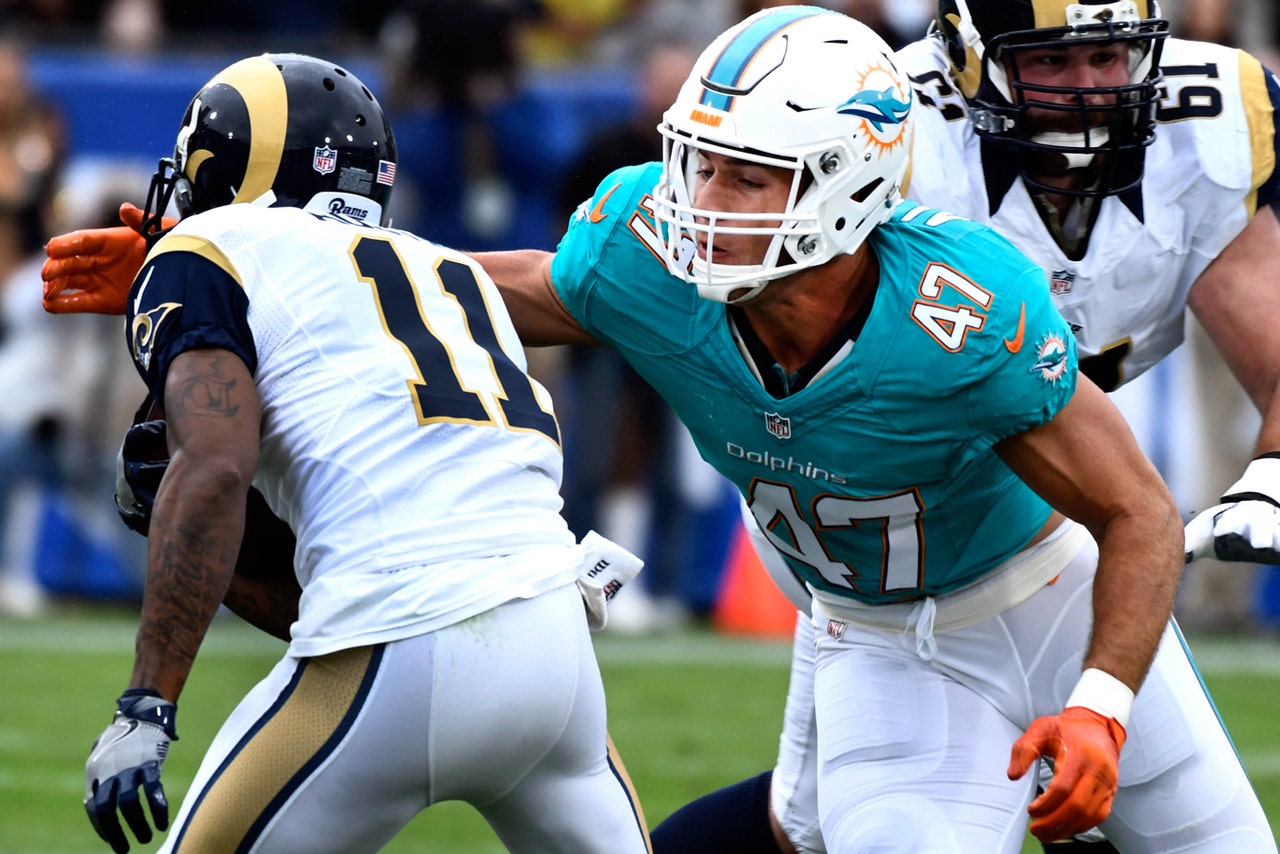 Alonso signed a contract extension with the Miami Dolphins through 2020, the team said Tuesday. The deal was announced as free agent linebacker Zach Brown concluded a two-day visit without reaching a contract agreement.

Linebacker was perhaps the weakest area on the Dolphins' defense in 2016, and last week they signed former Steelers middle linebacker Lawrence Timmons to a $12 million, two-year contract.

That makes it probable Alonso will move from the middle to the outside in 2017.

"Linebacker is linebacker," he said. "You run and hit."

The Dolphins had placed a $3.9 million first-round tender on Alonso earlier, making it likely he would remain with the team in 2017.

He started 15 games in 2016, his first season with the Dolphins, and helped them make the playoffs for the first time since 2008 under new coach Adam Gase.

"This is where I want to be, and I'm just excited that it's official that I'm staying there," Alonso said. "I love the coaches, I love my teammates. I know we're building something special here, and I want to be a part of it."

Alonso led Miami last season with 115 tackles. He had four fumble recoveries, which tied for the NFL lead, and two interceptions.

He met last week with the Raiders, but they signed former Dolphins linebacker Jelani Jenkins on Monday.