The 243-page Wells Report detailing the league's investigation into Deflategate concluded that "it is more probable than not that New England Patriots personnel" improperly deflated footballs to circumvent the rules and that Tom Brady was "at least generally aware" of their conduct.

First let's take a look at those text messages between Jim McNally (the officials locker room attendant for the Patriots) and John Jastremski (Pats equipment assistant):

ON PERKS AND FOOTWEAR: 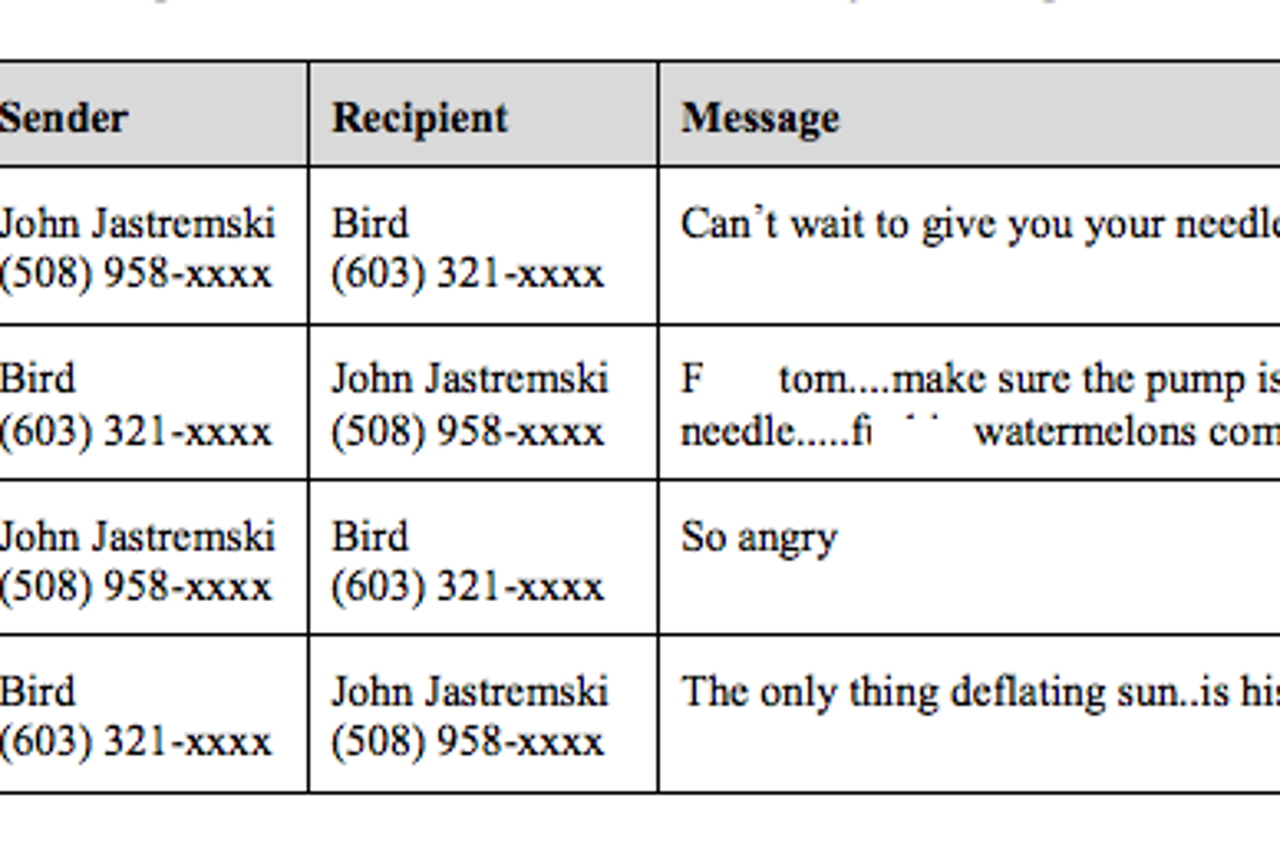 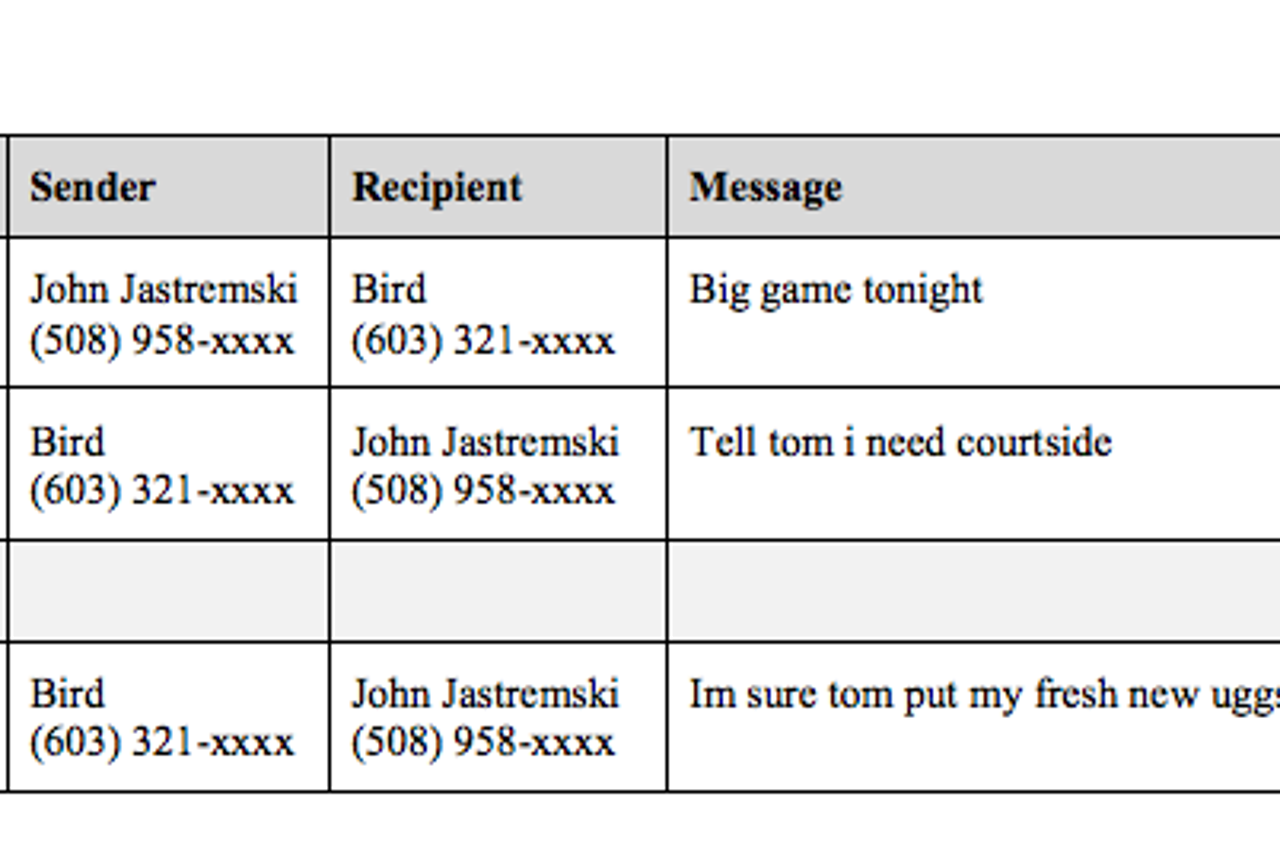 Now for some of those nice charts. 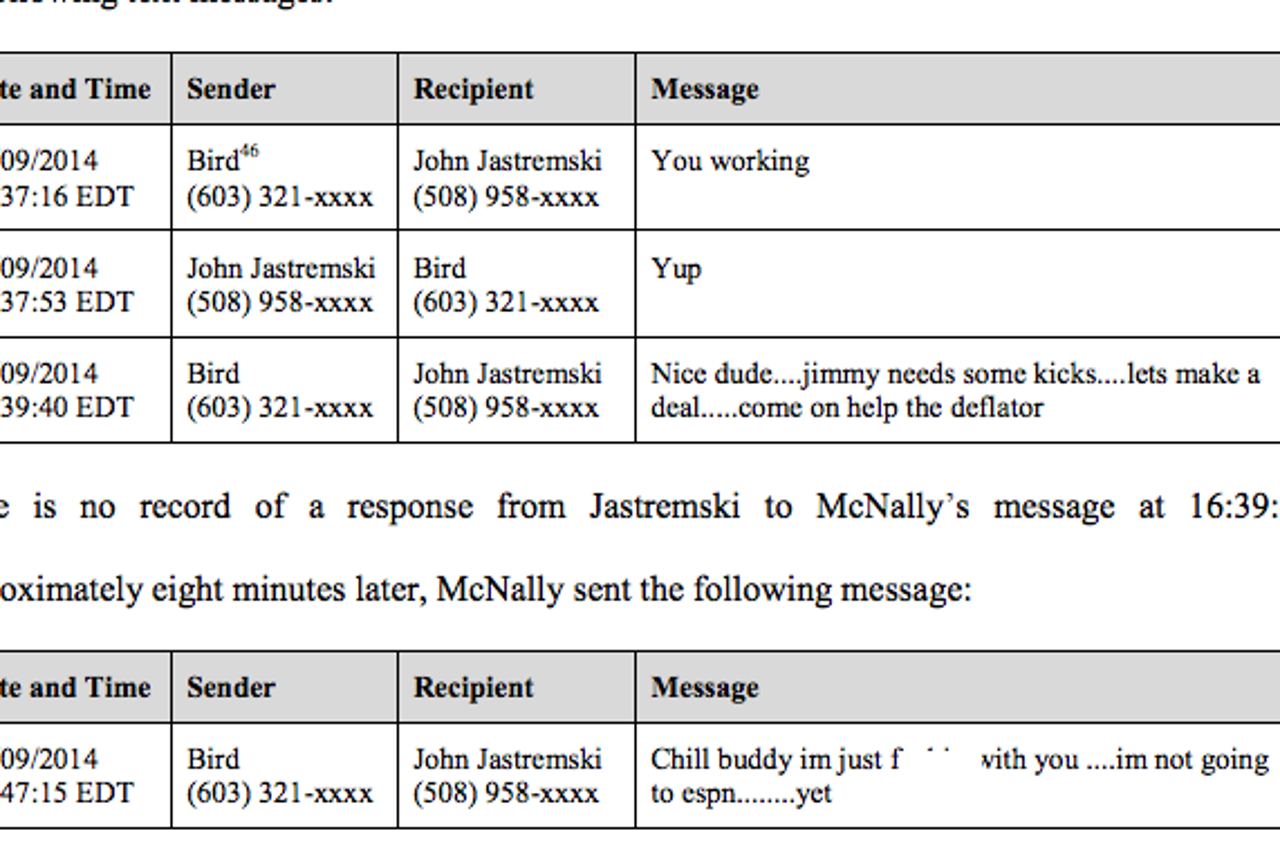 ON THE IMPACT OF VIGOROUSLY RUBBING BALLS:

AN INFRARED LOOK AT FOOTBALLS: 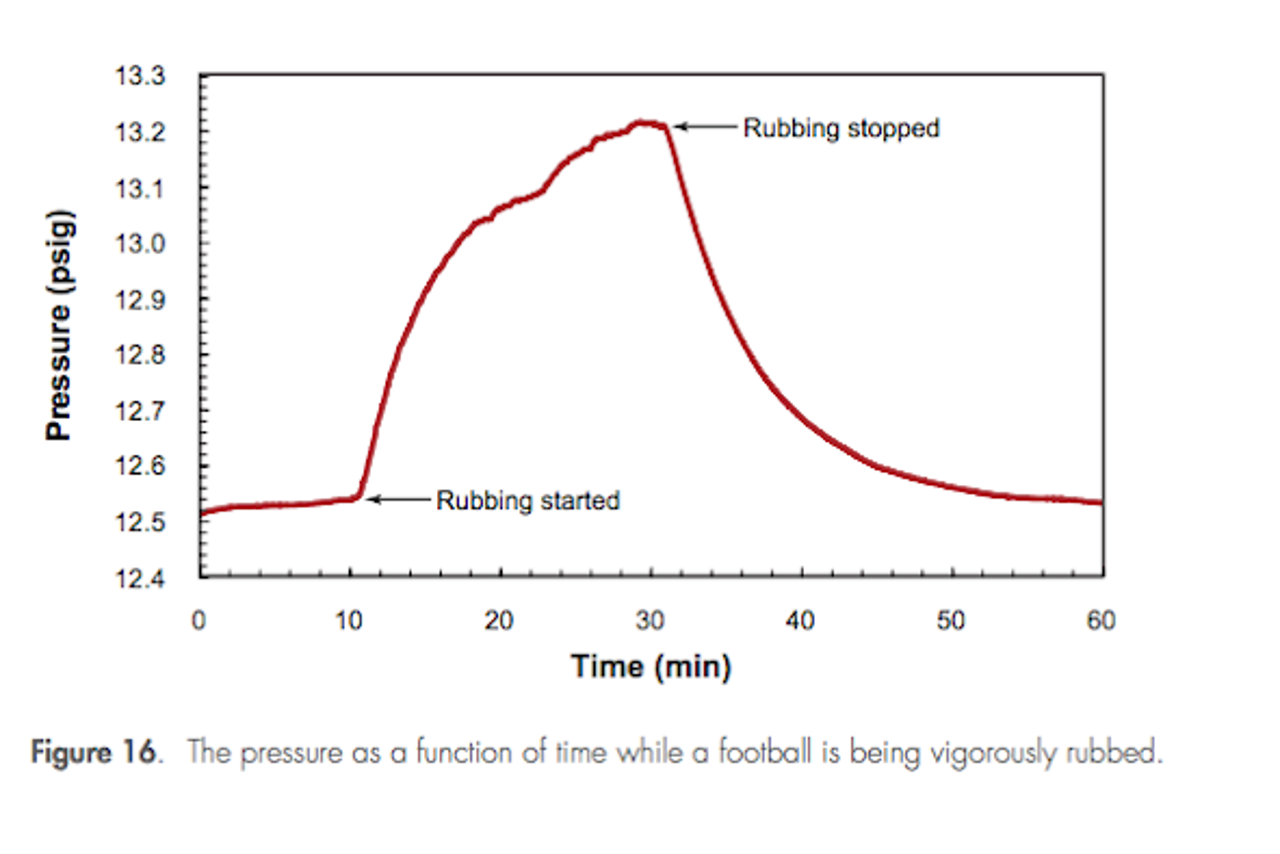 Sorry, that was from "The Predator." Here we go: 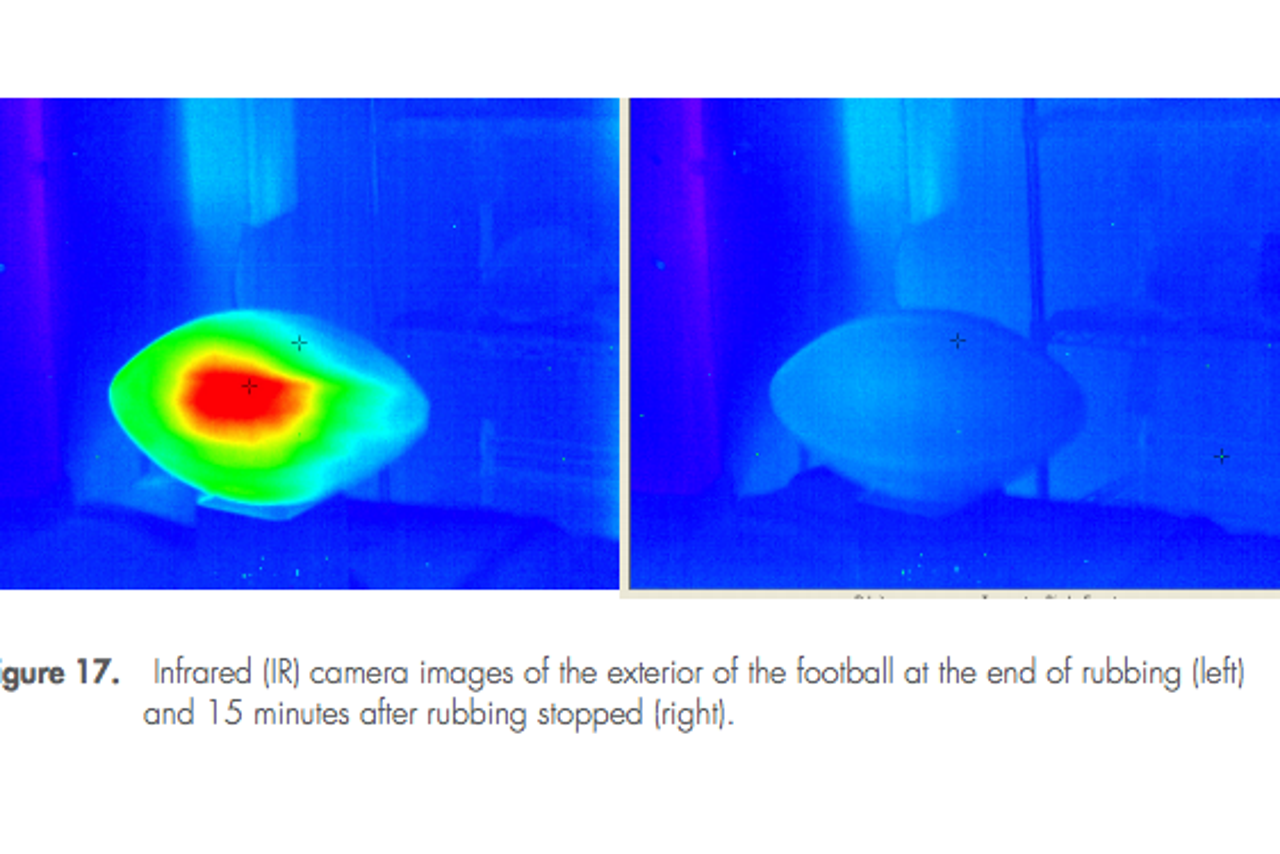 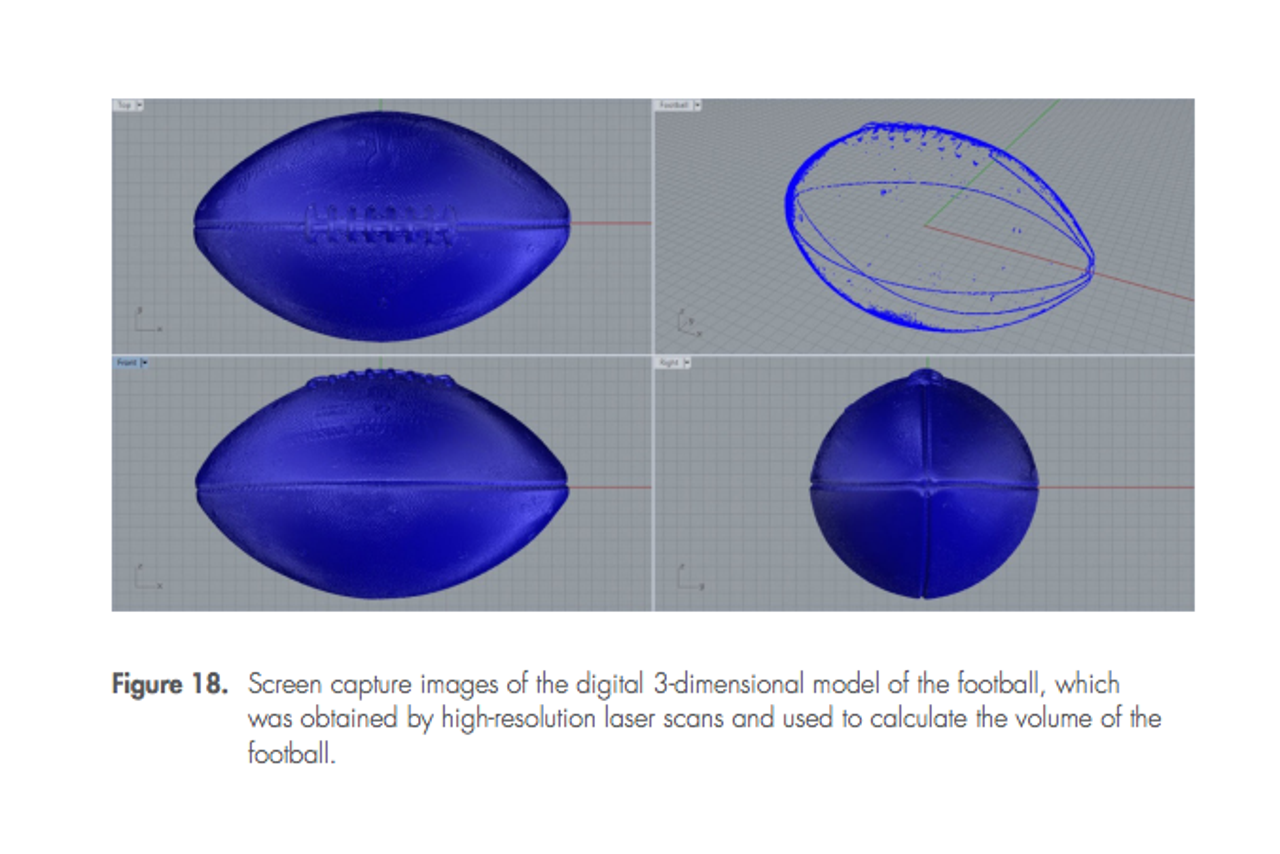