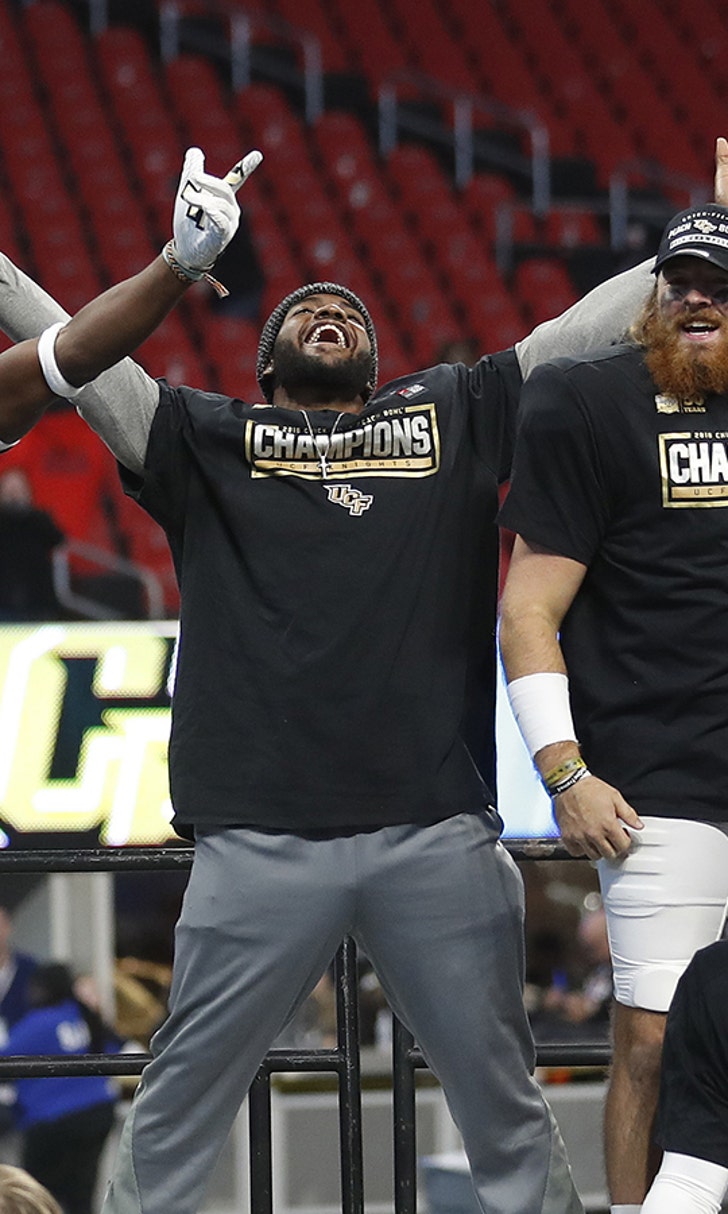 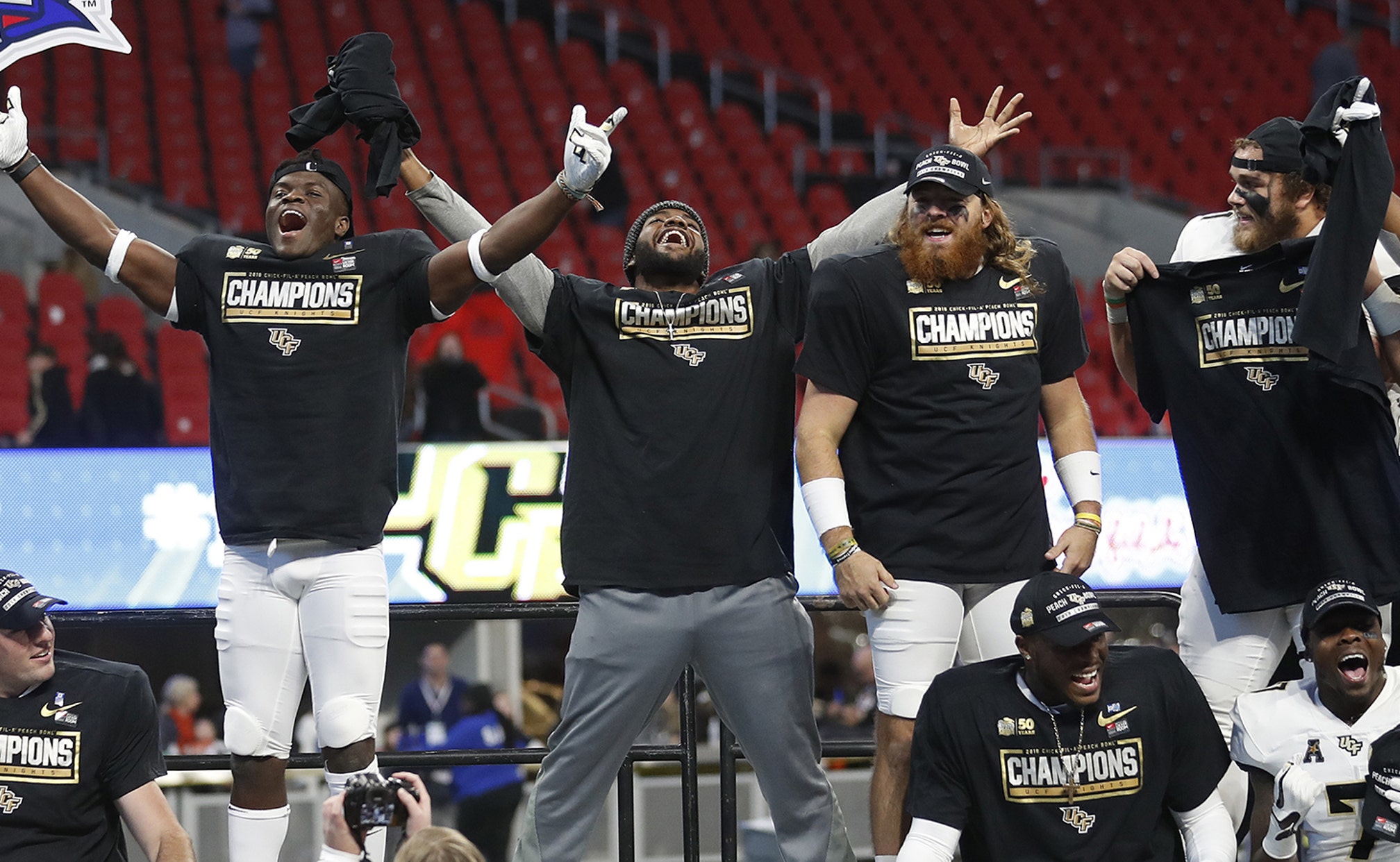 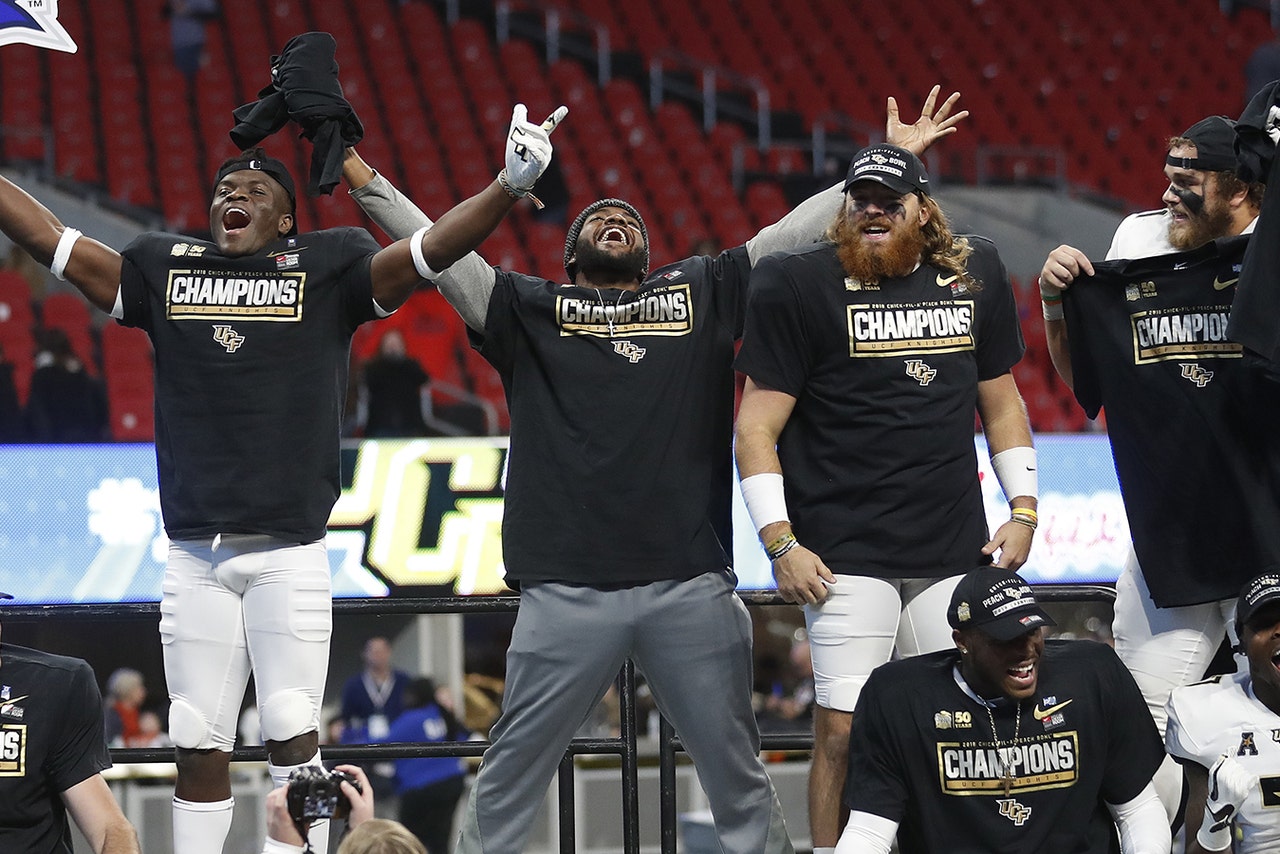 The Knights (13-0) finished with the only perfect season in the Football Bowl Subdivision with a Peach Bowl victory over Auburn, which during the regular season beat both Alabama and Georgia, who'll meet in the CFP championship game Monday night in Atlanta.

UCF feels its accomplishment in winning the American Athletic Conference championship was undervalued by the CFP selection committee, which listed the Knights 12th in the panel's final rankings.

After beating Auburn on New Year's Day, UCF athletic director said the Knights were declaring themselves national champions and intend to hang a championship banner at the school's stadium. In addition, the coaching staff is going to be paid bonuses for winning the self-proclaimed title.