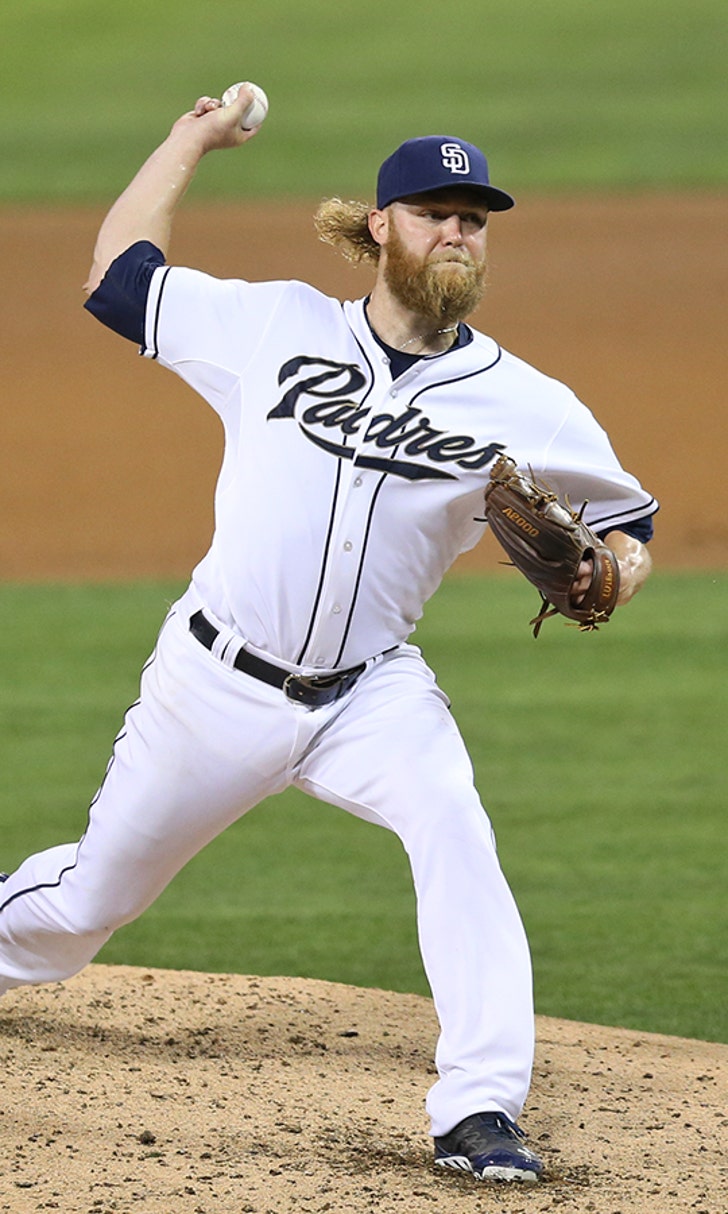 Cashner struck out five and walked one in his second spring outing. The right-hander is trying to bounce back from a disappointing 2015, when he went 6-16 with a 4.34 ERA in 31 starts.

"(Cashner) can beat an opponent with his fastball on all four quadrants," San Diego manager Andy Green said. "That's up, down, in and away. Also, his change plays well off the fastball."

Danny Salazar pitched four scoreless innings for Cleveland in his longest outing of the spring. The right-hander struck out seven and yielded three hits.

"The plan is throw the fastball and use the change as a good secondary pitch," Salazar said. "I threw the change down, and was able to get a few strikeouts with that pitch."

Jesus Aguilar homered for the Indians.

Indians: Salazar pitched out of a jam in the third. With runners on first and second, he struck out Cory Spangenberg and Wil Myers to end the inning.

Padres: Cashner threw 45 pitches. He has pitched five scoreless innings so far this spring, allowing three hits and walking one.

Indians: RHP Josh Tomlin faces Milwaukee in one of Cleveland's split-squad games on Sunday. Chase Anderson is expected to pitch for the Brewers.

Padres: RHP Brandon Maurer is expected to pitch against San Francisco. Chris Heston is slated to go for the Giants.