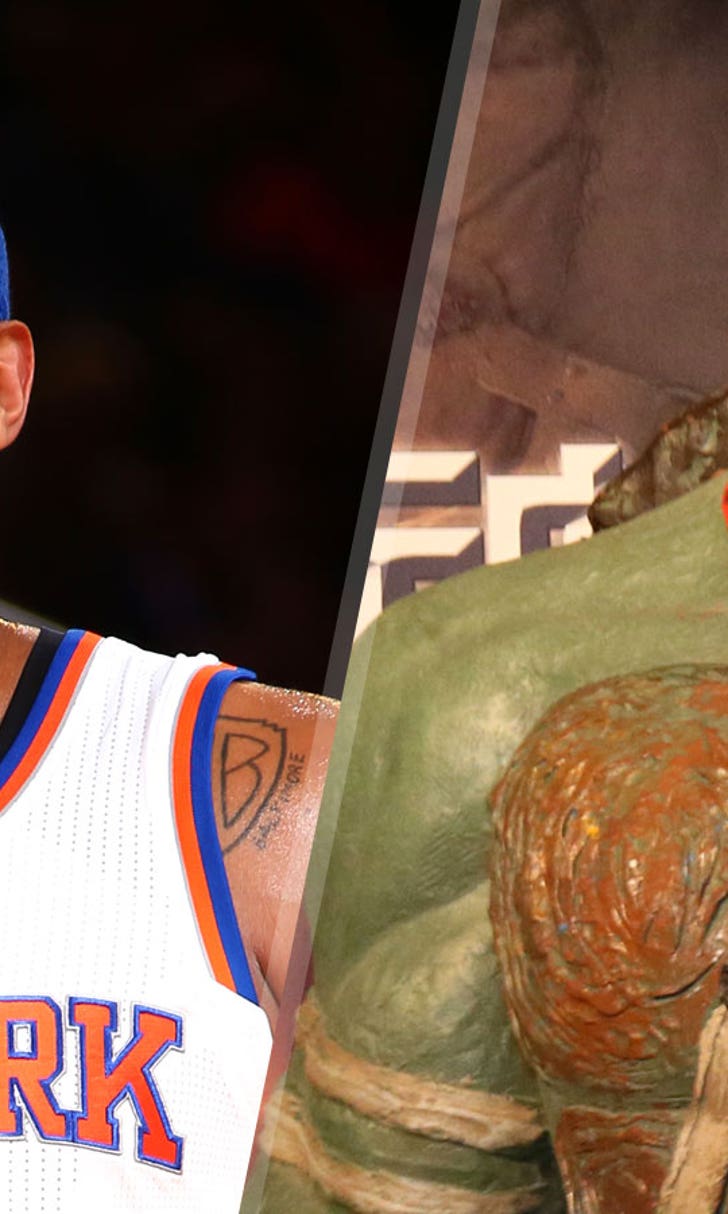 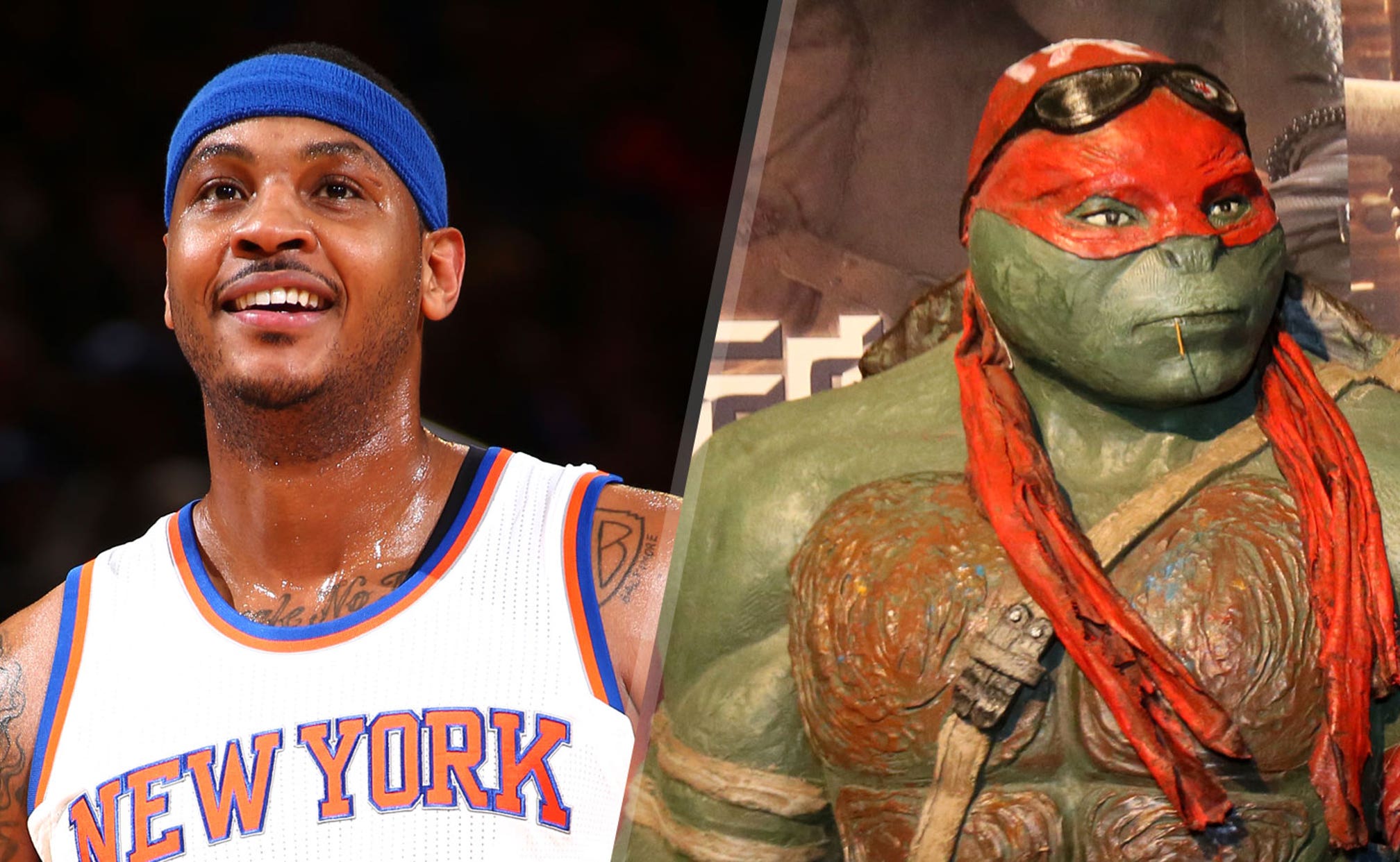 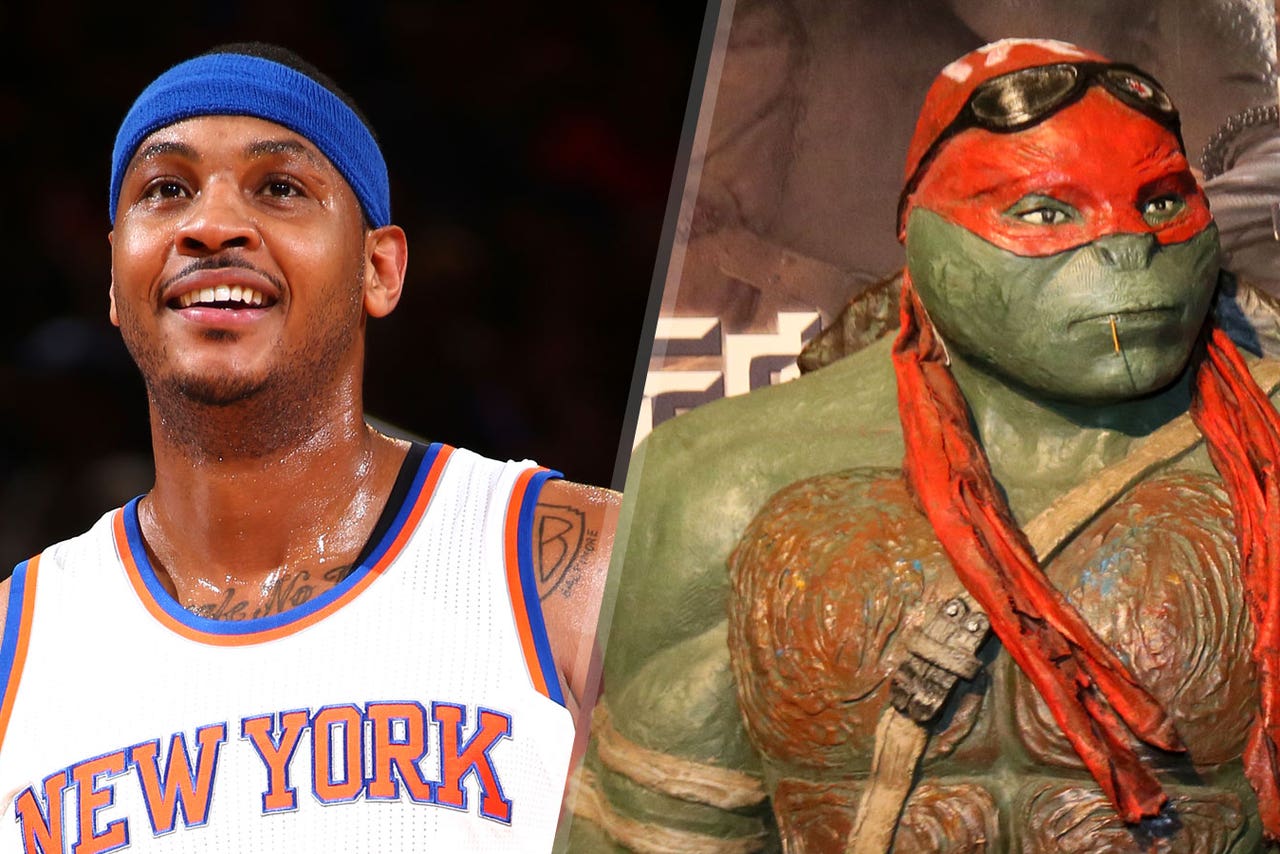 The Daily Mail has the insider-y photos showing Melo sporting dress pants and a button-down shirt on the set in Brooklyn on Wednesday. Victoria's Secret model Alessandra Ambrosio, who will play Vernon Fenwick's (Arnett) girlfriend, was also on the set.

Melo won't be the only NBA player in the TMNT sequel. In March, Los Angeles Clippers guard J.J. Redick revealed that he and DeAndre Jordan, Matt Barnes, Austin Rivers and Spencer Hawes would be filming a scene.