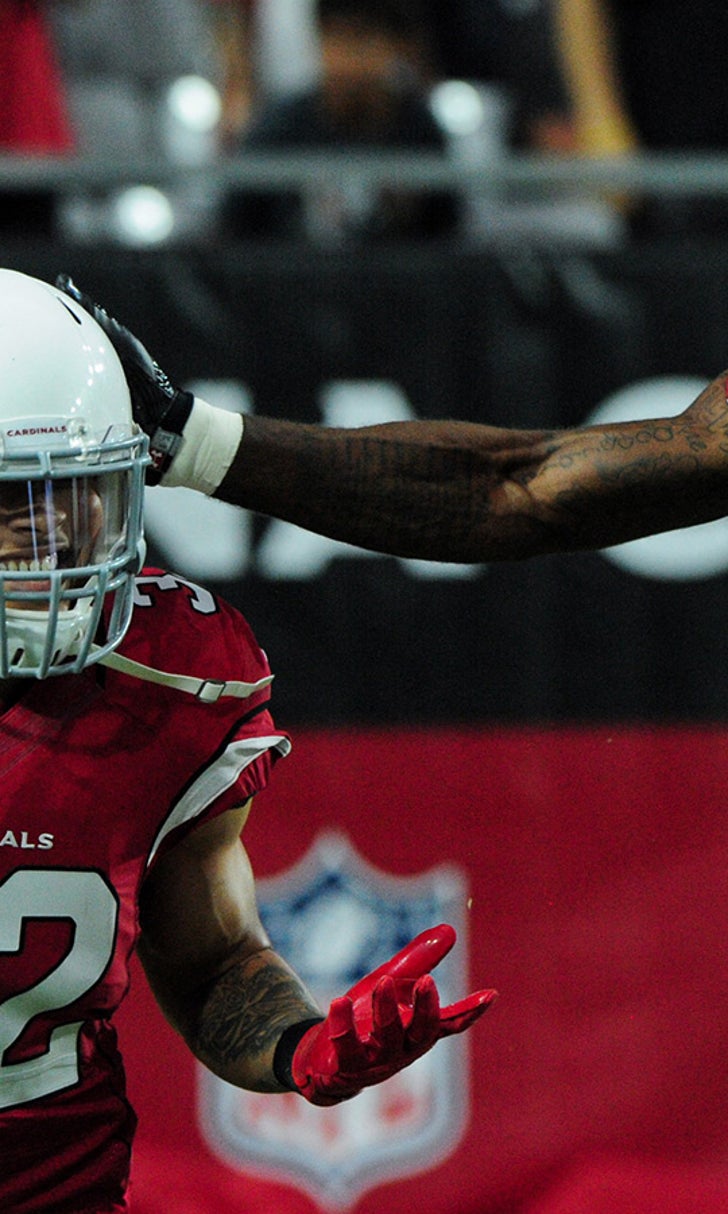 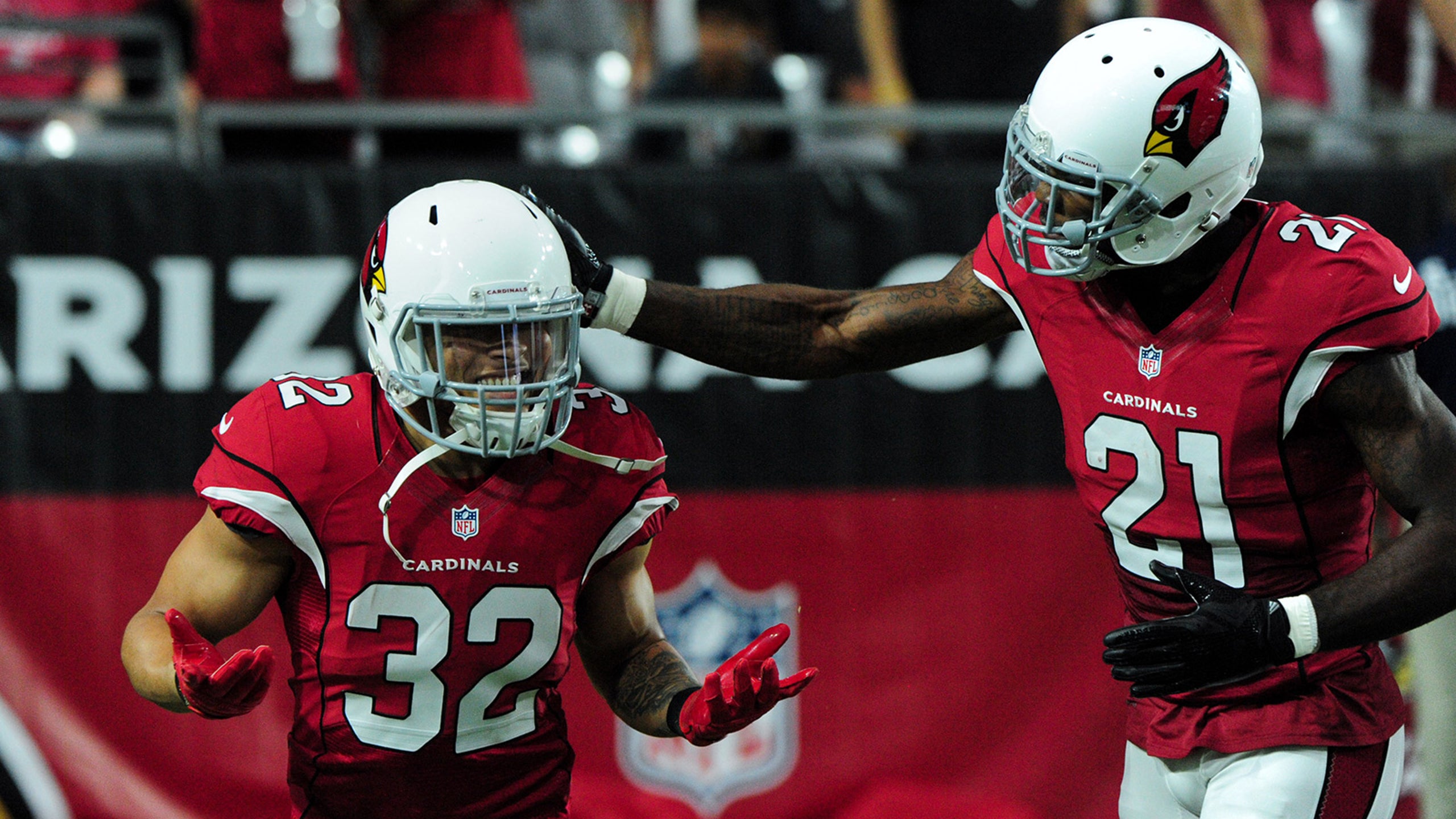 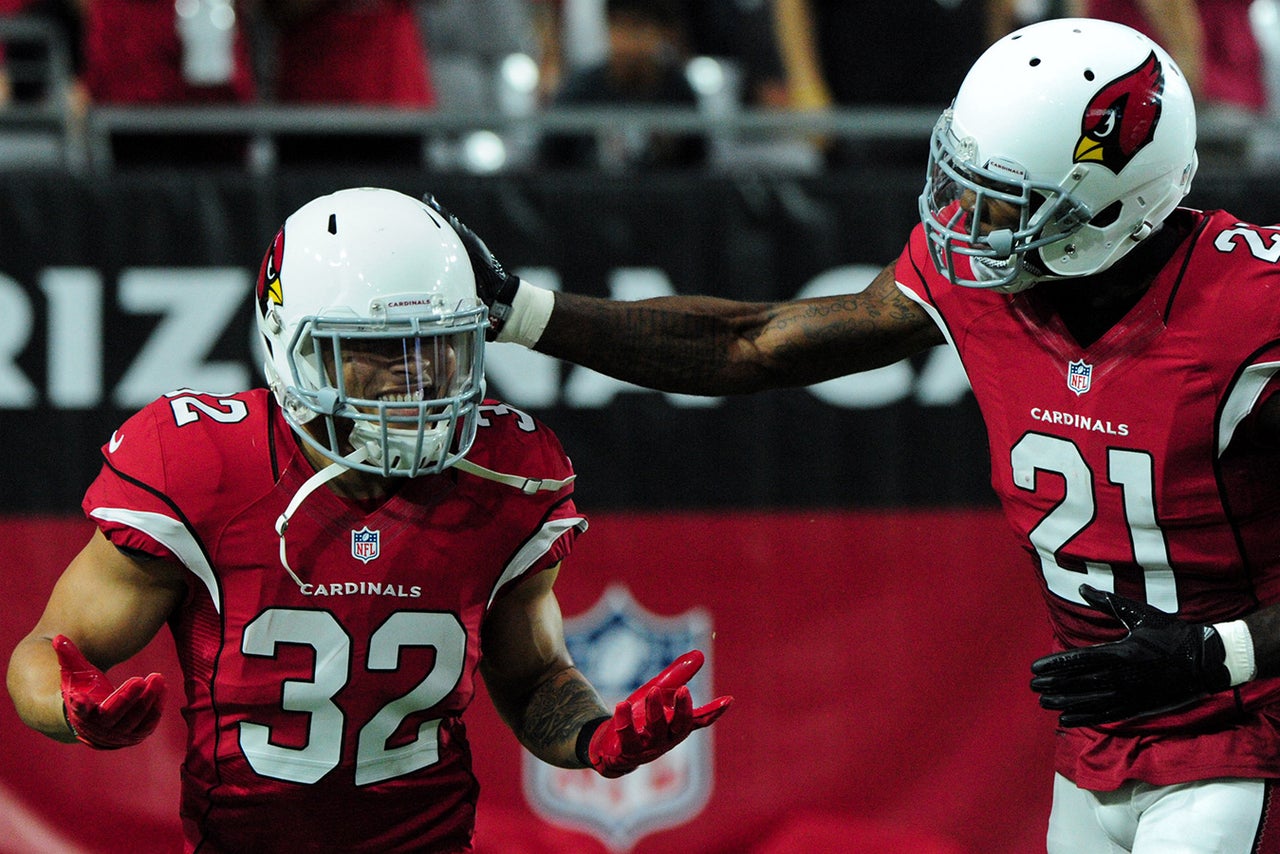 TEMPE, Ariz. -- If the Arizona Cardinals don't have the best secondary seven weeks into the NFL season, it's certainly the most opportunistic.

This "No Fly Zone" leads the league with 12 interceptions, and the defense overall ranks fourth in the NFL.

It's an aggressive bunch, with a knack for being in the right place at the right time, and there's an obvious chemistry to the unit, too.

The group has been dubbed the "SECondary," because four of the players are from the SEC: cornerback Patrick Peterson and safety Tyrann Mathieu from LSU, Johnson from Alabama and cornerback Jerraud Powers from Auburn. The Big 12 gets a representative in safety Tony Jefferson, from Oklahoma. Then there's Justin Bethel, who will replace the injured Powers as a starter at Cleveland on Sunday. Bethel comes from Presbyterian College -- enrollment 1,146.

All six have at least one interception. Johnson has three, while Peterson, Mathieu and Jefferson have two apiece.

"This is the best group that I've been around," Peterson said. "The play is definitely speaking for itself. But the things that we're doing off the field and how close-knit we are, I've never seen nothing like it. It just reminds me of a college feel."

They gotten to the desert by various routes:

--Peterson is living up to the expectations that come with being the fifth overall pick in the 2011 draft. He's made the Pro Bowl each of his four NFL seasons. He had a sub-par 2014, but found out halfway through that season he had diabetes. Healthy and noticeably trimmer, Peterson is assigned to defend the opponent's top receiver every week and playing his best football to date.

--Mathieu was a Heisman Trophy finalist his sophomore year at LSU, but was kicked off the team for marijuana use. He was considered high-risk by many when Arizona took him in the third round but has been a joy for the team and his teammates since his arrival. Last year, his play was hindered by a knee brace and a cast on his broken thumb. This year, he's back to being "The Honey Badger," a 5-foot-9 dynamo. Mathieu had his first sack of the season Monday night in a win over Baltimore.

--Johnson might be the smartest player on the field, and observers envision him and Powers as future coaches. Johnson was a third-round pick in 2009 and lost part of his middle finger attempting a tackle early in the 2013 season. Oddly, the bulk of his career interceptions have come since then.

--Powers, the nickel back last season when Antonio Cromartie was the starting corner opposite Peterson, smoothly stepped into the full-time job this year. Undrafted in 2009, Powers played four seasons for Indianapolis before signing as a free agent with Arizona in 2013.

--Like Powers, Jefferson had to make it in the NFL the hard way. He was not drafted and played his way onto the active roster in 2013. Jefferson made the game-saving tackle in the end zone on Monday night.

The secondary also technically includes safety Deone Bucannon, but the Washington State product almost always lines up as an inside linebacker. He leads the team in tackles.

Johnson said the group's camaraderie has led to many of the interceptions.

"Us being around each other so much, we begin to know each other," he said. "We begin to understand the way each one of us thinks."

There's a lot of studying, too.

"The things that you don't see that's behind the scenes is the hours of film that those guys watch," defensive coordinator James Bettcher said. "The meetings that they have together to talk through things. The most important thing is that those guys are on the same page when you're playing coverage."

Only twice this year has Arizona not intercepted a pass in a game, and it lost both contests.

"We've got a lot of guys that are grateful," Mathieu said. "But obviously they're hungry and they want to achieve a lot more."