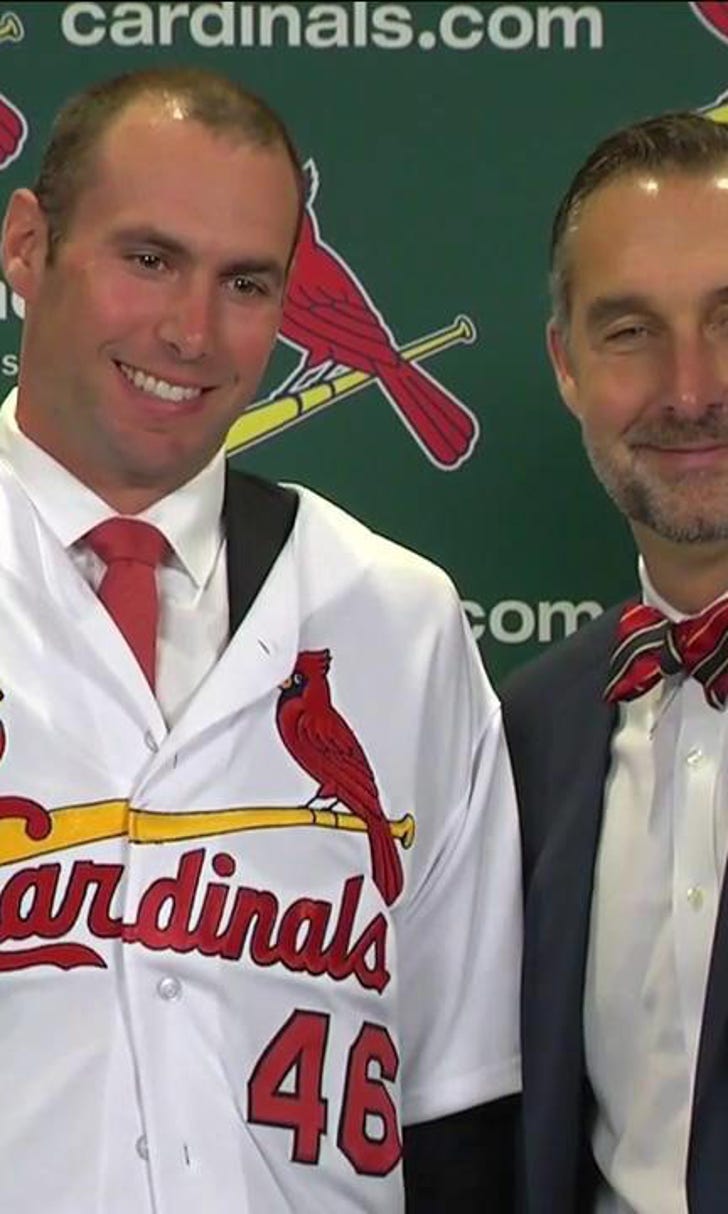 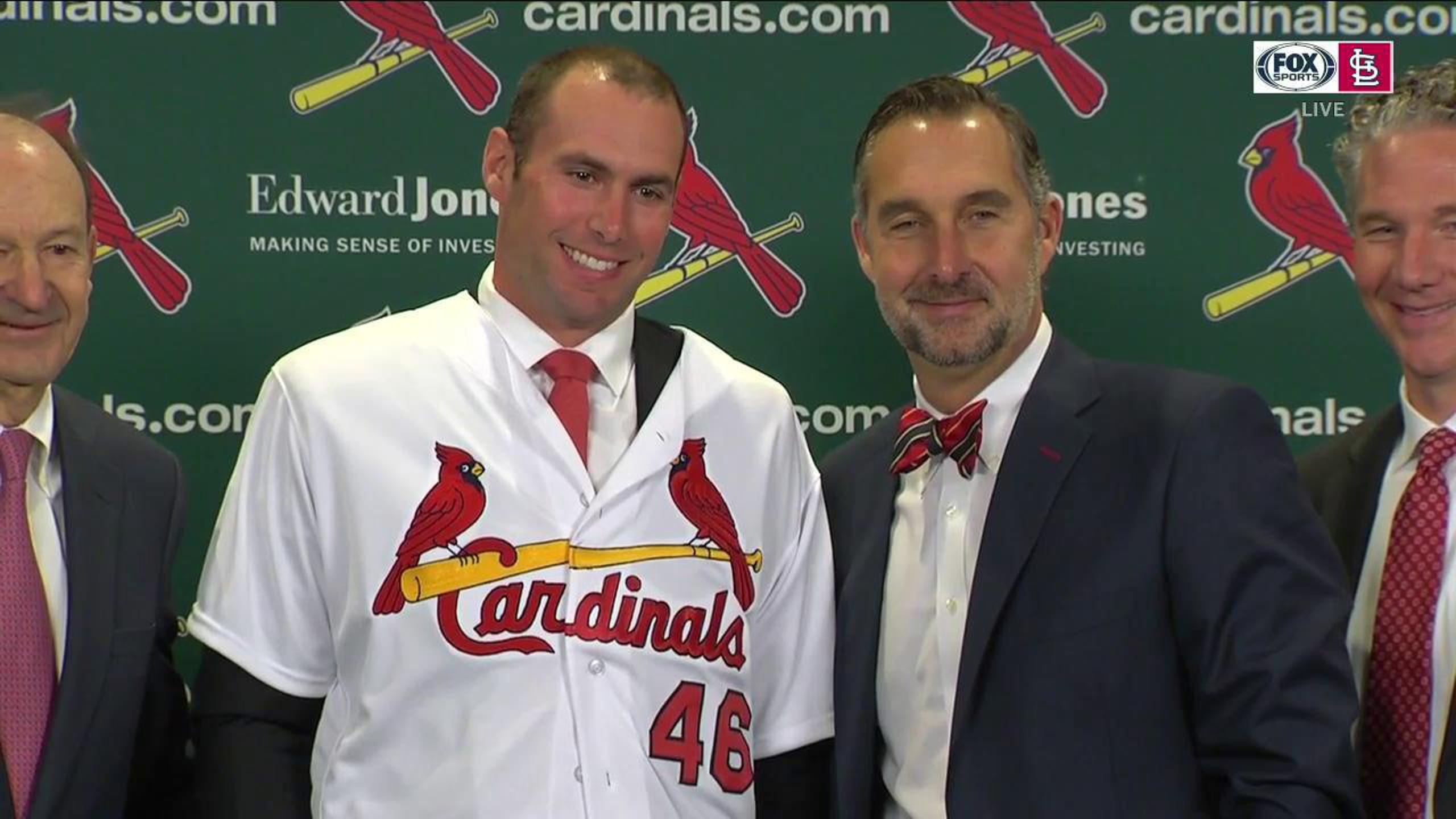 Cardinals head to Jupiter with roster fortified by Goldschmidt, Miller 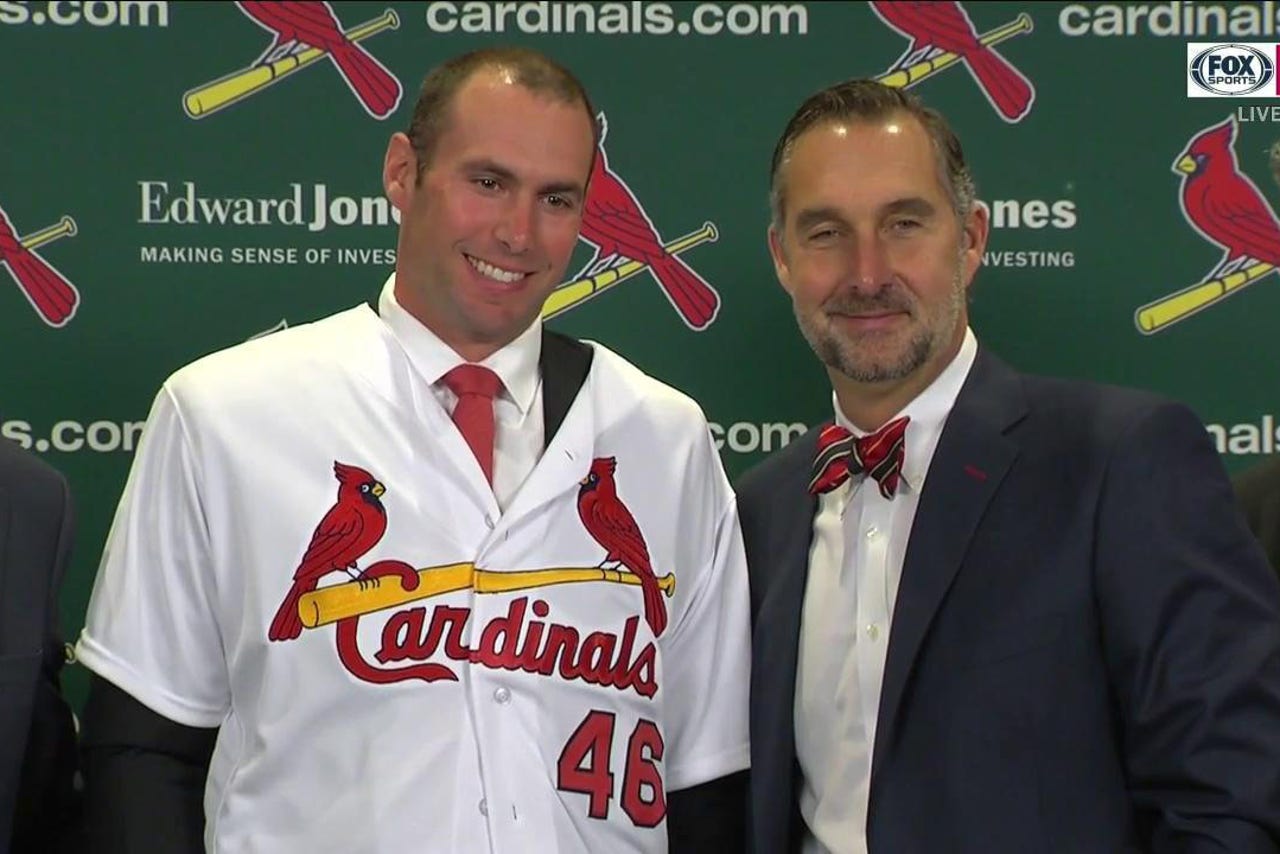 First baseman Paul Goldschmidt is flanked by team management at his introductory news conference in December.

John Mozeliak has built enough championship clubs in St. Louis that he immediately recognized after the Cardinals failed to make the playoffs last season that changes needed to be made.

The president of baseball operations also knew they were close.

So with an aggressive approach to the offseason, Mozeliak traded for six-time All-Star first baseman Paul Goldschmidt to provide some pop to his lineup, then signed two-time All-Star reliever Andrew Miller to a two-year, $25 million contract to bolster the bullpen.

Suddenly, the two biggest holes facing Mozeliak had been filled.

Now, the Cardinals head to Florida confident that any remaining questions will be answered in spring training, and that they have the team to contend in the tough NL Central this season.

"We knew we just couldn't have a stagnant offseason. We knew we had to make changes to our club," Mozeliak said, "because we felt like even though we had a good team, we still weren't good enough."

The Cardinals were quite good down the stretch, thanks in part to a midseason managerial change that put Mike Shildt in charge. With the exception of Goldschmidt and Miller, the Cardinals return largely intact. Their starting rotation, headlined by right-handers Carlos Martínez, Miles Mikolas and Jack Flaherty, is relatively young but talented, and the bullpen, with Miller joining flamethrower Jordan Hicks, has become quite stout.

"We like our everyday club and we like our rotation, or the potential of our rotation, and how that rotation shakes out will dictate what the bullpen looks like," Mozeliak said.

Among the questions facing the Cardinals in spring training are whether outfielder Dexter Fowler can rebound from a lost season, whether left fielder Marcell Ozuna can stay healthy and whether the Cardinals' depth up and down the roster will sort itself out.

"Guys are hungry. They're eager," Shildt said. "Players in our clubhouse have full autonomy to challenge respectfully what we say and what we do and what we think. It's not us versus them. It's us with them. We're a team. We want to do our best to go forward and get to the promised land."

Pitchers and catchers report to Jupiter, Florida, on Feb. 12.

Tyler O'Neill, 23, will battle for playing time in right field with Fowler and José Martínez. O'Neill hit 26 homers in just 64 games with Triple-A Memphis last season and belted nine in 61 games with the Cardinals.

RHP Alex Reyes has been the top prospect in the Cardinals organization the past three years, and the only reason he remains on that list is injuries. Tommy John surgery cost him the entire 2o17 season and a torn back muscle ended last season early. The 24-year-old could become a front-of-the-rotation ace if he can stay healthy.

Just about everywhere. Mozeliak said during the Cardinals Winter Warm-Up that adding any pieces in spring training would just muddy things up. They are particularly stout at the corner infield spots with Goldschmidt and 3B Matt Carpenter and at catcher with Yadier Molina. Ozuna, who was limited by a shoulder injury last season, must be healthy, though, or the offense won't live up to expectations.

The bullpen might be the only spot the Cardinals look for veteran help, though they have plenty of young arms to toss into the mix. The back end sets up well with Hicks and Miller -- the order of their use to be determined -- and perhaps even Reyes at some point.

The biggest problem facing the Cardinals is they reside in what could be the toughest division in baseball. The Brewers are coming off a strong postseason run and the Cubs again will be right up there. But with a few big acquisitions, along with help from within, the Cardinals could leap both of them. The Cardinals open the regular season March 28 in Milwaukee.