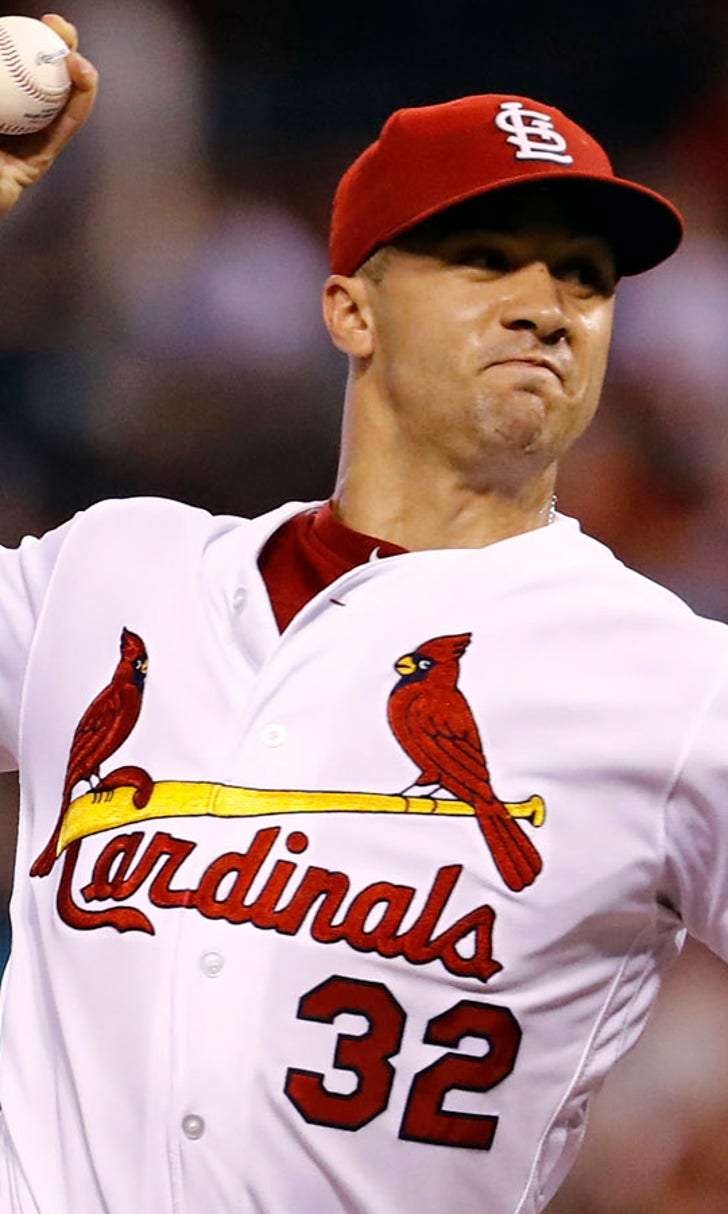 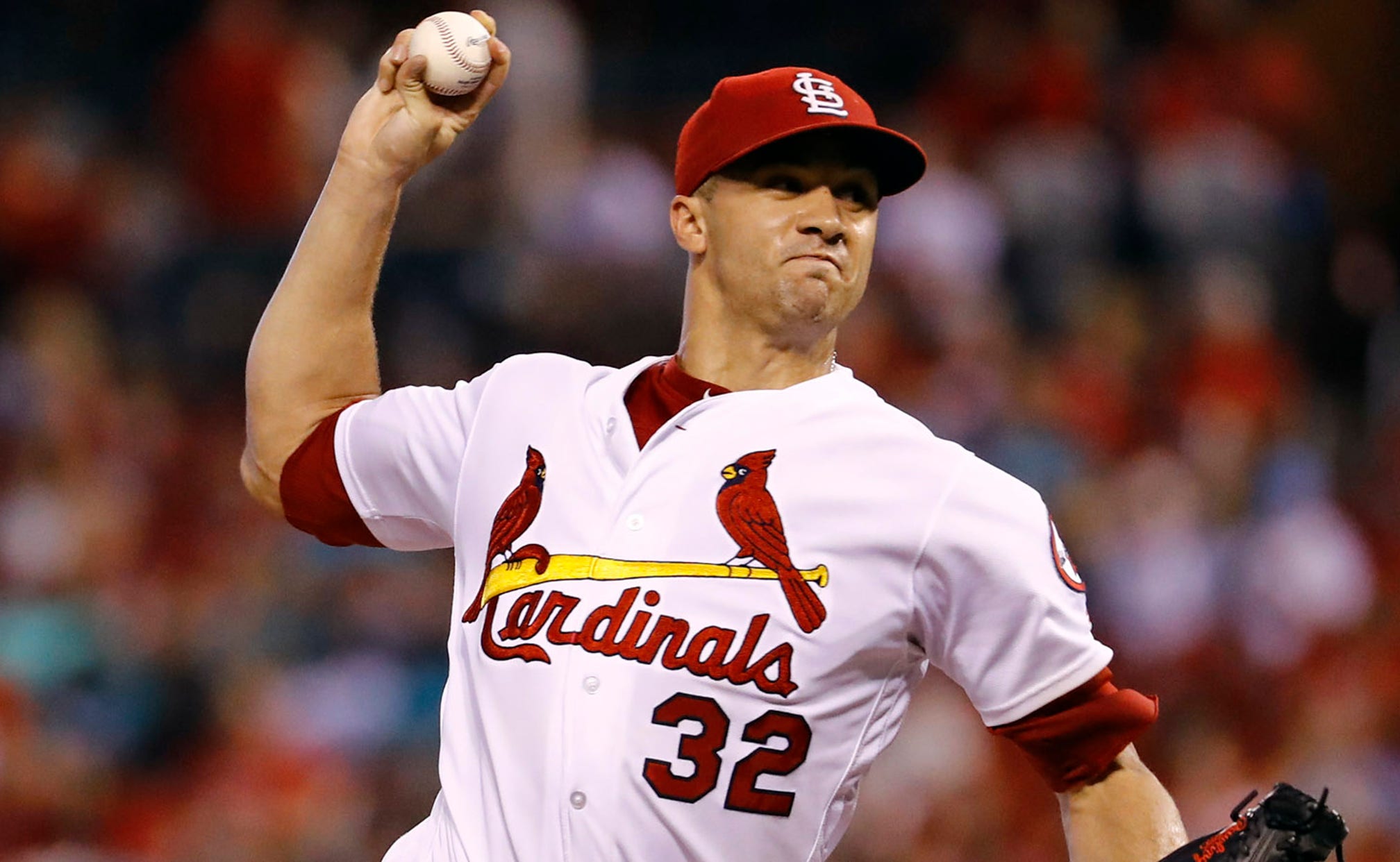 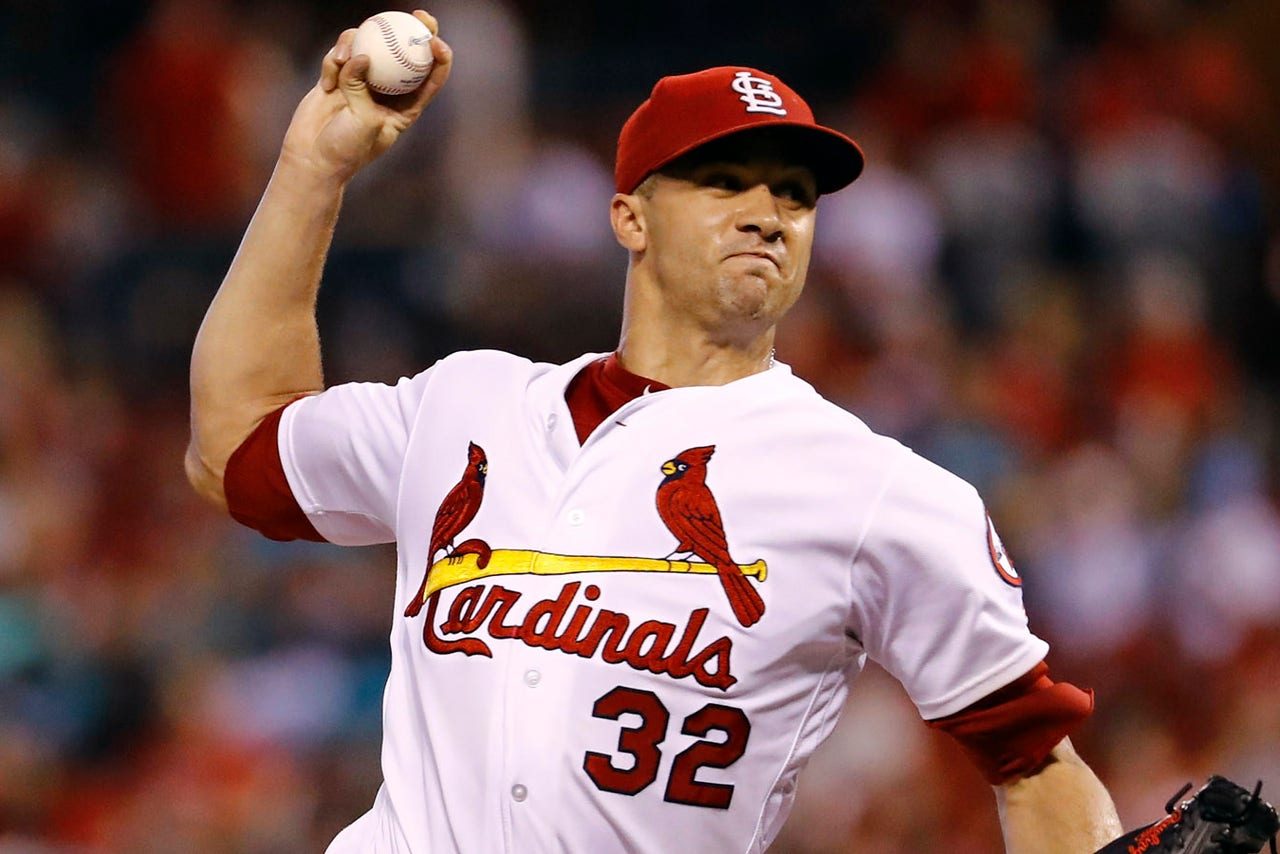 ST. LOUIS — In a pivotal series for the Dodgers, rookie Walker Buehler came through with a masterful performance.

Buehler allowed two hits in eight innings, Yasiel Puig homered twice and Los Angeles drew even with the St. Louis Cardinals in the NL wild-card race with a 3-0 victory on Friday night. The Dodgers also moved within one-half game of first-place Colorado in the NL West.

Buehler (7-5) pitched beyond the seventh inning for the first time and earned his first victory since Aug. 17. He retired the first 13 batters before Paul DeJong singled to left field. Harrison Bader singled later in the fifth for the Cardinals' only other hit.

"This was probably the best pitching performance of the year," Dodgers manager Dave Roberts said. "Not only Walker but across the board. Against a very good club in St. Louis on the road and obviously what's at stake right now for each game. He wanted this moment and just coming out firing. His command. Just domination. He kind of did what he wanted to do tonight."

Buehler struck out nine and walked two. In two career starts against St. Louis, the right-hander has not allowed a run and has 18 strikeouts in 15 innings.

"He's got some serious weapons," Cardinals manager Mike Shildt said. "He's throwing 97-98 (mph), with command. When you can locate your fastball, regardless of velocity, that's a nice weapon. Then you do it with that velocity and then you do it with some cut. And his cutter, at least from the side, it looked like it had some depth. Then second time through the lineup, start mixing in a changeup and hitting with that, that's a pretty potent weaponry right there."

The Dodgers and Cardinals are tied for the second NL wild-card position, four games behind Milwaukee for the top spot. But Los Angeles has its sights on the division crown and moved closer when the Rockies lost to San Francisco.

"Sometimes there's teams you match up well against," Buehler said. "It's hard to explain. It's just the way the game works and luckily tonight that worked out."

Puig homered in the second off Jack Flaherty (8-7) and connected again in the ninth off Tyler Webb. It was his second multi-homer game of the season.

"I was trying to do my best," Puig said through a translator. "He threw a fastball there and I was able to connect with it. I can hit lefties sometimes and right there I was trying to find something up in the zone. I wasn't expecting a home run but it happened."

In the seventh, Cody Bellinger scored on a passed ball by Yadier Molina.

Kenley Jansen hit Yairo Munoz with a pitch to open the ninth but retired the next three batters to finish the two-hitter, earning his 35th save in 39 opportunities.

Flaherty worked six innings, allowing one run on four hits with two walks and eight strikeouts. He has 168 strikeouts this season, the fourth-best total for a rookie in franchise history.

Flaherty after the #STLCards' loss to the #Dodgers: "I don't care about my line. I don't care about anything other than winning. It doesn't matter how I pitched. I didn't pitch well enough. He pitched better than I did." pic.twitter.com/DkYn9GJh9j

Dodgers: Relievers John Axford and Tony Cingrani were scheduled to pitch in the California Championship Series for Single-A Rancho Cucamonga on Friday night. "They're stacking the deck, trying to help them make their playoff push," Roberts joked. "They're supposed to go an inning each. We'll see how they come out of it. Our hope is to get these guys back." Axford could return to the majors after one appearance, while Cingrani (shoulder) would likely need more rehab work.

Cardinals: IF Jedd Gyorko is likely to return to the starting lineup Saturday, manager Mike Shildt said. He drew a pinch-hit walk in the eighth inning and was replaced by pinch-runner Adolis Garcia.

The Cardinals send right-hander John Gant (7-5, 3.16 ERA) to the mound Saturday afternoon to make his third career appearance against the Dodgers -- his first as a starter. Veteran lefty Rich Hill (8-5, 3.88) starts for the Dodgers.