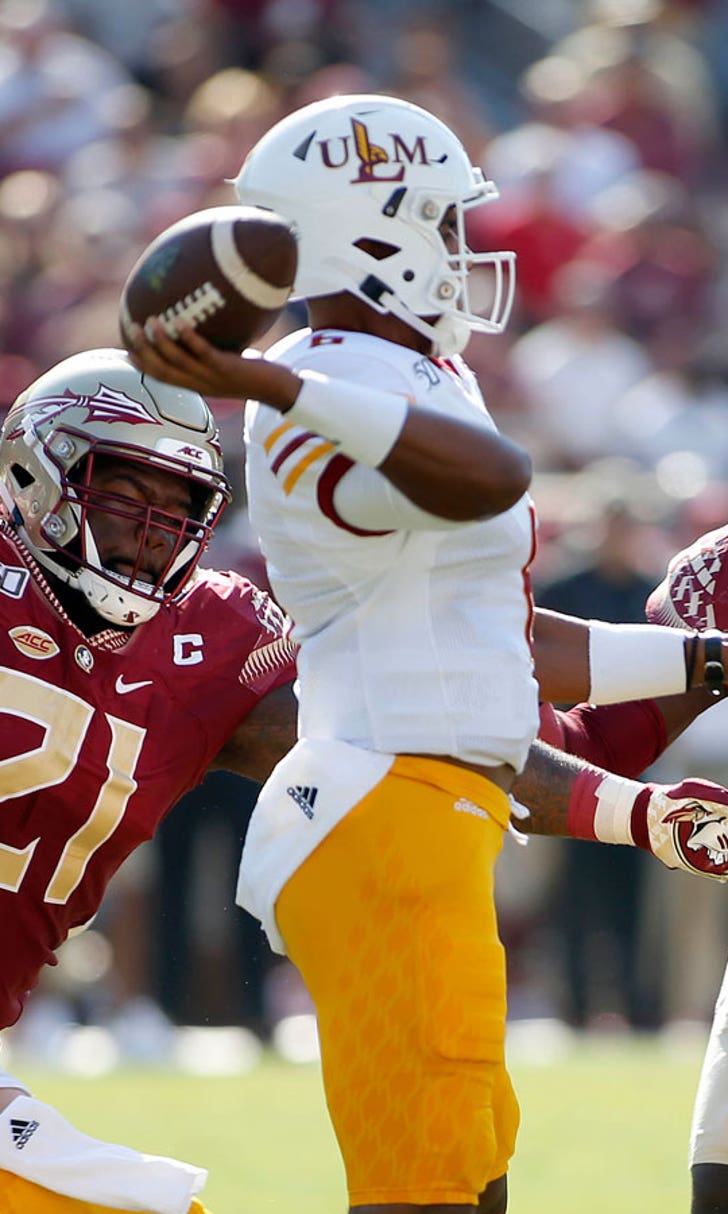 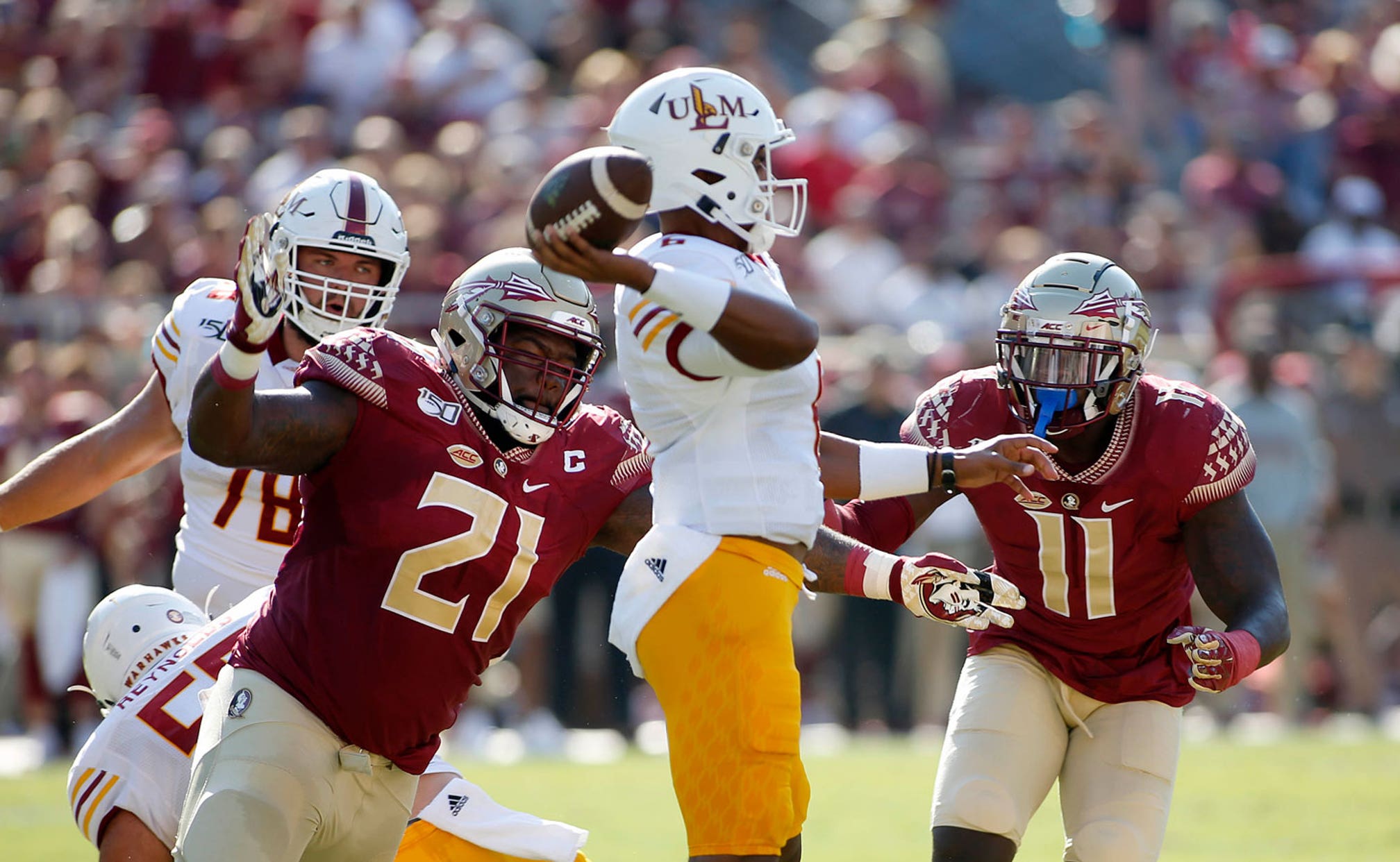 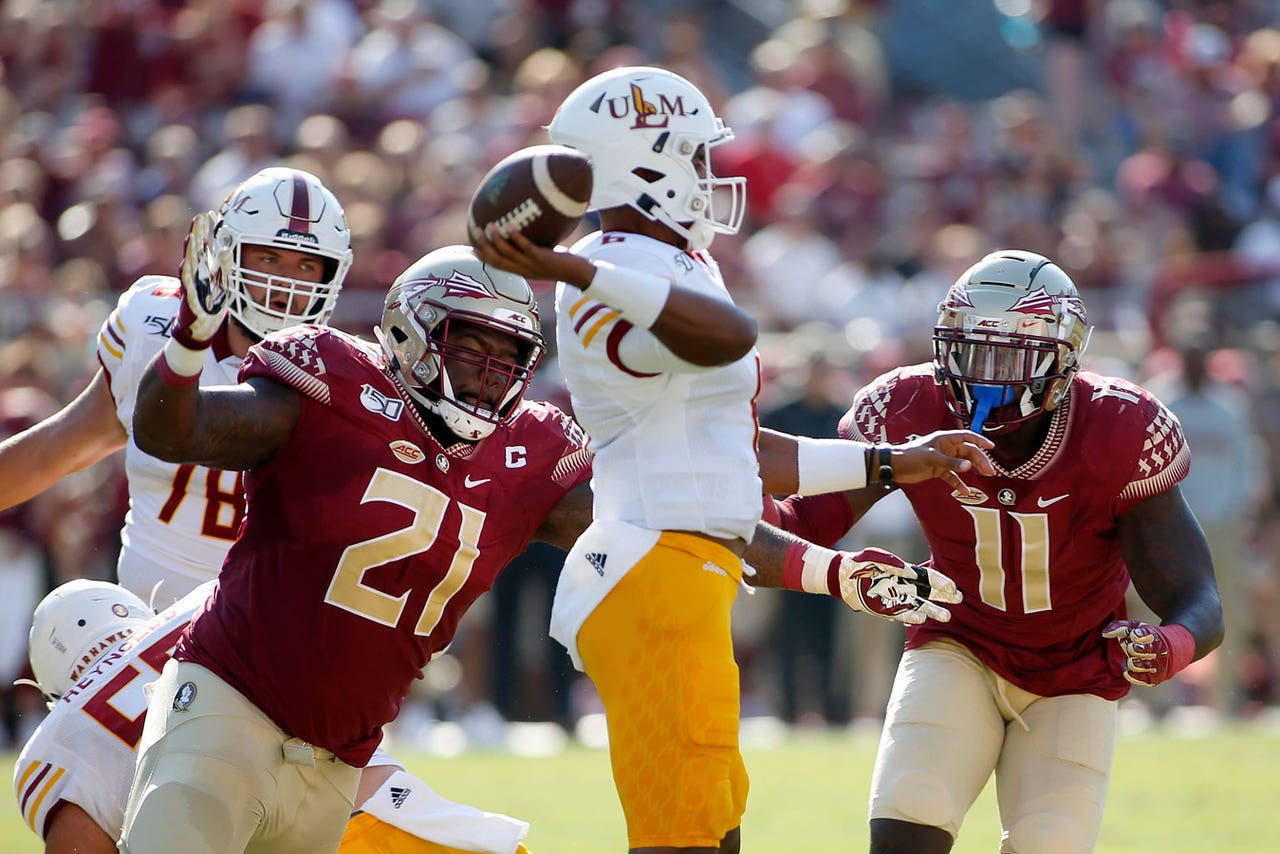 TALLAHASSEE, Fla. (AP) — Cam Akers had a program-record 36 carries, the final one a 4-yard touchdown, as Florida State defeated Louisiana Monroe 45-44 in overtime on Saturday.

Caleb Evans had a 5-yard touchdown run just moments later and the Warhawks went for the one-point conversion that would force a second overtime period, but Jacob Meeks missed the kick, setting off a celebration on the Seminoles' sideline and in the stands.

Akers, a junior tailback, ran for a career-high 193 yards and scored two rushing touchdowns. He also had a 44-yard TD reception for Florida State (1-1).

James Blackman completed 30 of 40 passes for 282 yards, three touchdowns and two interceptions for the Seminoles. He connected with nine receivers, throwing touchdowns to D.J. Matthews, Tre'Shaun Harrison and Akers.

But Blackman's mistakes were costly. The redshirt sophomore quarterback and receiver Tamorrion Terry miscommunicated on a third-quarter pass play as ULM's Corey Straughter jumped in front of a pass and ran 57 yards for a touchdown as the Warhawks cut the FSU lead to 24-14.

ULM (1-1) had four touchdowns and a field goal on its final six opportunities in regulation to force overtime. Meeks' 24-yard field-goal attempt with 1:30 left tied the game at 38.

Evans completed 23 of 38 passes for 241 yards and two touchdowns. Josh Johnson ran 26 times for 126 yards and a touchdown.

Blackman had a pair of first-half touchdown passes as Florida State had scored on its first three drives and led 24-7 at the half.

FSU was 10 of 19 on third-down conversions after converting on just 1 of 12 in the opener vs. Boise State.

ULM: The Warhawks made adjustments, accumulated 419 offensive yards and had Florida State on the ropes until the missed kick in overtime.

Florida State: The Seminoles escaped with a victory in a game where the school paid ULM $1.65 million to make the trip to Tallahassee.

Florida State: at Virginia on Saturday.

It's Beshore for Busch
As unforeseen as it might have been, Kyle Busch will have a new crew chief for the 2021 season. Bob Pockrass breaks it down.
8 hours ago