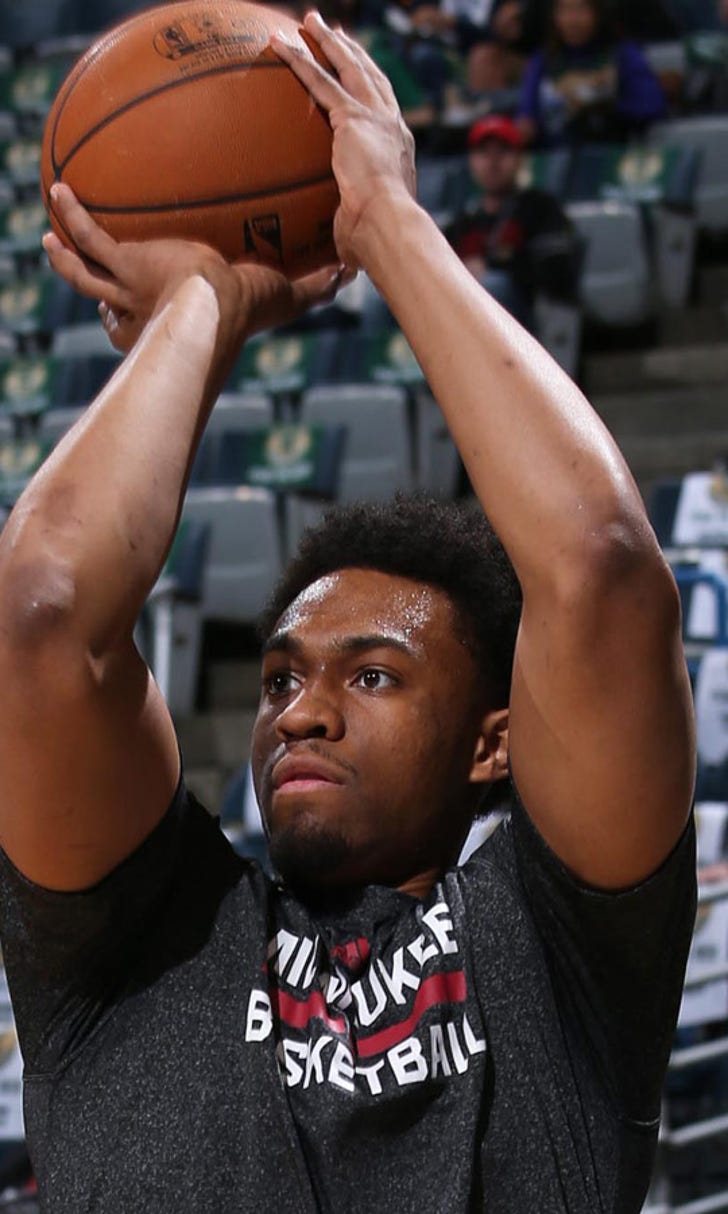 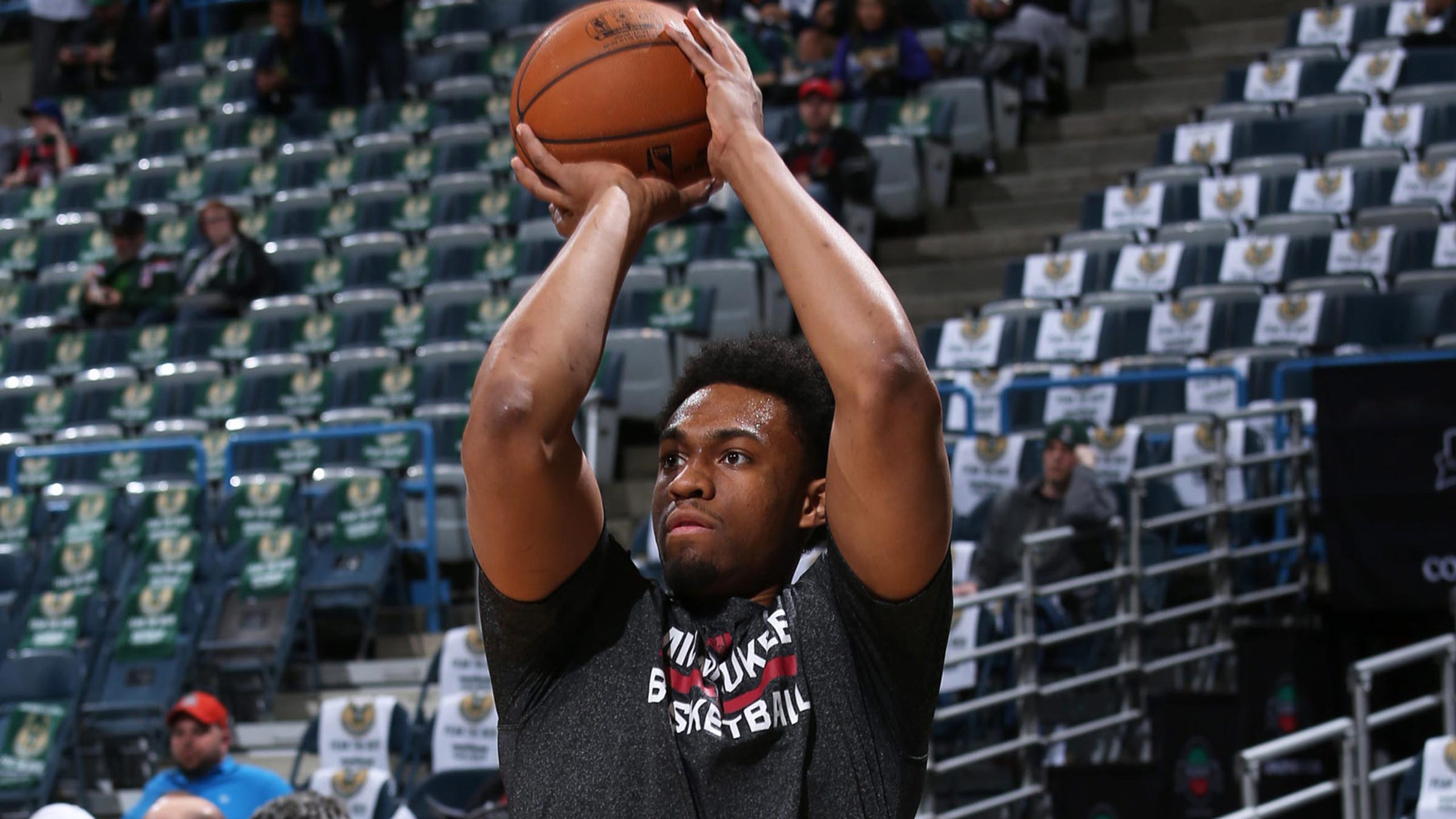 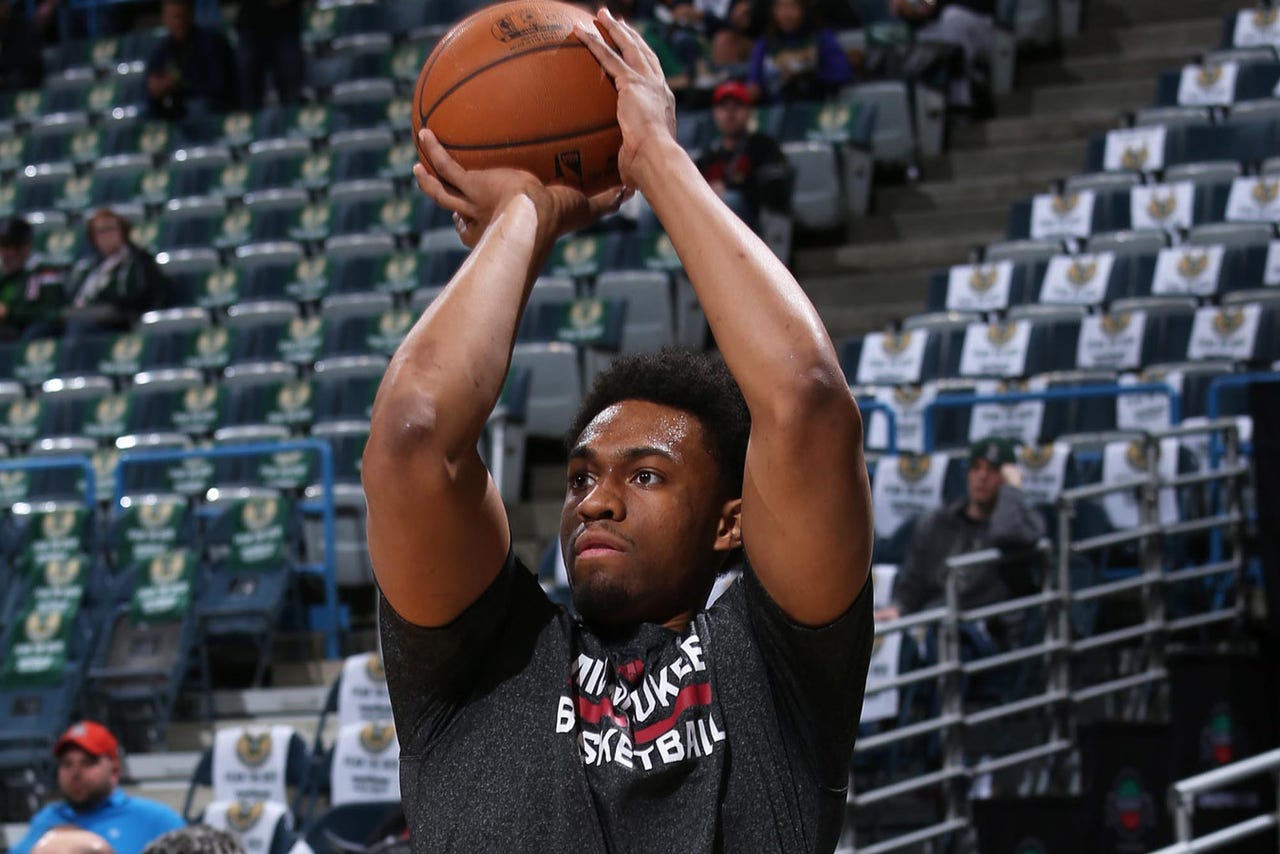 ST. FRANCIS, Wis. -- As the Milwaukee Bucks wrapped up their final practice ahead of the season-opener against the New York Knicks, coach Jason Kidd expressed confidence that the team will have last year's first-round draft pick Jabari Parker back in the lineup by early November.

"He looks great. He's done everything," Kidd said following the team's workout on Tuesday. "Hopefully, in that first couple of weeks of November, he can come back and start his process, his journey, of playing 10 to 15 minutes a night and hopefully getting his load bigger as the season goes on."

The Bucks have been taking a cautious approach with Parker, 20, as he continues to recover from surgery in January to repair a torn ACL in his left knee. Parker, the No. 2 overall pick in the 2014 draft, has been practicing with the team.

Milwaukee also will be without another of its young stars, forward Giannis Antetokounmpo, who was suspended for Wednesday night's opener for decking Mike Dunleavy of the Chicago Bulls during Game 6 of last season's first-round playoff series.

"We've got to make it work," guard Michael Carter-Williams said of Antetokounmpo's one-game absence. "We'll be ready with whoever replaces Giannis, whether it's (Chris Copeland) or whoever."

The Bucks will open at home for the first time since the 1984-85 season, when the team played at the Milwaukee Arena. The Bucks have played at the BMO Harris Bradley Center, now the league's third-oldest arena, since 1988.

Milwaukee Bucks
share story
those were the latest stories
Want to see more?
View All Stories
Fox Sports™ and © 2021 Fox Media LLC and Fox Sports Interactive Media, LLC. All rights reserved. Use of this website (including any and all parts and components) constitutes your acceptance of these Terms of Use and Updated Privacy Policy. Advertising Choices. Do Not Sell my Personal Info