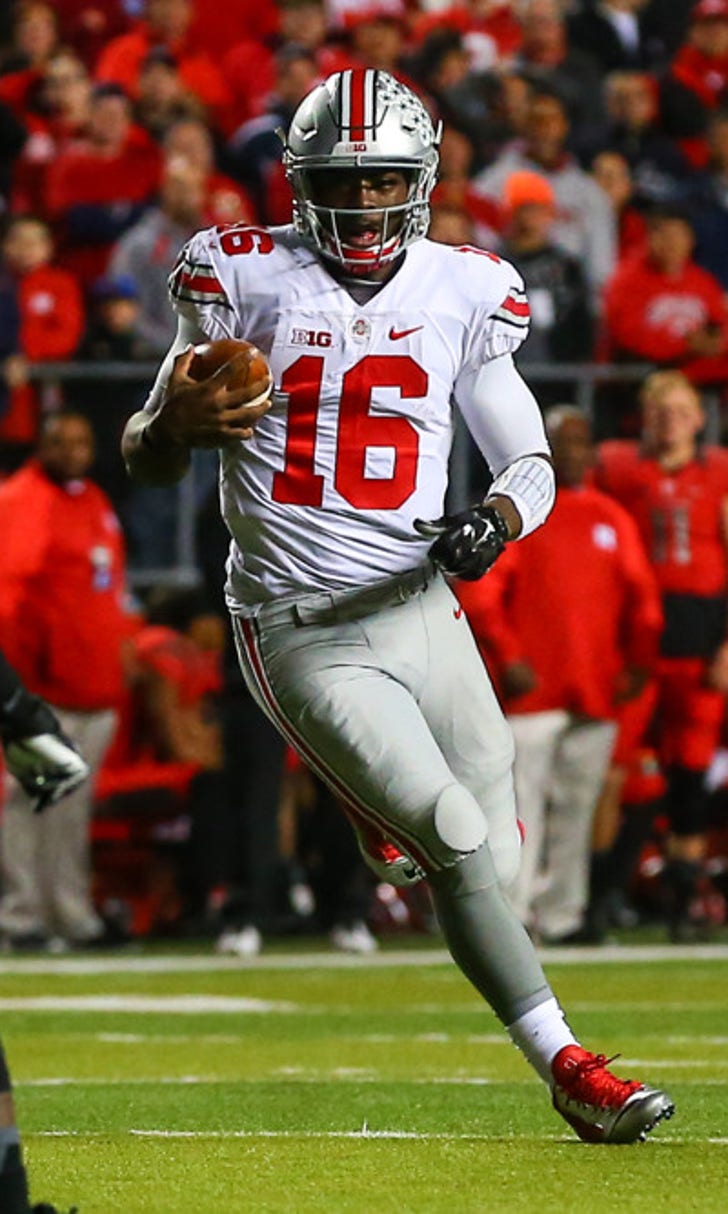 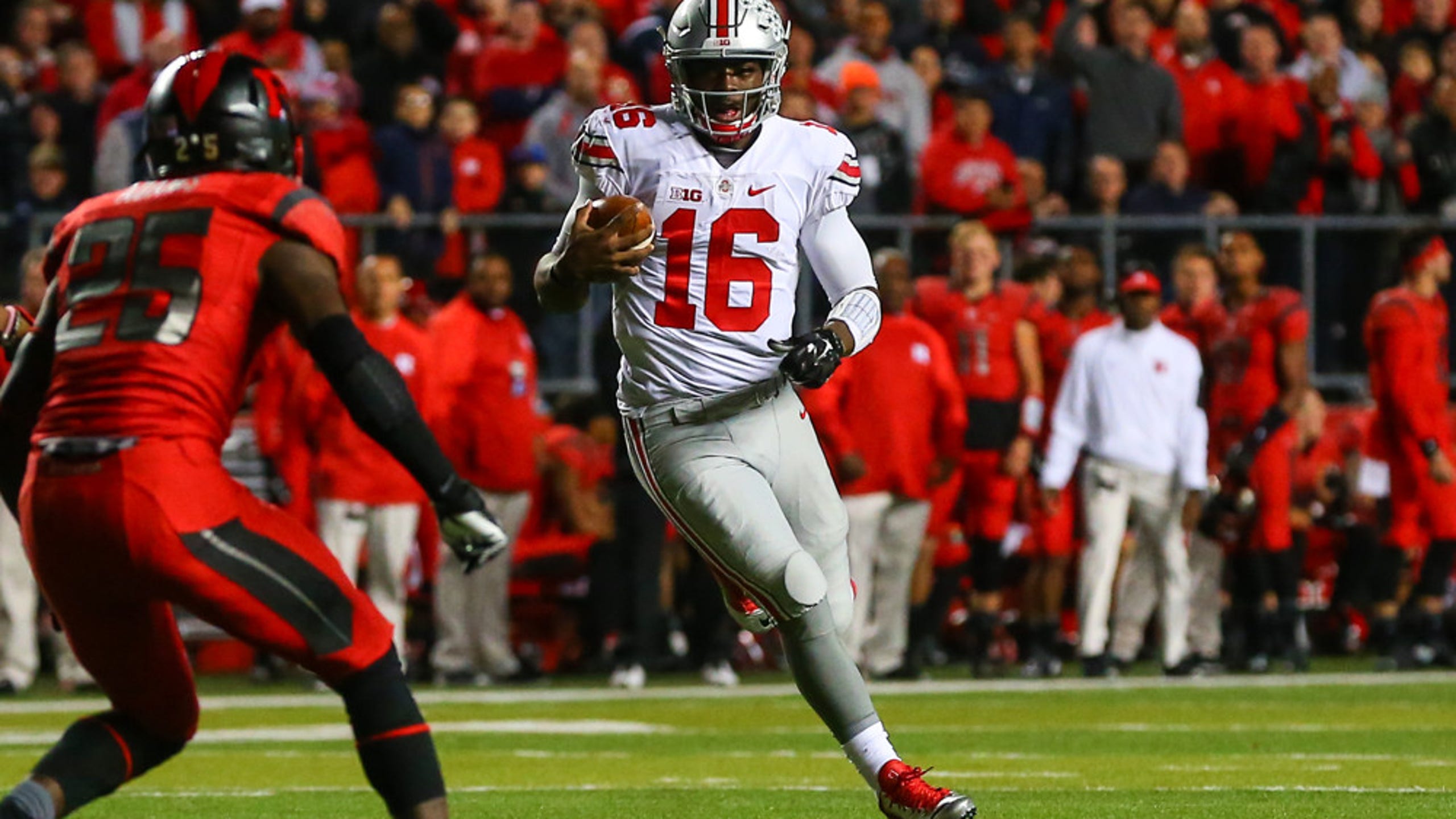 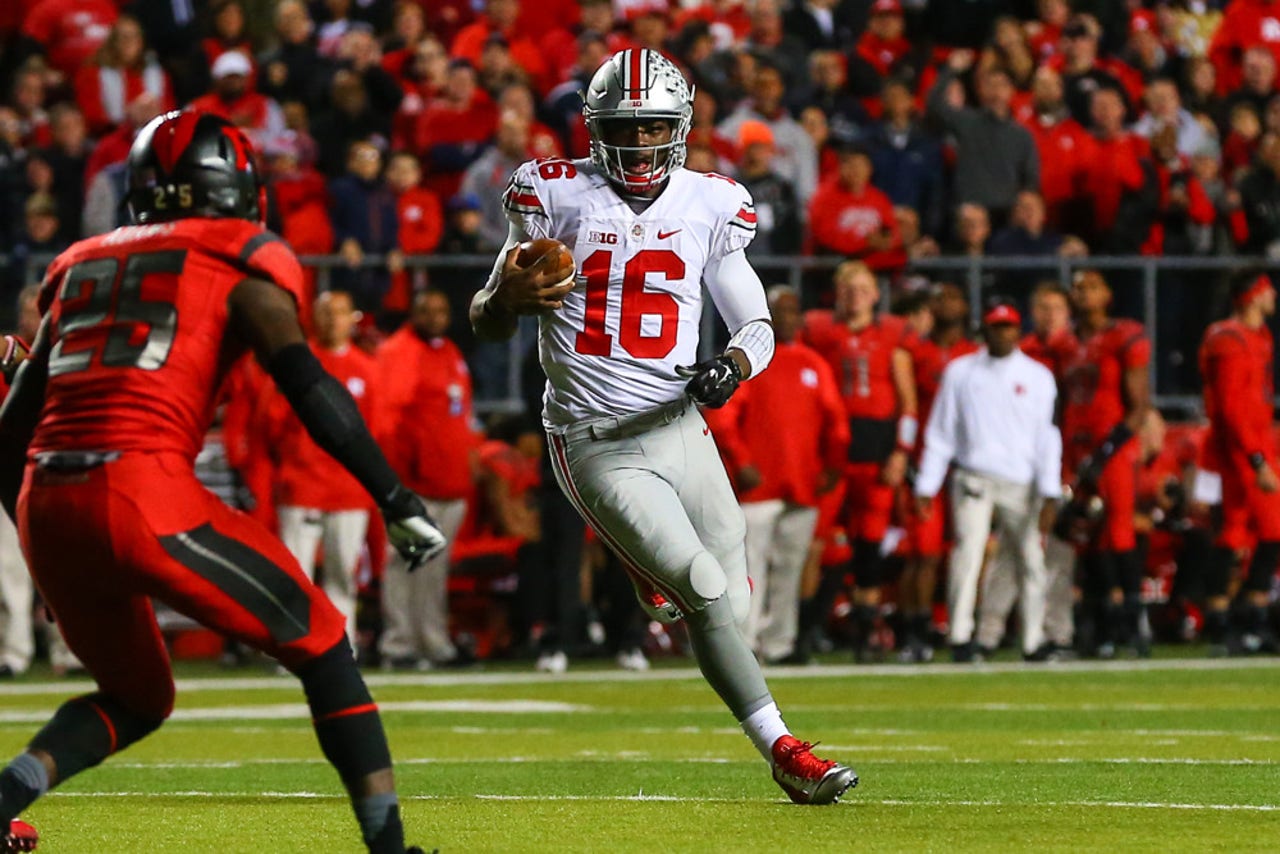 Just when it seemed that Ohio State's quarterback situation was settled, J.T. Barrett has been suspended for the top-ranked Buckeyes' next game after being cited with a misdemeanor offense of operating a vehicle under the influence.

The Buckeyes (8-0) are off this weekend and play at home against Minnesota next Saturday. The school's drug and alcohol policy would have required a two-game suspension for the 20-year-old Barrett if he had been charged with a felony. The misdemeanor charge gives coach Urban Meyer the discretion to pass down the punishment.

Barrett made his first start of the season last week against Rutgers, throwing for 223 yards and three touchdowns in a 49-7 win. Cardale Jones had started the first seven games after beating out Barrett in a closely watched preseason competition. Jones was spotty even as the Buckeyes remained undefeated. Barrett came off the bench against Maryland and Penn State to account for seven touchdowns and Meyer made the quarterback switch.

Barrett was the Big Ten player of the year last season, but broke his ankle in the regular-season finale against Michigan. Jones took over and led the Buckeyes to the College Football Playoff national championship.

Ohio State has been No. 1 since the preseason and its quarterback competition has been one of the biggest stories in college football. Jones was unveiled as the starter on Labor Day when the Buckeyes opened at Virginia Tech. Ohio State won that game, but the Buckeyes offense was inconsistent with Jones over the first half of the season.

He has thrown for 1,266 yards, seven touchdowns and five interceptions.

After Ohio State's last game against Rutgers, Meyer acknowledged that it was comforting to go into the Buckeyes' open date with the quarterback situation seemingly resolved.

Now it's back to Jones for Minnesota. Ohio State plays at Illinois the next week before finishing the season against No. 6 Michigan State and at No. 15 Michigan.