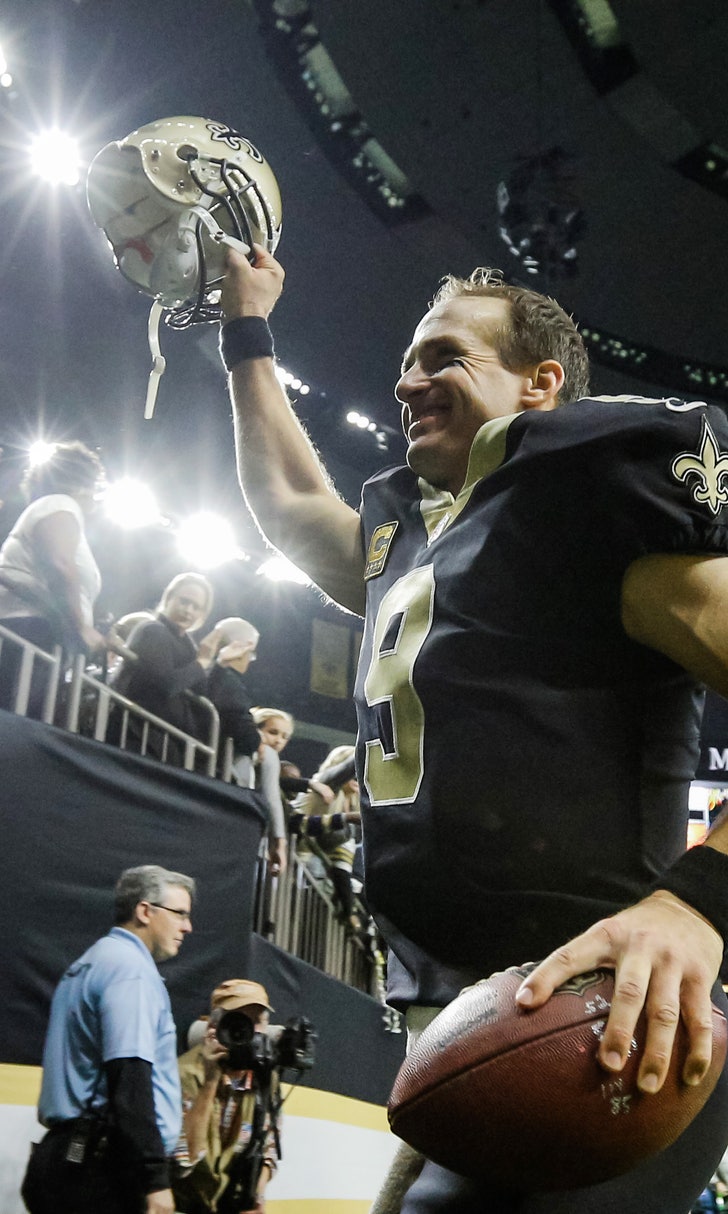 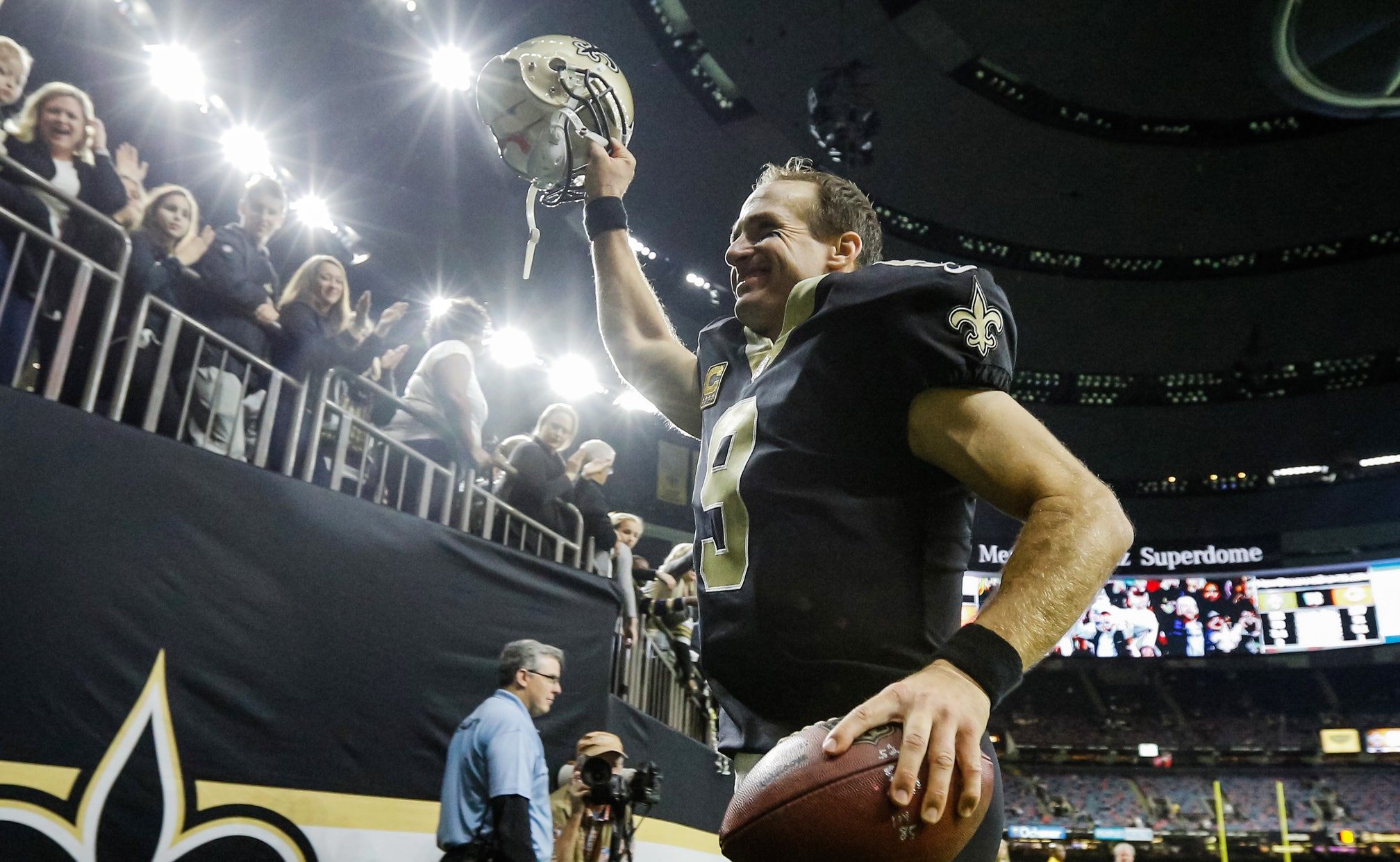 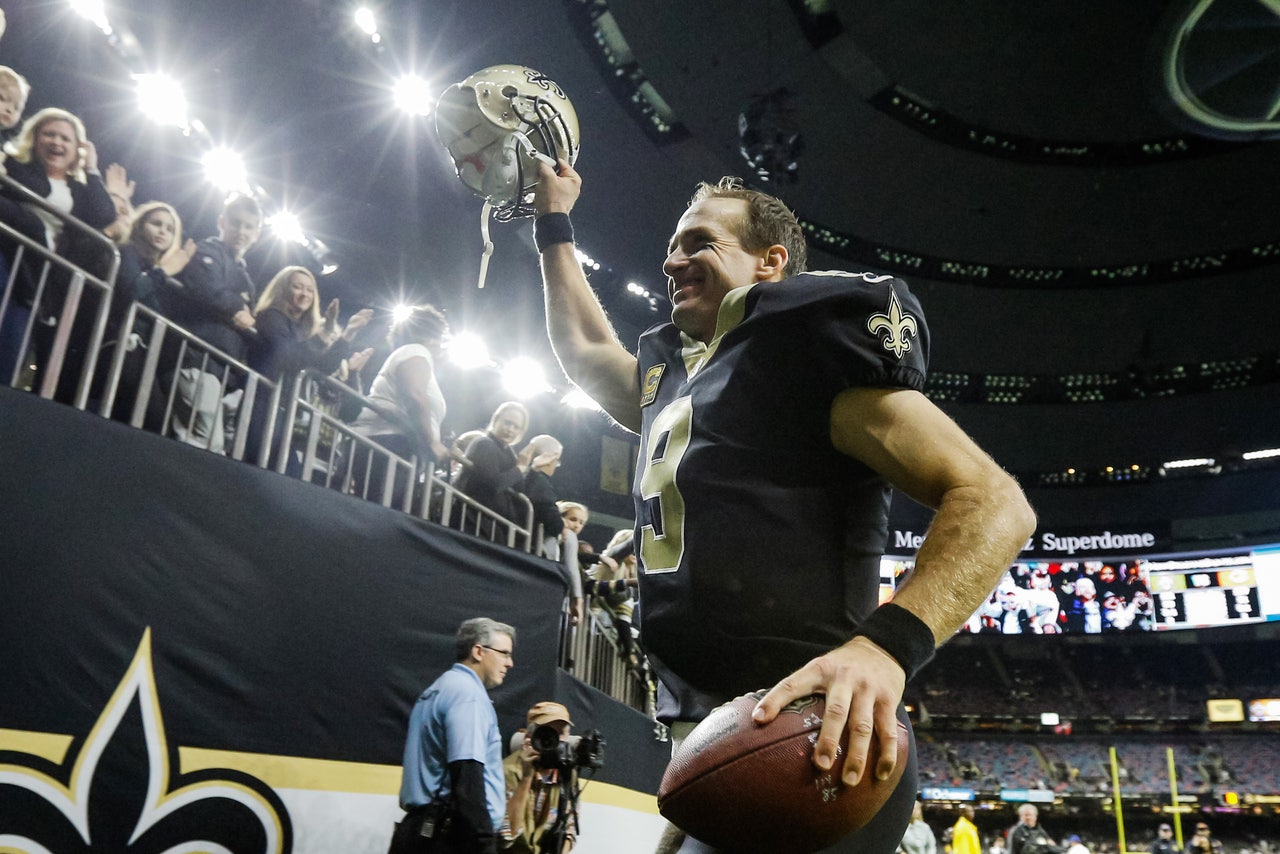 New Orleans' defense came up with a fourth-down stop and rookie Marshon Lattimore's interception on its final two series.

Kicker Wil Lutz hit from 45 and 49 yards in the second half, hitting the longer kick inside the final two minutes.

Frequent clutch performances in all phases allowed the surging Saints to once again overcome some potentially disastrous mistakes and win their fifth straight, 20-12 over the feisty Chicago Bears on Sunday.

"This was encouraging because I think in the past there's been very little room for error," said Brees, who completed 23 of 28 passes for 299 yards without an interception against a Bears defense that ranked sixth against the pass. "While it's frustrating that I don't feel like we're playing our best football -- really, anywhere near our best football -- we're still finding ways to win."

Running backs Mark Ingram and Alvin Kamara each ran for touchdowns for New Orleans (5-2). Ingram finished with 99 yards from scrimmage, including 75 on the ground, but his two late fumbles kept the Bears (3-5) in the game into the final minutes.

"I was terrible. I let my teammates down, put us in a bad position," Ingram said. "The game was only close because I sucked."

Kamara had 76 yards from scrimmage -- 48 receiving, including his 34-yard, back-shoulder catch along the sideline in the fourth quarter.

The Saints were threatening to score both times the Bears stripped the ball from Ingram.

"We found a way to make it interesting," Payton said. "To turn the ball over like we did, you don't deserve to win games like that."

Chicago converted the first fumble into its only touchdown with 3:43 left on Tarik Cohen's short dive over a pile of players at the goal line. The second turnover occurred with a little more than two minutes left on the Bears 30, but Chicago was unable to get a first down as rookie Mitchell Trubisky's fourth-and-1 pass fell incomplete.

Bears coach John Fox said he considered running the ball, which is his team's strength, but stopped short of expressing regret over his decision.

Chicago had one more chance to tie after Lutz's field goal with 1:35 left, but Lattimore's interception ended that threat.

"It's hard to predict a rookie's growth. But he has got exceptional ball skills and a lot of confidence," Payton said of Lattimore.

Trubisky completed 14 of 32 passes for 164 yards in his fourth start. Chicago's Jordan Howard had 102 yards rushing on 23 carries.

"We're getting closer as an offense. Nobody has their heads down," Trubisky said. "I'm really excited for where this team is headed."

In the third quarter, Chicago had a TD overturned on video review after Zach Miller's 25-yard catch, during which the tight end's left leg bent unnaturally as he landed. As Miller was carted off the field with what Fox said was a dislocated knee, officials ruled that replay showed the ground caused the ball to loosen in Miller's grasp as his upper body crashed to the turf.

On the game's opening possession, Chicago's defense was offside on a field goal attempt, putting New Orleans' offense back on the field. The result was Kamara's 8-yard touchdown run.

Later, Trubisky took a third-down sack by end Trey Hendrickson in Saints territory. That pushed back Connor Barth's field goal attempt to 48 yards, and he hooked it.

"We were able to hit them a time or two," said Brees, who became the NFL's fastest to 6,000 completions, reaching the milestone in his 240th game. "We were also making some big plays down the field. ... We're going to call (downfield passes), and if they're there, we'll take the shots."

Fox said Miller was taken from the game to hospital to have his knee injury treated.

"He'll be in our thoughts and prayers on our flight home," Fox said.

Bears: Chicago gets its bye week before hosting Green Bay on Nov. 12.

Sean Payton Is The NFL's QB Whisperer
Sean Payton has a body of evidence that suggests he knows exactly what he’s doing when it comes to the QB position.
4 days ago 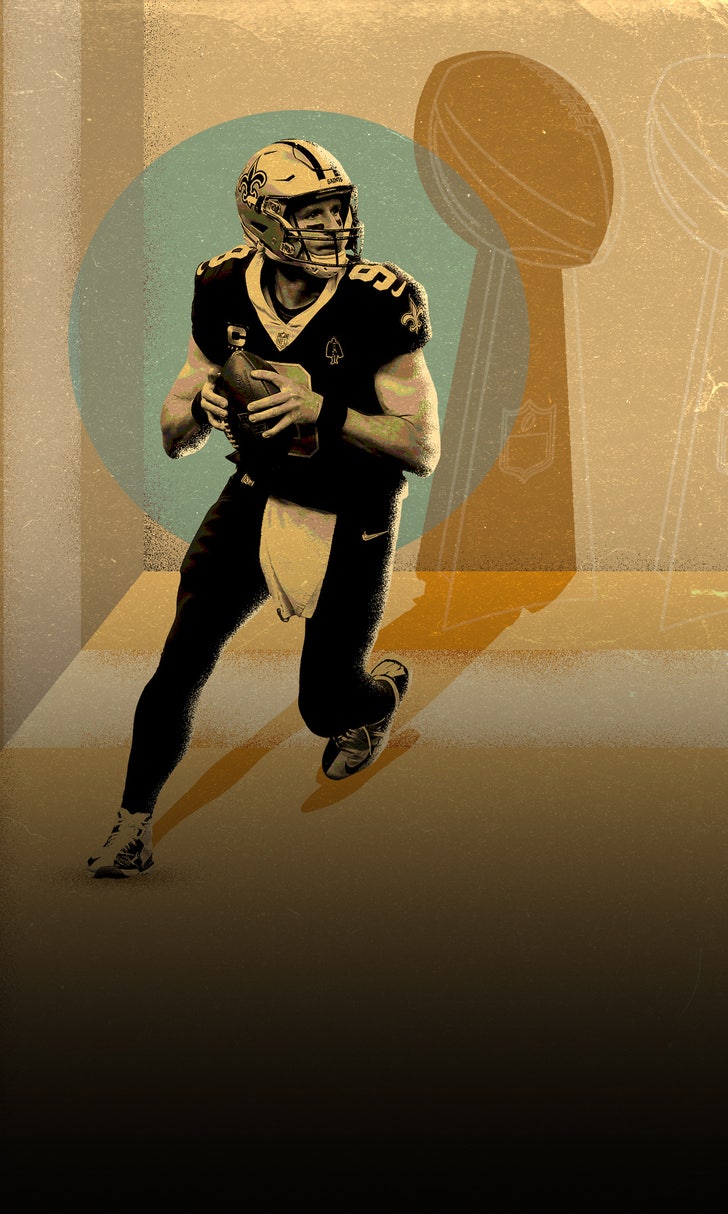 Breezing Along
Drew Brees and the Saints have wrestled away control of the NFC South. Can they be sneaky Super Bowl contenders?
November 10 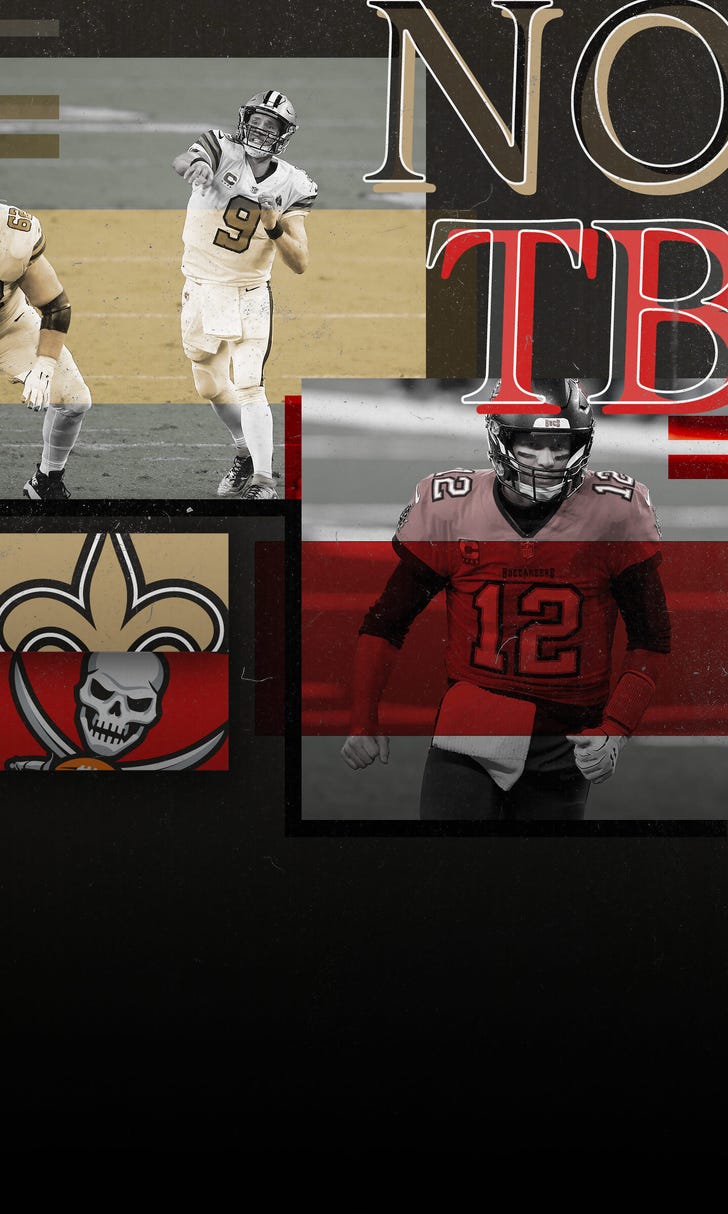 Brees, Saints Flatten Buccaneers
What was supposed to be a legendary duel between Drew Brees and Tom Brady turned into a Sunday night demolition.
November 8 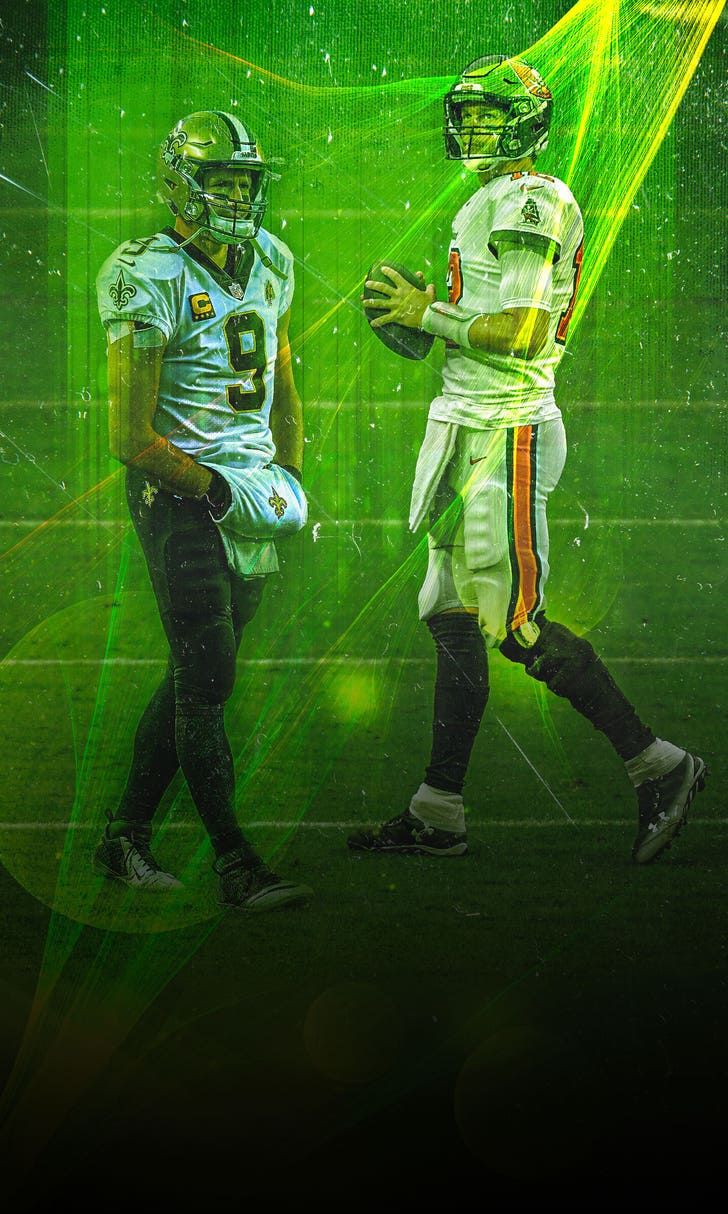 Legacy Play
Tom Brady and Drew Brees will add another chapter to their inherent rivalry in Sunday's crucial NFC South matchup.
November 5
those were the latest stories
Want to see more?
View All Stories
Fox Sports™ and © 2020 Fox Media LLC and Fox Sports Interactive Media, LLC. All rights reserved. Use of this website (including any and all parts and components) constitutes your acceptance of these Terms of Use and Updated Privacy Policy. Advertising Choices. Do Not Sell my Personal Info