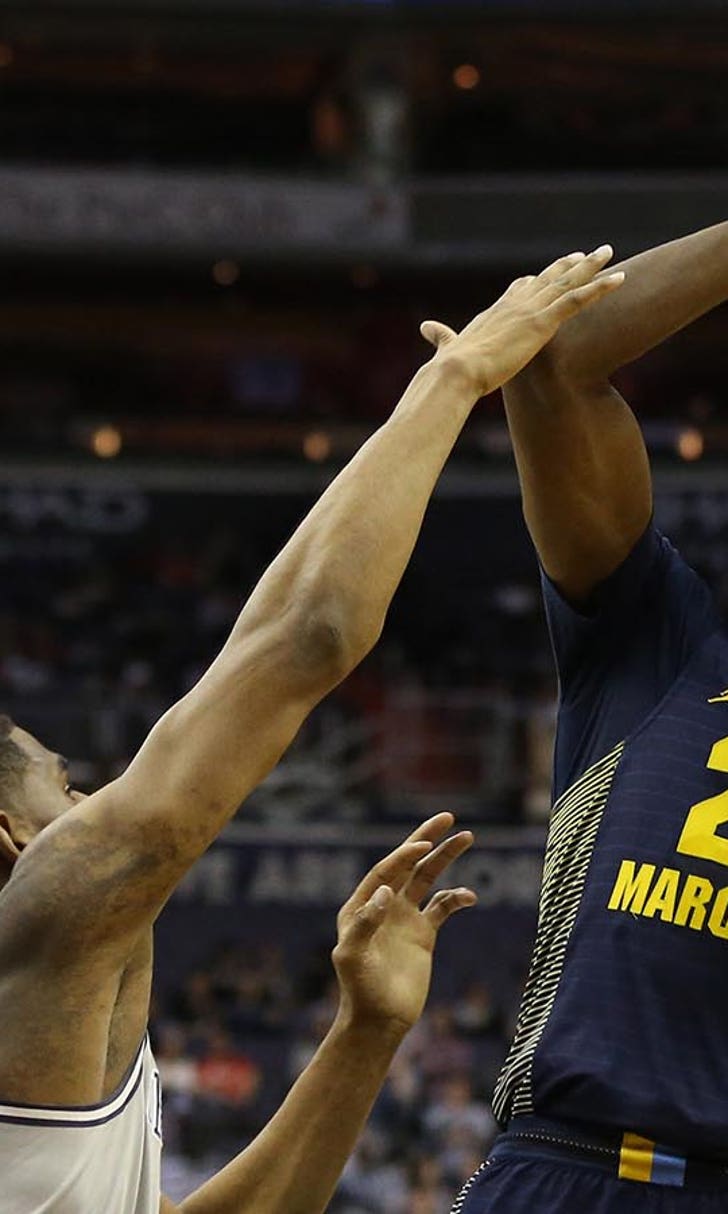 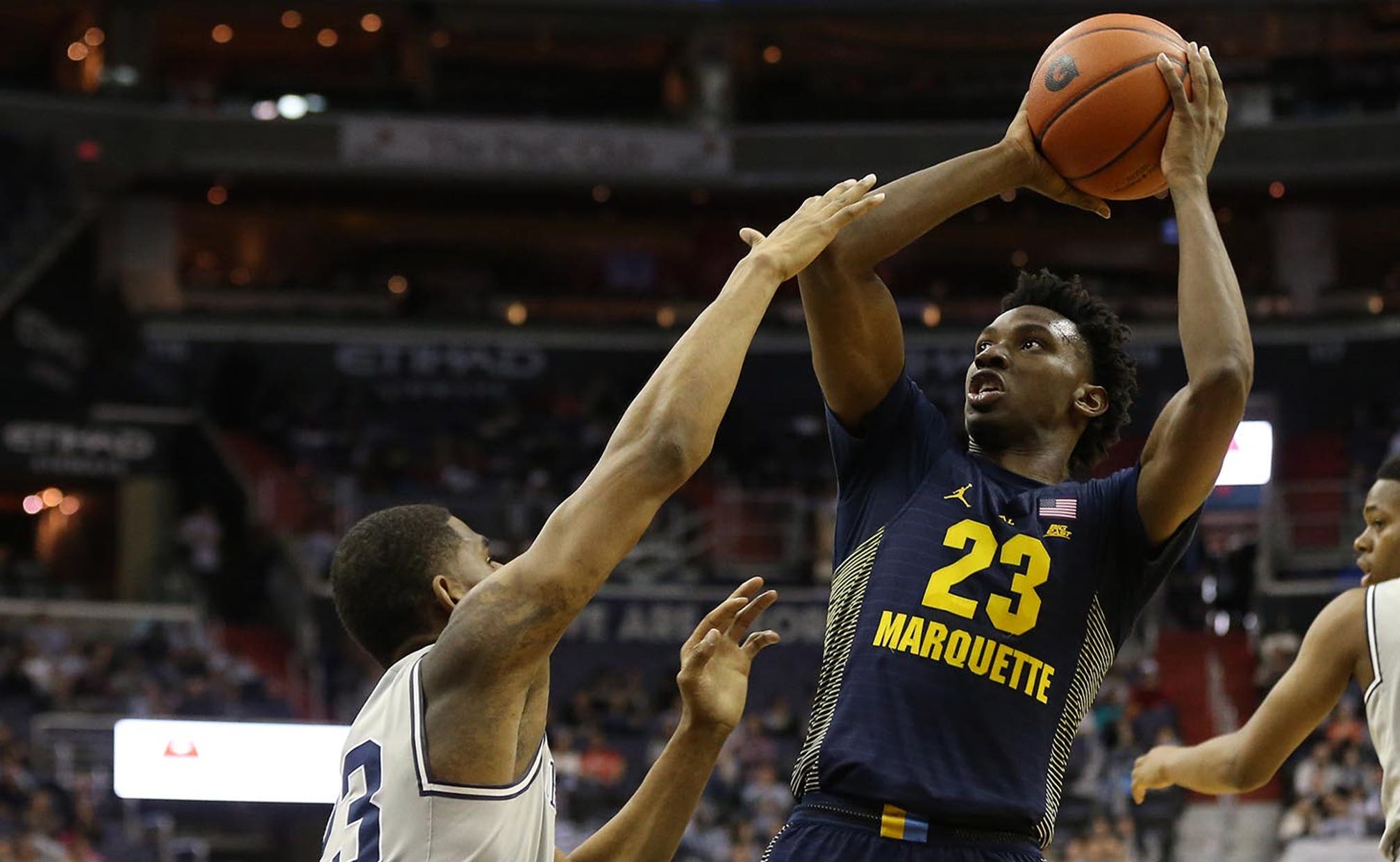 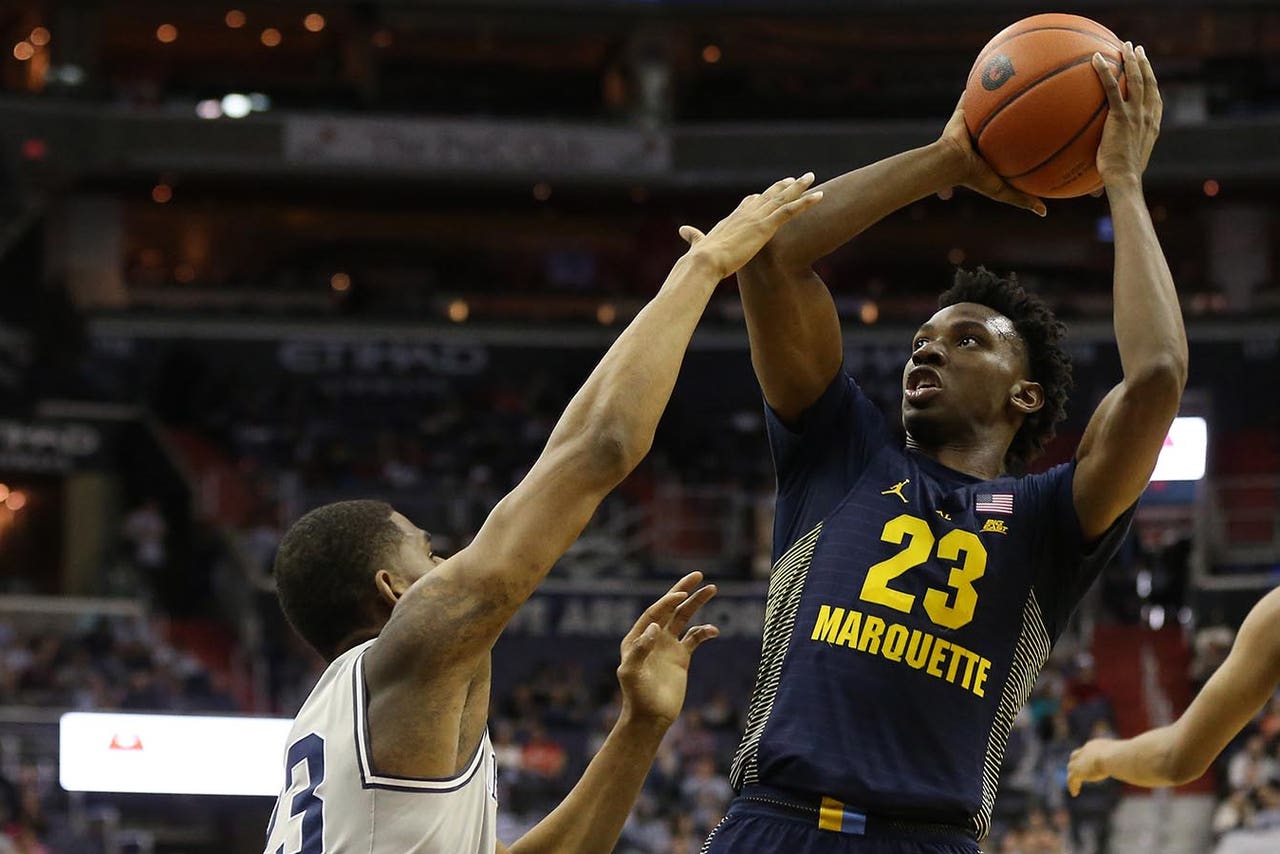 Selection Sunday will be here before you know it. But luckily for the Marquette Golden Eagles, there is plenty of basketball to be played.

Marquette (15-10, 6-7 Big East) has lost two straight games and four of its last five. But the Golden Eagles are still hanging on to NCAA Tournament hopes, thanks in large part to their 74-72 win over then-No. 1 and current No. 2 Villanova on Jan. 24. Big East rival Butler joined Marquette as the only two teams to knock off the Wildcats this season.

Marquette’s Rating Percentage Index (RPI), which ranks teams based on wins, losses and strength of schedule, currently sits at No. 82. The team boasts two wins over RPI Top 25 teams (Villanova, Creighton) and has another quality win over Seton Hall (RPI No. 45).

Out of 87 brackets polled across the internet, Marquette appears in 53 of them. ESPN's Joe Lunardi placed Marquette as an 11-seed facing Clemson in the "First Four" play-in game with the winner awarded a first-round matchup with 6-seed Maryland. USA Today and CBS Sports finished their brackets without writing Marquette in.

With five conference games remaining, Marquette will likely have to win at least three of them and have a good showing in the Big East tournament to feel confident on Selection Sunday. Its best chance for another high-quality win comes against current No. 20 Creighton on March 4.

Stats courtesy of bracketmatrix.com and foxsports.com

$1 Million Shot
With one clutch 3-pointer, 38-year-old Travis Diener made himself and his TBT teammates quite a bit richer.
July 15
those were the latest stories
Want to see more?
View All Stories
Fox Sports™ and © 2020 Fox Media LLC and Fox Sports Interactive Media, LLC. All rights reserved. Use of this website (including any and all parts and components) constitutes your acceptance of these Terms of Use and Updated Privacy Policy. Advertising Choices. Do Not Sell my Personal Info