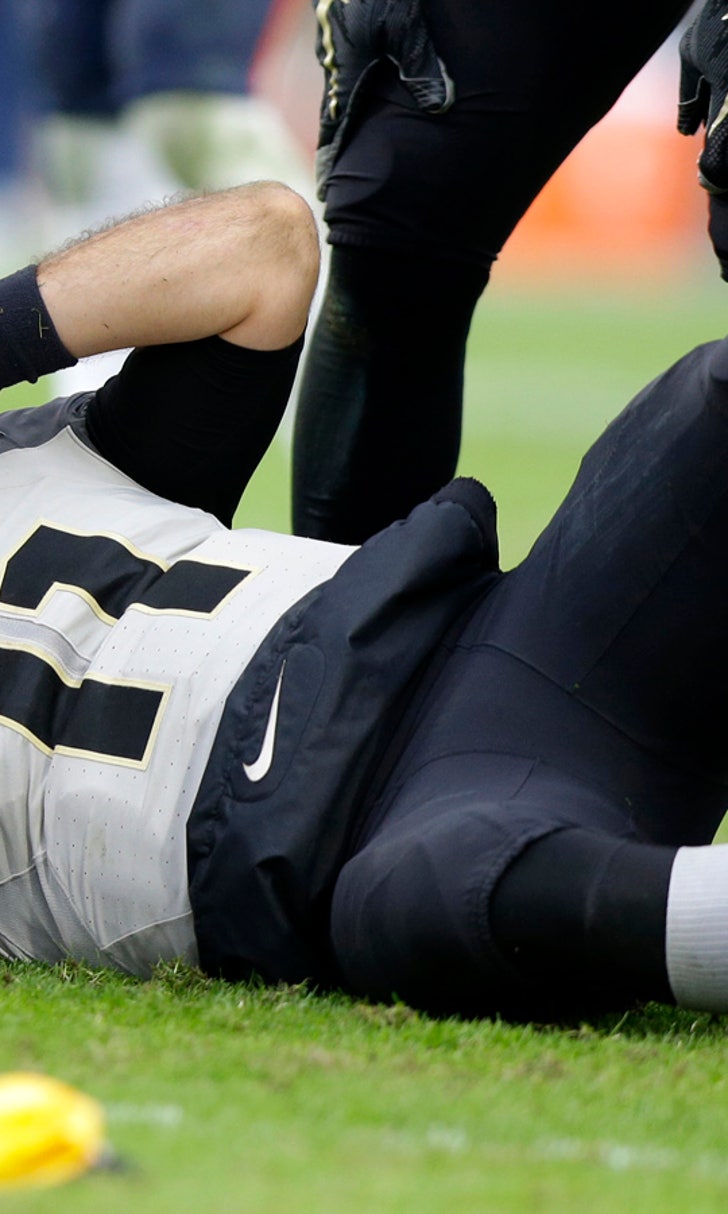 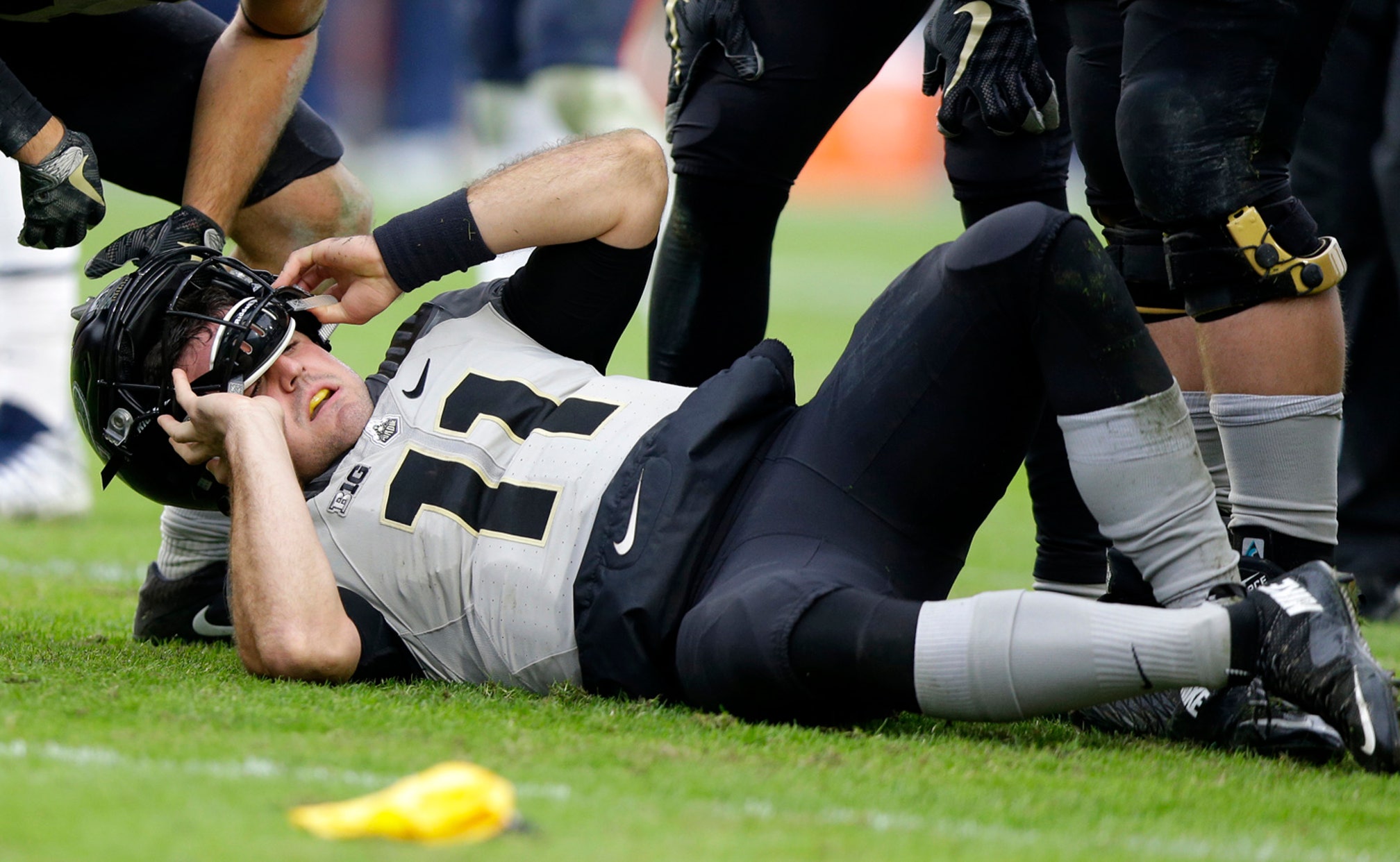 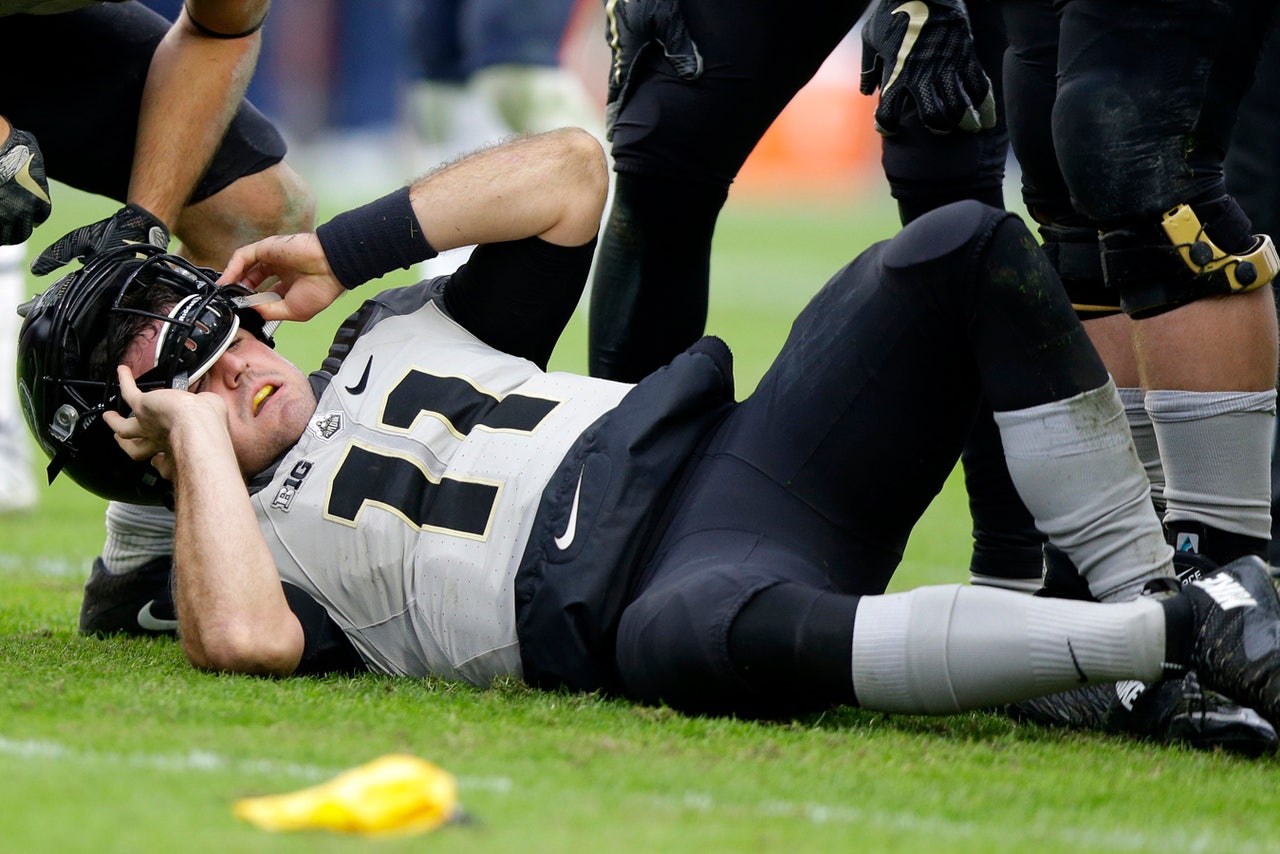 Such is the case for Purdue after snapping a three-game losing streak Saturday with a 29-10 victory against Illinois in Ross-Ade Stadium.

Junior quarterback David Blough, who led the Big Ten in passing in 2016 and was 16 of 24 for 194 yards against the Illini, suffered a severe and likely season-ending leg injury with 12:27 remaining when tackled by free safety Stanley Green inside the Illinois 5-yard line.

Blough was carted off the field while sitting upright and pumping his fist to exhort the crowd. He left the stadium by ambulance.

"I thought our defense did a good job," said Purdue linebacker Ja'Whaun Bentley, who had 12 tackles, including 2.5 sacks. "Of course, it wasn't perfect. We still have some things to clean up. The second half, we're just trying to finish games. That has been our focus the past several weeks.

"Seeing us do that against what I think is an underrated football team, I feel good about that. All year, our red zone defense has been our strongest -- kind of bend but don't break," Bentley said

The Purdue victory snapped a streak of five consecutive games in this series in which the visiting team came away with a victory, including the Boilermakers' 34-31 overtime victory last season in Champaign, Ill.

The Boilermakers, who rushed for 209 yards on 44 carries, put this one away with 6:12 to play on Richie Worship's two-yard run after strong safety Jacob Thieneman's interception of Jeff George at the Purdue 47.

"Our defense really got better as the game went on," said Brohm, whose defense limited Illinois to 91 yards of total offense in the second half. "Earlier, we were not as sharp, and they were able to hit some big plays on us."

Purdue outgained Illinois 435 yards to 250, even though the Boilermakers were only 5 of 13 on third-down conversions.

"Throughout the course of the season, we've played good halves," Illinois coach Lovie Smith said. "Being able to put two halves together is what we're lacking right now. We haven't been able to figure that out. We have a couple of injuries and are a beat up team right now."

With 11:37 left to play and the Boilermakers just 50 seconds removed from the Blough injury, backup quarterback Elijah Sindelar threw a three-yard touchdown pass to Cole Herdman, capping a 12-play, 91-yard drive that extended the Purdue lead to 22-10 when a two-point conversion run failed.

"Really, David's injury fueled the fire for us," Herdman said. "We got jacked up. We wanted to punch it in ... didn't want to throw the ball. We just wanted to run it down their throat. It really gave us energy because we wanted that touchdown for David."

The Boilermakers increased their lead to 16-10 with 3:47 remaining in the third quarter on J.D. Dellinger's 30-yard field goal. Blough's 37-yard completion to Jarrett Burgess set up Dellinger's second field goal of the day.

Purdue took a 13-10 halftime lead on Spencer Evans' 42-yard field goal on the second quarter's final play, capping an eight-play, 50-yard drive after Illinois had pulled even at 10-10 on Chase McLaughlin's 31-yard field goal with 1:06 to go in the first half.

The Boilermakers scored first on D.J. Knox's 33-yard run with 10:24 left in the first quarter. Purdue drove 68 yards on seven plays -- all on the ground -- to go up 7-0. Knox led the Boilermaker ground game with 14 carries for 85 yards. Worship carried 10 times for 44 yards and like Knox, had a touchdown carry.

Illinois countered with Jeff George's eight-yard touchdown pass to Louis Dorsey with 4:34 remaining in the first quarter. That drive covered 75 yards in 12 plays.

Purdue's 31 first-half plays netted 184 yards while Illinois ran 31 plays during the first 30 minutes for 159 yards. The Boilermakers outrushed the Illini 111-67 in the first two quarters.

Illinois: The Illini defense is competitive, but sustaining nine tackles for loss and committing nine penalties for 66 yards all but shut down the offense. Illinois' defense tired in the second half, and the offense -- rotating quarterbacks George and Cam Thomas -- was shut out during the final 31:06.

Purdue: The Boilermakers continue to display strong second-half defense and a solid running game, but with the injury to Blough, the future of the offense is uncertain, although running backs Worship and Markell Jones have been impressive.

Illinois entered the game ranked 108th in rushing defense and had four Boilermakers run for at least 36 yards against them on Saturday. Purdue's 209 yards on the ground is the third-highest total in Brohm's first year with the Boilermakers.

Illinois has started 16 true freshmen this season, the most in the nation and an Illini school record.