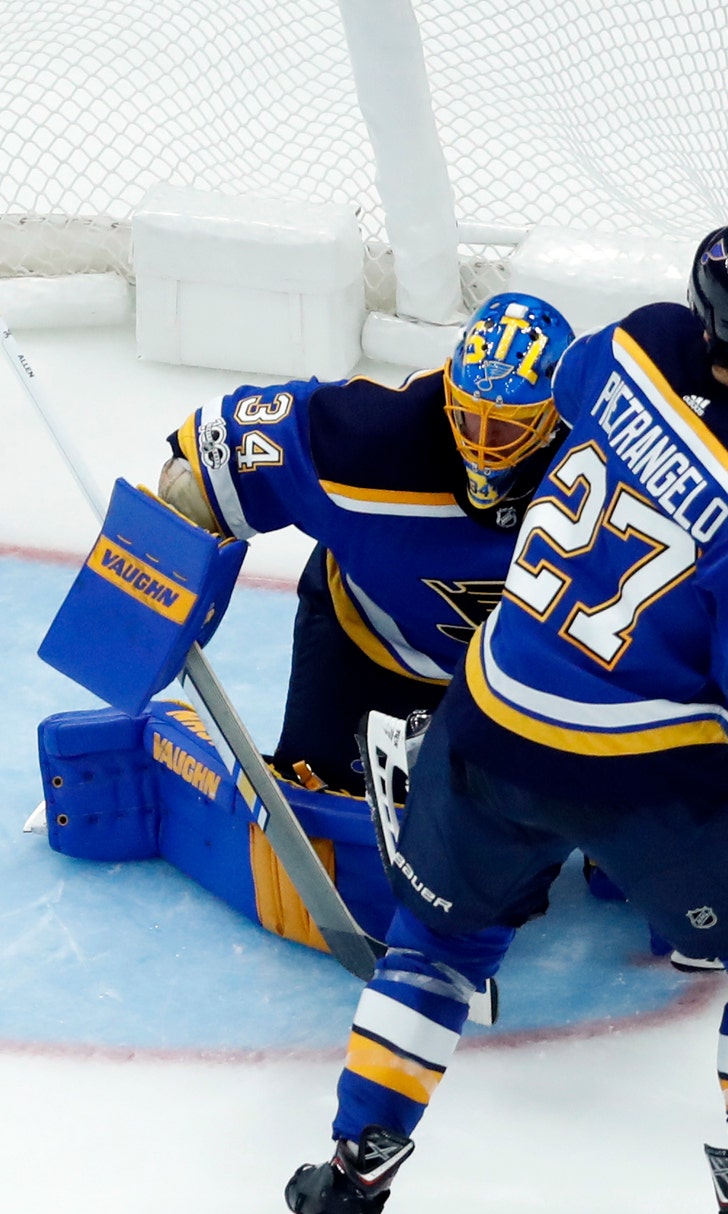 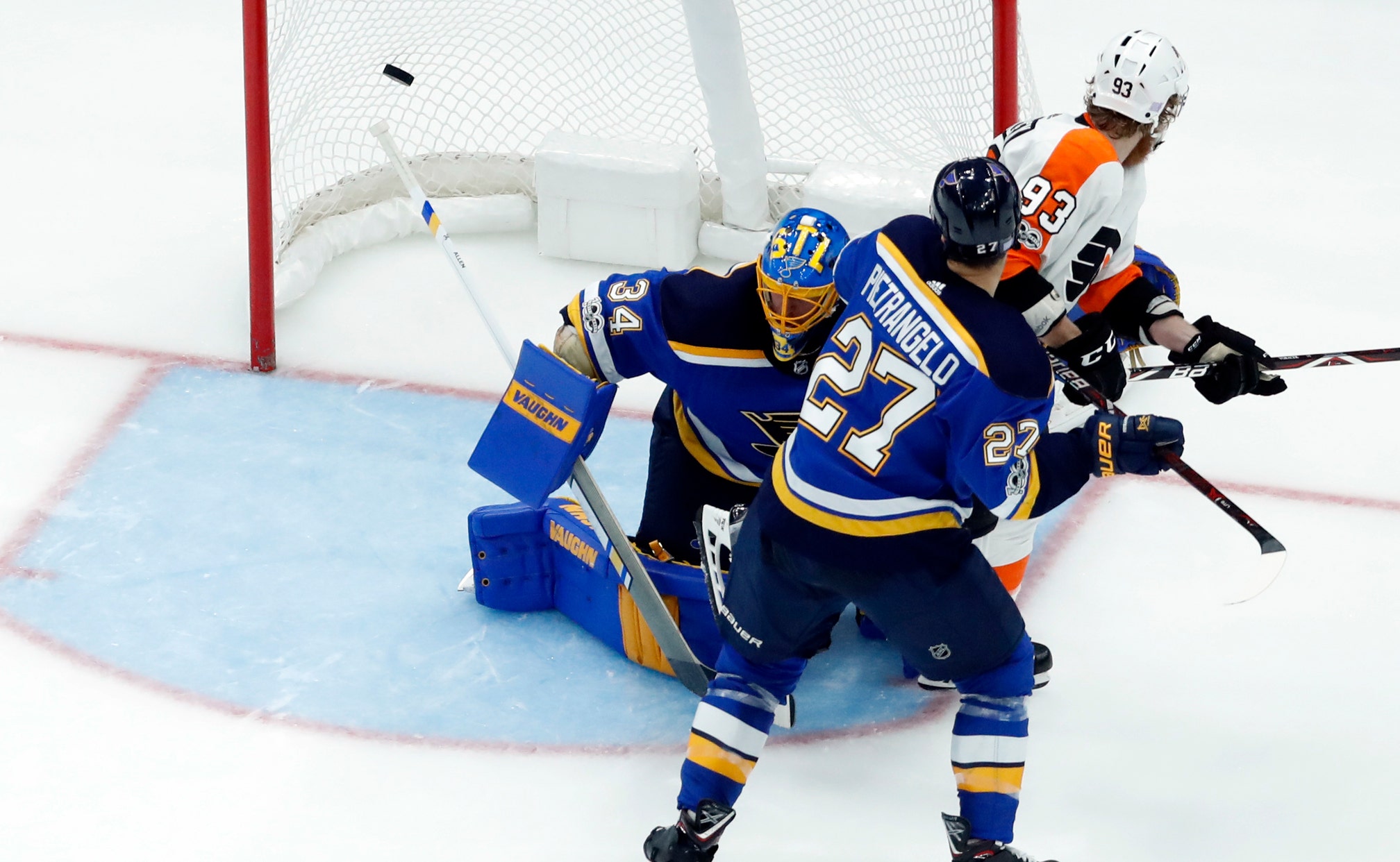 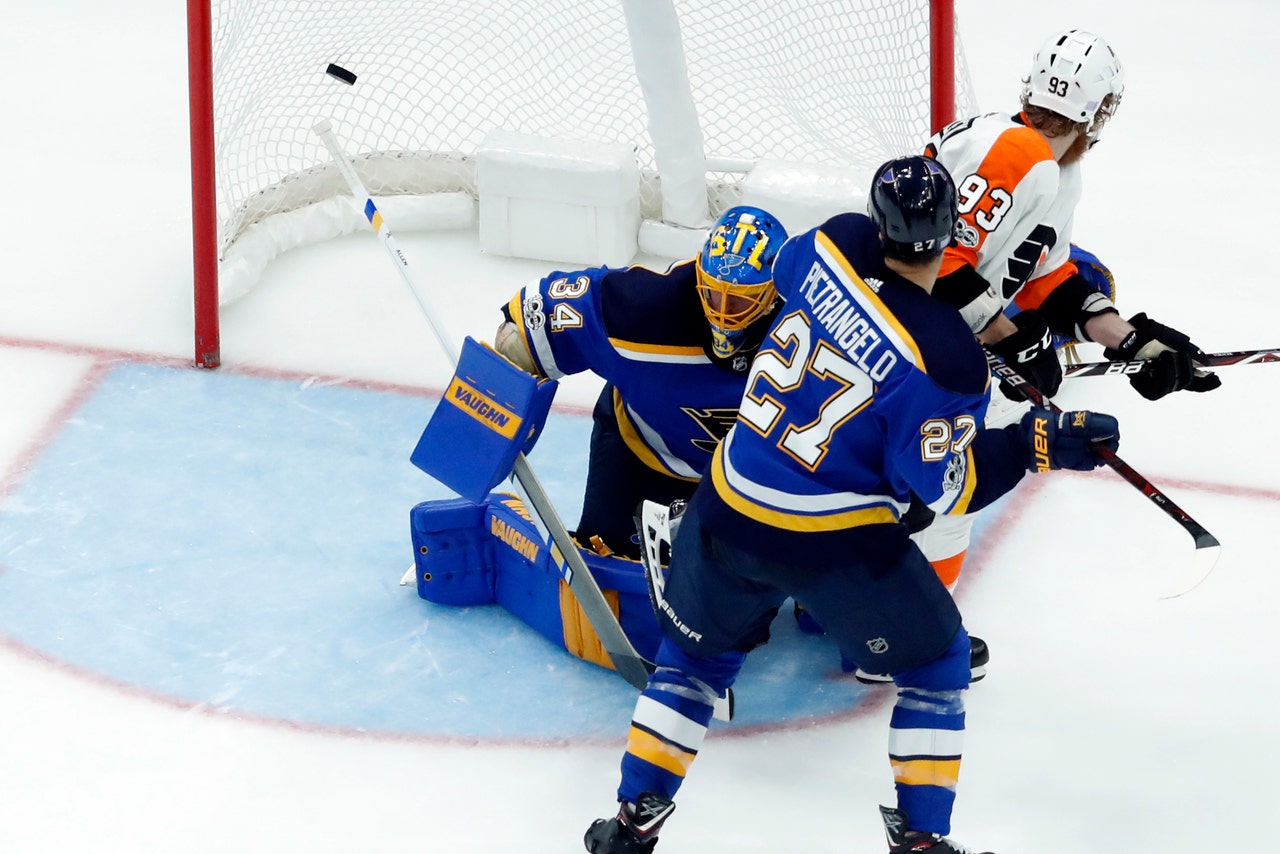 The Philadelphia Flyers' goalie enjoyed wearing the rather hideous garment, which also featured bright sequins on the sleeve proclaiming him the player of the game.

Neuvirth made 33 saves and Brandon Manning broke a scoreless tie with a second-period goal to lead Philadelphia over the St. Louis Blues 2-0 on Thursday night.

The Flyers started a tradition this season, forcing their top player each night to wear the cape during postgame interviews.

"It doesn't look that bad," Neuvirth said. "Anyway, I'm happy to get to wear it."

Neuvirth, making his fifth start this season, earned his 11th career shutout and first since Nov. 7, 2015.

"They put a lot of pucks (on me) early," Neuvirth said. "I just found my game. And the guys stepped up and really blocked a lot of shots."

St. Louis lost at home for the first time after opening 5-0. The Blues were the only team in the league that hadn't been beaten at home.

Neuvirth, who serves as a backup to Brian Elliott, made his first start in a week and picked up his first win since Oct. 17.

"I'm trying to stay sharp in practice and work hard every day," Neuvirth said. "Just got to be ready for every opportunity I get."

Neuvirth robbed former teammate Brayden Schenn with a nifty glove save midway through the second period.

"I thought he was excellent and he had to be sharp from the start of the game," Philadelphia coach Dave Hakstol said. "He was a big part of getting everybody settled in."

Manning fired a shot from the right point that eluded Jake Allen, who made 21 stops. Jakub Voracek provided a screen in front. The play was initially ruled no goal on the ice before replay officials changed the call.

"It all works in the end," Manning said. "It was a big one tonight."

Yeo: "I don't know that we generated a lot of those quality, grade-A chances tonight." #stlblues pic.twitter.com/8AXrj3uEcW


The Blues were coming off 10 wins in October, tying a franchise record. They began the night tied with Tampa Bay with an NHL-best 21 points.

"We generated some good zone time, some good chances," coach Mike Yeo said. "But I don't think that we got to the inside enough."

The Flyers, playing with four rookie defensemen, had 22 blocks in all.

"They were great in front of me," Neuvirth said.

NOTES: Philadelphia D Shayne Gostisbehere missed his third successive game with concussion-like symptoms. ... D Will O'Neill made his NHL debut in place of D Radko Gudas, who sustained an upper-body injury Wednesday in Chicago. ... The Blues have allowed an NHL-low four goals in the first period. ... Philadelphia has been shut out three times this season, a league high. ... St. Louis defensemen have scored an NHL-best 14 goals.

Flyers: Host the Colorado Avalanche on Saturday in the first of three consecutive home games.