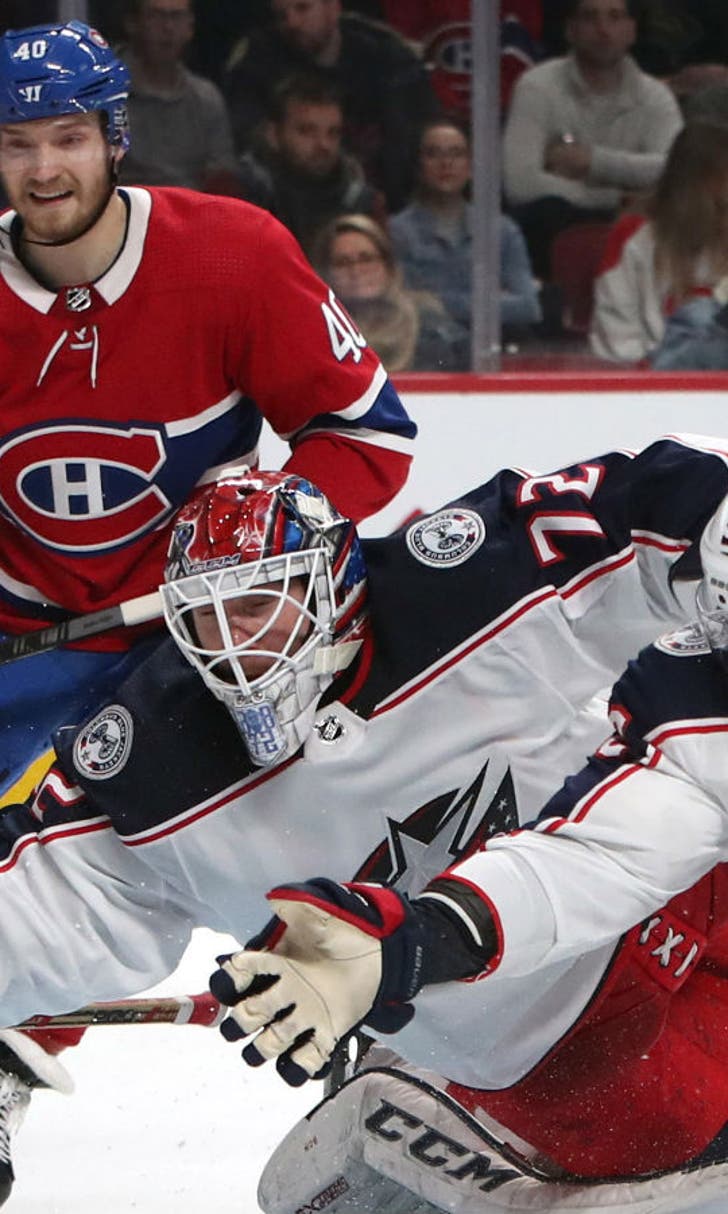 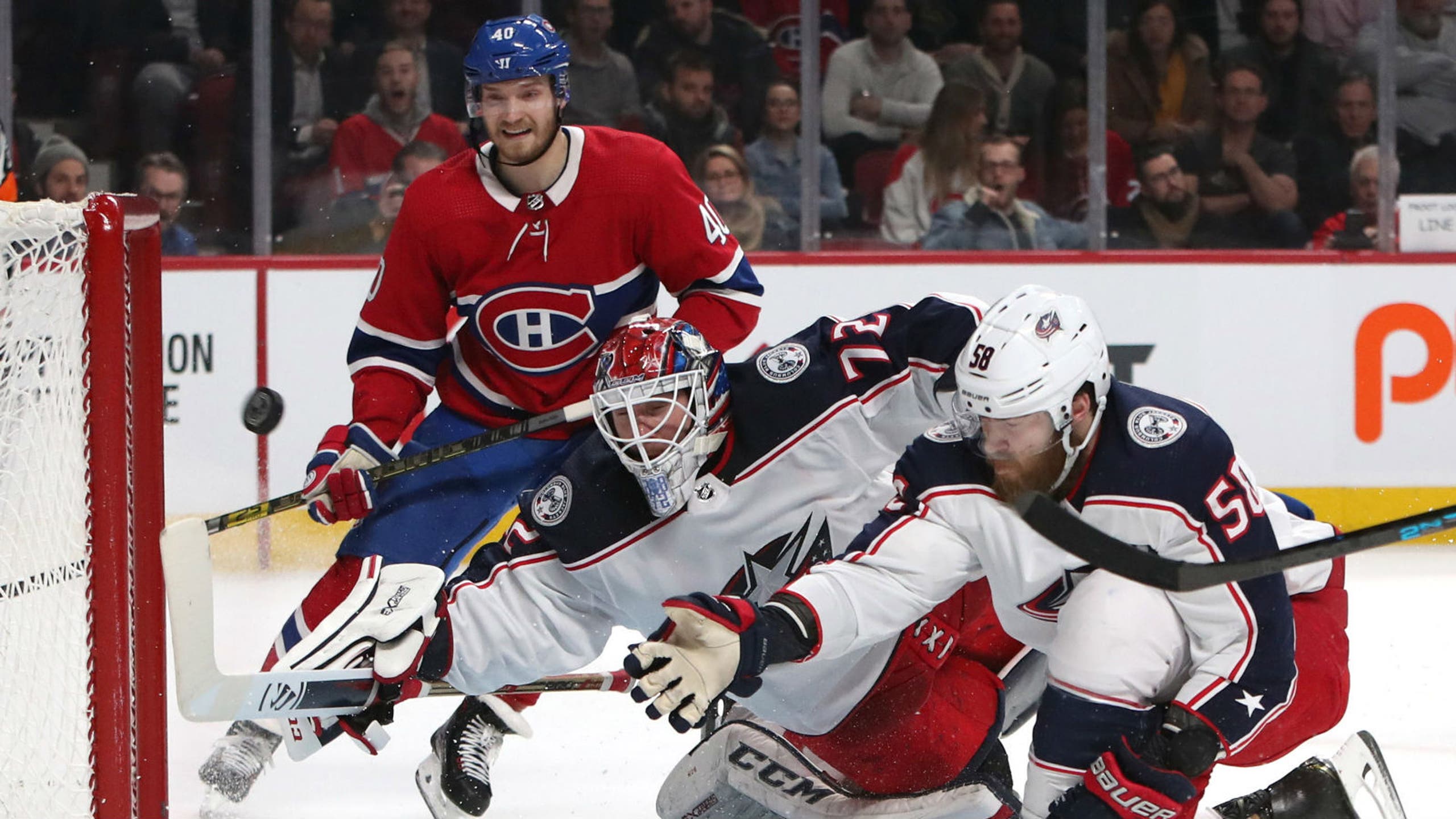 Blue Jackets fight back, but fall to Canadiens 3-2 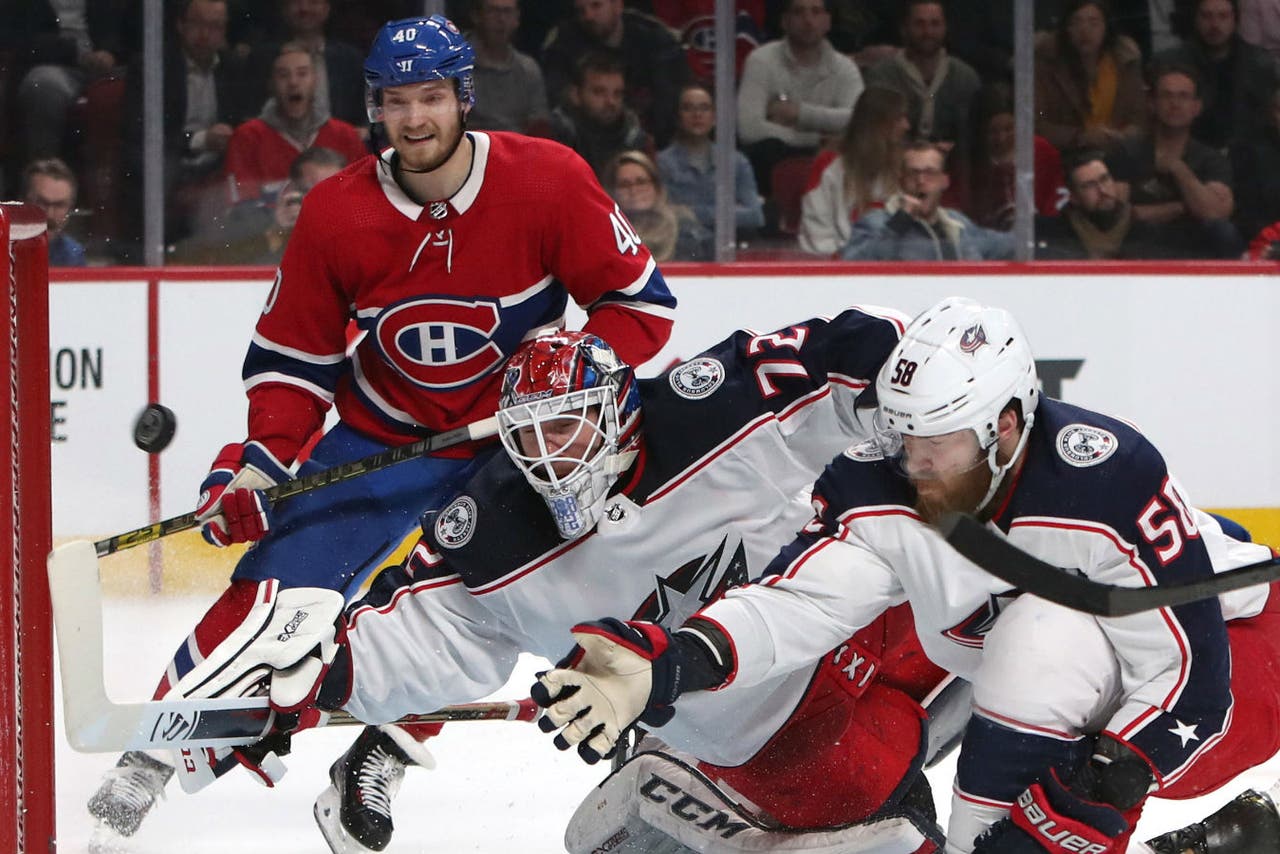 MONTREAL (AP) — Tomas Tatar scored in the third period to lift the Montreal Canadiens over the Columbus Blue Jackets 3-2 on Tuesday night.

The victory was Montreal's first since Feb. 4 and ended a four-game skid. Paul Byron and Max Domi also scored, and Carey Price made 31 saves.

The Blue Jackets were playing the second game of a back-to-back after losing to Tampa Bay on Monday night. The visitors were also without forward Artemi Panarin, who sat out due to illness.

Byron scored in his return to the lineup after missing the last six games due to a forearm injury.

Domi put the Canadiens on the board 90 seconds in. The forward powered up the wing and tried to feed Jonathan Drouin on a 2-on-1. The puck instead went off forward Eric Robinson, and Domi batted it past Bobrovsky for his 20th of the season.

Byron's goal came nearly 16 minutes later. After Jesperi Kotkaniemi's shot went wide of the net and off the backboard, Byron was first to the puck and buried it past Bobrovsky for his 11th of the season.

The Blue Jackets drew one back in the opening moments of the second period, when Anderson sniped one past Price.

Foligno tied it in the third period when he put a rebound past Price. Anderson picked up his second point of the night with an assist.

The Canadiens retook the lead at 13:08 of the third on Tatar's 19th of the season. Defenseman Jordie Benn hung along the boards and fed Tatar with a pass to Bobrovsky's right, and he quickly tapped it past the goaltender.