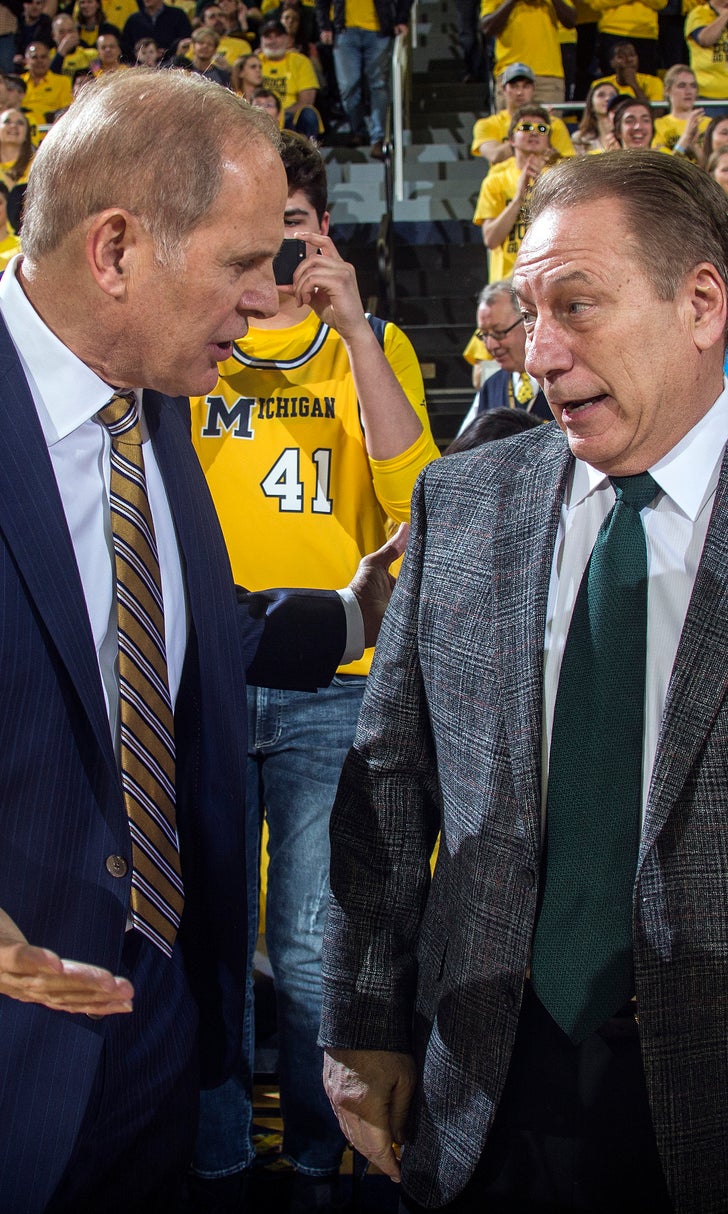 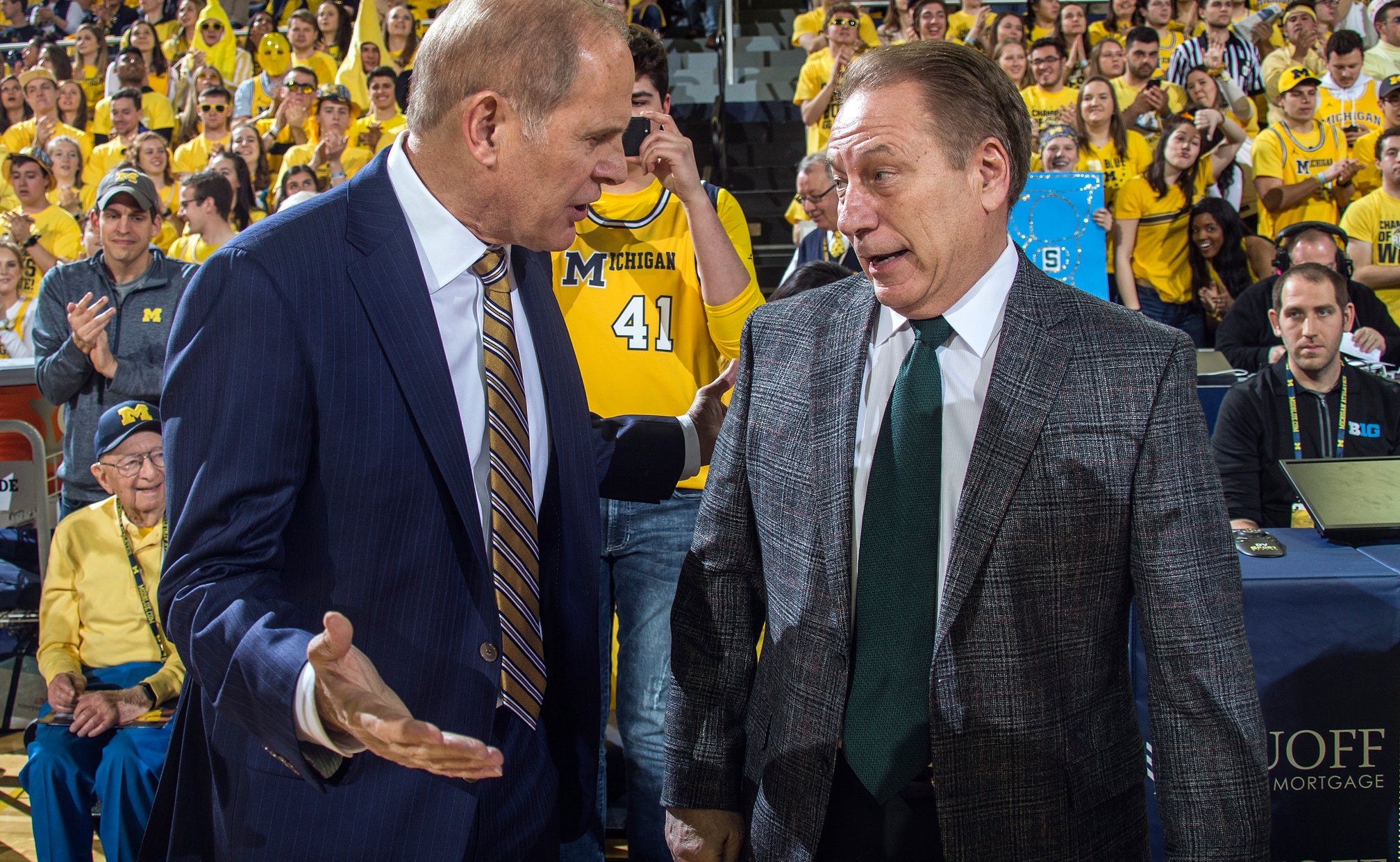 Beilein and Izzo talk about state of game on PodcastOne

Their in-state rivalry is as friendly as it is competitive, and that's the way both Michigan coach John Beilein and Michigan State coach Tom Izzo like it.

The two coaches talk to AP sports writer Larry Lage on the latest episode of PodcastOne Sports Now on the eve of Sunday's showdown that was won 77-70 by Michigan State. They discuss coaches who do the right thing in college basketball and those who don't, and talk about how tough it always is to win against each other.

Co-hosts Jim Litke and Tim Dahlberg discuss how attendance is up in college basketball and the game seems to be moving past the ongoing FBI probe into recruiting irregularities. They also talk about the new pitch clock in baseball, and Dahlberg remembers how the late Don Newcombe told him about starting both games of a doubleheader in 1950.