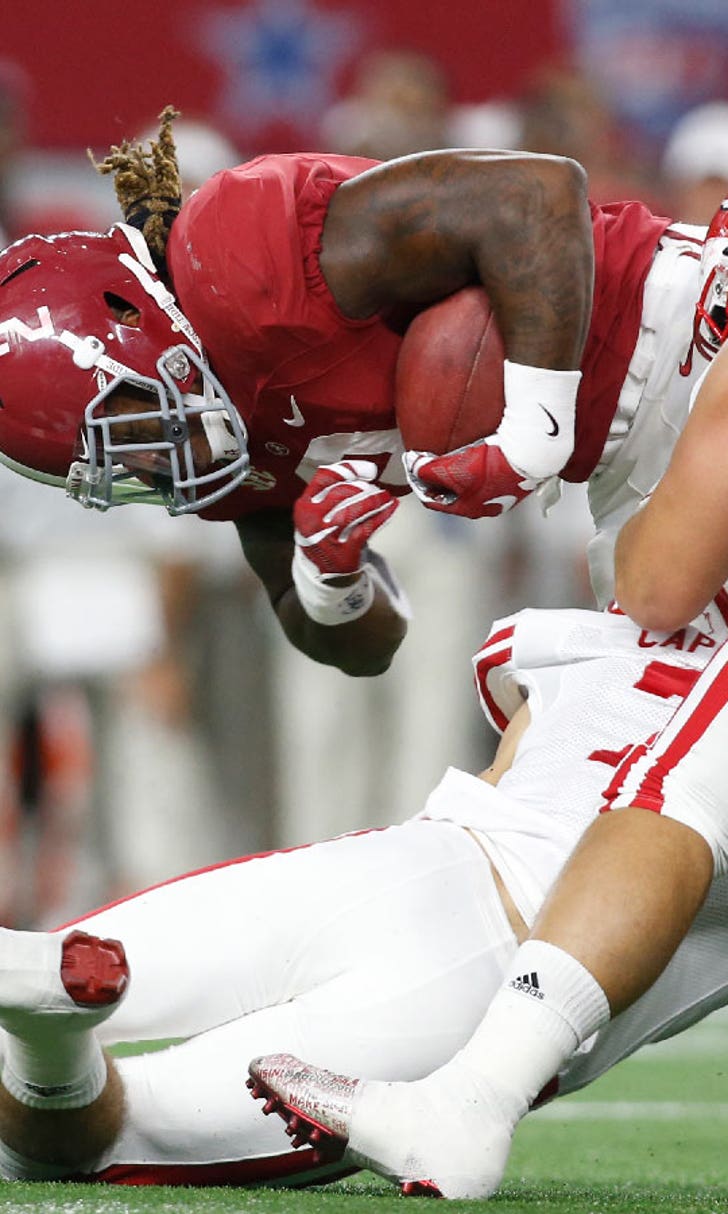 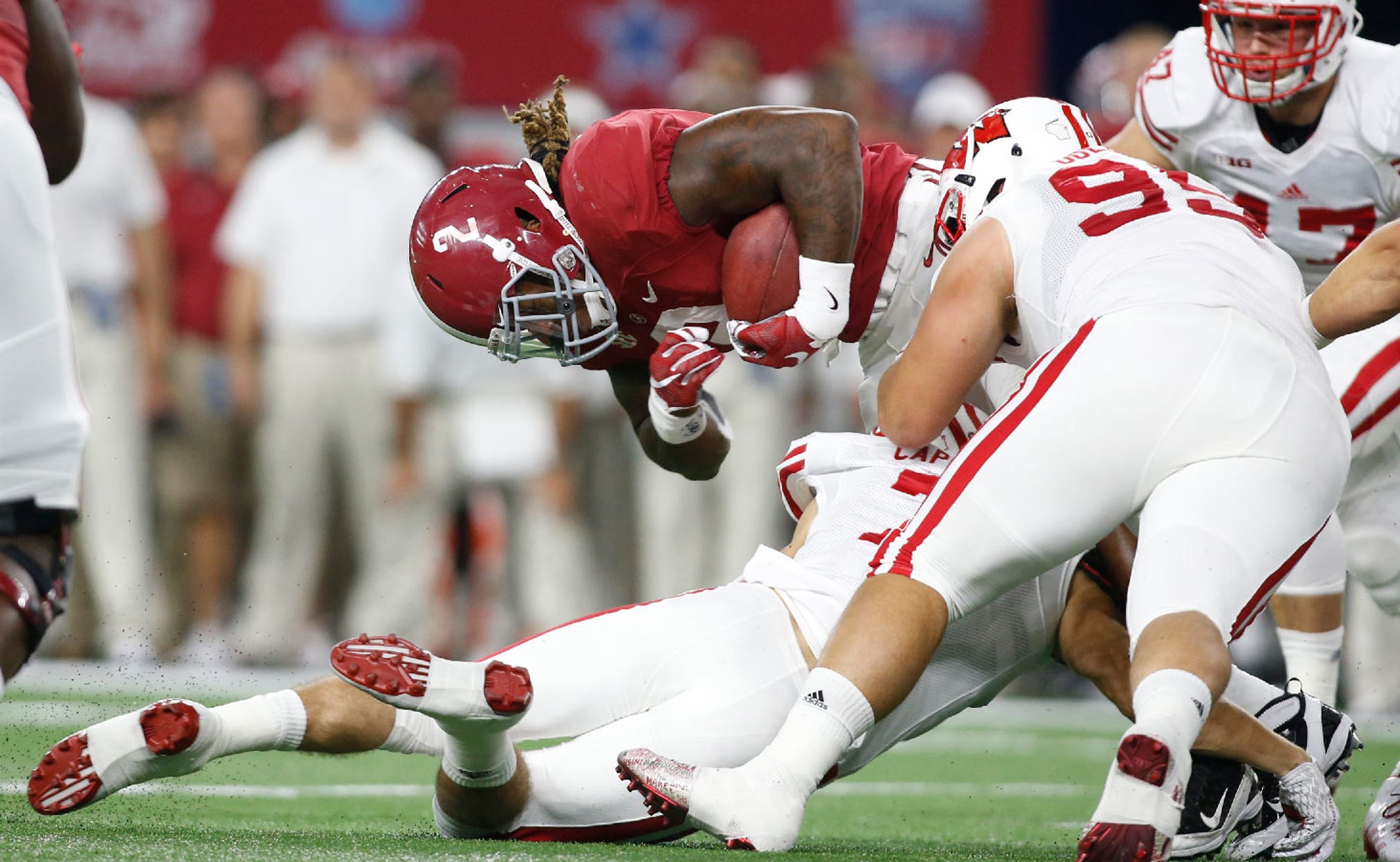 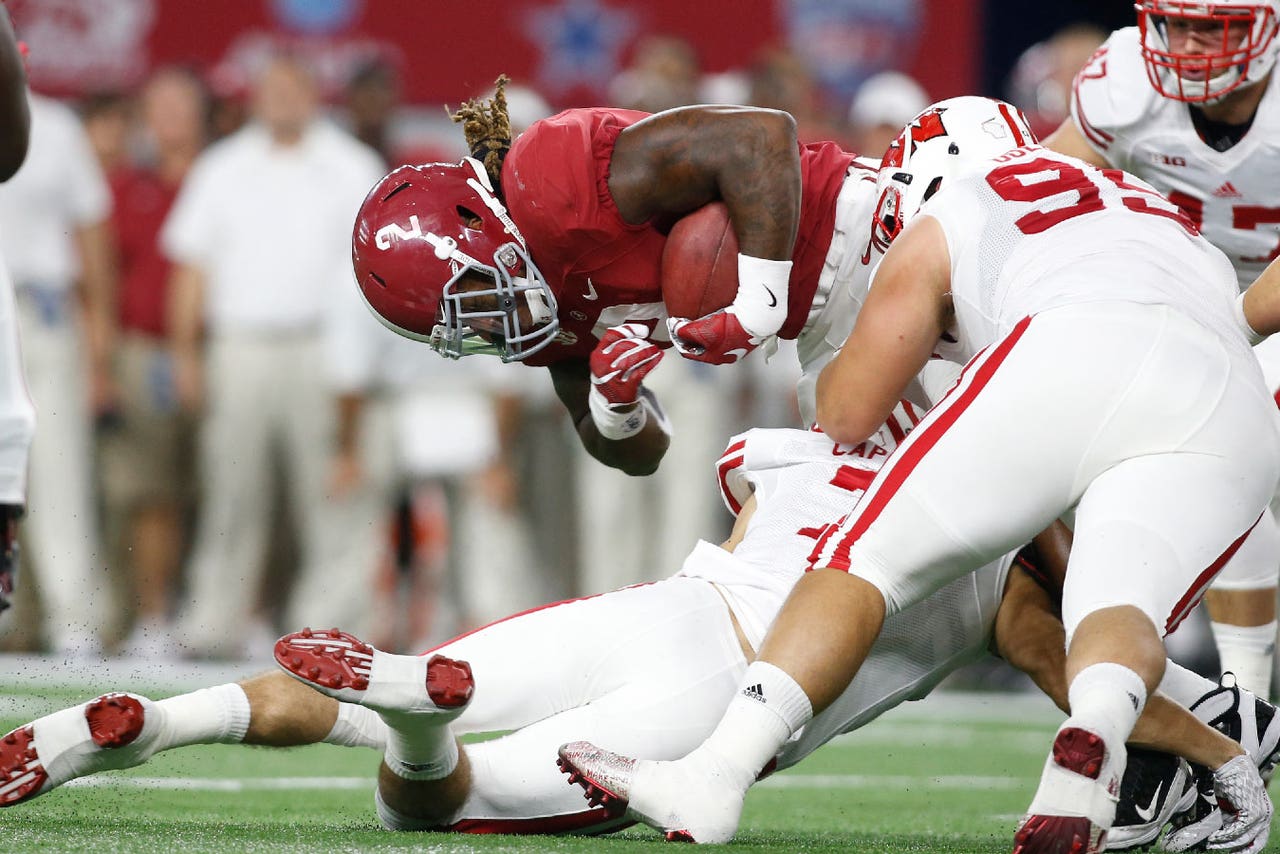 MADISON, Wis. -- Wisconsin safety Michael Caputo was going through the concussion protocol after getting knocked out early of Saturday night's loss to Alabama.

The 20th-ranked Badgers aren't sure if Caputo will be available for this weekend's home opener against Miami (Ohio). Whenever he is cleared, coach Paul Chryst plans on having his defensive captain on the field.

"I'm not going to get in the way of putting him in," Chryst said Monday at Camp Randall Stadium. A senior and the team's leading tackler in 2014, Caputo likely won't need much -- if any -- practice time to be ready for the next game whenever he is cleared.

He looked restless enough as it was during the 35-17 loss to the Crimson Tide while walking the sideline and encouraging teammates as an unofficial assistant coach.

"I noticed him on defense, he had the grease board out," Chryst said. "I mean, he will do anything for this team."

Caputo was hurt on the third play of the game while trying to tackle bruising Alabama running back Derrick Henry. Caputo was so woozy that he initially lined up on Alabama's side of the field for the next play before trainers came out to get him.

Wisconsin lost its play-caller in the secondary and an emotional, physical leader. It made the task of slowing down Henry, who ran for scores of 37 and 56 yards, all the more difficult for the Badgers.

Starting inside linebacker Leon Jacobs was also slowed on Saturday by an apparent foot injury.

"As a whole defense we've got to react to things like that, we've got to keep our communication up," outside linebacker Joe Schobert said. "It's not on any one guy. It's on the whole unit."

The 6-foot-1 Caputo is invaluable with his ability to play close to the line in run support as well as cover backs and slot receivers in space. With two-way player Tanner McEvoy shifting primarily to offense for the Alabama game, Wisconsin had to go with junior Leo Musso and sophomore D'Cota Dixon at safety.

Musso made the second start of his career, while Dixon played in his fourth career game overall.

McEvoy was slowed in practice last week with a left leg injury, and Chryst said they had hoped to get the senior more involved in the offense against Alabama. At 6-foot-6, McEvoy also provides the kind of athletic presence at safety that the Badgers miss without Caputo.

Chryst didn't specify when asked how he might use McEvoy this week and said that "Tanner's situation is not connected with necessarily" with Caputo or the safety position in general.

Corey Clement was limited in the Alabama game to eight carries and 16 yards because of a sore groin, a disappointing outing in his debut as the lead running back for the Badgers. Asked if it could be a lingering injury for Clement, Chryst said it was something that Clement "can get it taken care of."

What You Need to Know: Big Ten Begins
Here comes the Big Ten, featuring a top 25 matchup and the return of Justin Fields in its debut weekend.
14 hours ago
those were the latest stories
Want to see more?
View All Stories
Fox Sports™ and © 2020 Fox Media LLC and Fox Sports Interactive Media, LLC. All rights reserved. Use of this website (including any and all parts and components) constitutes your acceptance of these Terms of Use and Updated Privacy Policy. Advertising Choices. Do Not Sell my Personal Info