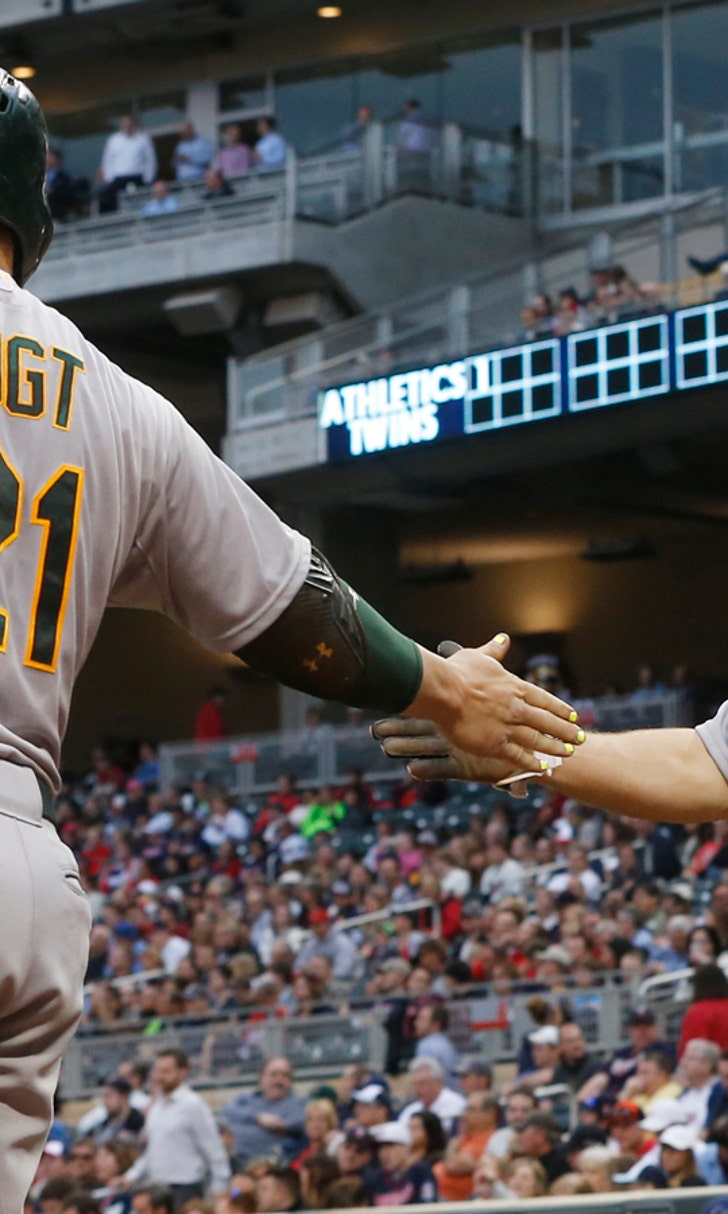 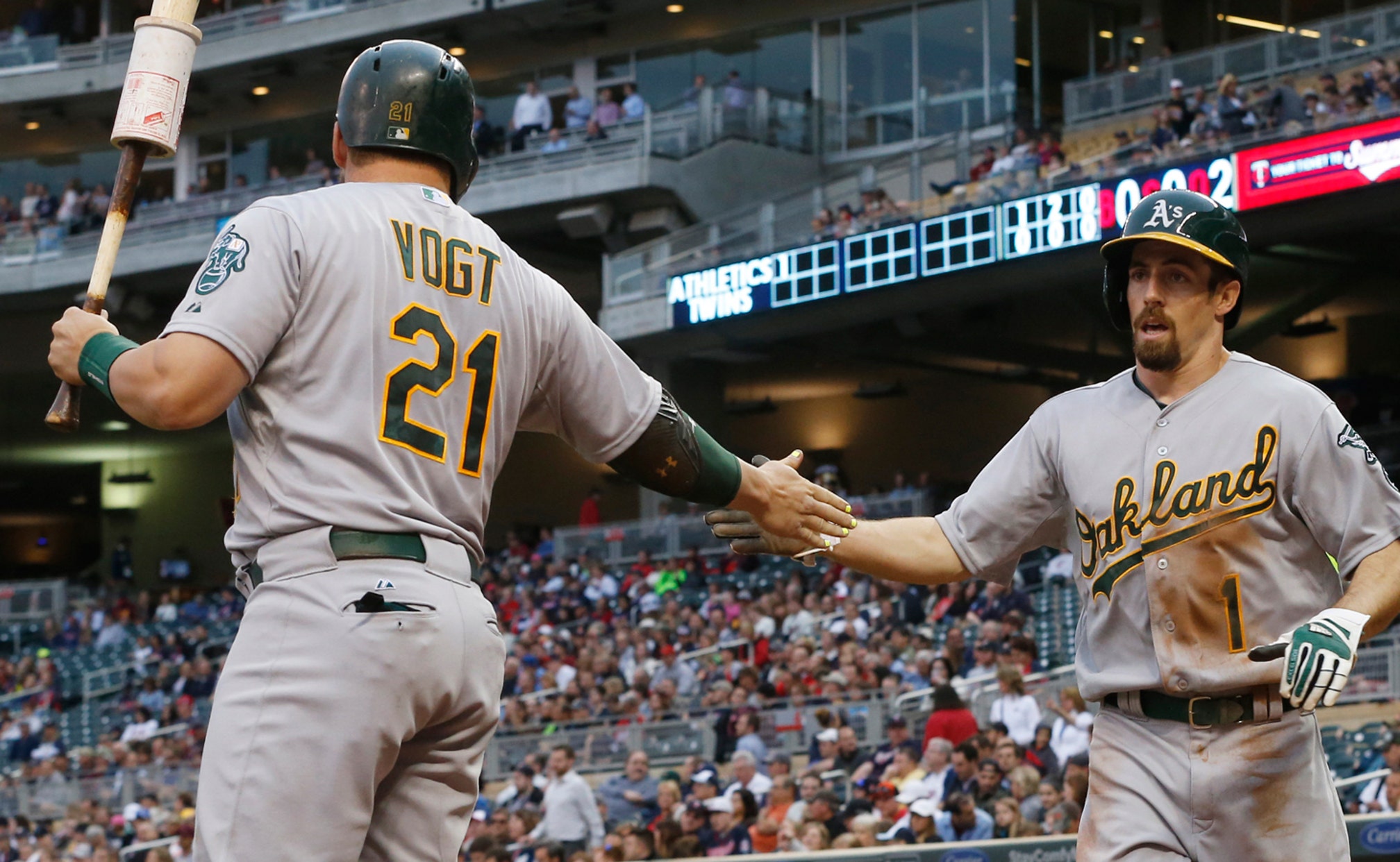 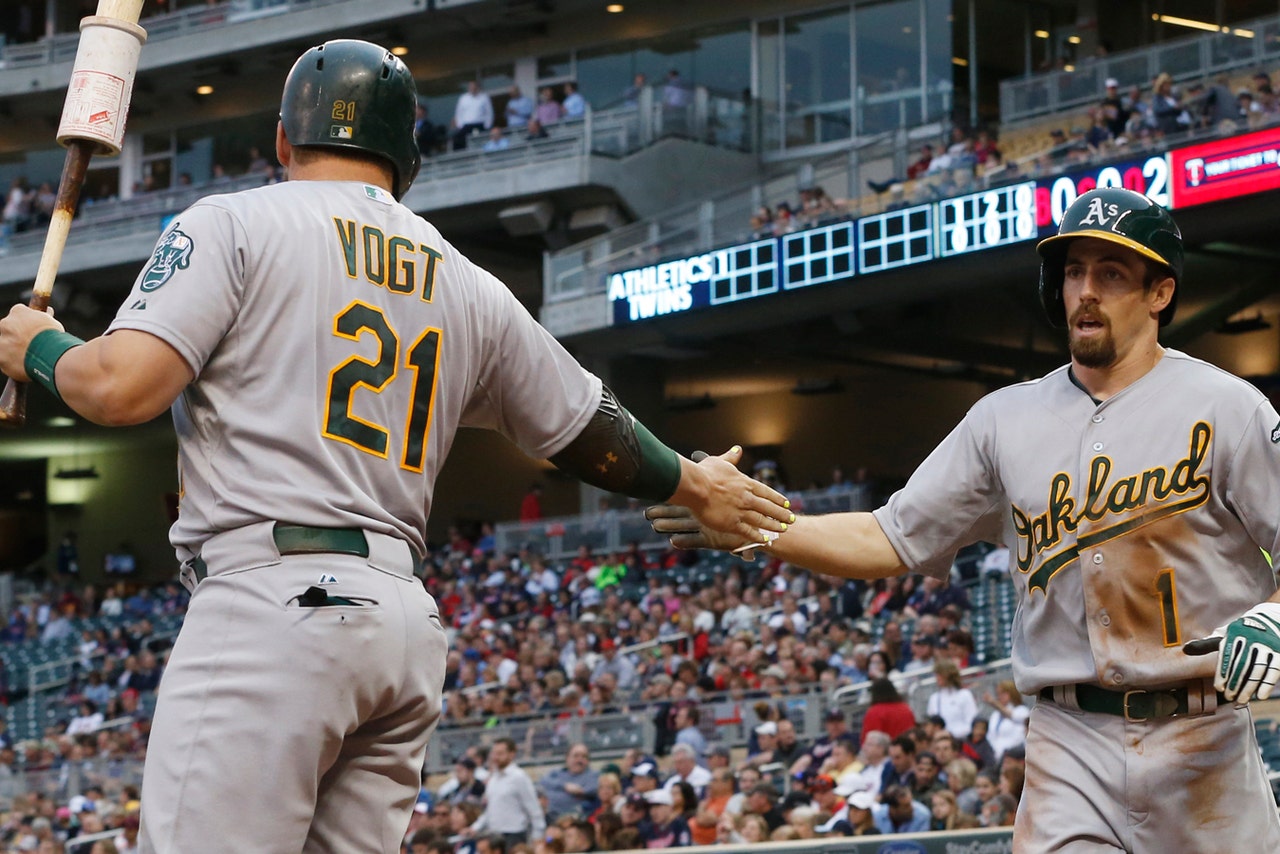 MINNEAPOLIS -- Even after shutting down the red-hot Minnesota Twins offense for 7 1/3 innings, Jesse Chavez left the mound wanting more.

The Oakland Athletics right-hander pounded his glove and shouted as he was taken out of a game he dominated with runners on the corners and one out.

Chavez struck out seven and allowed one unearned run and the Athletics snapped Minnesota's five-game winning streak with a 2-1 victory on Tuesday night.

"Just me being in the moment, fiery," said Chavez (1-2), who gave up four hits and needed just 87 pitches for his first victory of the season. "Just wanted it. That was the only thing. I was just in the moment and wanted to compete. I just wanted to win."

Billy Butler had two hits and an RBI and Billy Burns added two hits and a stolen base for the Athletics. Tyler Clippard got five outs for his third save in four chances.

Trevor May (2-2) gave up two runs on five hits and struck out three in 5 2/3 innings. Torii Hunter had two hits for the Twins, who were looking for their first six-game winning streak since 2011.

Chavez was masterful in his third start of the season after being moved from the bullpen to when Jesse Hahn missed a start because of a blister.

He handcuffed a Twins offense that had scored 39 runs during its five-game winning streak. He needed just 62 pitches to get through six innings, but left the mound in a huff in the eighth after first baseman Ike Davis made a throwing error to squander a potential inning-ending double play.

Brian Dozier followed with a flare off Evan Scribner to get the Twins on the board, but Clippard struck out Hunter and got Joe Mauer to fly out to left field to strand the tying run on third base.

"We had been rolling pretty good offensively. I don't know if he took it personally or what, but he went out there and threw a lot of fastballs," Twins manager Paul Molitor said of Chavez. "Had good command, had it moving in both directions."

The A's got on the board in the first inning thanks in part to a fortuitous bounce. Butler lifted a fly ball down the right field line and Hunter made a long run and leaped at the wall to try to bring in the third out of the inning. But his left arm hit the wall hard and the ball popped out, and Butler followed with a base hit to right to score Burns.

Brett Lawrie drove in the other run for Oakland, a bloop to right off of Brian Duensing in the sixth.