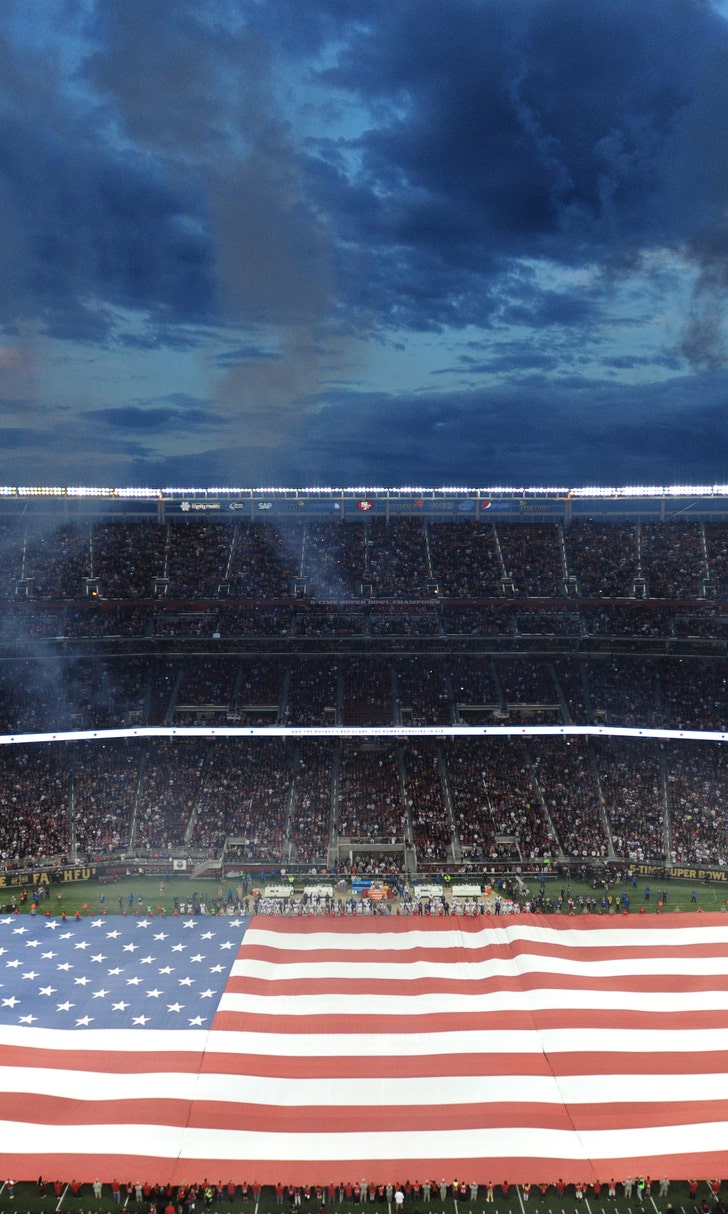 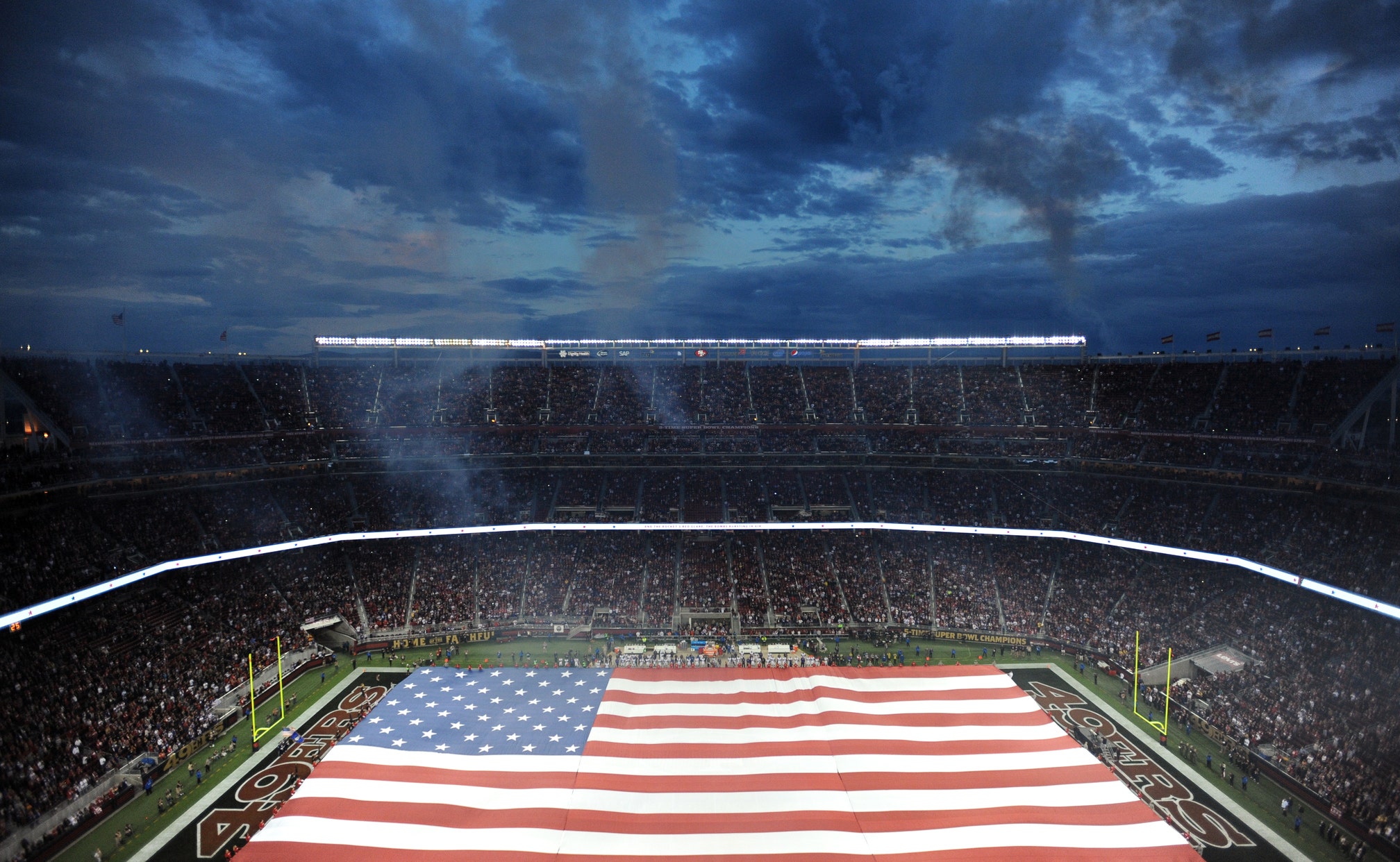 The 10 most patriotic moments in American sports 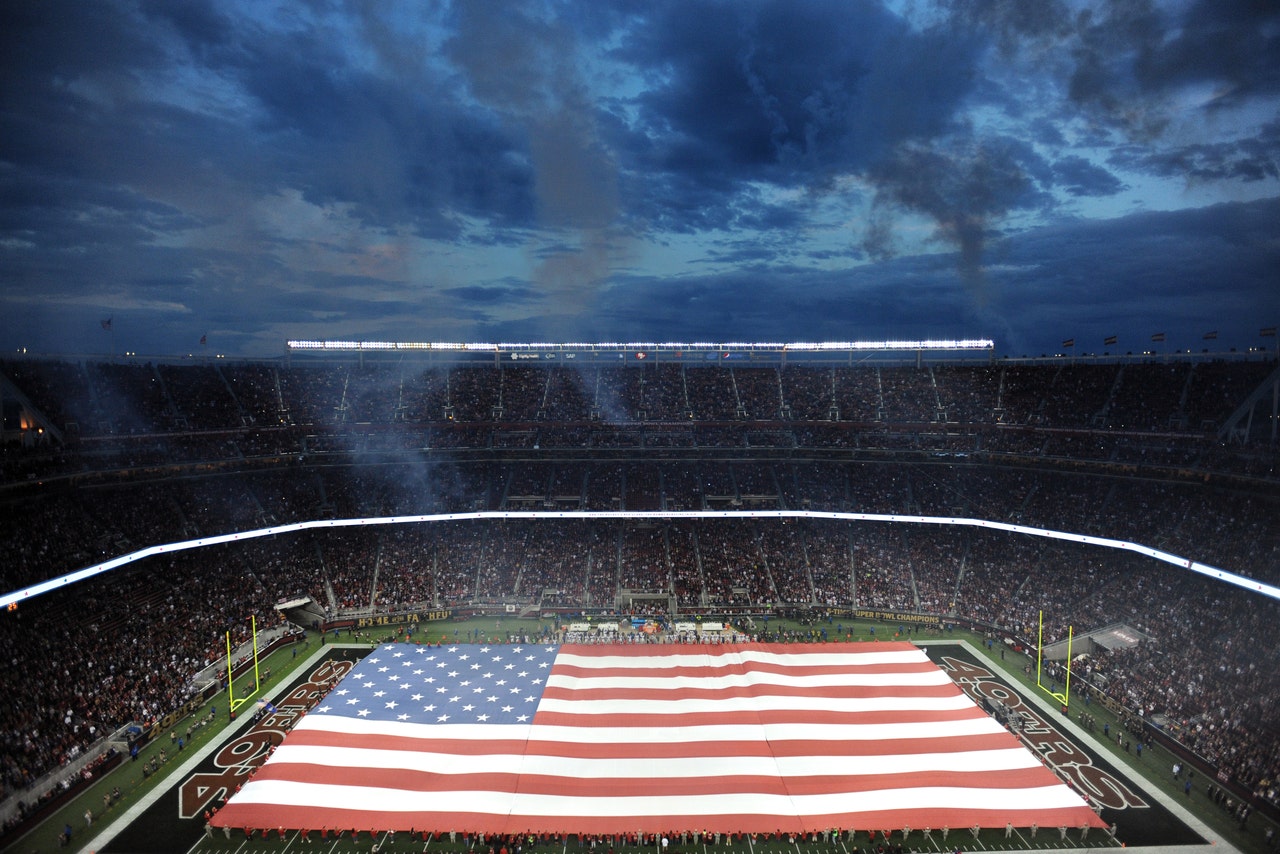 On this, July 4th weekend, Fox Sports looks back at the most patriotic moments in American sports history.

Two months before the bicentennial, two protestors crashed the field at Dodger Stadium. When one unfurled an American flag and another broke out lighter fluid, their purpose became clear. "It looks like he's going to burn a flag!" Vin Scully shouted from the booth. Not on Monday's watch. The one-time Marine Corps reservist ran over, snatched the flag away and brought it to the dugout.

"What they were doing was wrong then, in 1976 and in my mind, it's wrong now, in 2006," Monday told MLB.com 30 years later. "It's the way I was raised. My thoughts were reinforced with my six years in the Marine Corp Reserves. It was also reinforced by a lot of friends who lost their lives protecting the rights and freedoms that flag represented."

If you put the end of the 1972 Olympic gold-medal basketball game in a movie, it'd be too ridiculous to be taken seriously. Recounting it would take too long (read about it here) but the gist is that the Americans won the game twice only to have a crooked FIBA subjectively put time back on the clock, assign timeouts that weren't allowed and arbitrarily enforce rules that didn't exist. What makes this patriotic? The American team refused, en masse, to accept the silver medals, with some putting in their wills that their families were not to accept them after their death. Decades later, the team met to debate whether they should petition the IOC for duplicate golds (the IOC had done so in the Salt Lake City figure skating scandal). The team unanimously voted "no." Today, the medals remain locked away in a vault in Lusanne, Switzerland. Self-belief, defiance and a refusal to adhere to European actions. Sounds American to me.

It was almost over before it began. On the first Monday of the Beijing Olympics, Michael Phelps was going for his second gold, one of eight he hoped to win in China, thus setting a mind-boggling record and achieving sports immortality by his 23rd birthday. But midway through the 4x100 freestyle relay, his hopes looked all but over. When the final leg began, the American were almost a full body length behind the French. That'd be a big comeback in any situation, but particularly when the French anchor leg was being swum by world-record holder Alain Bernard. At the turn, American anchor Jason Lezak had cut the deficit slightly, though even as they hit the back half of the race, NBC's Rowdy Gaines was already lamenting Phelps' lost chance at history. Then as the swimmers hit the last 25 meters, Lezak began to make up distance with each stroke. No, he couldn't. It was impossible. Could he? He did, touching 0.13 ahead of Bernard. Lezak had split 46.06, by far the fastest in history and it was game on in Beijing. Phelps, of course, would break the record with eight golds. Without Jason Lezak, there would have been a different shade in his medal collection.

Ten days before Super Bowl XXV, President George H.W. Bush made good on his threat that "this [aggression] will not stand" and led an invasion to liberate Kuwait from Saddam Hussein's Iraq. With stadium security at an all-time high, very real terrorism fears and fans holding yellow ribbons for the men and women of the Armed Forces, out stepped 27-year-old superstar Whitney Houston. The track was prerecorded and the song performed in a slower meter (the NFL objected to that, Whitney's father told them what they could do with their objection), but none of that mattered. What followed was the greatest performance of the Star Spangled Banner since Francis Scott Key wrote its words as Ft. McHenry held off the British invasion in the War of 1812.

The 1936 Olympics were supposed to be Adolf Hitler's showcase for the supremacy of the Aryan race. Jesse Owens, the son of a sharecropper and the grandson of a slave, had something to say about that. Running times so fast they would have medaled 30 years later, Owens won both sprint events, the sprint relay and the long jump, for a record four track golds, something not duplicated until 1984 when Carl Lewis did it at boycotted Los Angeles Games. American upstages Hitler? This should be No. 1! Why so low? It's because the feel-good story was short-lived. Rather than come home to a hero's welcome, Owens was immediately subject to the racial prejudice of the time. After a celebration in his honor immediately after the Games, Owens was forced to ride a separate freight elevator up to the ballroom. He was forced to earn money by doing demeaning stunts such as racing against horses. And, though somewhat lost in the annals of history, Owens said that Hitler didn't snub him (which is technically true, though he didn't congratulate him either) but his own president, FDR, did, failing to send Owens a telegram, let alone invite him to the White House.

This one is bigger and more important than any ranking, so we'll place it in the middle because no list like this would be legitimate without it.

We all know the story - and youngsters who don't always should be told - of Pat Tillman, the Arizona Cardinals safety who turned down a $3.6 million contract to enlist in the Army after 9/11. "My great grandfather was at Pearl Harbor, and a lot of my family has gone and fought in wars," Tillman said. "I really haven’t done a damn thing as far as laying myself on the line like that." Tillman was killed in a firefight in southeastern Afghanistan in the spring of 2004. In death, Tillman became the public face of the heroic men and women who gave their lives in the war on terror.

The 9/11 attacks brought the world to a standstill. It wasn't until 10 days after the attacks - September 21, 2001 - that New York hosted a sporting event, with the Mets hosting the Braves in front of a near-capacity crowd at Shea while the World Trade Center site still smoldered a few miles away. The pregame ceremonies were somber and the game was too, until Mike Piazza stepped to the plate in the bottom of the 8th with the Mets trailing 1-0. With one swing, Piazza made a city forget about the horrors of a week-and-a-half before, if only for a moment.

3. Muhammad at the Olympics

The choice seems so obvious now. Of course Muhammad Ali - Olympic hero, title-winning boxer, civil-rights icon, activist, quintessential American - would light the cauldron at the 1996 Olympics in Atlanta. At the time, though, it was all a mystery. Even the final torchbearer, swimmer Janet Evans, didn't know until a few hours before she made the pass. Early on, Billy Payne, the lynchpin of the city's Olympic effort and the current chairman of Augusta National, wanted hometown boxer Evander Holyfield to light the flame. All due respect to The Real Deal Holyfield, but there was only one man to put that torch to the flame.

It's not just the pitch. It's the way the president strides confidently to the mound before Game 3 of the 2001 World Series, 49 nights after the morning that changed America forever. The shoulders of George W. Bush are broad and his head is high. He strides with confidence, wearing a bulletproof vest mandated by the secret service but one that felt superfluous. It's how he stands on the mound, alone, a tower, representing an America that can't, and won't, be held captive by terrorism. It's that he was even on the mound at all - most first-pitchers stand on the grass. You try throwing a ball 60 feet from a foot-high pile of dirt with the weight of a country on your arm. "Don't bounce it," Derek Jeter had told him jokingly. He didn't.

1. The Miracle on Ice

What, you were expecting something else? Legends and time often obscure the importance and even the specifics of great moments in history. But all the hype about the Miracle on Ice - the movies, the documentaries, the 15-minute segments during every Winter Olympics, the anniversaries - still can't capture what it was like on that chilly February day in Lake Placid.

It was the height of the Cold War (okay, maybe that's hyperbole). It was played in the specter of the Cold War. There was a looming rumor that the U.S. would boycott the Moscow Olympics that summer. (Remember, before 1994, the Olympics were held in the same year.) And on the ice, it was a team of professionals that had played together for years versus a ragtag gaggle of American college players. It was the Communists, and their four-Olympic winning streak, against the Americans and never had the red, white and blue been such an underdog. Days before the Opening Ceremony, the Soviets beat Team USA in an exhibition by a score of 10-3.

It's all so vivid, 36 years later. A raucous American crowd. A panicked Soviet coach. A game-winner and a call that'll ring through the ages. And then the coach, Herb Brooks, who walked off the ice and didn't even congratulate his players. It was their time. Everything you remember and have been told about the Miracle on Ice is true.

There are two things that have sort of faded into the ether over the decades. First, this was a semifinal game. The U.S. had the monumental task of coming down off the heights of the Soviet upset and coming back two days later to play Sweden in the gold medal game. The Americans were down 2-1 going into the third period and, as recounted by the players on the team, Brooks walks in to the locker room during the final intermission, fully aware of the devastation the team would feel if they'd upset the Russians only to lose to the Swedes. He stormed in and stared at the room, taking a moment before speaking a single line."If you lose this game, you'll take it to your grave... your [expletive] grave." I get goosebumps just writing it.

Also, little remember is that the game was played in the afternoon but tape delayed for airing in ABC's primetime coverage. (The Soviets refused to have the game moved to 8 p.m. because it would have meant a 4 a.m. start in Moscow.) Still, in the days before (widespread) ESPN and cell phones and social media, it was a lot easier to keep such a result secret. ABC's Jim McKay promised viewers such when the coverage began that night. But viewers in Washington D.C. (including my dad, who always tells the story during the Winter Olympics) will always remember their local ABC newscaster excitedly spilling the result during a news update on a commercial break with the score tied 3-3 in the 3rd period. Many were, uh, upset, showing that blind rage isn't a provenance of our current age.

Speaking of our current age, we live in a time our insta-history, where everything is evaluated in real-time and designated as the greatest thing before the celebration even ends. The Miracle on Ice doesn't need such hype. It's the greatest moment in the history of American sports. 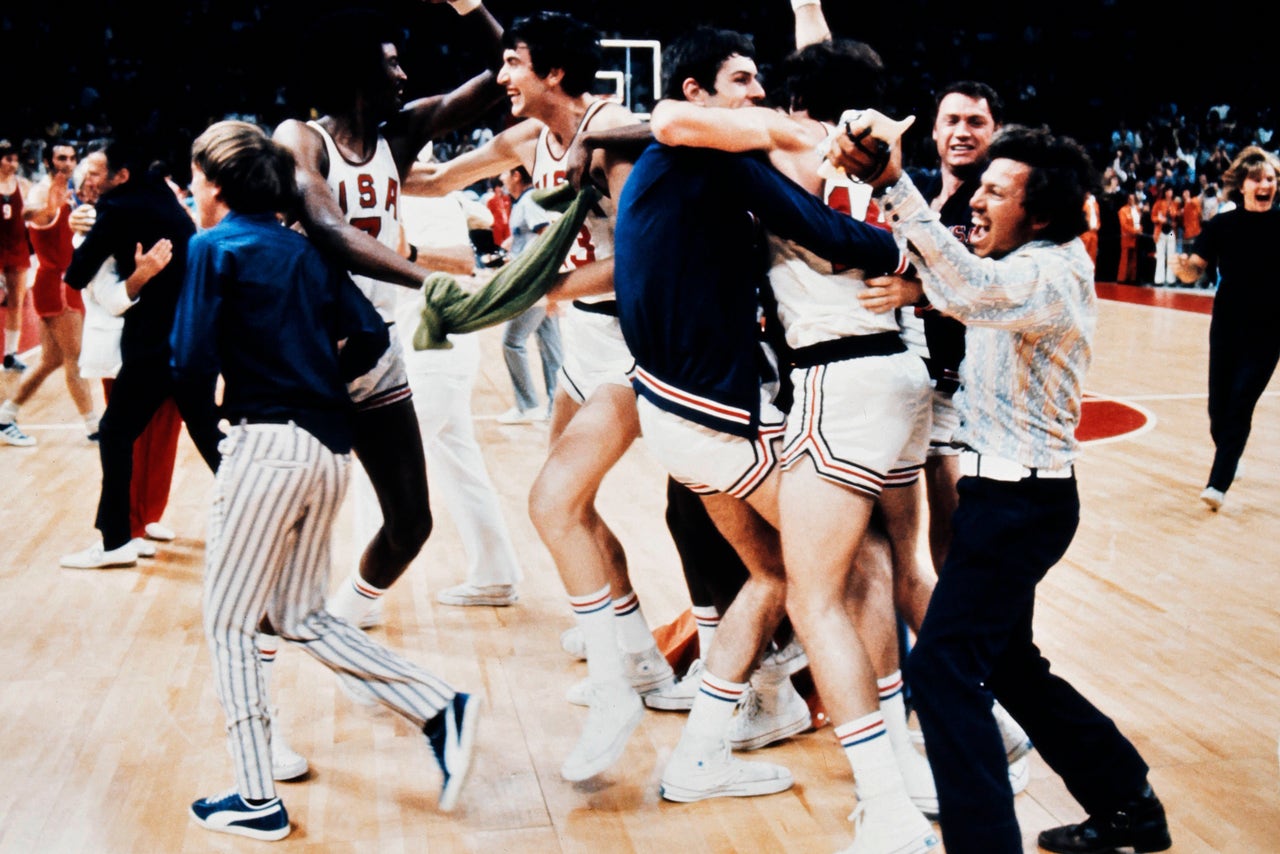 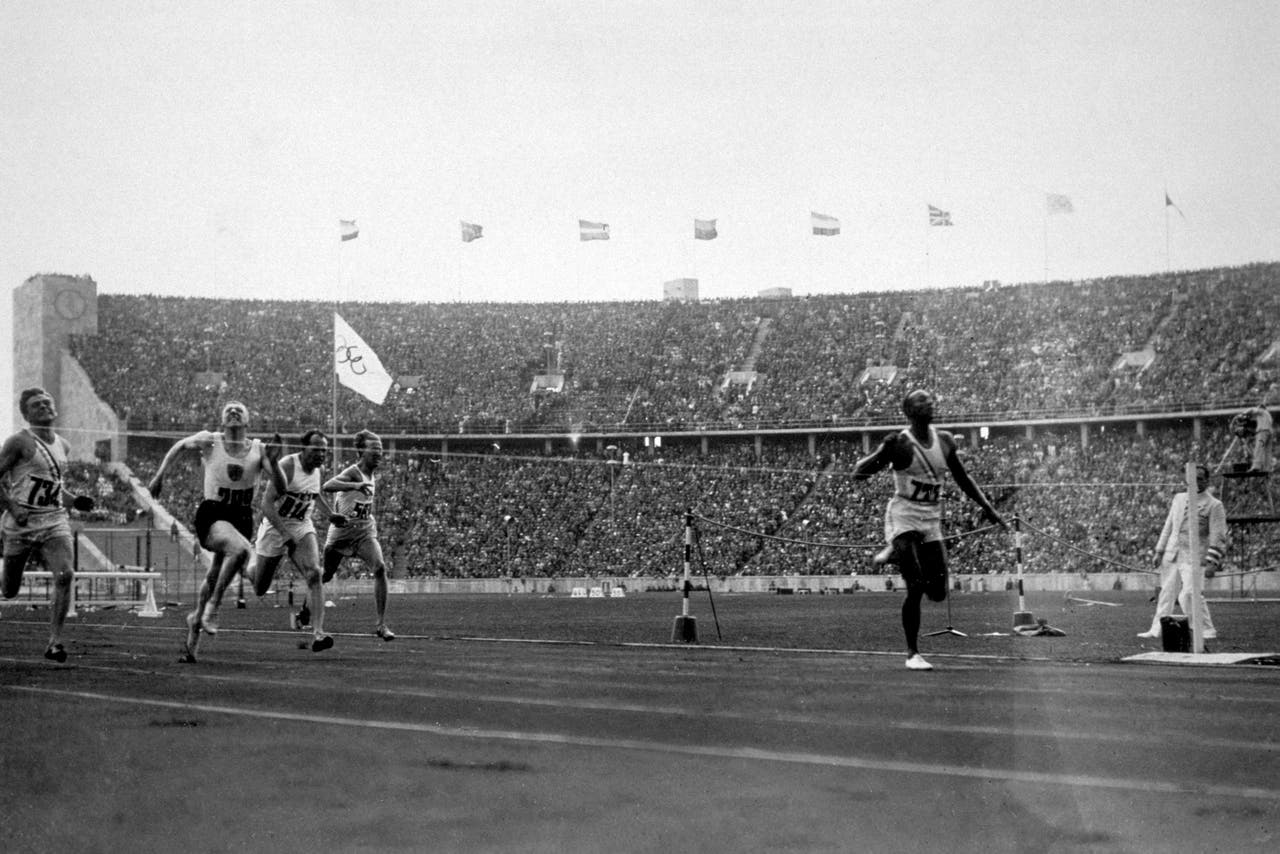 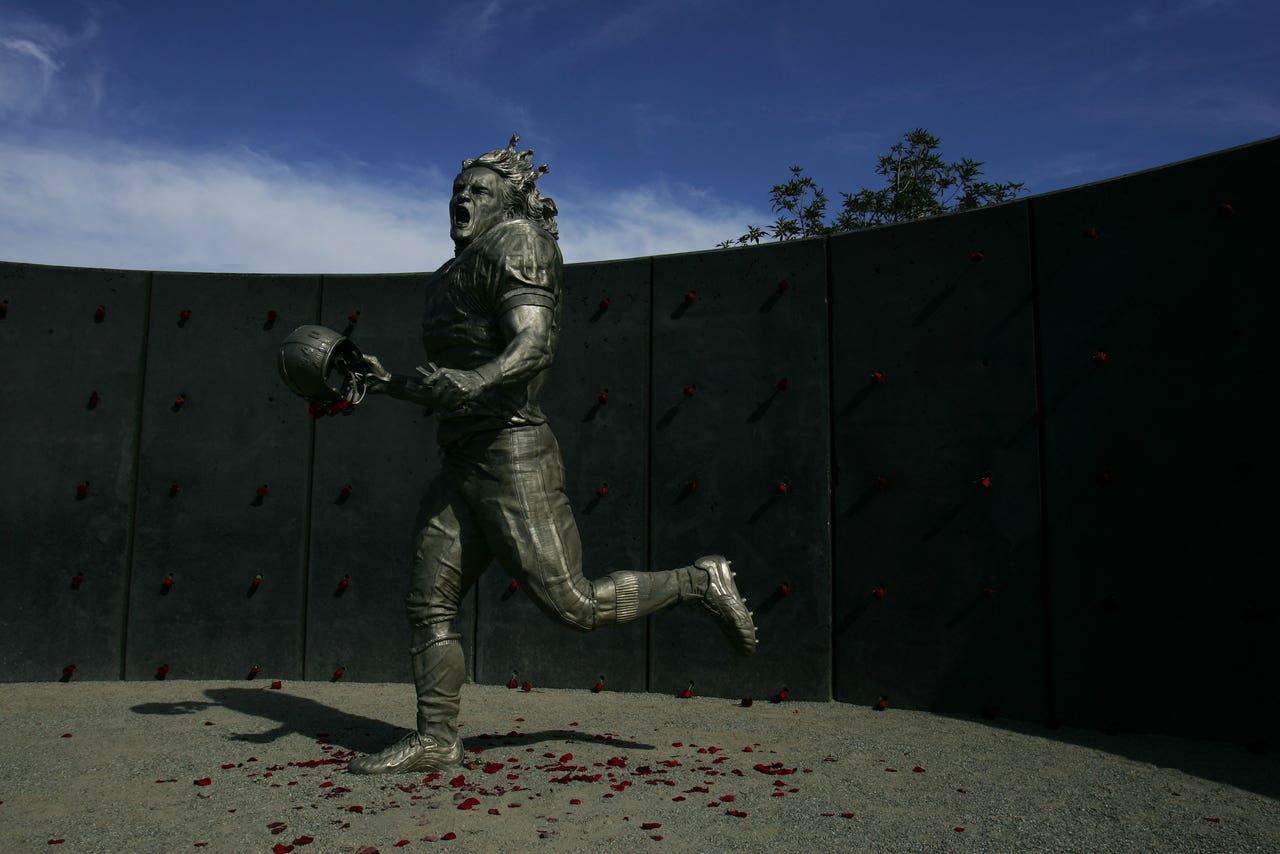 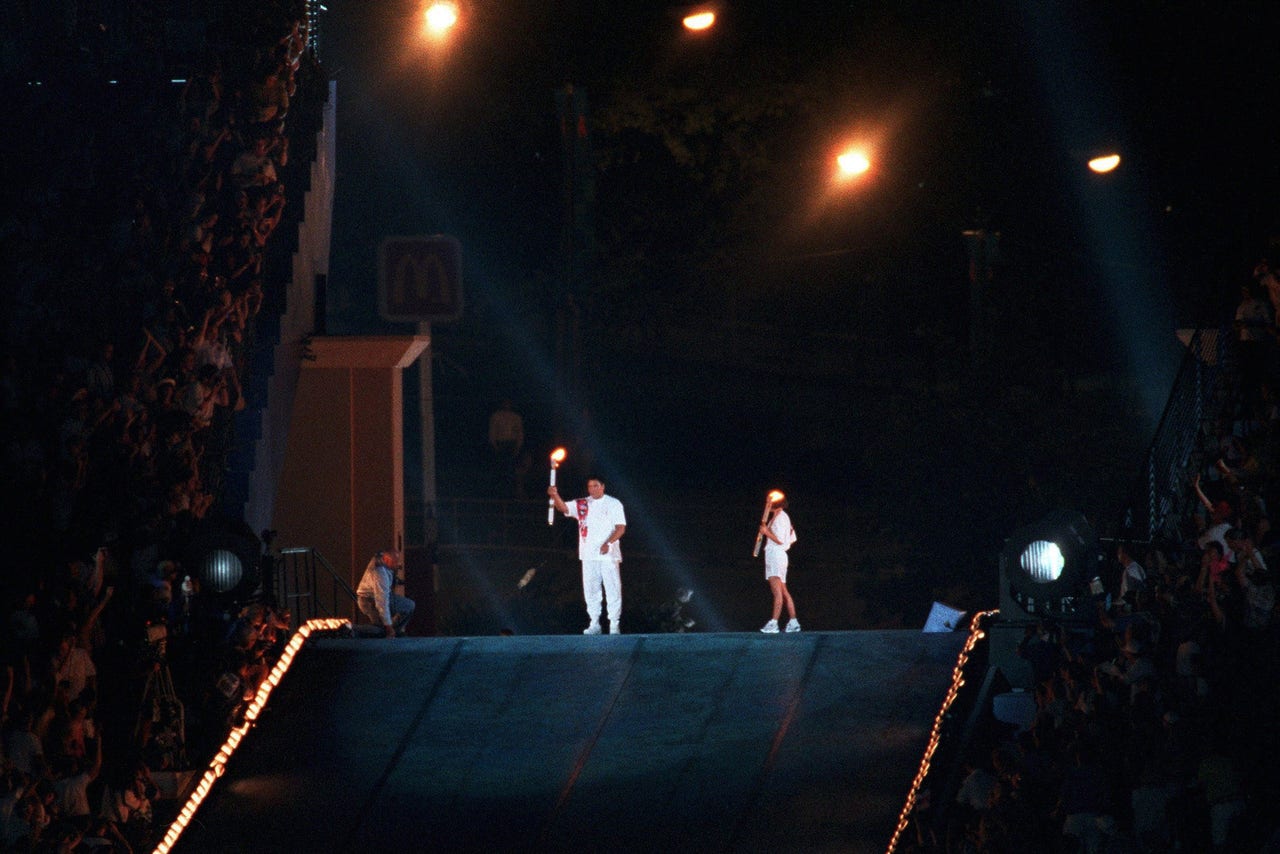 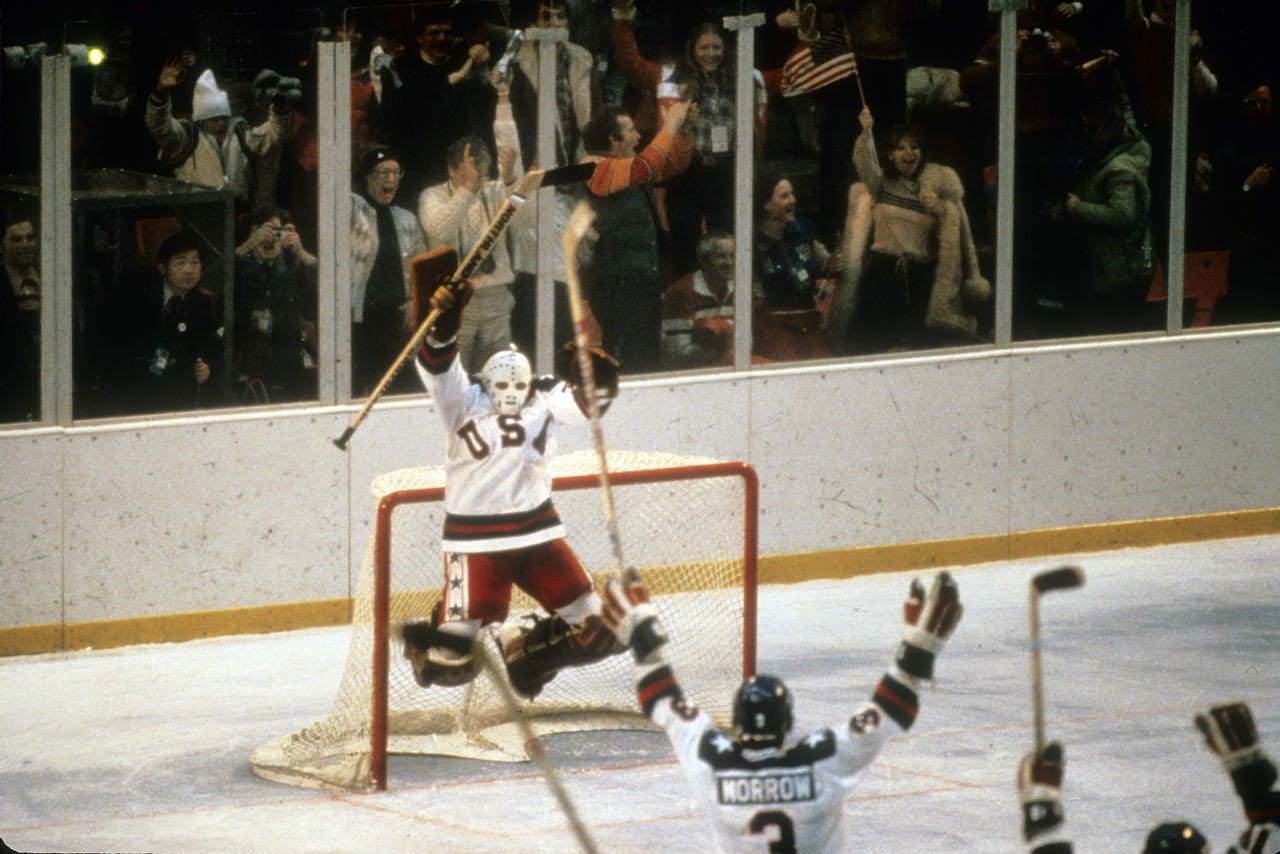 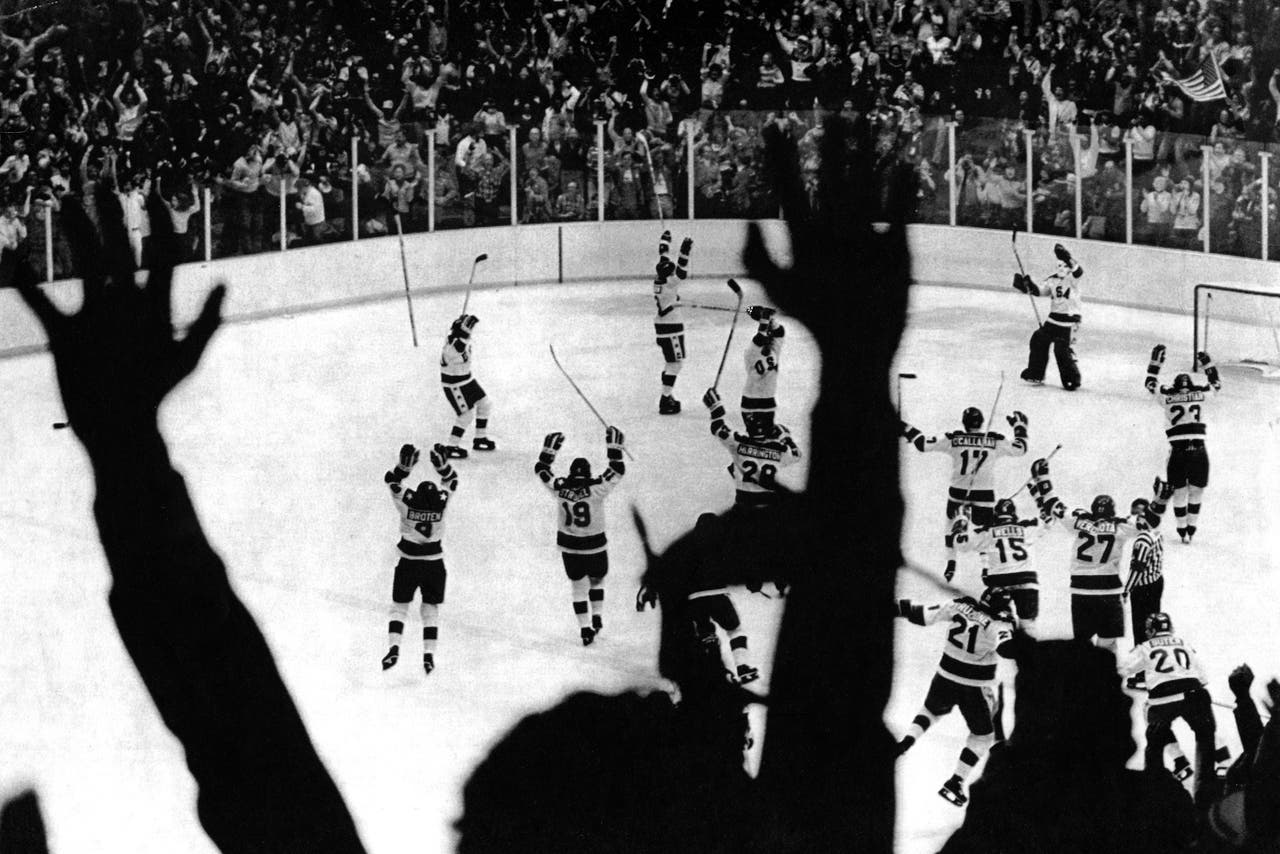