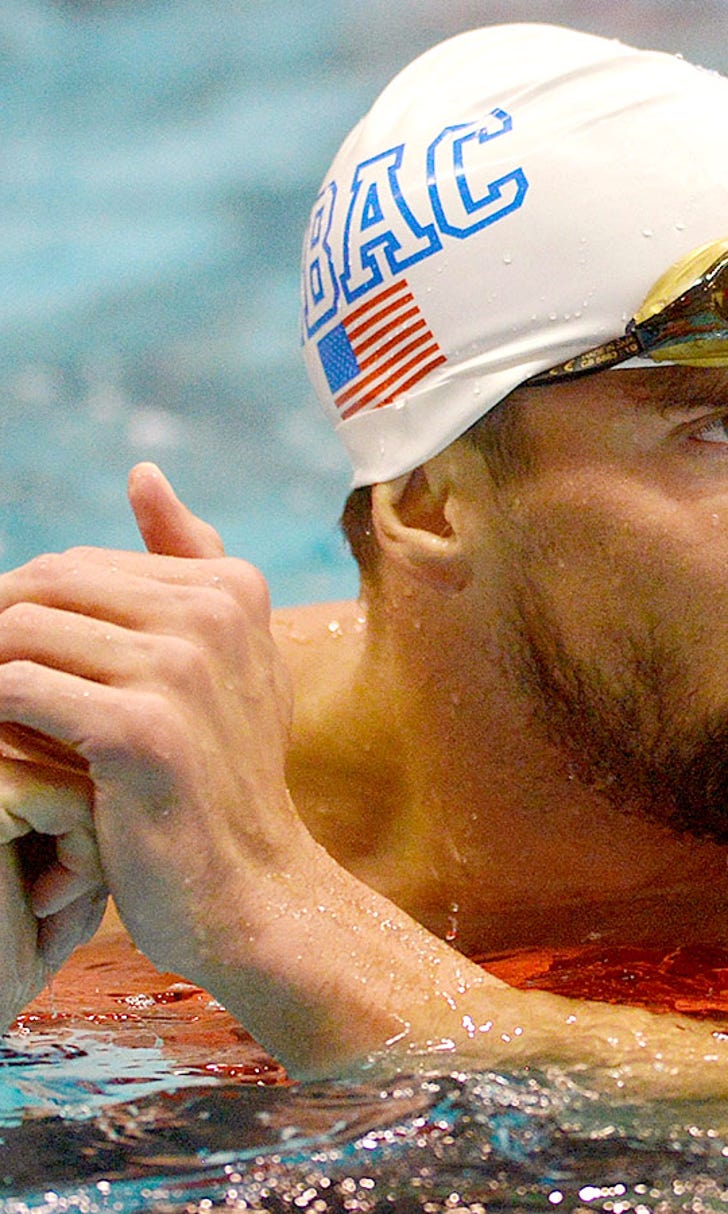 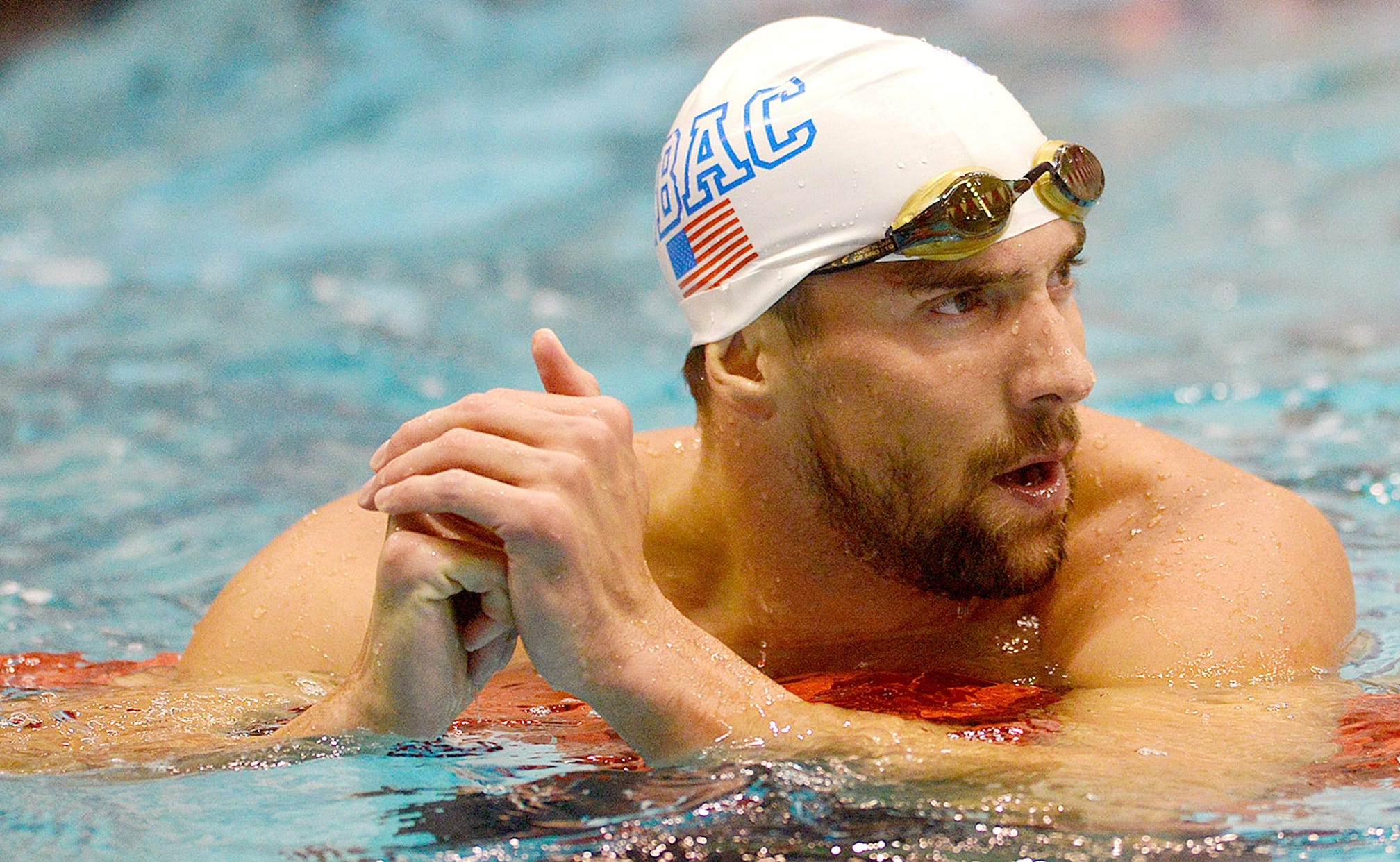 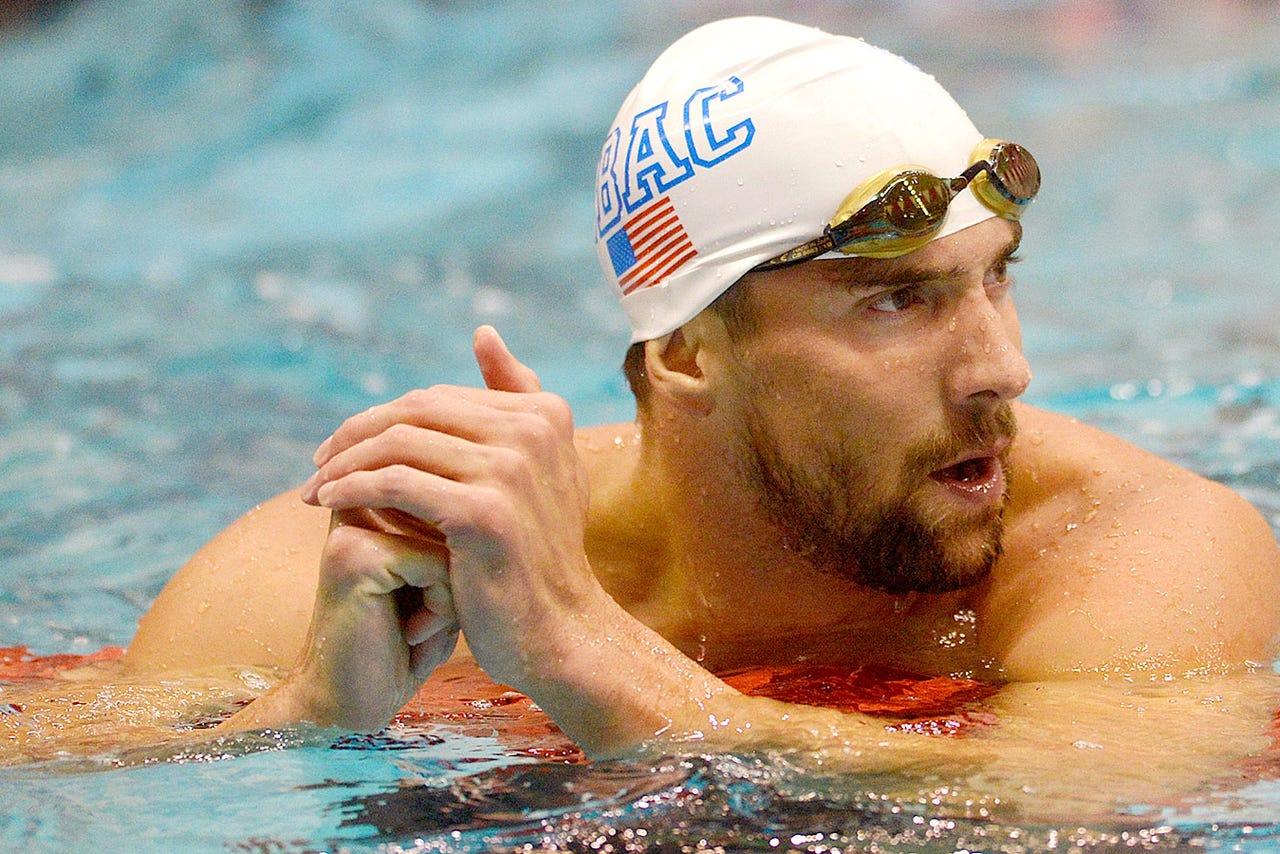 Olympic swimmer Michael Phelps registered .14 percent on a blood-alcohol test after he was stopped on a speeding violation, according to charging documents released Wednesday.

The legal limit for intoxication in Maryland is .08.

Phelps, 29, was charged Tuesday with driving under the influence, excessive speed and crossing double lane lines in the Fort McHenry Tunnel on Interstate 95 in his native Baltimore, according to the Maryland Transportation Authority Police. His trial is scheduled for Nov. 19.

The statement of probable cause also states that Phelps' eyes were red, bloodshot, and "his speech was mush mouth."

An officer administered field sobriety tests to Phelps, according to the statement. Asked to do a one-leg stand, the statement says, "the operator stated 'that's not happening.'"

The arresting officer wrote that after he placed Phelps in custody, the swimmer appeared "disoriented, argumentative."

An officer stopped Phelps, who was driving 84 miles per hour in a 45-mph zone, at roughly 1:40 a.m. on Tuesday after the Olympian cleared the tunnel toll plaza, according to charging documents. The officer also observed Phelps drift out of his lane while driving toward the tunnel.

According to the documents the officer smelled alcohol in the car, and when he asked Phelps how much he'd had to drink, the swimmer said "three or four drinks," adding that his last drink was two hours prior and that he drank a glass of water before leaving the Horseshoe Casino in downtown Baltimore.

When the officer asked Phelps to get out of the car, the officer said he smelled alcohol on Phelps breath, and administered three field sobriety tests, including a walk and turn test. Phelps "broke heel to toe stance" several times throughout the examination and at one point began counting out loud. Phelps completed the test "while having difficulty with his balance while walking," the officer wrote.

Phelps was placed under arrest after initially refusing to take the one leg stand test. Shortly afterward, the officer wrote, Phelps asked to take the test by the side of the road, but "appeared disoriented, argumentative and did not attempt the test."

He did, however, end up taking the one leg stand test at the transit police station, but was "swaying slightly and did not look at his elevated foot as instructed," the officer wrote.

This is Phelps' second time facing DUI charges. Phelps was arrested and charged with drunken driving as a 19-year-old, fresh out of his second Olympic games where he won six gold medals.

If convicted of the latest charges, Phelps faces up to one year in jail, a $1,000 fine and the loss of his driver's license for six months. However, according to Baltimore-based attorney Andy Alperstein, who has represented other professional athletes facing DUI charges, if Phelps' sentencing is on or after Dec. 29, 2014 — exactly 10 years since his last sentencing — a judge could potentially grant Phelps probation before conviction for a second time.

Some attorneys say either way, Phelps is unlikely to serve any jail time.

"He's more likely to be eaten by a polar bear than go to jail for a year," said attorney Leonard Shapiro, a former prosecutor with the Baltimore County State's Attorney who specializes in drunken driving cases. "If incarcerated at all, it'll likely be for a weekend."