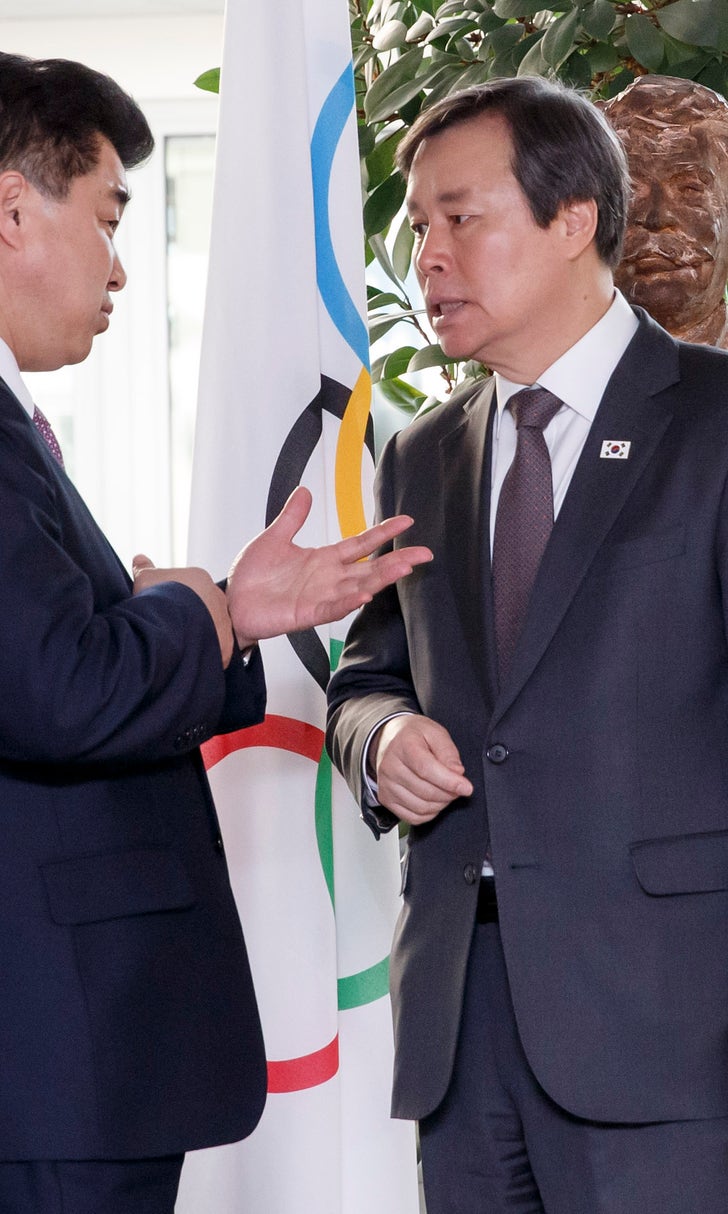 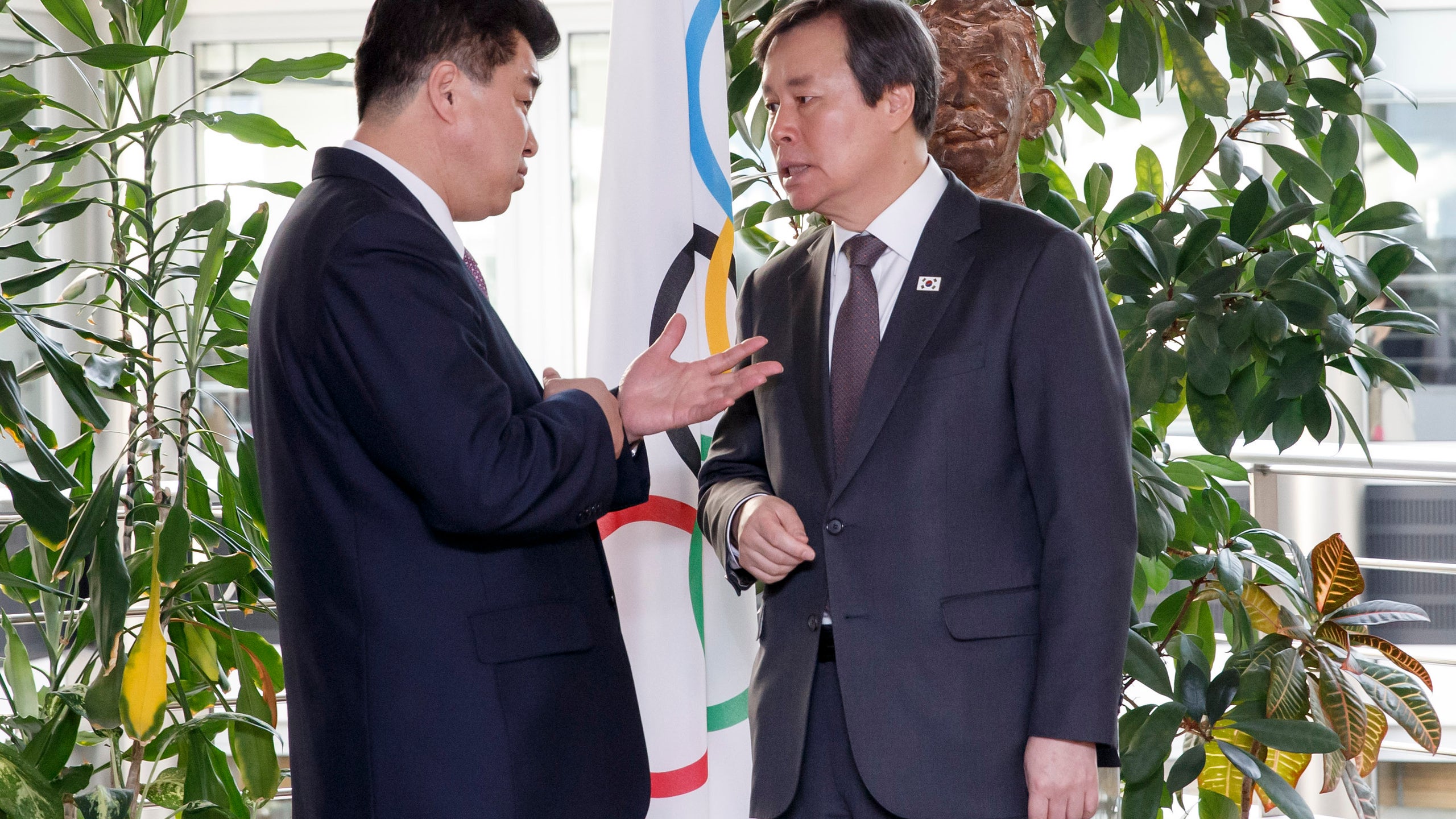 Koreas visit IOC about helping the North at Tokyo Games

LAUSANNE, Switzerland (AP) — The IOC received commitments from North Korea that it will work to "remedy" its anti-doping controls that led to the country's testing agency being suspended this week.

International Olympic Committee President Thomas Bach met with sports and government officials from North and South Korea on Friday, and they talked about creating combined teams in four sports to try to qualify for the 2020 Tokyo Olympics.

The four do not include the marquee South Korean sports of soccer and baseball.

Bach hosted Korean officials one day after the World Anti-Doping Agency announced North Korea's testing program was noncompliant for failing to meet international standards, raising questions about how its athletes are tested.

Bach said the senior North Korean delegate in Lausanne, Sports Minister Kim Il Guk, "expressed the full commitment of the government of the Democratic People's Republic of Korea to remedy this situation as soon as possible."

Kim stood next to Bach but did not speak to reporters.

The IOC said it was studying requests by the two countries' Olympic committees to set up combined Korean teams for 2020 qualification in women's basketball, women's field hockey, the mixed team event in judo, and men's and women's rowing.

Earlier, Bach also said the two countries expressed "the intention and the will" to bid to organize the Summer Games in 2032.