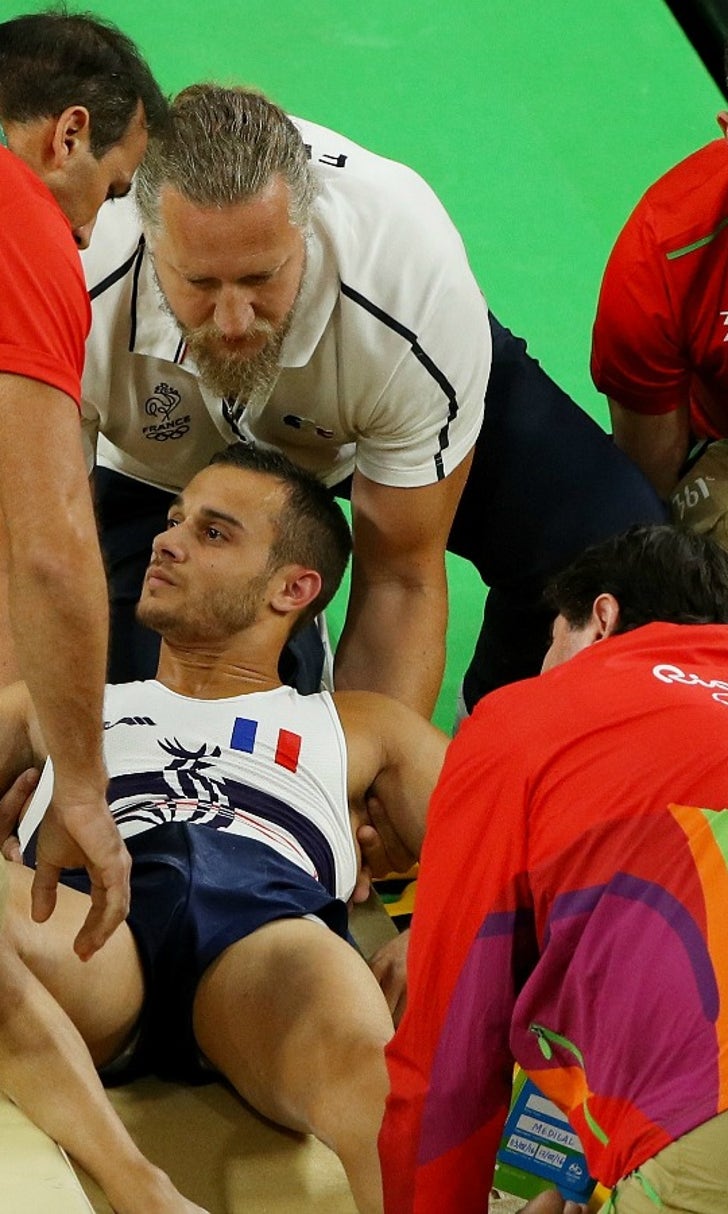 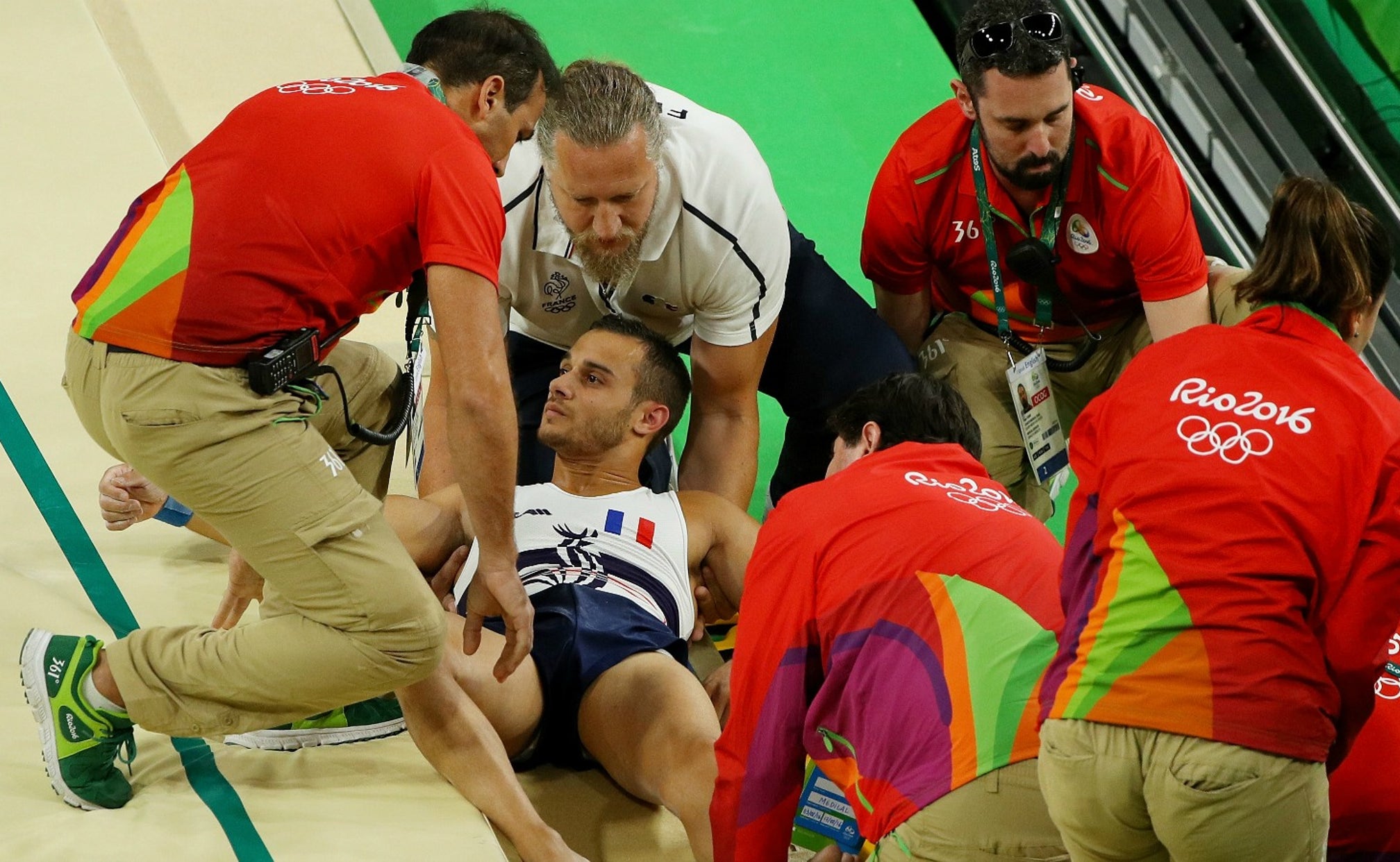 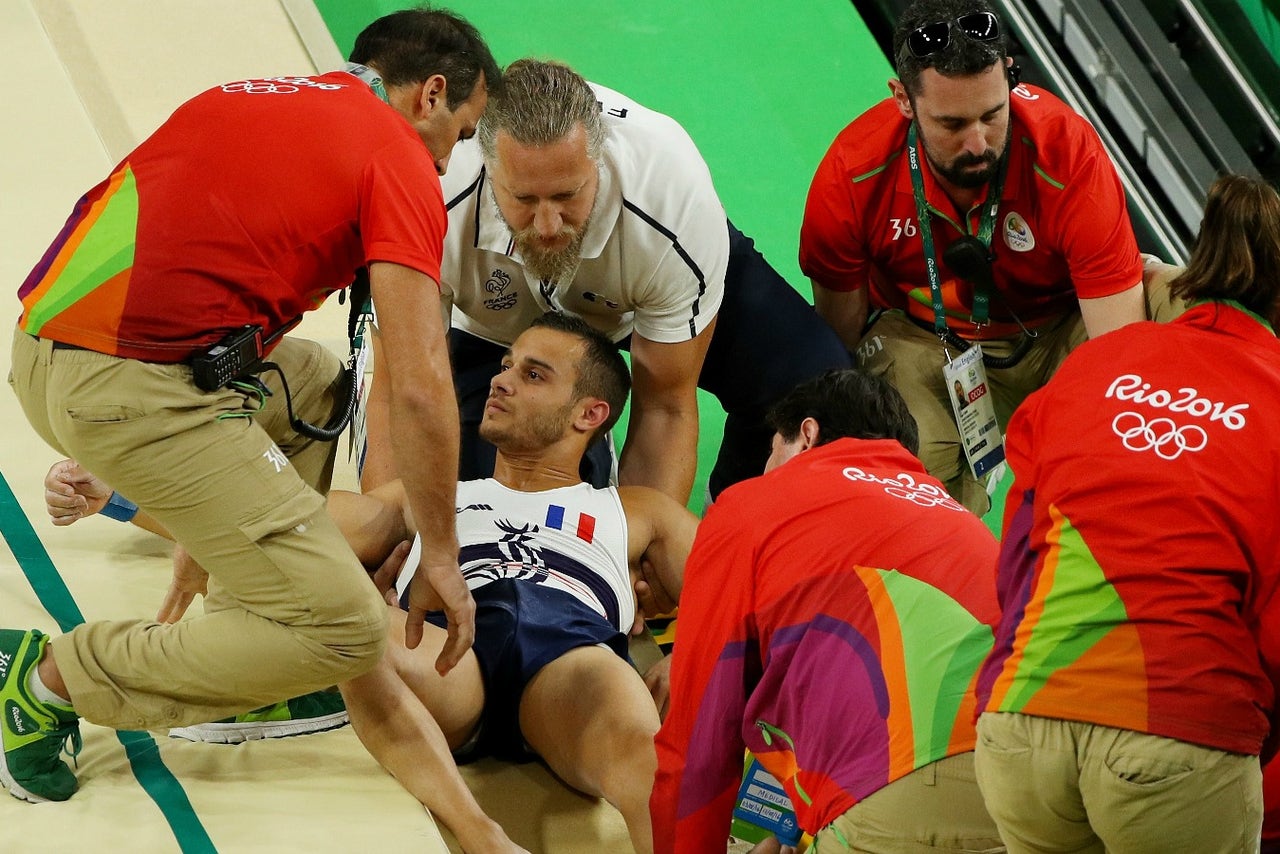 French gymnast Samir Ait Said left the vault event at the Rio Olympics on Saturday on a stretcher, waving to fans who applauded him after he suffered a terrible broken leg in competition.

USA Today's Nancy Amour reports that Ait Said's injury occurred as he attempted to land a jump in the vault. The break in Ait Said's leg was audible throughout the arena, stunning fans and onlookers with a loud cracking sound.

In short, it is a very troubling sight you really don't want to see. But if you must, well, here (Warning: VERY BAD / VERY TROUBLING VISUALS).

To his credit, Ait Said handled the catastrophic injury about as well as anyone could hope. The 26-year-old's teammates are taking it very hard, however.

"It was very difficult, very emotional," said French teammate Cyril Tommasone. "It's very hard for the French and for him. Very difficult."

"We will do more exams to see if it just the bone," French team leader Corrine Moustard-Callon said.

Other Olympians struggled with the vault on Saturday, and U.S. Olympic coach Mark Williams said that it bucks more than expected.

"It's got a little extra kick to it if you how to use it," Williams said. "We're just not used to having that little spring action. Guys needed to take more time to get ready for that."

Dan is on Twitter. He is not as tough as Samir Ait Said.